Jiujiu winter calendar gets into the festive foodie spirit

The Chinese, like their counterparts in the West, also have an Advent calendar. It is called the jiujiu winter calendar, which starts from Winter Solstice (Dongzhi) each year. Jiujiu literally means nine nines, and every nine days is a unit of time. And at the end of the ninth unit of time in the jiujiu calendar, it is the end of winter.

We are now in the “second nine” of the calendar, a time when “people put their hands in their pockets.”

After Minor Cold, which falls on January 5 this year, the festive mood is high. It is also fair to say that every Chinese festival is closely related with food. For example at the Laba Festival, people eat a type of congee made of several types of rice, beans and dried fruits.

This festive food is usually the embodiment of people’s good wishes for the New Year.

Shanghai Daily lists below some favorite festive foods to eat in winter, and where to find them in Hangzhou. 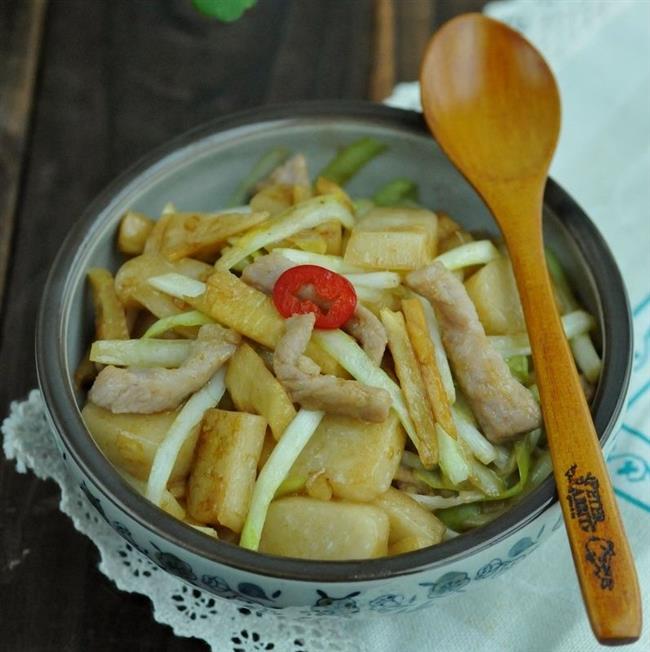 Rice cakes (niangao) have been taken as a festive food for a long time. It is said that in the past locals ate rice cakes all day in Winter Solstice. This is partly because of the homophone of the name niangao for growing up year after year.

You can enjoy rice cakes in a soup or stir-fried, and have it sweet or savory. In Hangzhou, a common way to serve rice cakes is to stir-fry them with shredded pork.

The rice cake slab is cut into small pieces, while the pork is steeped in cooking wine, mixed with salt and starch before use.

In authentic home-style cooking, winter bamboo shoots and yellow chives are added. And soy sauce is splashed on when pan-frying the rice cakes until the surface is slighted colored. Always remember the last step, add some water to the wok and stew the rice cakes for a few minutes until the sauce is thickened.

In some restaurants Chinese celery is used instead of yellow chives. But if you cannot tolerate the bitter taste, it would be advisable to ask one of the staff to take it out beforehand.

Where to eat: Zhiweiguan Restaurant 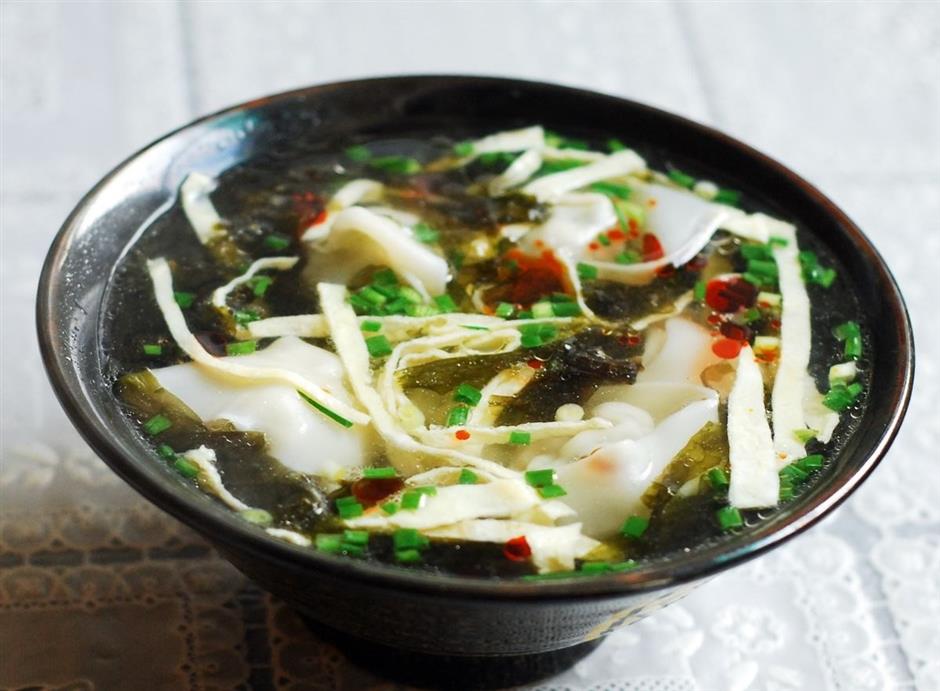 It was recorded that Hangzhou residents were eating wonton on festive occasions over 700 years ago. There is an old saying that goes: “Wonton in Dongzhi and noodles in Xiazhi (Summer Solstice).” The tradition is still kept in some parts of China.

In Hangzhou, wonton falls into two types. The small one has very little filling wrapped inside and it is generally prepared to eat for breakfast or a snack between the meals. The big ones are more like dumplings, served with soup. The fillings can range from minced pork, minced pork with shrimp, minced pork with egg yolk, minced pork with shepherd’s purse and shiitake. There are also vegetarian options.

Another condiment that can be found in the soup is danpi, or egg pancake. Pouring a beaten egg into a frying pan makes danpi. The egg is then made into a very thin layer of pancake. They are usually served in long slices in the soup.

Apart from wonton soup, restaurants in China and East Asian countries have also developed other ways of enjoying it. For example, deep frying wonton served with sweet and spicy sauces is a well-known Singaporean delicacy.

Where to eat: Xinfeng Snacks 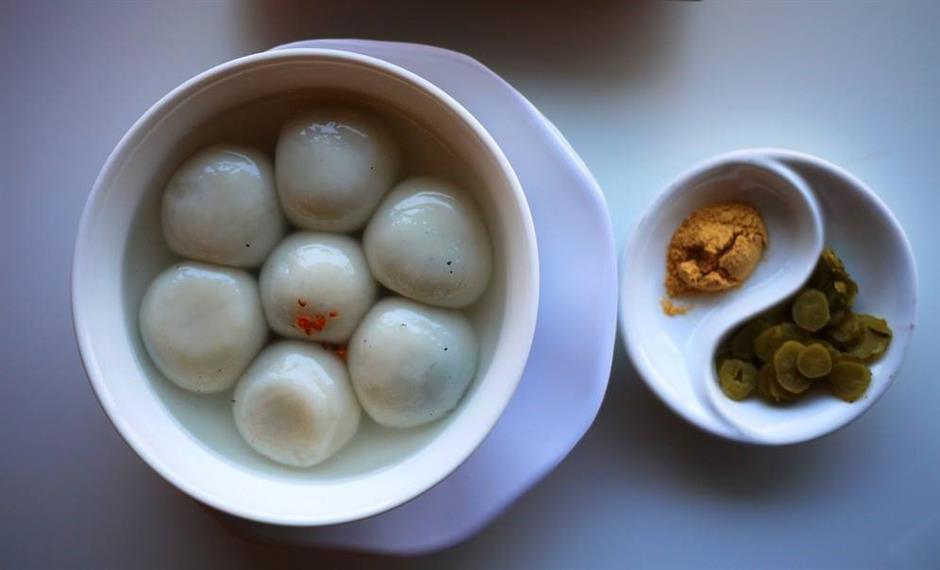 Tangyuan is another important festive food featured on many occasions, such as at the Winter Solstice, Lantern Festival or on a wedding day.

Similar to rice cakes, its name also relates to the good meaning of a family getting together. The round shape is considered to be a state of completion and satisfaction in a Chinese context.

There are also two types. The small tangyuan has no fillings at all while normal sized ones are much bigger.

There are several varieties to be found at a local market. Traditionally a tangyuan is stuffed with the sesame paste, which is made by blending ground sesame powder with sugar and lard.

The most notable tangyuan comes from Ningbo, in Zhejiang Province. In 2015, Ningbo’s time-honored restaurant brand, Gangyagou, opened its first store in Hangzhou.

The restaurant has also released other varieties to meet the ever-changing needs of customers.

Some get stuffed with durian, colored rice balls, and rice balls made with sorghum flour.

On Lunar New Year’s Eve, locals prepare a type of dessert called tiangeng (sweet soup), which is made of small tangyuan, with sliced apples, pears, tangerines and, sometimes, goji berry as well.