Haitang cake, a baked pastry made of flour, filled with red bean paste and sugar, is a traditional Shanghai snack. It originated in Wuxi in Jiangsu Province, and then made its way to Shanghai. The name “Haitang” was picked since the cake looks a bit like the Chinese flowering crabapple.

Crispy on the outside and soft on the inside, Haitang cake tastes sweet and fragrant. 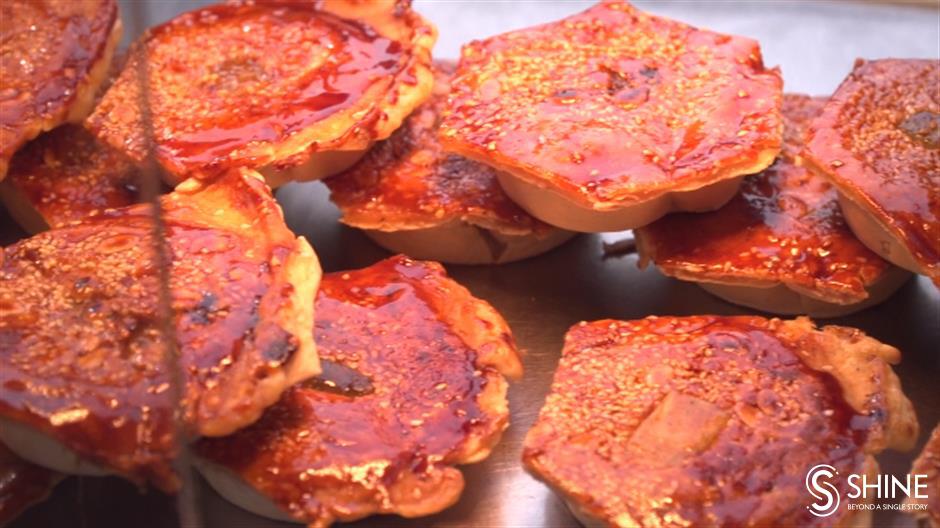 Liyuming, a Shanghai pastry chef, has been making Haitang cake in Yuyuan, or Yu Garden, for nearly 20 years. For him, it's not only a job, but also a duty.

He has his own principle: "A man should be frank and forthright, and his business too." He says following this strict principle means he has always made the best Haitang cake for his loyal customers. 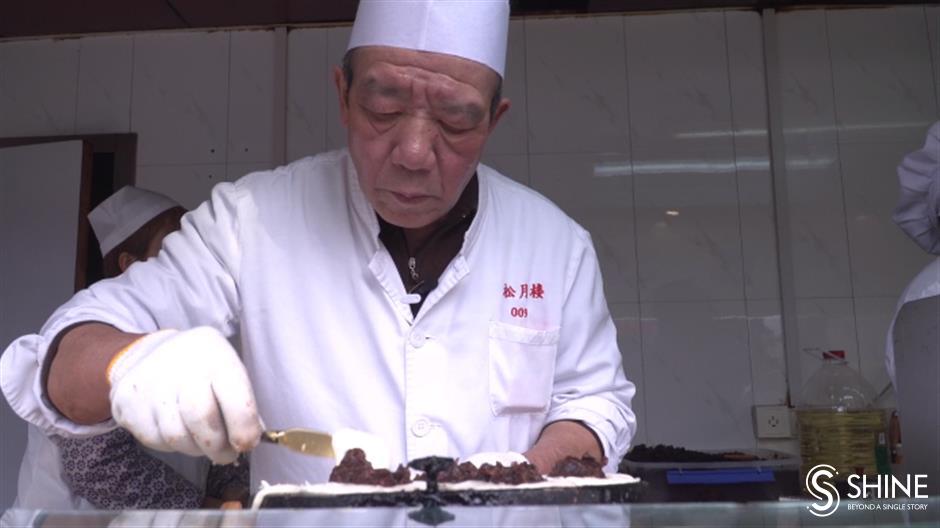 Special Reports
ADVERTISEMENT
61828
,
Cherries blossom in a glass of Sangiovese
Time to make the most of mussels
Marrakech, an exotic spice of culinary life
Hand mixers boom hits the nation
Serving up an authentic taste of Singapore
So you think you know noodles?
Michelin stars for restaurant's Taizhou cuisine focus
Restaurants find ways to adapt to outbreak
Snacks will keep your guests happy
The Cut Meatery calls out to local carnivores
EXPLORE SHINE