Countdown to Hangzhou's top of the hotpot hits

The best season to enjoy hotpot is, without a doubt, in winter. It is an easy dish to prepare at home and there is nothing more palatable than sharing a big banquet with friends and family. Shanghai Daily has had its chef hat on, listing three types of hotpot and offers recommendations at the end of each section. 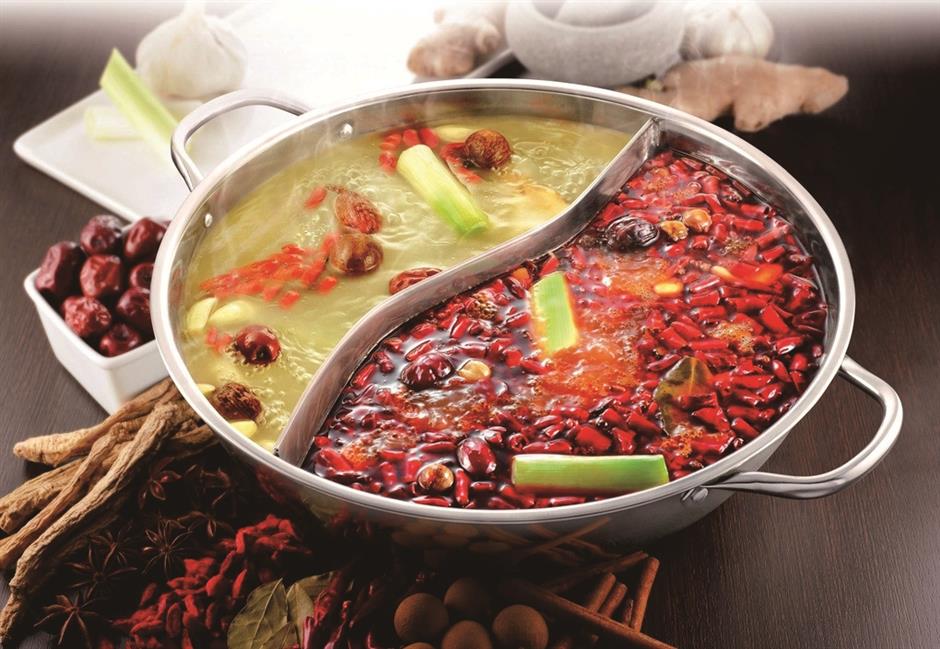 If there was a ranking list for top of the hotpots, the worldwide-known Sichuan-style hotpot would probably top the chart.

The red chili pepper, Sichuan pepper, star anise, cinnamon and several kinds of spices are saturated in a soup, which is stewed with butter and beef bone for hours.

It is a feast for the taste buds, although it may represent a challenge to those who are not used to spicy food. Even in a city like Hangzhou, where spicy dishes are not a part of its culinary history, Sichuan restaurants and their hotpots really hit the spot.

It is said that Sichuan people use spices to confront the moist and cold weather. But there are two options, if you don’t like your food too spicy; you can order a two-flavored hotpot, one half in a spicy soup base and the other half in a plain soup stock.

Authentic Sichuan hotpot restaurants will always serve two kinds of dipping sauce: the youdie (the oil saucer) is basically sesame oil with chopped garlic, while the gandie (the dry saucer) is a mixture of several powder spices. Experienced gourmets cook the meat before the vegetables. Things like potatoes and Chinese yams are then put into the pot. The must-orders include fresh pork aorta, beef tripe and duck intestine.

Where to eat: Chuanlu Restaurant 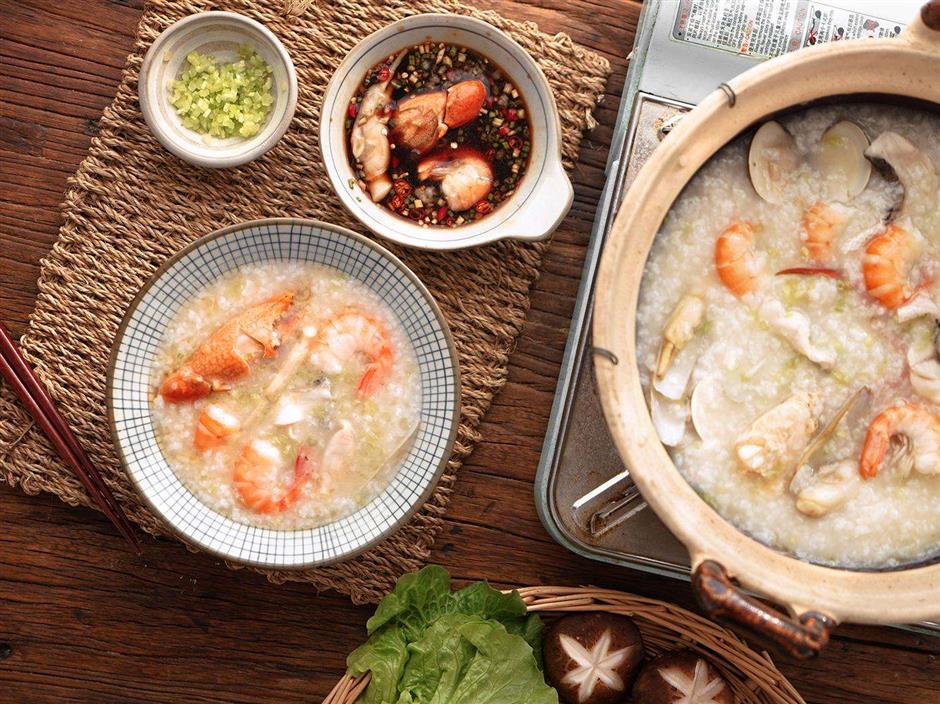 Shunde is a historical district under the administration of Foshan City in Guangdong Province. It is also known as a birthplace for several distinctive snack foods and desserts.

Shunde is also the place where the special congee hotpot originates. Guangdong people are known for their love for congee, seafood and beef, and Shunde people take them all in one hotpot.

The congee base used in the hotpot is called wumizhou, referring to the fact that “no concrete rice” is found in it. Two varieties of rice are mixed and boiled under small heat for hours until the grains of rice dissolve.

Compared to the spicy Sichuan-style, the congee hotpot seems to be more compatible with what Guangdong locals ask for in a healthy diet. And cooking in congee preserves the tenderness of the food.

Typical seafood that goes with hotpot includes crabs, oysters, fish fillets, mussels, clams and king clams. The fresh shrimps are fixed on skewers and put into the pot directly.

The Guangdong-style beef balls are purely hand made. Locals spend up to 40 minutes or more beating beef tenderloin, or beef thigh slices, with two cuboid shaped steel clubs until they are ready.

Beef balls made in this way are especially tender, bouncy and juicy when served in a soup or a hotpot.

Where to eat: Yueshun Restaurant 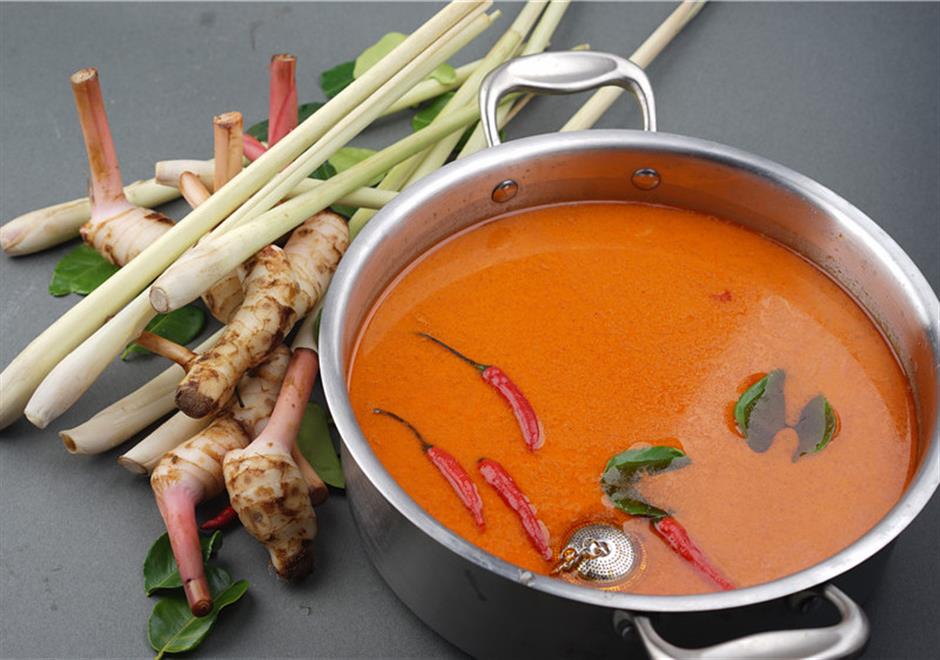 Outside of China, hotpot is also popular in other Asian countries such as South Korea, Japan, India and Thailand.

The Thai hotpot, just like other Thai cuisines, features a lot of herbs and fragrant spices. There are several types of soup base for a Thai hotpot, the most prominent being the tom yum goong and tom kha gai.

Tom yum goong is actually one variety of the Thai-style spicy and sour soup, under the umbrella term of “tom yum,” with “goong” meaning shrimp in Thai language. And the mind-blowing taste brought by fresh lemongrass, galangal, kaffir lime leaves, Thai chilies and fish sauce, added in the soup, has made it a most soothing food remedy in wintertime.

There are two variations of the soup, one is shrimp in clear broth, while the other is added with evaporated milk, which is evidently more popular and common now in restaurants in Hangzhou.

If you prefer a coconut milk version, you may like the tom kha gai, which is literally chicken galangal soup.

The herbal ingredients are similar except that the tom kha gai features a dominant taste of galangal.

The dipping sauces for the Thai hotpot is different from Chinese. They all feature a sour taste flavor, with a strong fragrance of herbs as well.

Where to eat: Vision Siam