From humble hawker to restaurant chain, the rise of Hangzhou's street legends

Street food is the antonym of a high-end restaurant menu. It is humble, monotonous and inconspicuous — and usually hidden in a back street or in some filthy uninhabited corner.

In a city like Hangzhou, street hawkers are probably harder to find now than they were 10 years ago. But those who have remained are now regarded as “street legends” and people will often travel from one side of the city to the other just to get a fresh bite from their ovens.

Shanghai Daily lists below some common street food found in Hangzhou and reveals how the several of the hawkers grew their business from humble origins into something grander in scale. 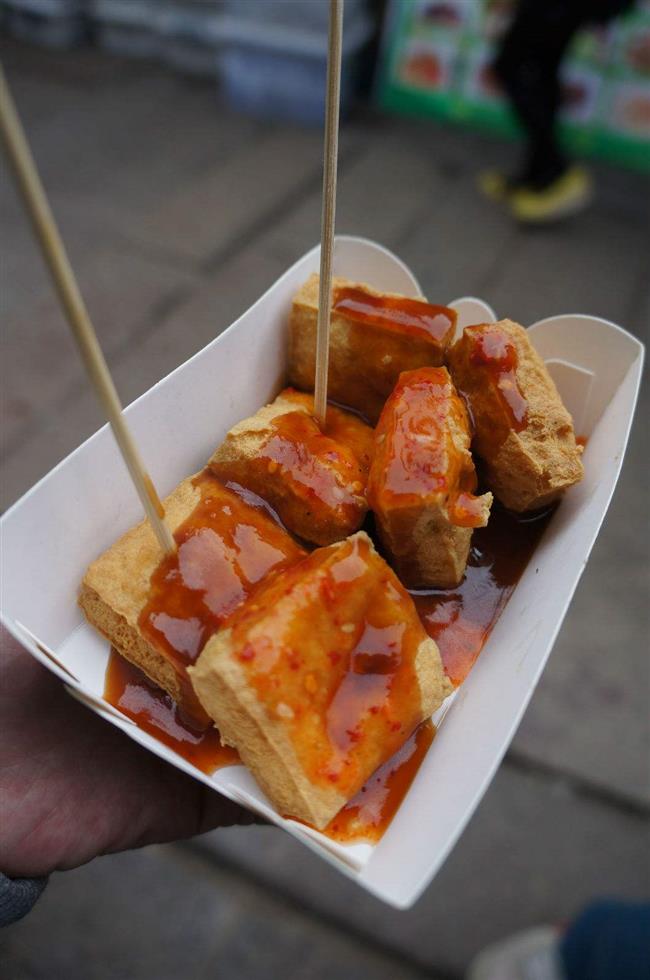 Stinky tofu is regarded by some as the must-have street food, although it is fair to say it is hated by others. One man’s poison is another man’s perfume, as the saying goes.

The distinctive taste comes from the fermentation of tofu in a specially made brine. It could also be served as a dish steamed with beans and minced pork. But the popular way to have it in Hangzhou is deep-fried.

The tofu is sliced into small cubes and fried until it turns golden and crispy on the outside. It is then placed on a disposable plate with red spicy dipping sauce on top.

If you ask a local where to get authentic stinky tofu in Hangzhou, people will very probably recommend Fat Lady’s. The fat lady herself is Wu Meiyun, and her food cart was part of the nightlife on Pinghai Road for several years.

Back in the mid-1980s, the West Lake Cinema on Pinghai Road was one of the few cinemas in town that played midnight movies.

Wu had a daytime job back then but would come out after 10pm to serve stinky tofu, tea eggs and rice cakes to people coming out of the cinema and to taxi drivers working late on night shifts.

With the entertainment industry thriving in the area, Wu’s vendor drew more attention and she even appeared as a guest on a TV show in Hunan Province last year when her newly renovated store opened in one of the prime locations near West Lake. 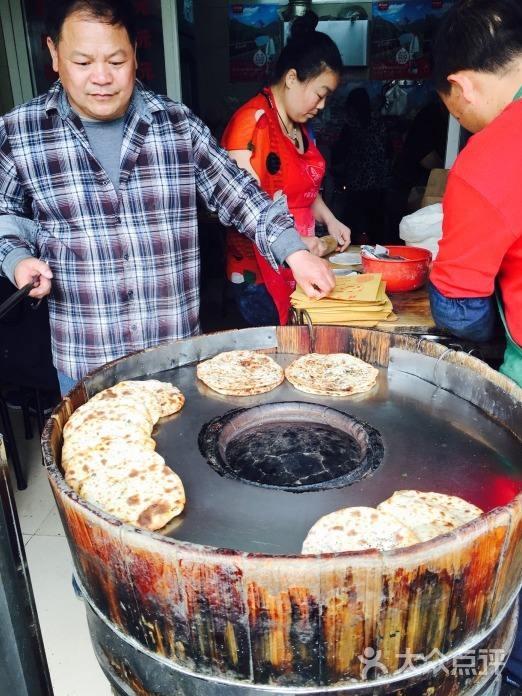 The inspiring success of Ying Xianhuang has been circulating on the Internet for quite a while now. He is the baker and owner of the Fatty’s Shaobing, but Ying originally started out as a small vendor near Xuejun High School on Wensan Road.

It was a favorite of high school students originally but, owing to Ying’s diligence and integrity, the name of the Fatty’s spread to office workers, local residents and even foodies from other cities.

There are two basic flavors at Fatty’s, the sweet one and the spicy one.

Fatty’s shaobing, unlike what you may have seen elsewhere, is a flat, crispy bread filled with scraps of minced pork belly and meigancai, a dry pickled Chinese mustard from Shaoxing City in Zhejiang Province.

After the dough is pressed flat, it is placed on the inner wall of a cylinder-shaped oven with a pair of iron tongs. The freshly baked ones are the best. The unique aroma brought by meigancai, together with the crunchy texture of the bread, is the main reason why so many people love it.

After 20 years on the street Ying opened a small storefront, where he hires five employees. His son also joined the family foodie game and opened his own store in another district of Hangzhou.

One thing is for certain, Ying’s customers always return for his shaobing as it gives them a rare taste of their teenage memories. 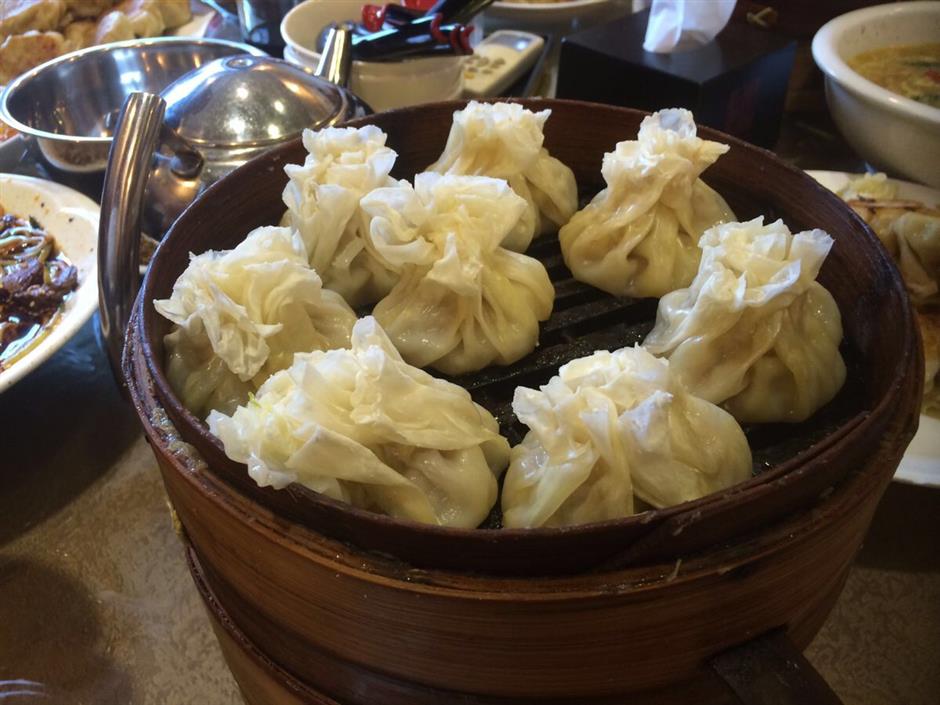 Shaomai served in a bamboo steamer

Zhou Xianhua is a native, born in Jianggan District of Hangzhou. She owns a breakfast vendor that was originally run by her father.

Every morning, she would push the trolley up to the city center, hawking self-made wontons and shaomai, among other items, before taking up residence in a shop.

Older residential apartments in Hangzhou, built between the 1980s and 1990s, are generally six or seven stories high. The first floor, or basement, is used as a garage for parking bicycles. Yet this is where Zhou based her business, in the garage.

By keeping a fresh food supply, and the same production procedure, word-of-mouth saw people from other parts of the city flock in their hundreds just to try her dim sum and especially the shaomai.

The filling of shaomai features chopped bamboo shoots and minced pork. The bamboo shoots are cut into no more than 1 cubic centimeter each. The wrapper is then folded, with the opening on top resembling that of a woman’s pleated skirt. They are then placed in a bamboo steamer and served. Vinegar is often added inside shaomai to balance the meaty taste.

Zhou has become a brand name around the city and her business has expanded into several Hangzhou shopping malls.