Shanghai is the first city on the Chinese mainland to get a Shake Shack. The modern day “roadside” burger outlet chose Xintiandi for its first Chinese venture, reflecting its original spirit when it first took off from New York City’s Madison Square Park when the buzzing vibe, the outdoor patio, the trendy locals made it a hot destination in town.

Without any promotion, Shack fans lined up in front of the newest outlet on January 24 in the north block of Xintiandi. Since the original Shack opened in 2004 in Madison Square Park, the company has grown in popularity and expanded to more than 200 locations in 26 US states and the District of Columbia, over 70 locations, including London, Hong Kong, Istanbul, Dubai, Tokyo, Moscow and Seoul.

The 144-seat Shanghai’s Shack features outdoor patio seating in the heart of Xintiandi with its design inspired by the location’s shikumen architecture as a nod to the local culture and heritage. The kitchen area shows Shake Shack’s iconic corrugated aluminum and white marble counter. Chinese-Swedish artist Camilla Engstrom painted lush Chinese landscapes decorated with signature Shack items throughout the space. 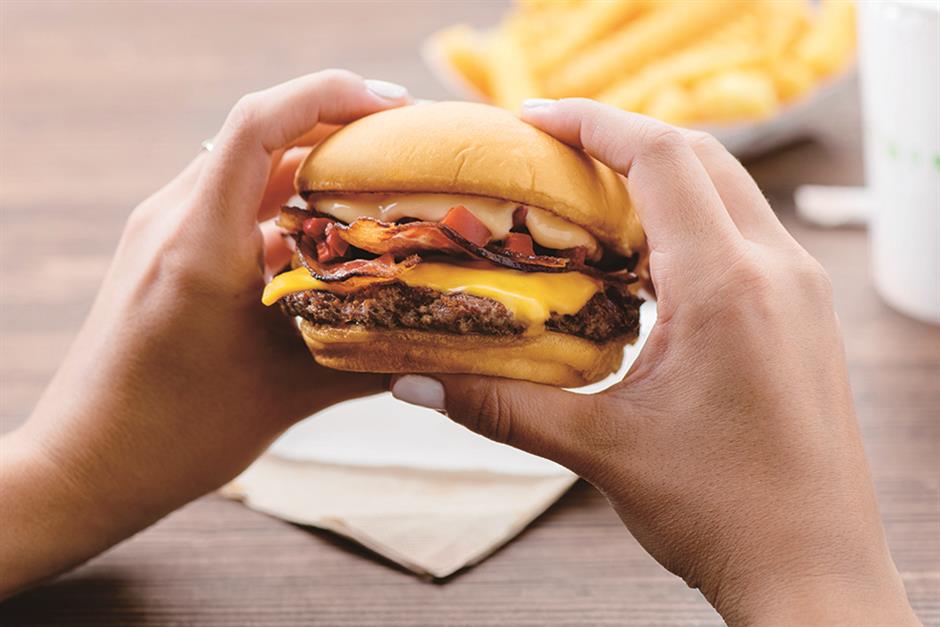 Shake Shack is known for its 100 percent all-natural Angus beef burgers and flat-top Vienna beef dogs (no hormones or antibiotics). With a rough memory of trying its classic burger in Madison Square Park four years ago, I was excited to taste it again here. The classic ShackBurger (47 yuan/single) is a safe choice — a deliciously meaty stack of bun, Angus beef, topped with lettuce, tomato and house-made ShackSauce. I especially liked the SmokeShack burger (58 yuan/single), a riff on the classic burger but topped with Applewood smoky bacon and cherry peppers instead of lettuce and tomato. It simply gives an extra layer of pungent taste, leaving a strong impression.

Since Shake Shack began as a hot dog cart in New York, the Flat-Top Dog, which is all-beef and served on a non-GMO Martin’s Potato Roll, has a special significance to the brand story.

The famous Crinkle-cut Fries are the perfect pair for a burger or dog, served plain or with a Shack blend of American and cheddar cheese sauce. The Cheese Fries (34 yuan) are tasty and just make you want more. 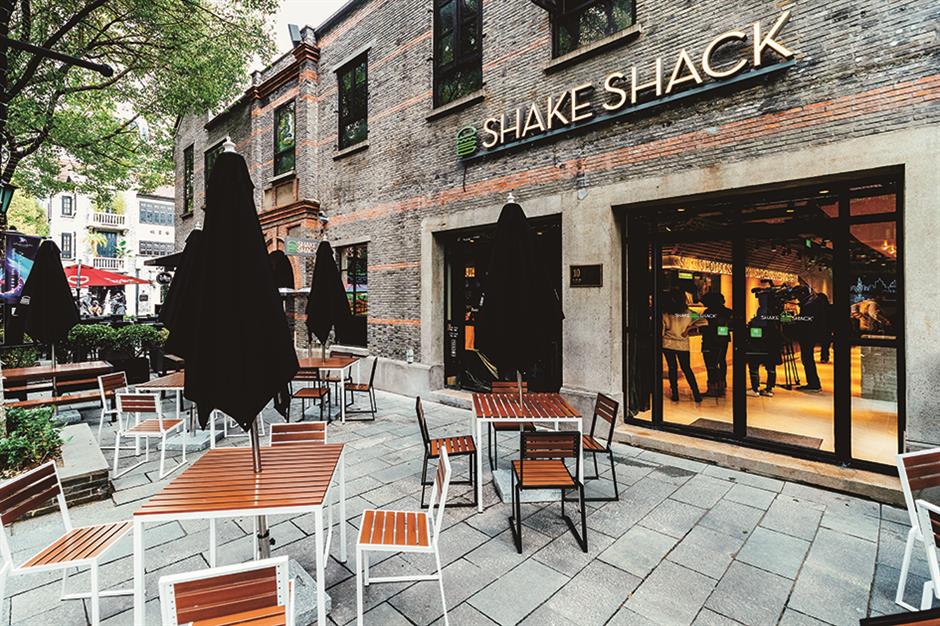 Shake Shack is a lively community gathering place with its fresh, simple, high-quality food offering, thus serving well its motto: “Stand for Something Good.” According to CEO Randy Garutti, the Xintiandi Shack will donate 5 percent of the sales from its Straw-Bei Li Cheesecake concrete (exclusive local item) to Flying the Hope, an educational assistance program for the underprivileged.

Special Reports
ADVERTISEMENT
,
Cherries blossom in a glass of Sangiovese
Time to make the most of mussels
Marrakech, an exotic spice of culinary life
Hand mixers boom hits the nation
Serving up an authentic taste of Singapore
So you think you know noodles?
Michelin stars for restaurant's Taizhou cuisine focus
Restaurants find ways to adapt to outbreak
Snacks will keep your guests happy
The Cut Meatery calls out to local carnivores
EXPLORE SHINE