Take a bite out of an Italian street food tradition

You can’t say you’ve been to the Renaissance city of Florence if you don’t stop by one of its street food stands and try a Tuscan street culinary tradition — lampredotto.

For those who have never been to Florence and curious about what it is, head to Trippa Lampredotto near Zhongshan Park — a small eatery hidden inside a basement that sells what Italians love to eat — a favorite among all Italian comfort foods.

A lampredotto bun is a Florence tradition and it’s said the owner is a Shanghainese who studied in Florence before returning to his native city.

He opened the food stand with a few seats around it. Nothing fancy, you come here for a decent lampredotto or trippa panini. They also offer other Italian fast food staples such as lasagne bolognese as well as pizza slice or focaccia. 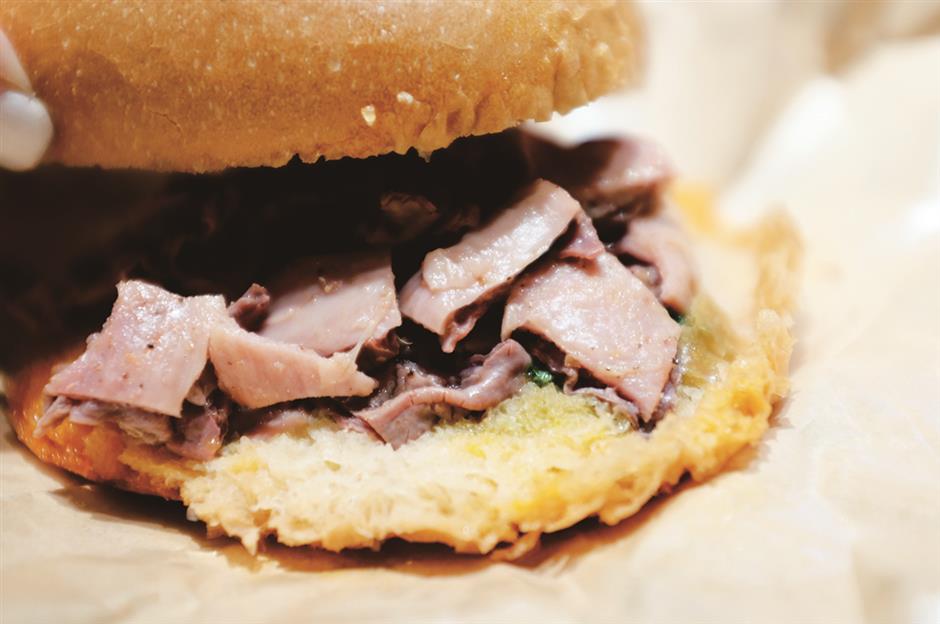 The signature dishes are panino lampredotto classico (31 yuan) or panino trippa (33 yuan). Simply put, trippa is tripe — the edible lining of a cow’s stomach. While tripe is eaten elsewhere, lampredotto is a local specialty for Florence — it is the fourth and final stomach of a cow, generally slow-cooked with tomato, onion, parsley and celery until it has the texture of tender roast beef.

Here, they boil the lampredotto for four hours in a broth containing herbs and tomatoes. After you order one, they cut it into strips, put in a crisp bun called semelle (half of which, on request, is soaked in the broth) and top it with green sauce and additional spicy oil if one prefers more taste. 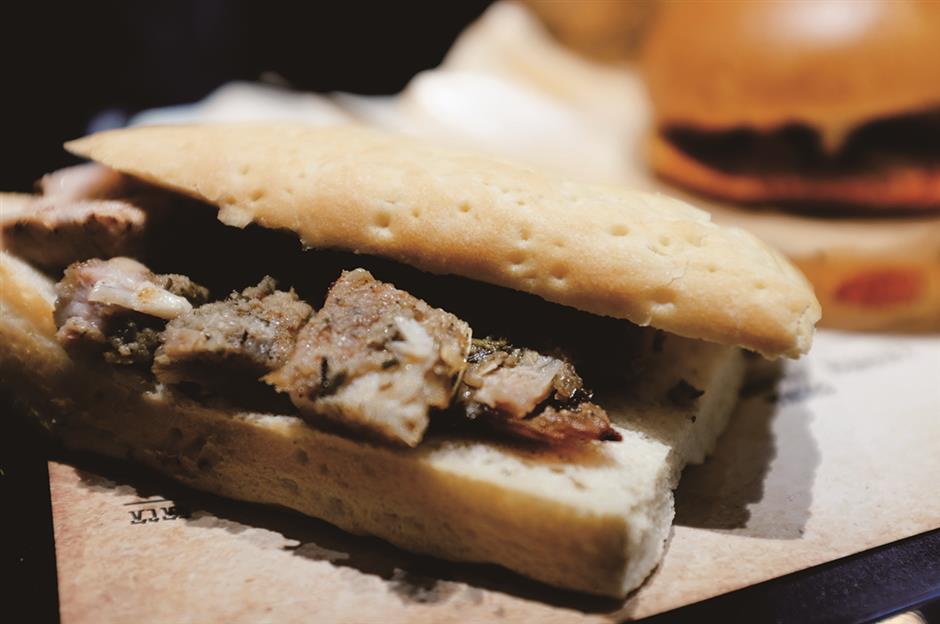 I found it basically authentic yet a bit too tender compared to the original ones in Florence. And you might need to add a bit more salt for a better taste.

I also tried their porchetta bun (29 yuan) and found it more delicious. Warm, tender and moist porchetta with fragrant rosemary served in a crisp bun was a delightful comfort food during the daytime. You can also choose focaccia instead of the crisp bun at the same price. The simple food stall captures the essence of the street food tradition with the simple menu and drinks for a non-fuss meal at around 40 yuan.