Come and taste the real spirit of Beijing

A new cocktail bar and restaurant dedicated to traditional Beijing cuisine recently opened its red door inside the serene square of Jiashan Market in Xuhui District.

On the second floor of long-time Malaysian restaurant Cafe Sambal with a stairway leading up to the main entrance, opening into an intimate space accented with nostalgic detail reminiscent of old Beijing.

Peking Inn pays tribute to the Beijing owners’ love for their native city. The interior is decked out mostly in Chinese red, marble tables, plush booths and a sleek neon-lit bar that adds a contemporary look.

The dim-lit dining space boasts 60 seats and a private room for up to 10. It is ideal for dining for two or small groups. The central bar area with velvety armchairs and booths is perfect for before or after dinner cocktails thanks to the creative, extensive list of signature cocktails. 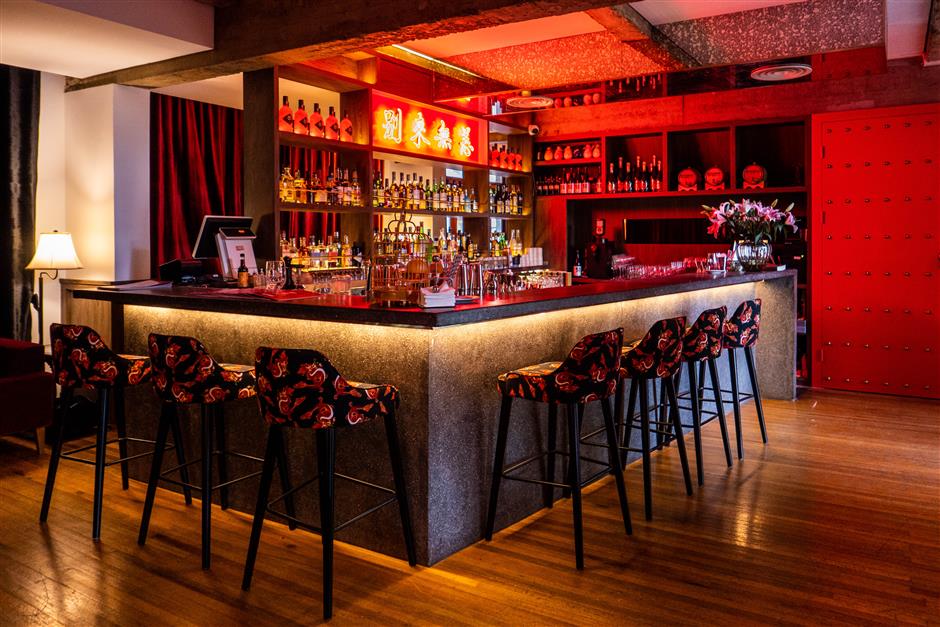 The interior is decked out mostly in Chinese red and marble-top tables, plush booths and a sleek neon-lit bar.

It’s all about the taste of home.

And the capital is not only known for its famous duck but also its chunbing (a thin spring pancake) which is considered the backbone of the menu here.

Chunbing is a traditional dish in northern China, primarily Beijing, and is typically eaten to celebrate lichun, the beginning of spring. People buy a bit of everything, cooking up a wide variety of small plates, and wrapping these dishes in the thin flour pancake. 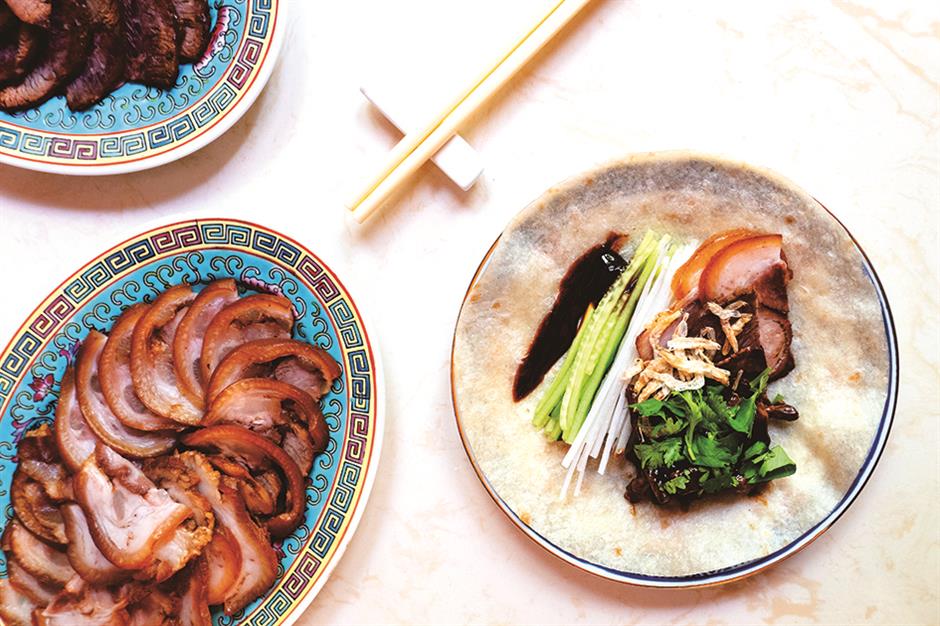 It’s a very northern dish. If the leek taste is too strong for you, go for the more classic jingjiang rousi, which coats strips of pork in a thick sauce made with fermented sweet bean paste and light soy.

I found it a bit overly sweet but when mixed with scallions, it’s well balanced.

Peking Inn also prides in its signature cocktail menu in partnership with acclaimed mixologist Chris Xi. Xi uses mostly Chinese spirits as the cocktail base such as baijiu, shaoxing rice wine, and qingke jiu. The inspiration for these drinks comes from the desire to elevate Chinese homegrown spirits and increase its popularity as a cocktail base.