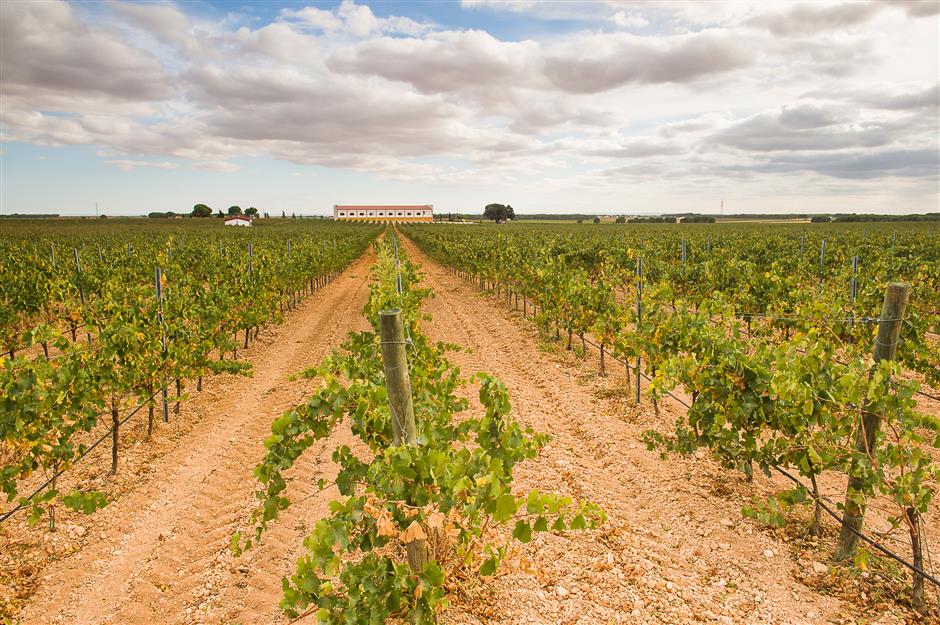 Shanghai is making important progress in waste management and protection of the environment. Advanced new garbage regulations have been implemented and, while initially a tad troublesome to a few, they are important and necessary to the future of our beloved city. Change is the one constant in our progressive city and I’m enthusiastically on board. Tying the topic of garbage into this week’s wine column, well, that’s another matter. Perhaps etymology can help.

The word garbage first appeared in the English language in the late 16th century and was used to refer to waste parts, giblets and other unwanted parts of fowls. Today, many of these fowl parts are no longer wasted or considered garbage, this too is a form of progress. Wines, like words, evolve and today many wines discerning drinkers would formerly consider garbage or unfit for human consumption are becoming more acceptable and, in some cases, even fashionable. One example comes from the sunbaked heartland of Spain.

Arid but still remarkably fertile, the region of La Mancha is an elevated plateau that stretches between the Toledo Mountains and the western part of the Cuenca hills to the La Alcarria region to the north and the Sierra Morena to the south. It encompasses parts of the provinces of Cuenca, Toledo and Albacete and most of Ciudad Real.

The region is famous for Manchego cheese, saffron and windmills. The later were made particularly famous by the great Spanish writer Miguel de Cervantes in his masterpiece, “The Ingenious Gentleman Don Quixote of La Mancha.” Some say it is greatest book ever written.

Don Quixote is actually two books written a decade apart (1605 and 1615) that laments the loss of chivalry. In the first book, the idea of farce is quite prominent, while the second book has a more serious and philosophical tone. And for many years international wine connoisseurs considered the wines from La Mancha more farce, and definitely not serious or philosophical.

Wines have been produced in La Mancha since ancient Roman times but for much of the 19th and 20th centuries, quantity was emphasized over quality. This was home to infamous high-alcohol bulk wines that were used to fortify the fruitiness and alcohol of wines made in more famous Spanish and French wine regions to the north. However, over the past 15 years the quality of wines from La Mancha have benefited from new investment and technology as well as a quality-focused mindset by a growing number of producers.

La Mancha is the largest delimited wine region in Europe and the largest continuous vine-cultivating area in the world. Occupying nearly half of the enormous Castilla-La Mancha region, the La Mancha viticultural areas cover vast expanses of the central Iberian Plateau. The region is also bordered by Valencia and Murcia to the east and Extremadura to the west. To the south is Andalucia.

Castilla-La Mancha is home to nine Denominación de Origen (DO) appellations, the largest being La Mancha DO. The region also boasts eight Vinos de Pago estates, a designation of growing prominence. All the wine regions in La Mancha boast more than ample sunlight with an average of 3,000 hours of sunshine a year. The climate can be described as extreme continental with summer temperatures reaching 40 degrees Celsius and winter freezes below zero. The topsoil is largely red clay with subsoils of chalk and limestone that have excellent water retention qualities.

The combination of abundant sunshine and arid climate means La Mancha has no problem making ripe and fruity wines. The challenge for the best producers is freshness and elegance, something they try to bequeath to their wines by harvesting earlier and using more advanced wine-making technology and equipment. In the 21st century, early results have been promising so the wines of La Mancha can no longer be considered garbage. While bulk wines and indifferent bottle vino is still produced, an increasing number of fine affordable wines are being made.

The red wines of La Mancha range from easy-drinking light wines and affordable to more serious wines with oak aging.

Tempranillo, locally referred to as Cencibel, is the most important red variety with the international grapes Cabernet Sauvignon, Merlot and Syrah also popular. Traditional Spanish varieties like Monestrell, Garnacha and Bobal also are widely planted. Airen is the most cultivated white variety but many of the promising white wines are made using Chardonnay, Viognier, Verdejo and Macabeo grapes. Because a large number of indifferent wines are still produced in La Mancha, picking the right producer is essential. Fortunately, several have wines available in Shanghai. I recommend Felix Solis, Castello de Valdesco, Saint Cass, Torre de Barred and Castillo de Gran Tierra.

So after you sort out your trash one of these hot Shanghai summer days, may I suggest you pick up a copy of Cervantes’ great novel and enjoy it with a few glasses of slightly-chilled red wine from La Mancha. Taking good care of our city’s precious environment never tasted so good.