Grand, glorious and flourishing are words commonly used to describe the Tang Dynasty in Chinese history books. The Tang Empire is regarded a golden age of Chinese civilization and culture when cities expanded quickly. Chang’an, the present-day Xi’an in Shaanxi Province, was the most populous and bustling city at the time.

The cuisine of the Tang Dynasty was in a period of transitioning from the rough eating traditions of previous dynasties to the refined culinary culture of the Song Dynasty (AD 960-1279).

Tang Dynasty lifestyles were polarized. On one hand, the rich and entitled class lived a superior life. They had more than enough to spend and squander like spending 100,000 guan (a currency at the time equal to 1,000 copper coins) on a single feast, or the tale of Emperor Xuanzong sending his fastest steeds to southern China to bring back lychee, a favorite of his beloved consort Yang Yuhuan.On the other hand, poor people and lower-class officers had to live on a simple diet of coarse food.

In the series adapted from Ma Boyong’s novel of the same time, some down-to-earth delicacies which are featured are popular today and can be found easily in the right place or the right season. 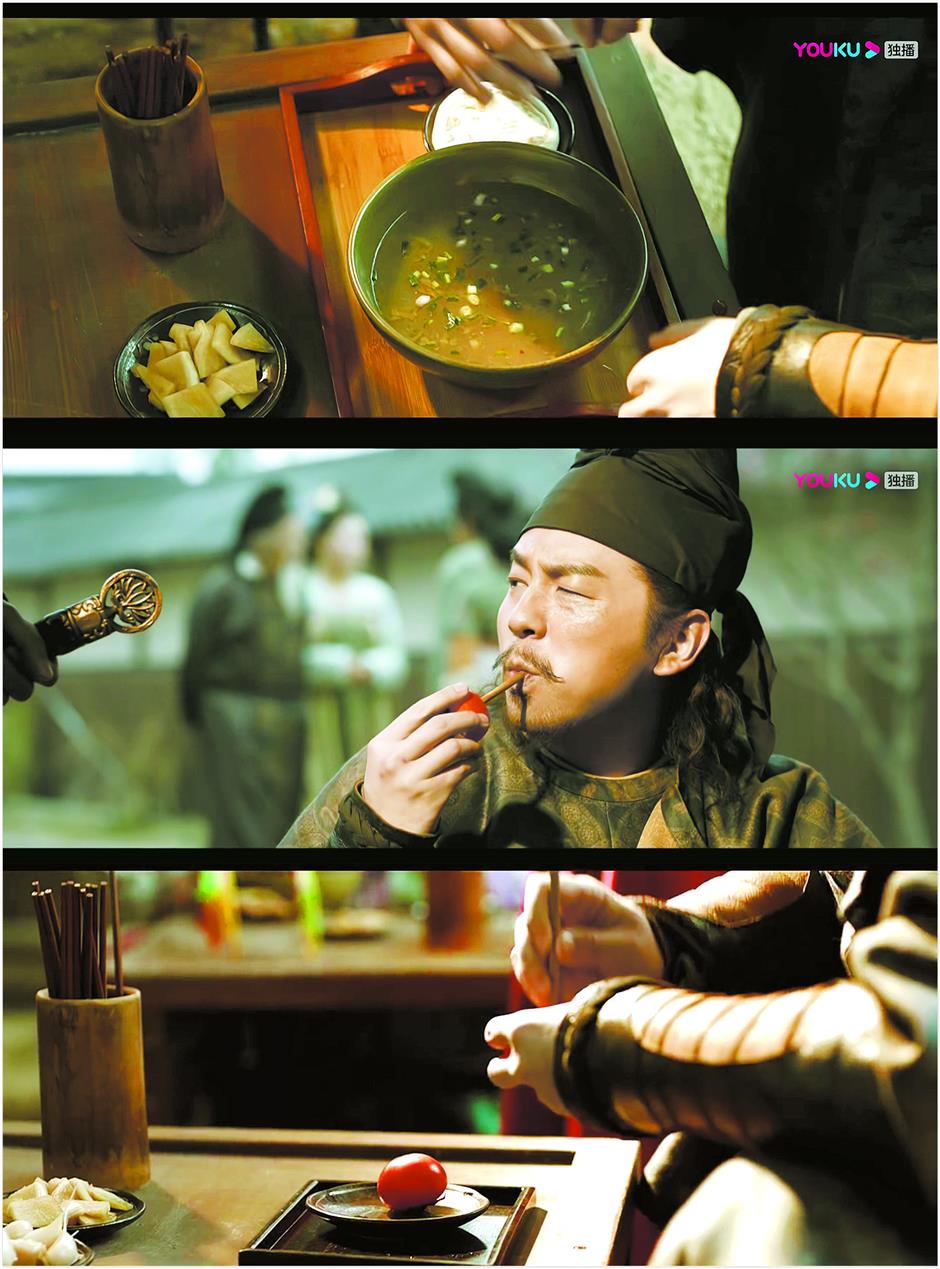 In the drama series “The Longest Day in Chang’an,” the protagonist Zhang Xiaojing orders basin mutton and drinks a fire crystal persimmon with a wheat straw.

In the first episode, the protagonist Zhang Xiaojing went to a street stall to eat shuipen yangrou,which translates literally as basin mutton, after he was released from jail.

This mutton soup dish is a traditional specialty in some parts of Shaanxi. Served hot in large bowls, the soup must include lean and fatty cuts of stewed mutton, with enjoyment of the original, sumptuous flavor of the broth and meat the key.

Basin mutton is served with plain baked flatbread on the side. Today, people may drizzle some chili oil on top of the soup to boost its flavor, but youpo lazi, the sizzling local condiment, didn’t feature in the Tang Dynasty, so cilantro or green scallions could be used to add flavor.

Don’t mistake basin mutton for another Shaanxi specialty, the bread soaked in mutton soup. The latter is a mutton soup dish that boils tiny bits of baijimo, a baked bread made of semi-leavened dough, in mutton soup with some thin vermicelli.

Mutton was the protein of choice in the Tang Dynasty when butchering cows for no specific purpose was forbidden, as cattle were critical in farming. Among the meats consumed at that time, mutton occupied the highest percentage. People considered mutton to be a great delicacy and eating mutton was a lifestyle that many people longed for.

There were different ways to cook mutton in the Tang Dynasty, like grilling, stewing or steaming. The nourishing meat was also regarded as food therapy. 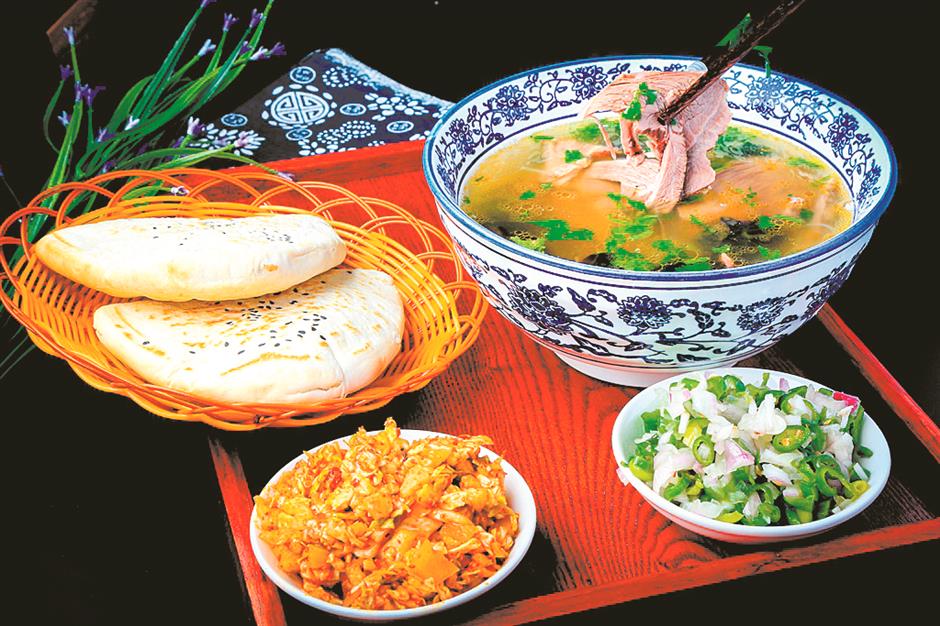 Persimmon is a typical fall season fruit in China and there are a number of varieties with different tastes and textures cultivated across the country from north to south. For example, the yellowish persimmon from the Guangxi Zhuang Autonomous Region is very crunchy, while most persimmons grown in the north are soft.

The fire crystal persimmon featured in “The Longest Day of Chang’an” is known as huojing in China and grows in Lintong, Shaanxi Province. This special cultivar is as shiny red as a fireball yet clear as crystal, hence the name fire crystal.

The fire crystal persimmon is small in size, utterly soft, smooth and juicy. It has a super thin skin that peels off easily and no seeds stand in the way of a hearty bite. The persimmon is as sweet as honey and has long been regarded a treasure among Chinese fruits.

In the drama series, Zhang first used a wheat straw to enjoy the juice-like flesh of the persimmon before peeling off the skin to eat it. It’s a doable and fun way to eat the fire crystal persimmon.

In Shaanxi, there’s another persimmon cultivar known as huoguan, or fire pot. Its shape is slightly different from huojing and has seeds, but the taste is also very sweet. 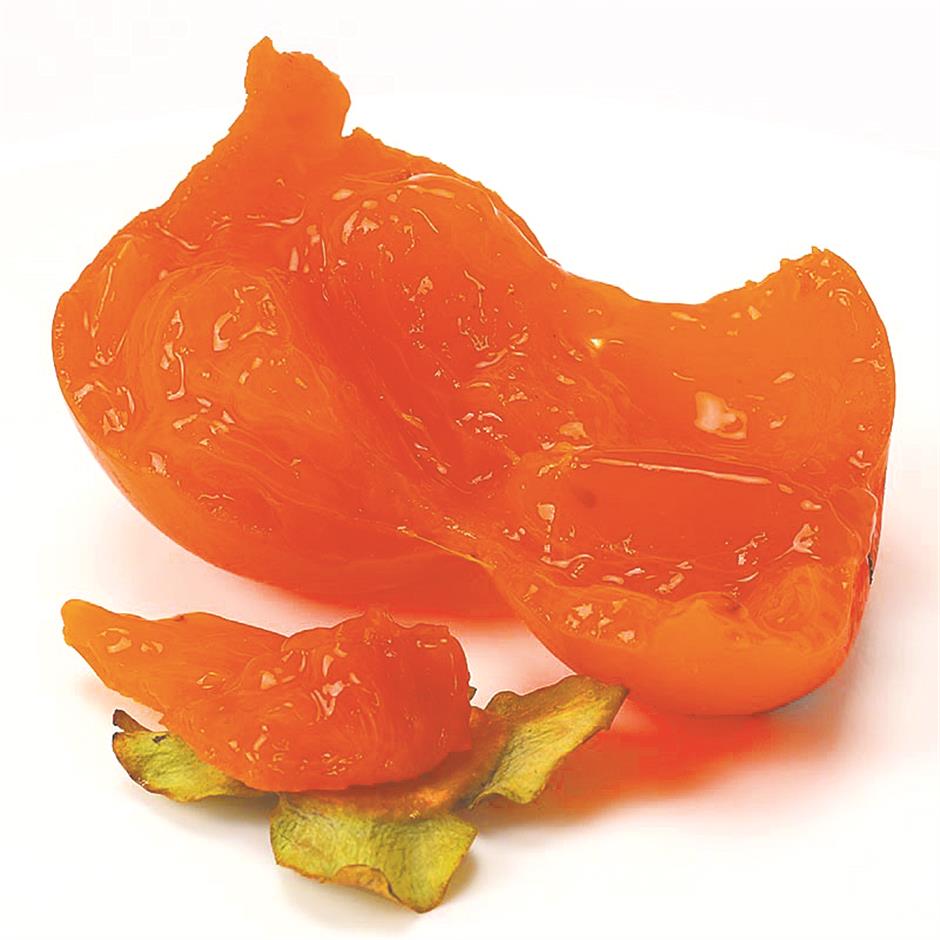 The persimmons are dried to make shibing, which translates as persimmon cake. When the whole persimmons are air-dried and the moisture evaporates, the sugar would separate out to the surface and form a layer of white frost.

The dried persimmon is a sweet snack for the long winter when fresh fruits are scarce. It’s very sweet and soft, but one shouldn’t eat a lot of persimmons, fresh or dried, because they’re not easy to digest.

Persimmon also carries good wishes in Chinese culture. In rural villages especially, some of the vibrantly colored fruits are left on the persimmon trees, creating a beautiful view that wishes for a better year. Another reason is to leave the fruits for the birds to eat, because they cannot find food easily in winter. 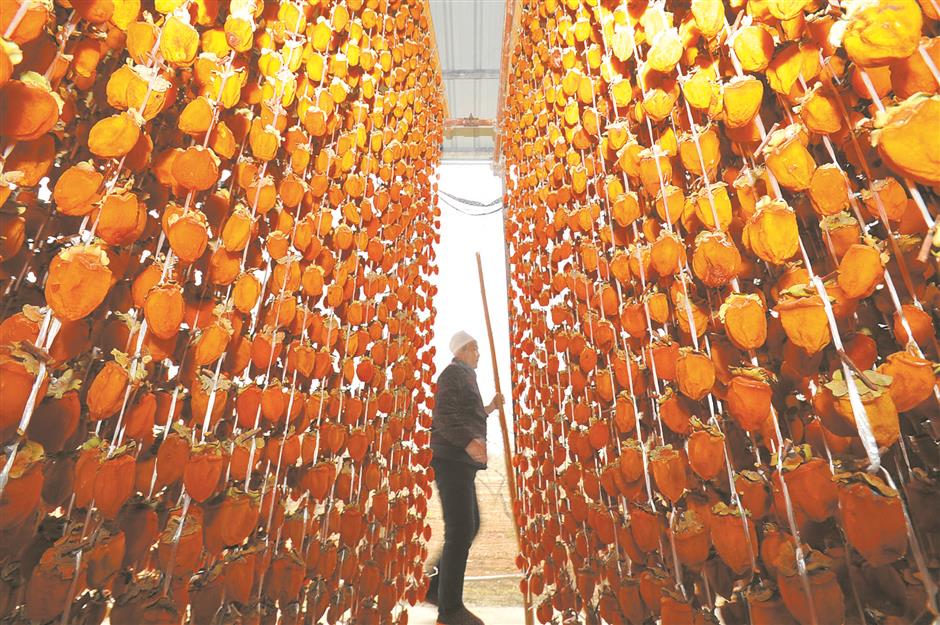 Persimmons are air-dried to make shibing, a sweet snack.

Bing, the Chinese bread, made up a large percentage of the staple food consumed in the Tang Dynasty. Wheat was widely cultivated and people used to pair vegetables and meats with bread for a simple meal.

The techniques of making bing included steaming, frying and baking, and hubing was the one featured in the series. It was a very popular staple that’s said to have been introduced from areas west of Yumen Pass in Dunhuang, Gansu Province, which includes today’s Xinjiang Uygur Autonomous Region and parts of Central Asia in the Han Dynasty (206 BC-AD 220).

The hubing in the Tang Dynasty were baked in a clay oven with sesame seeds sprinkled on top for a rich aroma. It’s quite large in size and people used to stuff mutton meat in the bread. Hubing was found across the country back then.

Zhengbing, or steamed bread, included today’s steamed bun made of leavened dough. It could be in various sizes and incorporate different ingredients. 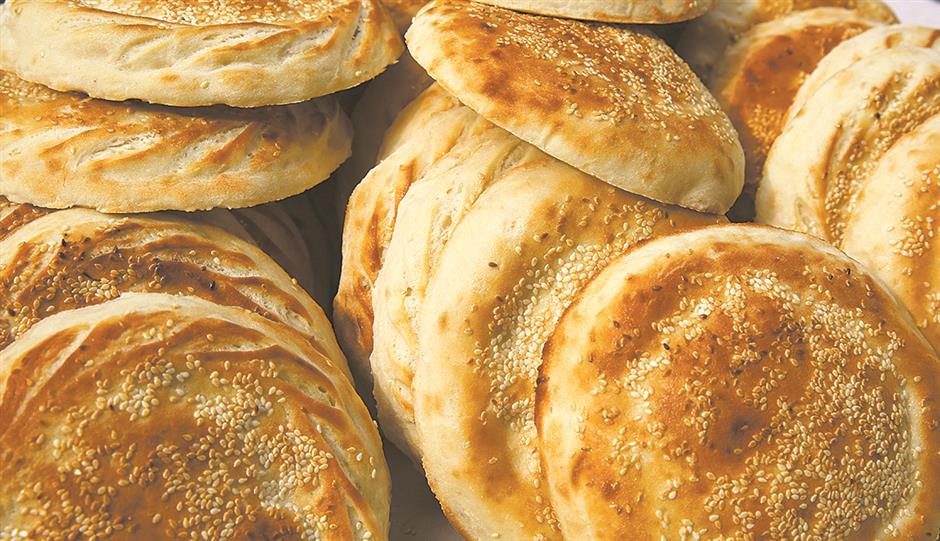 Hubing was a staple dish in ancient China.