As the fourth Michelin Guide Shanghai arrives, the city is becoming calmer about the French guide’s taste and judgement.

Last week, a record number of 40 restaurants were awarded a Michelin star or stars and there were both laughs and tears.

Among the lucky winners, there was one three-star restaurant, eight with two stars and 31 with one. This year’s Bib Gourmand has 24 restaurants.

The Bib Gourmand list is of restaurants serving “high-quality meals which include two courses and a glass of wine or dessert for US$40 or less,” according to Michelin’s website.

A record number of 40 restaurants won the coveted stars in the latest Michelin Guide Shanghai. Ultraviolet remains the only three-starred restaurant in Shanghai.

Paul Pairet’s Ultraviolet remains Shanghai’s only restaurant with the three Michelin stars it received in 2017. For a price of 4,000 to 10,000 yuan per person, dining at Ultraviolet is a once-in-a-lifetime experience for many people.

Pairet’s new casual establishment Polux by Paul Pairet in Xintiandi, which is known for its brunch and especially a French toast dish, received a Bib Gourmand listing.

Two restaurants moved up from one to two stars, Taian Table by Stefan Stiller and Ji Pin Court, a Cantonese establishment.

Maison Lameloise Shanghai, the French fine dining restaurant which opened on the 68th floor of Shanghai Tower last year, received one star in the new guide. The Maison Lameloise in Chagny, France, is a three-star restaurant.

As more Western fine dining brands come to Shanghai to explore the market, restaurants such as Da Vittorio, Maison Lameloise and L’Atelier de Joël Robuchon are, for now, successful examples.

Price is no longer a major concern at these restaurants, what local diners are now looking for is a unique experience and the opportunity to enjoy three-star dishes without traveling abroad. Da Vittorio Shanghai has an average price close to 2,000 yuan per person, with its signature egg “a la egg” and caviar alone costing 888 yuan.

For four years in a row, Tony Lu’s Huaiyang-style cuisine restaurant Yong Yi Ting at the Mandarin Oriental Pudong, Shanghai, and his vegetarian establishment Fu He Hui have maintained their one-star rating.

Cantonese restaurant Jin Xuan in The Ritz-Carlton Shanghai, Pudong lost its one star in last year’s guide but they’ve successfully got it back in 2019.

Moose’s Pudong outlet also gained one star in the new guide. The restaurant specializes in Shanghainese and Huaiyang cuisine.

T’ang Court, the first restaurant in Shanghai to score three stars in the inaugural Chinese edition in 2016, is now downgraded to one star.

Madam Goose, a Cantonese franchise specializing in goose cuisine, lost its star this year. The restaurant has received very mixed reviews and many people noted inconsistency in quality and flavor.

Bo Shanghai was not featured in the list since the restaurant closed abruptly last year. Five on the Bund posted a legal notice claiming the company behind Bo Shanghai and Daimon Bistro owed more than 3.5 million yuan in unpaid property management fees and rent. 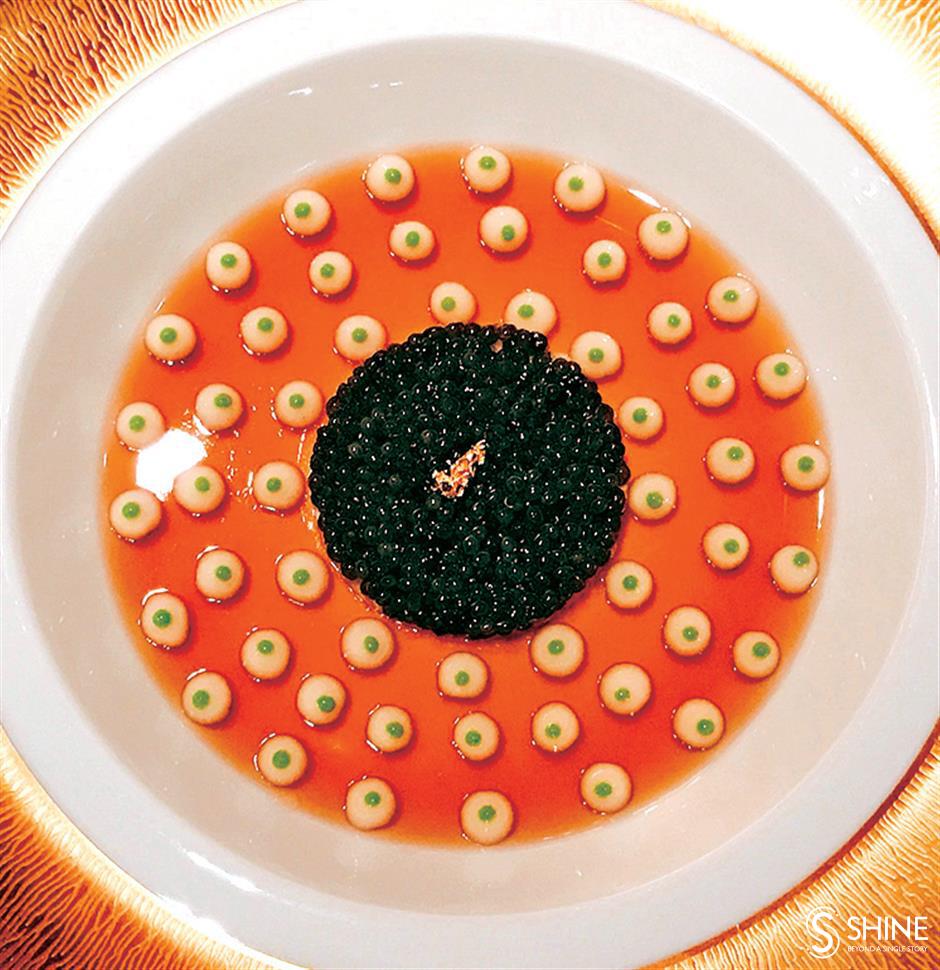 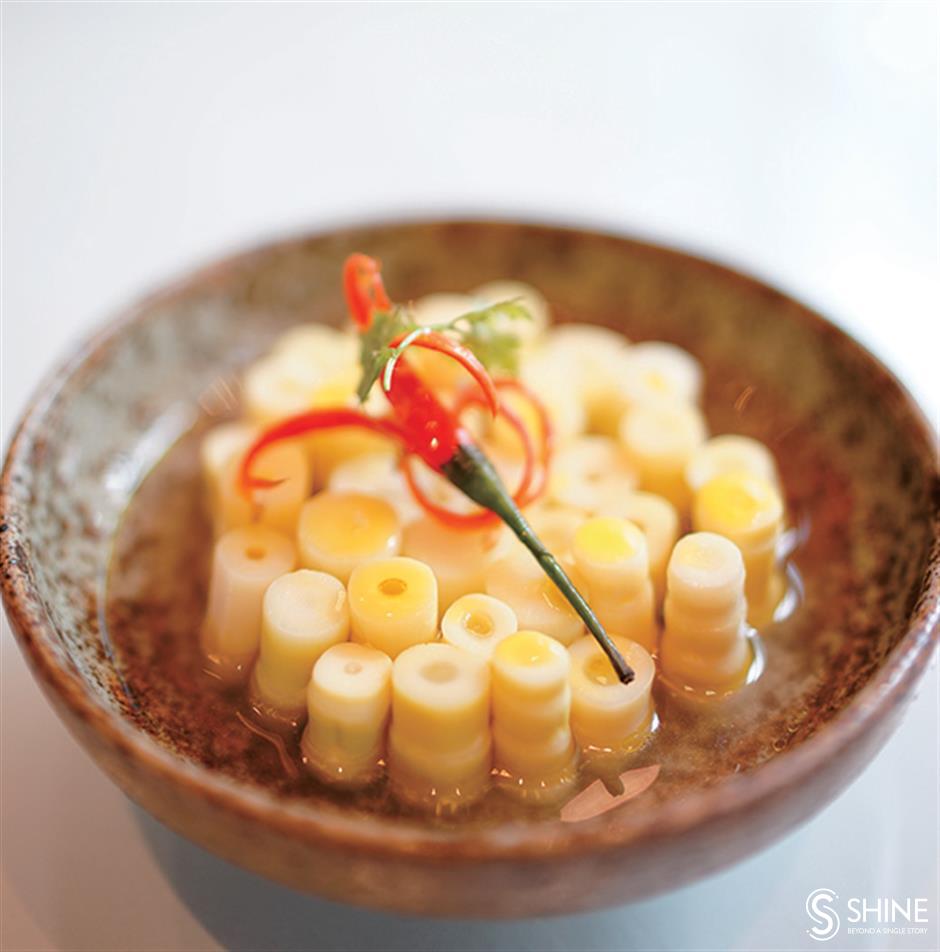 Michelin hopes to highlight cuisine diversity in the latest guide. Amid the long list of Cantonese restaurants more local cuisines are slowly getting noticed.

After four years of exploring Shanghai’s food and beverage scene, the Michelin Guide has carefully chosen the first Sichuan cuisine establishment in Shanghai to receive a coveted star.

Yu Zhi Lan, an extremely high-end Sichuan restaurant with a price range of near 1,500 yuan per person, received one star in the latest guide. Executive chef Lan Guijun is known as “the high priest of Sichuan” and the father of chicken feet with pickled chilis. He first opened Yu Zhi Lan in Chengdu and a second branch in Shanghai in 2018.

The reservation-only restaurant has kept a low profile and only set menus are offered at Yu Zhi Lan from 888 to 1,888 yuan per person, including appetizers, main courses and dessert. The 888 yuan set is only available for lunch.

What you can find in Yu Zhi Lan is nothing like the typical spicy Sichuanese dishes like hotpot, mapo tofu or spicy pig brain. Instead, the menu is filled with expensive ingredients like truffles, wagyu beef, morels and even sea urchin and the main focus is the complicated cooking techniques inherited from the traditional Sichuan cuisine and presentation of complex flavors — it’s not necessarily about being as original, traditional or authentic as possible.

Yu Zhi Lan’s signature dish of hand-made “golden silk” is a tiny bowl of hair-thin noodles served in clear and delicious broth with a cabbage heart. It’s an old recipe dating back more than two centuries that only the society’s elite could eat during festival celebrations.

While the hot and sour flavor of Sichuan cuisine is demonstrated in a sea cucumber dish.

The Michelin Guide in general is focused more on upscale fine dining experiences. Their inspectors are judging the restaurants by ingredients, service and wine list, so naturally there’s a strong contrast in what the guide deems to be top-notch restaurants and what people are accustomed to eating on a daily basis.

That said, there are still a few not-so-upscale restaurants in the guide, like Canton 8, the world’s cheapest two Michelin-starred restaurant.

Viva la sun: Many of the starred restaurants are franchises in Shanghai people can eat at. I’m quite looking forward to the Black Pearl (Meituan-Dianping’s guide). Michelin’s judging standards aren’t very deferential toward Chinese cuisine. We might as well say it’s an award for the best decorated Chinese restaurant.

Lolly: The guide is boring. There’s no restaurant that would make me want to go immediately, especially the Bib Gourmand part. Are there are no interesting and deliciously good restaurants hidden deep in the lanes?

Lights, sounds, music and innovative cuisine — this is an immersive, exclusive experience that’s so much more than just a 22-course dinner.

Tripadvisor user oiramsq on Ultraviolet by Paul Pairet: By experiencing food in such a completely orchestrated fashion in an environment that causes each of your senses to point back to taste/smell for the ultimate say on whether or not it is good, you can discover/rediscover things.