Don't forget the wine with your lunchbox 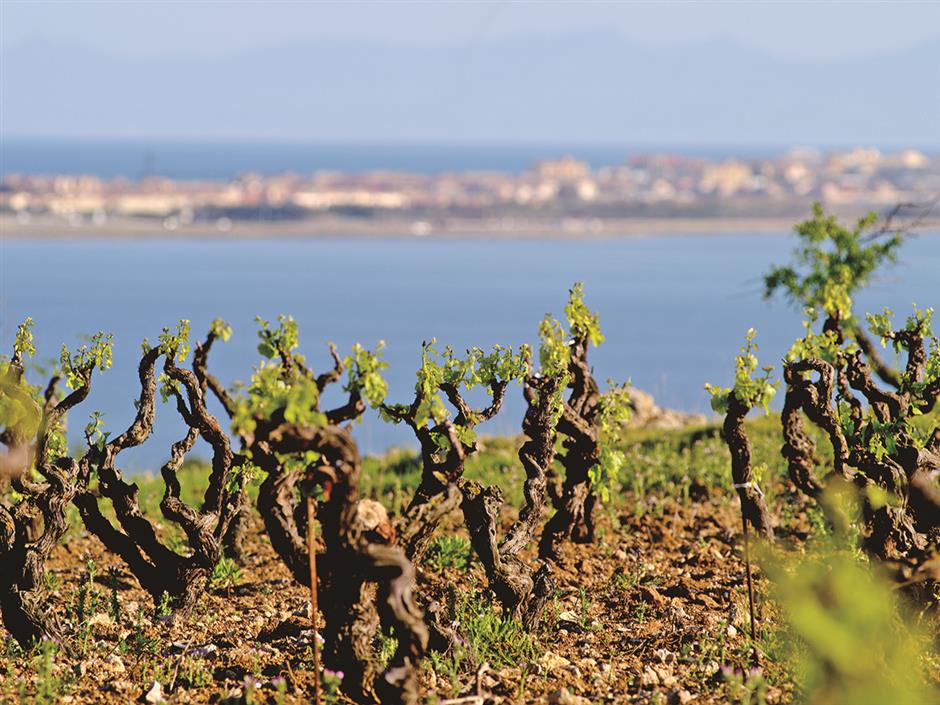 Old vines perched above the sea in Languedoc AC

Our erudite Shanghai Daily writers are introducing the modern world of high-tech lunchboxes. The original lunchboxes were little more than oiled goatskins. During the Industrial Revolution, in the latter decades of the 19th century, heavy metal lunch pails became the preferred lunchbox of blue-collar workers.

My first exposure to lunchboxes was during my kindergarten and early grammar school years when children carried colorful steel boxes packed with sandwiches, chips and other goodies. The “raison d’etre” of these lunchboxes was a need of students to safely transport lunch meals from the home to schools.

The heyday of the lunchbox culture extended from the 1960s through the 1970s. The boxes became fashion statements, and the cartoon character or television star that adorned your lunchbox told a lot about who you were and what you cared about. For girls this meant Cinderella, Snow White or Cat Woman, while boys favored Superman, Batman or the Six-Million Dollar Man.

By the 1980s, in-school cafeterias quickly obsoleted the Western lunchbox. Today, lunchboxes only remain on the shelves of antique shops or on eBay. The most iconic boxes command lofty prices and are highly sought after.

For the second quarter century of my life a lunchbox meant the Taiwan bian dang, a localized version of the Japanese bento box. Taiwan’s own take on the bento box included a bounty of local seafood, meat and veggie favorites with white rice. One of the island’s most prized boxes was served on the trains and consumers can purchase them from specialty railways shops.

The lunchbox mentality is used to describe the virtuous mindset of unheralded and unglamorous workers who do necessary and often difficult work without recognition or fame. There’s a grape variety that typifies this spirit.

The Carignan variety is a black-skinned grape that has a propensity for high yields and makes deeply colored wines high in both acidity and tannins. The grape goes by many names, Carignan in France, Carinena in Spain and a host of other names elsewhere. The grape’s origin is controversial but most ampelographers now believe that DNA testing supports the theory that the grape is native to the Aragon region in northern Spain. The variety then spread to the South of France, Sardinia and other Mediterranean wine regions. Throughout its history Carignan has been considered a pedestrian grape best used as a minority contributor in a blend to add color and structure. Arguably the best Carignan wines are single variety wines made from very old vines in the rough and hilly Priorat region of northeastern Spain. These are costly and still relatively rare wines. Aragon also makes some fine examples, but elsewhere in Spain the grape is still disparaged and used as a blender. A few years ago in Sardinia, I tasted some vigorously-flavored Carignano (the local name for Carignan) wines. California and Washington State are also producing some Carignan wines as are Chile and Australia. However, the vast majority of plantings are in France where, until 2000, Carignan was the most planted variety. Merlot now holds that title. Within France, one region dominates Carignan production.

In the fifth century BC, long before the famous wines regions of Champagne, Burgundy and Bordeaux cultivated wines, Languedoc had a thriving wine industry. Greek traders brought the first vines and discovered the region’s natural affinity for winemaking. For centuries, Languedoc wines enjoyed a solid reputation, however the advent of the Industrial Age in the late 19th century and an increasing demand for cheap wines hurt the reputation of the region.

Mass-produced wines were needed to fuel the thirsts of workers and French soldiers in the early 20th century. Most of these wines were made in Languedoc and contained significant quotas of the Carignan grape. These pedestrian wines damaged the reputation of the grape. Fortunately, a new and better age for Carignan wines in Languedoc is dawning.

Languedoc has always boasted the climate and land to make fine wines. The abundant sunshine and selected higher altitude vineyards that benefit from a combination of sea breezes and cooler evening temperatures are perfect for vine cultivation. The soils vary from chalk, limestone and gravel in inland areas to more alluvial soils near the coast. Some of the most prized vineyards have large pebbles similar to those found in the Southern Rhone. The dry climate during the growing season also facilitates quality wines.

Today, many of the best Carignan wines from Languedoc come from the sub-appellations Minervois AC and Cotes du Roussillon AC and are blends that include Syrah, Grenache, Cinsaut and Mourvedre contributions. In particular, the noble Syrah is playing a leading role in the best Languedoc reds but our lunch-pail Carignan continues its important role of adding color and tannins and much-needed acidity to the blends.

One of my favorite examples in the Chateau du Donjon Grand Tradition Minervois AC, a broad-shouldered red wine full of black and red fruits and spices with a tannic finish. Other good Carignan blend wines available in Shanghai are made by Domaine L’Ostal, Gerard Bertrand and Sieur d’Arques.

The vast majority of Languedoc AC reds are direct and rustic wines and should be consumed young and slightly chilled, at about 15-16 degrees Celsius. I’d never proffer that the Carignan blends of Languedoc AC are elegant or elite wines; but these wines offer a virtuous worker-friendly value and are sure to embellish your lunchbox experience.