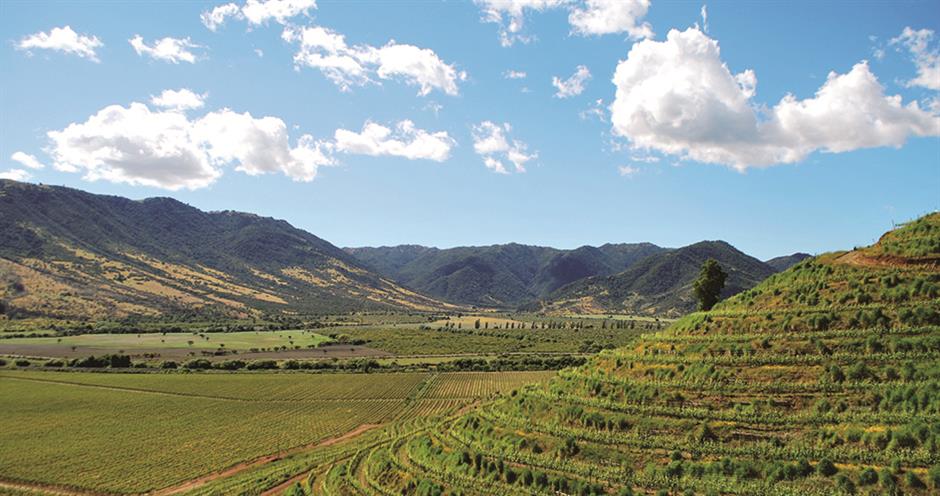 The Cucurbitaceae family belongs to the order Cucurbitales that includes 98 genera and about 1,000 species, some of which are edible. Find that difficult to digest? Allow me to simplify. Cucurbitaceae is a scientific term for a family of plants that includes cucumbers, melons, squash and pumpkins as well as a host of inedible gourds.

According to a 2020 study published in New Phytologist, edible Cucurbitaceae plants were first domesticated in Asia and the New World about 12,000 years ago during the end of the Pleistocene Epoch. Similar to other cultivated foods, the domestication syndrome gradually kicked in over the millenniums and the edible varieties became sweeter and less bitter than their wild ancestors. This not only made them increasingly palatable to humans but also more wine-friendly.

One popular example is the watermelon, a fruit best enjoyed with sweet or off-sweet wines. However, less sugary types including the cucumber and winter melon can be beautifully paired with a crisp, dry wines. One wine style not only pairs wonderfully with many members of the Cucurbitaceae family, but also sometimes exhibits subtle aromas of cucumbers.

Chardonnay is the third most planted wine variety in the wine world. The grape is best known for the sublime white wines of Burgundy and the prized sparkling wines of Champagne and Franciacorta, but it’s also widely cultivated in most of the world’s major wine regions. Today, some of the most noteworthy examples are being made in Chile.

The Chilean wine industry is among the oldest in the New World dating back to 1554 when Diego Garcia de Caceres first planted vines in Santiago. Mirroring the progress of the nation, the wine industry had its fair share of ups and downs.

Featuring a long coastline bordered by the Andes Mountains that boast altitude and wind-aided cooling elements along with a range of porous soils, Chile has long had important requisites to make superior white wines.

Unfortunately, a long-term focus on making cheap wines for domestic consumption and the oppressive Pinochet regime from 1973-90 when Chile was subject to many international sanctions severely truncated the progress of the wine industry. Political changes and a new focus on international markets since 1990 have resulted in a new golden age for Chilean wines. Despite advances in quality, the vast majority of Chilean wines remain eminently affordable and it’s fair to say that the country makes some of wine world’s best value premium wines.

Previously many Chilean Chards resembled the overtly oaky New World Chardonnays of California and Australia, but as in the golden state and down under there’s been a welcomed effort by progressive winemakers to make more balanced and elegant wines. The best Chilean Chardonnays come from the cool climates of Casablanca, San Antonio Valley, Coastal Aconcagua, Maipo Valley, Northern Limari and Colchagua Valley. The latter is my focus this week.

Should a perfect winemaking environment exist, it just might be Colchagua Valley. A 90-minute drive south of Santiago, the Colchagua Valley DO ranges 130 kilometers from the Andes Mountains to the foothills of the Costal Range bordering the Pacific Ocean. The warm and dry climate in the eastern part of the region is ideal for red varieties while the cool Pacific Ocean breezes in the west are idyllic for white varieties including Chardonnay.

The best vineyards benefit from elevation that bequeaths good diurnal temperature differences that in turn allow grapes to slowly and fully ripen while still retaining the desired acidity. The scenic Tinguiririca River flows across the northern part of the region providing ample supplies of pure Andean meltwater. In addition to Mother Nature’s contributions, winemakers are also doing their part.

Colchagua Valley DO is a fairly new wine-producing region occupying the southwestern half of the Rapel Valley wine region and most of the wineries are quite modern and feature the latest winemaking technology. The wine tourism infrastructure is also quite advanced and this is why some people refer to it as Chile’s Napa Valley.

Top Colchagua Valley Chards often feature a lovely combination of fruit, minerality and freshness. Stylistically, these Chardonnays lie somewhere between New World power and exuberance and Old World understated elegance. As in other leading Chilean wine regions, oak is more often than not judiciously used to augment rather than dominate the white wines. There also exist some lovely vibrantly fresh unoaked Chardonnays.

Casa Amada is one of Colchagua Valley’s top producers and it has a quartet of well-made, stylish Chardonnays available in Shanghai. The Cool Coast Chardonnay is a partially oak fermented and aged wine offering concentrated citrus and melon sensations with pleasant mineral notes and a long clean finish. The Gran Reserva Chardonnay is replete with tropical fruit aromas and flavors with a light oak touch and a persistent finish. The Casa Amada unoaked Chardonnay and Reserva Chardonnay wines both exhibit freshness, balance and good mouthfeel.