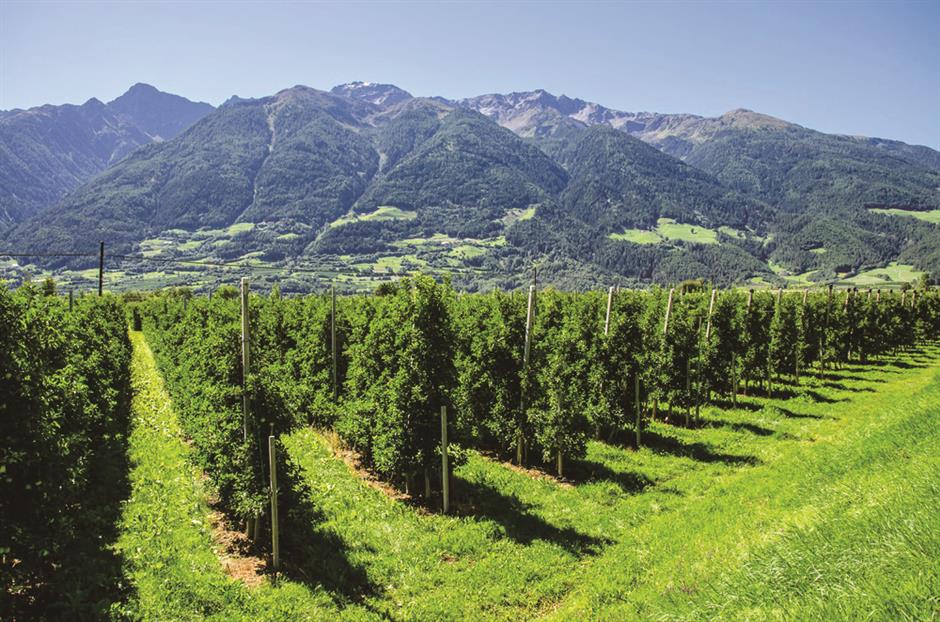 Over the years I’ve frequently expounded the health benefits of wine, always with the qualifier that anything good in excess is bad. This is true with wine and food. Our resolute writers at Shanghai Daily are spreading the good word of moderation and warning against the evils of gluttony.

The term gluttony derives from the Latin word gluttire that literally means to gulp down or swallow. In modern vernacular, gluttony means gross over-indulgence of food, drink and other extravagances.

Gluttony in Christianity is a sin and is also considered an evil in the Buddhist, Islamic and Jewish faiths. On the other hand, moderation is considered a virtue; so, this week I’ll take a quick look at how wine can encourage moderation and introduce a region that makes wines of restraint and equability.

Wine has long been used as an appetite stimulate and is sometimes prescribed for people who have chronic appetite deficiencies. Conversely, when consumed properly, wine can also help curb excessive eating. Studies indicate that the ritual of enjoying wine with food necessarily slows down eating and reduces total food intake.

One wine region nestled in the step hills of the Italian Alps makes wines that not only epitomize the concept of moderation, but also taste delicious.

Vines have been cultivated since ancient times. Recent archeological digs in Alto Adige have uncovered ancient winemaking tools and storage vessels of the Raetic tribes that date back to 500 BC.

Centuries later during the height of the Roman Empire the region was a major trade route to northern Europe markets with a flourishing wine industry. As the sun was setting on the Roman Empire, Frankish and Bavarian monks keep the art of winemaking in Alto Adige alive.

The great city states of the Italian Renaissance provided new opportunities for Alto Adige winemakers, as did the rise of the Austro-Hungarian Empire. In fact, over the ensuing centuries the region was occupied by the Austro-Hungarian and Holly Roman Empires. It wasn’t until 1918 that the region was returned to Italy. The diverse cultural influences are still seen in Alto Adige as the region has three official languages; namely, German, Italian and the Latin derivative dialect Ladin. Alto Adige wine labels often feature both German and Italian and sometimes only German.

The history of Alto Adige is long and enthralling, but what actually distinguishes the wines? The answer would be situation and style. The best wines are made with fruit sourced from steep hillside vineyards that slope down to the Adige River and its tributaries. The combination of sloping vineyards with excellent exposure to the sun and a fortuitous climate featuring warm sunny days and cool evenings results in some of the world’s freshest and most fragrant white wines. Despite being a small wine region, there are at least seven different sub-regions that produce wines of significant stylistic and varietal diversity.

Pinot Grigio wines are oft times maligned for being overtly fruity and one dimensional, but those from Alto Aidge are pleasingly fresh, zesty and balanced. Typical Alto Adige Pinot Grigios feature an abundance of ripe fruit scents and flavors, good weighty mouthfeel and restrained acidity. Their graceful and friendly characters have made them some of the most popular white wines globally.

The Sauvignon Blanc wines of this region feature similar lively and fresh aromatics but are more austere and boast greater acidity.

Other distinguished whites of the region are Pinot Bianco, Muller-Thurgau, Sylvaner, Gewurztraminer and Chardonnay.

Whites may be the face of Alto Adige wines, but I’d be seriously remiss if I didn’t mention the lovely red wines of the region. Schiava is a native red variety that makes light, bright and friendly red wines offering fun and unpretentious lemon, strawberry and cotton candy sensations. Think Beaujolais embellished by a healthy dose of Italian flair.

Schiava is traditionally and quantitatively the major red wine of Alto Adige, but Lagrein is the rising star. This is an ancient variety that almost disappeared and now is making a well-deserved comeback. Lagrein reds feature a brooding dark color with lively aromas and flavors of dark berries, black pepper, exotic spices balanced by good acidity and abundant tannins.

Drinkers in China are only just discovering the vino delights of Alto Adige, but I’m confident that as Italian wines become more popular an increasing number of adventurous imbibers will seek out these charming wines. A handful of the most reputable Alto Adige producers have wines available in Shanghai. These include Michael-Eppan, Alois Lageder, St Michael and Elena Walch.