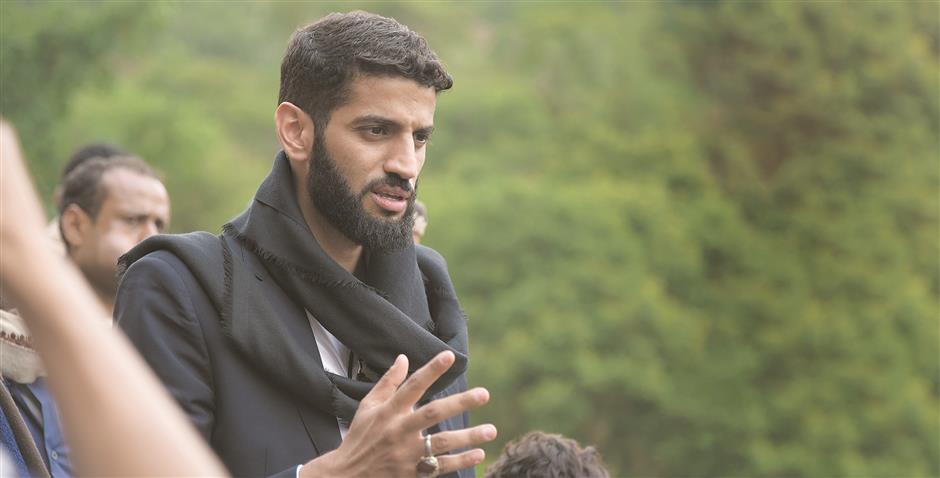 Faris Sheibani has Yemeni heritage but was born and grew up in the UK. He had a promising career as a strategy adviser in London, before embarking on a life-changing career.”

Faris Sheibani has Yemeni heritage but was born and grew up in the UK. He received a master’s degree of industrial systems, manufacturing and management from the University of Cambridge and a master’s degree of chemical engineering from Imperial College London — both are with first-class honors. Sheibani also had a promising career as a strategy adviser in a gas and power energy company, Shell, in London, before embarking on a life-changing career. 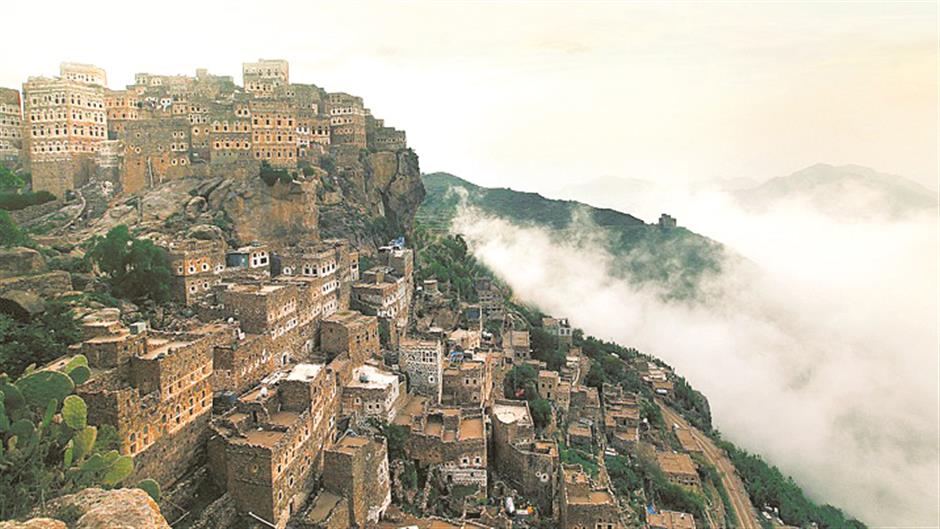 Sheibani planned to develop a large-scale gas project in Yemen to revitalize the country until a civil war broke out in 2014. He waited patiently, thinking it would blow over, but it got worse day-by-day and year-by-year.

In 2016, after consulting experts and colleagues in the energy area, he gave up on his original plan.

“They confirmed to me it would be impossible to develop a large-scale energy project in Yemen in the next five to 10 years,” the 34-year-old said. “So if I still wanted to support Yemen, it had to be something else.”

Sheibani believed his technical and professional skills could help him to deliver both macro and microeconomic benefits to Yemen and its farmers — but with what product?

Then it hit him! He had an epiphany! Coffee!

“I know Yemeni coffee has a long and rich history and, the more I researched, the more I became fascinated about coffee’s role in Yemen’s history and culture,” the father-of-two said.

It was at this point Sheibani decided to return to Yemen.

“My (previous) boss was shocked at this idea because at that point I had a very comfortable salary and had excellent career prospects with the company,” he said. “But I explained that my life and career goal is to find a way to support Yemen and Yemenis, and people understood that is a deeply held drive.”

Helping and supporting Yemeni people is easier said than done but that did not deter Sheibani. 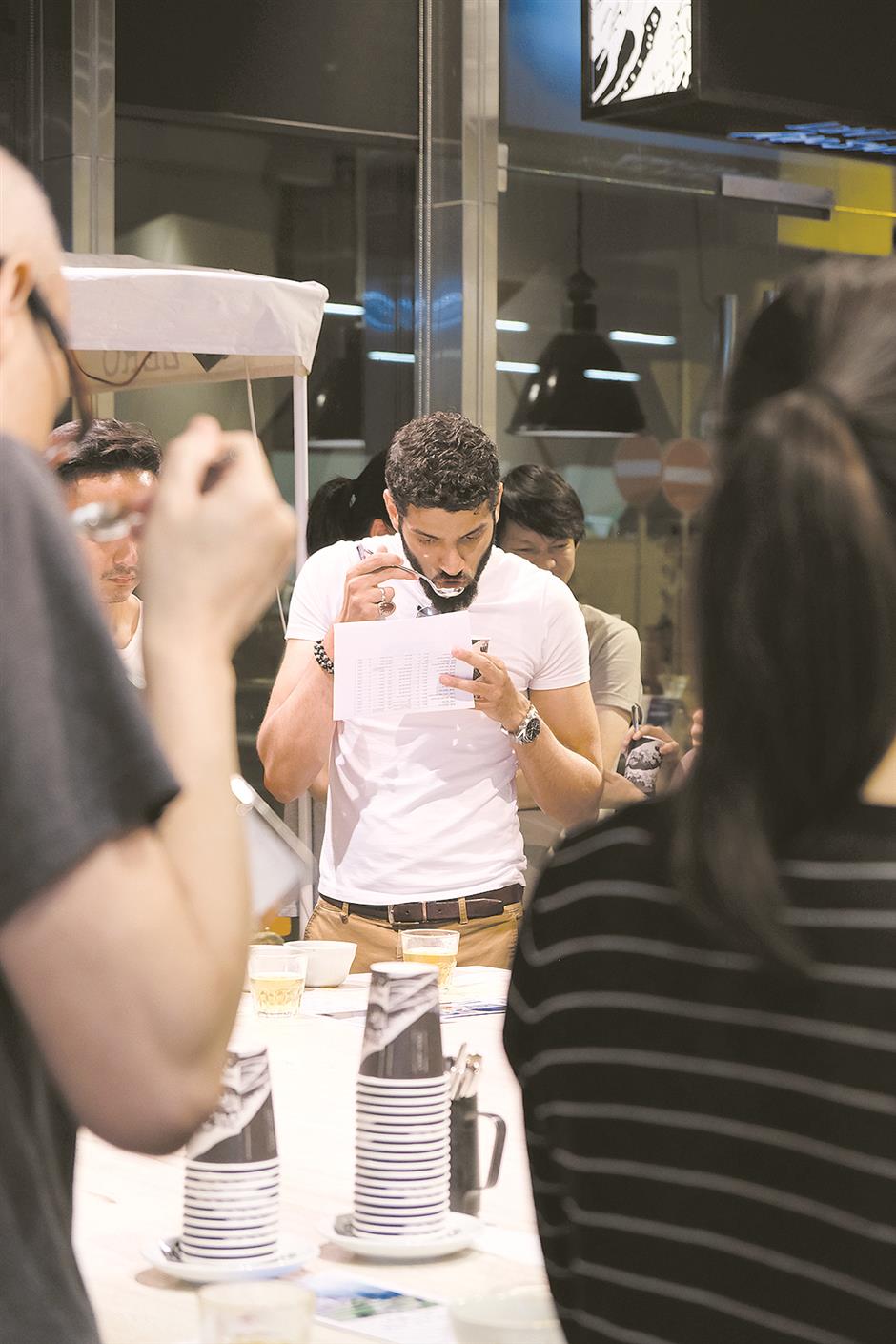 Faris Sheibani sips a coffee during a coffee expo.

Sheibani established Qima Coffee in 2016, with an eye on sustainably helping to improve the lives and livelihoods of Yemen’s rural communities.

“We can work on it (coffee) as a big industry, where it can impact the macroeconomy of the country through improving export revenues. And because of how coffee works, we can also improve farmers’ incomes on a micro level, so coffee can genuinely impact people’s lives on a daily basis,” he said.

But there are challenges.

First of all, running a company in a war-torn country is far from easy.

The environment in Yemen made it extremely difficult for Sheibani to reach his goals. Hiring people was not easy because of the risk to life traveling between farms. Secondly, the reputation of Yemeni coffee is bad. It is high in price, untraceable and of inconsistent quality. Many people thought it was too expensive for what it was.

“It is expensive because it is very hard to source because of the war, the low yield and the productivity. So coffee professionals would say, ‘I’m sorry. It’s a nice story but we don’t want to buy Yemeni coffee because of the quality and traceability issues,’” Sheibani said. “Imagine how hard it is, when you finally go to the market and find general disinterest in your work and Yemeni coffee in general?”

But despite the challenges, he managed it through innovation and determination.

Sheibani had faith in himself and the quality of genuine Yemeni coffee. His answer was to “prove them wrong and slowly change the market’s perceptions.”

Sheibani had to address the lack of traceability, which he did.

Now, the coffee he sells can be traced back to the country, region, village, farm and the individual farmer who grew it. You can even see portrait photos of each and every farmer and read about their story.

“We have to shock people in our traceability and transparency,” Sheibani said.

The “shock” also means quality, like the research and genetic work Qima Coffee is doing now.

The work aims to support farmers with innovation in agronomic knowledge and practices, in post-harvest processing and show farmers how to grow coffee under the threat of climate change. 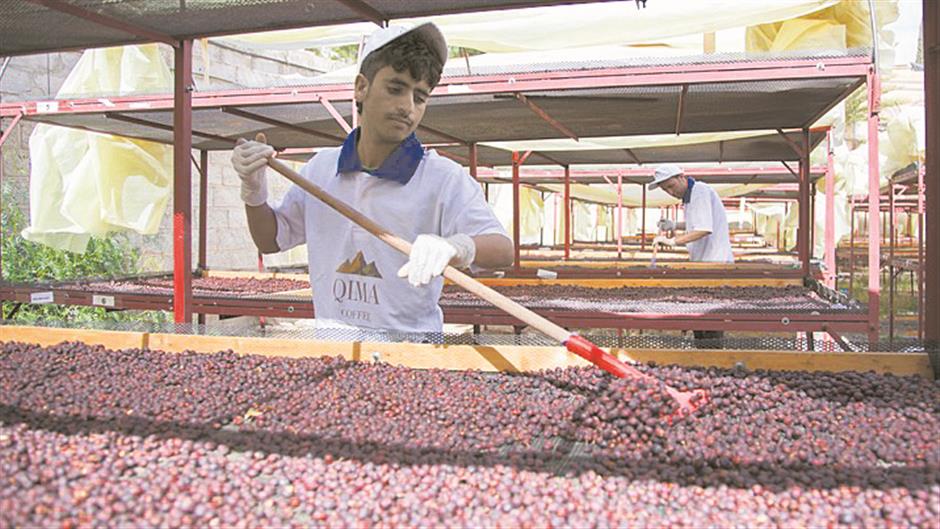 A farmer works on the drying bed in the Qima processing center.

The discovery is considered the “most significant genetic finding in Arabica coffee since the 1700s.”

As a result of this discovery Sheibani says the demand for Yemeni coffee has increased by 400-500 percent in the last several weeks.

Meanwhile, cupping sessions are held at different levels from cafes to coffee exhibitions to get closer to roasters and consumers.

“We have worked with some leading coffee roasters (1) throughout the world, and in China too,” he said.

“Chinese consumers like floral fruit notes, or delicate tea-like tasting notes. I’d say every country has their own tasting preferences.”

To people, the change of mind may take just one second but to Sheibani, it takes not only continuous efforts but a strong faith in Yemeni coffee to prove: it is indeed the world’s best coffee.

As it is almost impossible to visit Yemen for a normal consumer now, Sheibani believes it is also important for them to have access to know about the origin country.

His solution is to make videos and share farmers’ stories via social media portals.

“We are trying to connect human-to-human, which is how we connect with the market. It’s beyond country, beyond cooperative, but down to the individual farmer,” Sheibani said. “So we create an emotional connection between the consumer and a farmer.”

Sheibani’s company now operates in 26 main coffee-consuming countries worldwide, mainly focusing on the East Asian market, including China, South Korea and Japan, as well as establishing the business in Singapore, Middle East Europe and the US.

When asked any plans for his personal life, Sheibani said, “To me, life and career are one and the same thing.”

“My life is centered around offering social benefits. I like offering social values and real positive impact to the world. That’s my personal goal — to live a life of service to people less fortunate.”

Sheibani hopes when talking about Yemen, people will think of its beautiful coffee and its grand mountains and the smiling faces of farmers, instead of thinking of war, poverty and destruction.