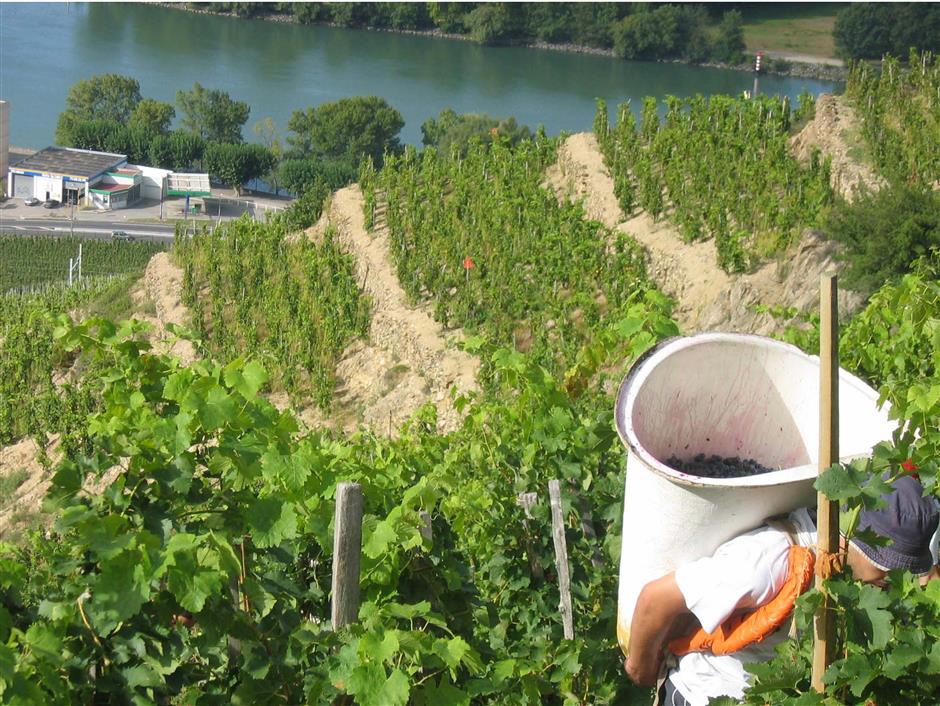 Growing up in the United States we were fond of saying those who didn’t love bacon didn’t like eating. “Bringing home the bacon” was anothe r popular phase that typified the adulation of this cut of meat in the west. However, the true spiritual home of bacon and other salted or preserved pork belly meats is in China.

Starting in the earliest dynasties thousands of years ago, Chinese cooks gradually perfected the art of preserving and cooking pork belly. These skills subsequently spread to the Roman Empire and elsewhere. But, the most delectable expressions of pork belly remained the domain of China. Over the centuries, pork belly dishes have become important Chinese culinary ambassadors to the world.

Pork belly, in Chinese often referred to as wuhua rou, or five flower meat, is an inimitable ingredient in Chinese cooking.

Each region has their own distinct culinary interpretations. Dongpo rou is said to be an unintentional creation of the Song Dynasty (960–1279) poet, calligrapher, painter, statesman and gastronome Su Dongpo. The tale claims Su was disrupted when cooking pork belly by a friend wanting to play Chinese chess. His forgotten, seemingly overcooked pork turned out to be intoxicatingly delicious. To this day, it remains Hangzhou’s most representative meat dish.

The aforementioned pork belly dishes feature various ingredients and cooking techniques, yet they all share an absolute affinity for wine. Why? Because every Chinese pork belly dish is rich, unctuous and savory and a fresh ingredient or beverage is needed to offset the greasiness and facilitate digestion.

Traditionally, yellow rice wine or distilled baijiu would serve these purposes and be the preferred companions, but I’d like to make the case for wine, in particular an underappreciated red wine from southern France.

Situated in the southeastern part of the Rhone Valley is Ventoux AOC. This region is best known for red wines and rose, and to a lesser extent white wines. Mont Ventoux, in sporting circles is well-known for the penultimate stage of the Tour de France bicycle race, which majestically lords over the hillside and valley vineyards.

Archeological evidence indicates that wines were produced by the Romans and locals since at least 30 BC.

The monks at Montmajour Abbey maintained wine production during the early Middle Ages and winemaking flourished during the 14th century Avignon Papacy. In the ensuing centuries, French royals and aristocrats favored the wines but the region in the 20th century became overshadowed by Chateauneuf-du-Pape and other better-known Rhone regions.

Since gaining AOC status in 1973, Ventoux has gradually regained some of its former glory. Until 2009 the region was called Cotes du Ventoux, and is now simply referred to as Ventoux AOC. In our new century, this large and formerly nondescript wine region has morphed into one of the trendiest French production areas making enchanting, affordable and fresh wines. Mass produced, insipid wines admittedly still exist but a growing number of progressive young producers are exploiting the fortuitous natural environment to make exciting and affordable wines.

Ventoux wines offer a pleasing rustic elegance. This may sound oxymoronic, but it’s a great way to describe Ventoux wines.

The major grapes are Grenache, Syrah, Mourvedre, Carignan and Cinsault. In most Ventoux red blends, Grenache contributes alcohol, fruitiness, spices and a round texture, while the noble variety Syrah adds deep color, aromas and flavors of raspberry, black currant, pepper and floral notes.

Soils include clay, limestone and sand while the surrounding mountains protect the vineyards from the strong seasonal Mistral wind. The elevated growing areas provide cooler evenings that prolong the growing season and impart the wines with a food-friendly freshness.

Arguably the best Ventoux wine you can find is the Delas Ventoux AOC, an aromatic and intense predominantly Grenache and Syrah wine with lively black and red berry sensations and a palate titillating spicy finish. These attributes along with the freshness of the wine make it an ideal partner to a host of classic Chinese pork belly dishes.

Though I’ve tasted a few limited-production age-worthy Ventoux wines in France, the most Ventoux red wines are best enjoyed relatively young while they still retain their exuberant fruity, zesty and spicy qualities.

Most the recent Ventoux vintages have been very good with the 2016 and 2015 vintages being exceptional.