Your next cup of coffee should be Yunnan

Earlier this year, a documentary posted online by Jewish-American Jerry Kowal, an Internet influencer in China, went viral and gained much attention through Shanghai-headquartered video portal bilibili. He introduced Yunnan green coffee to a famous coffee roastery in the US, the Brooklyn Roasting Company, and recorded the entire process from roasting to cupping and feedback.

In fact, you can already see a few local roasters and coffee shops offering Yunnan coffee in the States, big brands such as Starbucks and La Colombe.

Around the world, you may find Yunnan coffee at Square Mile in the UK, Pablo & Rusty’s in Australia, Rabbit Hole Roasters and Hatch Coffee in Canada, Girls Who Grind Coffee in Germany, and many more. 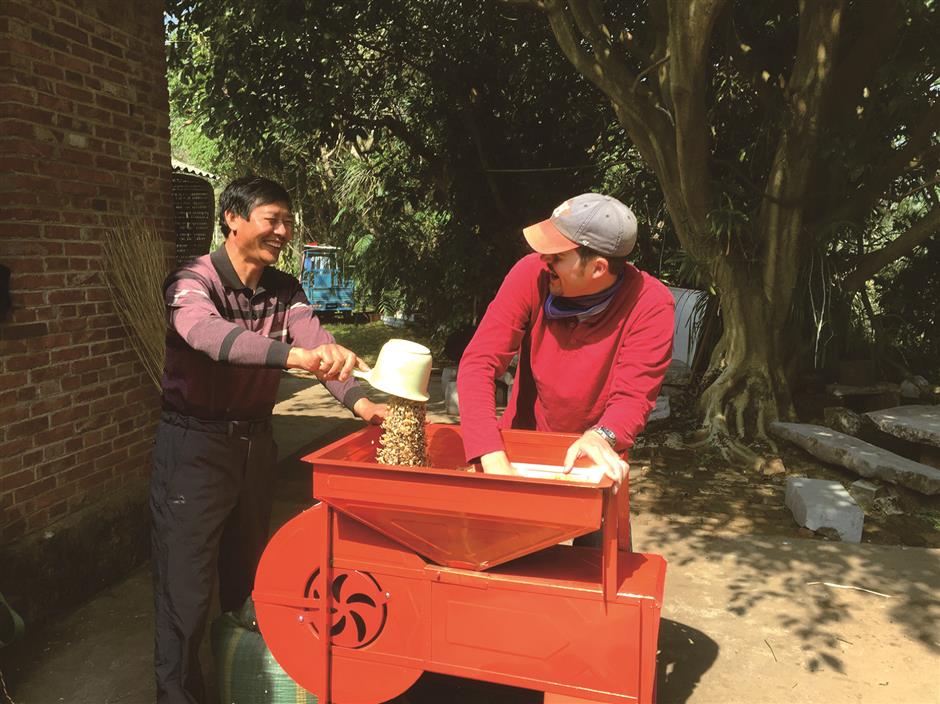 Timothy Heinze (right) sifts through coffee beans with Hu Xixiang, the owner of a farm in Yunnan Province, whose coffee has been sold nationwide and around the world.

Popular across the world

It’s common to see Yunnan coffee in domestic cafes and coffee shops. But its popularity worldwide is growing too. “There are various reasons why Yunnan coffee is popular across the world,” said Timothy Heinze, director of PNG for Sucafina, co-founder of Yunnan Coffee Traders and an instructor at the Coffee Quality Institute. Originally from the US, he was living in Yunnan Province from 2009 to 2019. “I was working with coffee farmers and producers in the region, helping provide international accredited training to producers, supporting the development and growth of the coffee industry, and researching various paths for quality improvement in the country,” he said.

Meanwhile, Heinze started YCT, an export company focused on sharing the wonderful coffees of Yunnan with the international market. Many famous roasters source Yunnan coffee from YCT, which was one of the forerunners in introducing Yunnan specialty coffee to the world. “One thing we’ve found is that as roasters seek to diversify their own offerings (breaking outside of offering the ‘traditional’ origin of coffees), they are seeking newer and ‘emerging’ origins that would offer a unique and exciting flavor profile,” Heinze said. 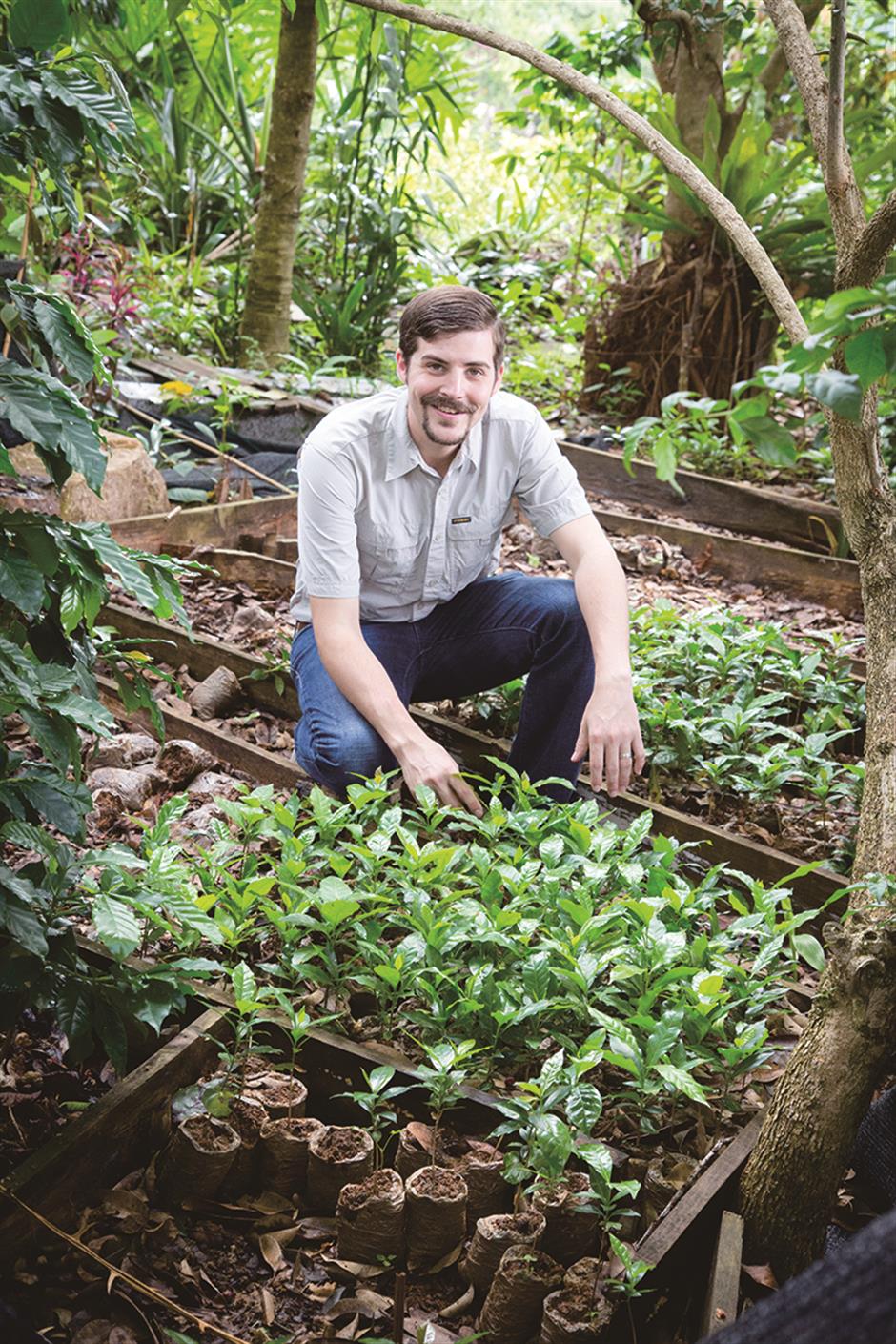 Timothy Heinze works on a coffee farm in Yunnan Province.

In Portland, Oregon, a city best-known for its cafe culture, Chinese entrepreneur Joe Yang founded his In J Coffee shop in 2018.

He has roasted and offered Yunnan coffee for around two years so far. “I’ve been drinking Yunnan since 2015. I feel Yunnan coffee is getting cleaner without the weird flavors it used to have,” he said. “Also, I can see farmers treat the ‘process’ really well as the taste profile is delicate with no earthy flavor.”

The processing method is crucial to the tasting notes of a coffee. In recent years, Yunnan farmers have spent much time and effort on this step in coffee production from seed to cup. Yang tried five different processed coffees recently.

“They are all great. I think farmers want to use ‘process’ to enhance flavors, which is a good way to promote Yunnan coffee to the world,” he said.

Before, Yunnan beans were acceptable rather for espresso blends than for filter coffee. “It’s hard to stand out by itself in the international market,” said Yang.

At In J Coffee, many of Yang’s customers love Yunnan as espresso with a smooth chocolaty taste. “But they are also surprised by natural processed Yunnan,” Yang said, “which is really rich, fruity on drip. They said that is the best coffee they’ve ever had.” 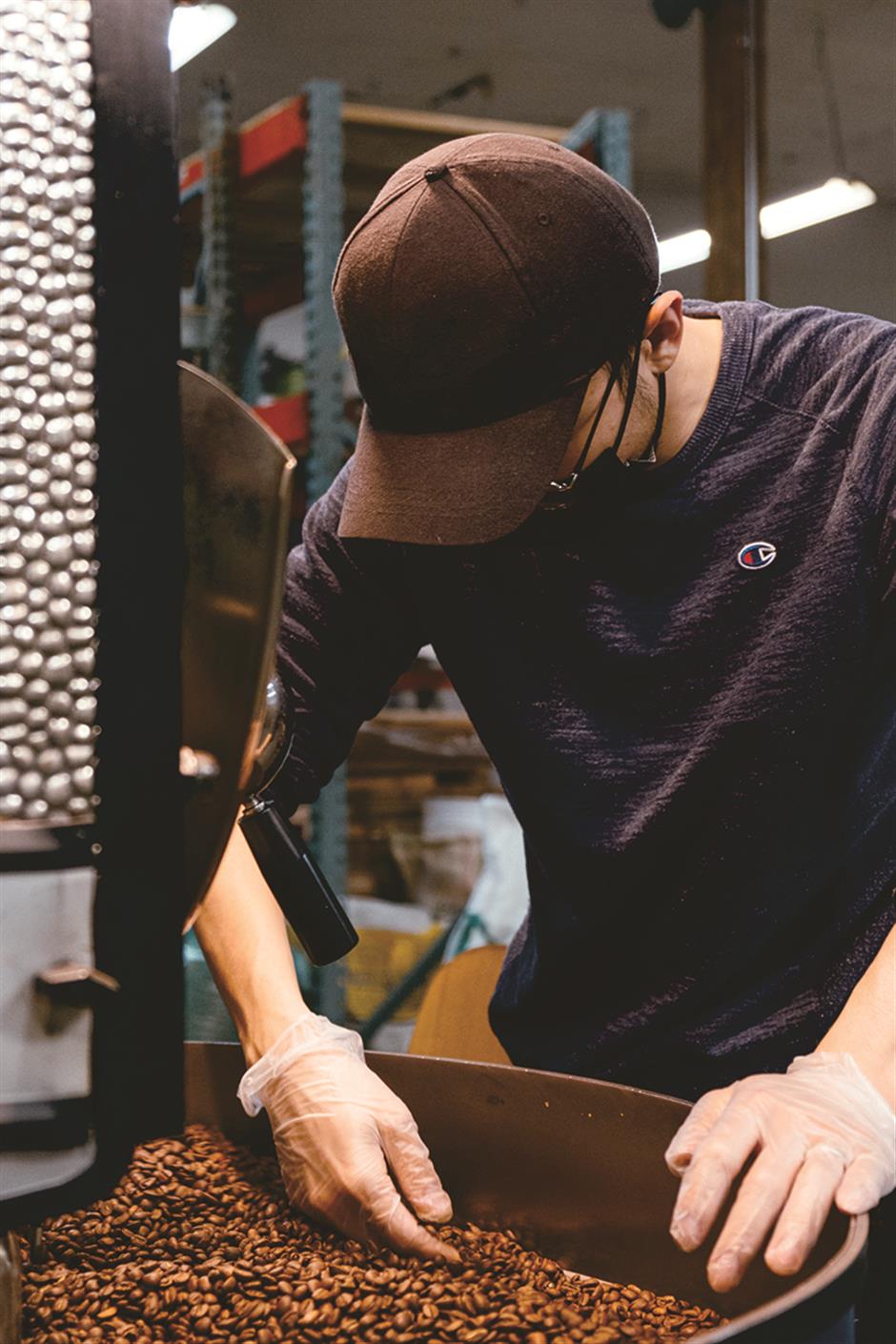 Joe Yang checks coffee beans that have just been roasted.

Indeed, you never know what a coffee tastes like until you try it. If you do a blind cupping session, it will be difficult for you to distinguish some Yunnan coffees from Ethiopian ones. For example, the province is famous for tea, Pu’er tea especially. If you pay attention, you would find some Yunnan coffees featuring intriguing tea notes.

In Heinze’s view, Yunnan Province is able to leverage the “notoriety” of its coffee and popularity of tea to make a connection to the high-quality ceiling of the coffee it grows. The diverse new flavor profiles of Yunnan coffee have in many ways to do with the passion for innovation and ingenuity of the local producers and farmers.

Xingang Coffee is a local farm in Menglian Dai Lahu and Wa Autonomous County, Yunnan Province, which has both domestic and overseas clients, including Starbucks, Seesaw Coffee and Manner.

Instead of working by themselves, they start to work with coffee specialists from these brands in a bid to improve their growing techniques as well as to learn and diversify processing methods. “They began breaking out of tradition and norms to explore new methods. Evolving agronomy techniques and new coffee varieties have also led to the diversification of flavor profiles,” Heinze said.

As the coffee taste improves and diversifies, the popularity of Yunnan coffee is growing, though gradually. “I think for now Yunnan coffee is still not really popular in the US. Most buyers prefer to wait and see,” Yang said. He thinks one of the reasons is price. “The price is similar to Central American and South American beans. Maybe I didn’t get a cheaper price, but I strongly believe Yunnan coffee will get popular very soon. And everyone can see the quality is improved.”

The pricing on Yunnan coffees will be directed and informed by the domestic Chinese market as well as the value consumers in international markets are willing to pay, according to Heinze.

One thing for sure is that as many producers begin pursuing diversification of flavor profiles through experimental and new processing techniques, they do so at much risk to themselves and their livelihoods. “The courage and bravery is not always rewarded, and I hope the market will continue to reward this behavior by higher prices and more recognition of their hard work,” says Heinze.

The future of Yunnan coffee is bright. Yang believes more coffee companies in the US will be willing to have Yunnan coffee in the future as the coffee quality continues improving and being consistent. “They like to see a sustainable and stable supply,” he suggests.

For Heinze, the unique flavors of the Fuyan Natural are unforgettable. “It was, because of the high sweetness, so incredibly balanced that I could drink it for days.” He mentions Tian Cai, a young and upcoming producer in Dai Autonomous Prefecture of Xishuangbanna who he believes will have a truly bright future. “He has been working with producers in this region and he, together with his family, is producing exceptional coffees that are truly impacting the farmers in the region.”

Just as Yang says at the conclusion of the interview — “the future can’t be seen without efforts” — the hard work of coffee farmers and producers in Yunnan will pay off in the future.