In the soup with Sicilian wine 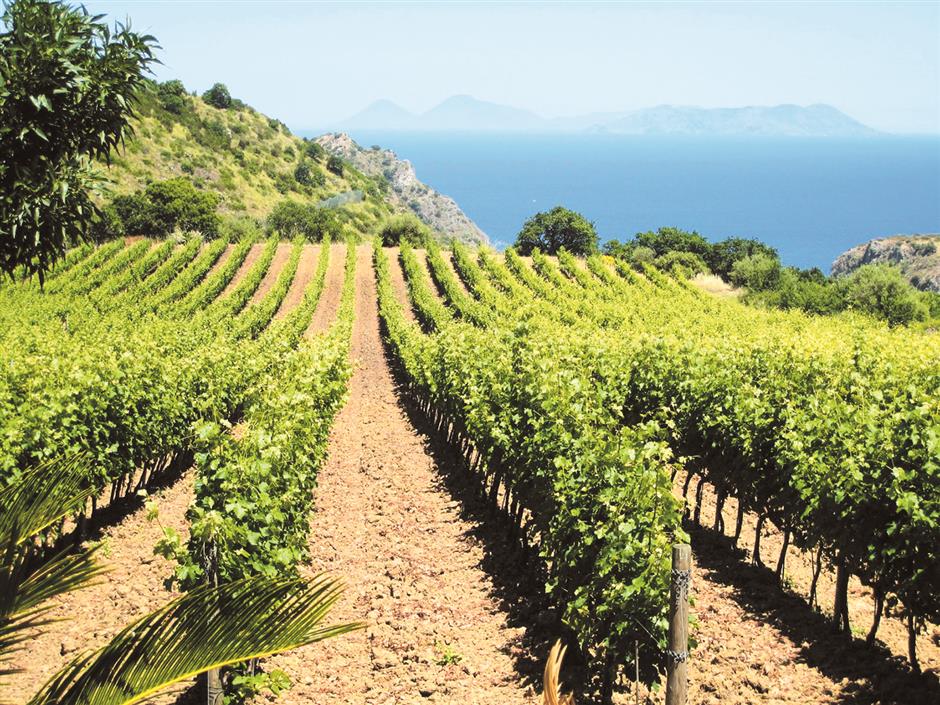 The wonderful world of soup. Where would we be without it? Soup in Chinese cooking as well as in western cuisines is as old as cooking itself. Especially in Chinese but also to a lesser extent in other cultures, soup is seen as an invigorating and restorative food. First, I’ll look at how the word is used in the modern English lexicon, then I’ll pick a delightful wine companion.

Far more than my well-behaved siblings, in my youth I often found myself in unintended predicaments. Quite literally, I was in the soup again. In English, being “in the soup” means being in trouble or in a bad situation. The idiom was particularly popular in the late 19th century but is still used in contemporary English. Soup is also a term used to describe a thick fog. Sailors would say, “thick as pea soup,” when referring to an extremely dense fog. Positive idioms using soup also exist.

“Easy as duck soup” simply means that some sort of task is an easy to complete. In other words, it’s a breeze or a cinch. Some claim the phrase originated during the late 19th century gold rush in Alaska when prospectors noticed the indigenous people making duck soup. Native cooking was simple, and the prospectors found it amusing that ducks were thrown into a caldron without undressing or defeathering. The classic 1933 Marx Brothers’ film “Duck Soup” further popularized the phrase.

In North America, the UK and Australian, to “soup it up” means to make something more powerful and faster. The idiom is most commonly associated with cars and the first published reference in a September 21st, 1924 advertisement in the Oakland Tribune where a car dealer offered a souped up speedster for US$125. Finally, getting to something more oriented to the culinary word, the phase “soup’s up” means the meal is served. The fascinating world of idioms aside, to most of us soup is simply a word to describe one of our favorite foods.

Technically speaking, soup denotes a predominantly liquid food that may contain meat, seafood, vegetables and other ingredients. On a more spiritual level, soup is the ultimate comfort food that lifts our spirits and helps cure our ills. When enjoying soups or other comfort foods I often look to sunny Sicily for vino inspiration.

Homer’s epic work, “The Odyssey,” helped bring the ancient world’s attention to Sicilian wine. Sicily was first settled about 8000 BC by primitive tribes that are believed to have crossed the sea from the Iberian Peninsula. At some point, these early settlers started to make crude wines from wild vines. They may have also learned how to cultivate vines. Phoenician traders and settlers arrived about 3,500 years ago and with them they brought new varieties and more advanced winemaking techniques. The Nero d’Avola grape was likely one of their early cargos. This dark-colored grape is also one of my go-to varieties to pair with hearty comfort soups.

The most important red wine grape in Sicily is Nero d’Avola. The name of this varietal literally means the black grape of Avola, a town in southeast Sicily. The first documented mention of the variety associating it with Avola dates back to the 15th century but Italian wine historians believe the grape was brought to Sicily by the Phoenicians thousands of years ago.

For much of its history, Nero d’Avola was blended into wines from other regions of Italy to give them more color, body and higher alcohol. Prior to the imposition of stricter winemaking regulations in the latter half of the 20th century, in difficult vintages some of Italy’s most acclaimed reds like Chianti, Barolo and Brunello oft times had a fairly significant contributions of Nero d’Avola. Fortunately, these deceitful practices are almost entirely a thing of the past.

Today, the grape is cultivated throughout Sicily and has become the poster child of Sicilian wines. Nero d’Avola is used to make single variety DOC and IGT wines and is also frequently blended with other native Sicilian varieties or international grapes. Some delightful rose wines are also produced.

Top Nero d’Avola wines are dark and dense in color with fruity and spicy aromas and juicy red and black fruit flavors and generous tannins. Oak is commonly used judiciously as too much aging in barrels dulls the intrinsic bright qualities of the variety. Unoaked, fresh and fruity versions also exist, and these wines are often paired with seafood by the locals.

Top Nero d’Avola wines can age for up to a decade but most examples are best consumed within five years of release while they are still exuberantly fruity. With a hot, dry climate and fairly predictable weather patterns, vintage variation is minimal and most recent vintages are good to excellent. Nero d’Avola producers with wines in Shanghai include Firriato, Colosi, Tasca, Vaccaro, Paolini and Vigna Nostra.

Should your comfort soup of choice be lighter in style, then Sicily also offers pleasing white wine companions made from the Catarrato, Grillo and Inzolia varieties.

For the most part, these are unpretentious, easy-drinking white wines that typically exhibit charming floral and almond notes that add subtle flavor dimensions to your soup of choice.