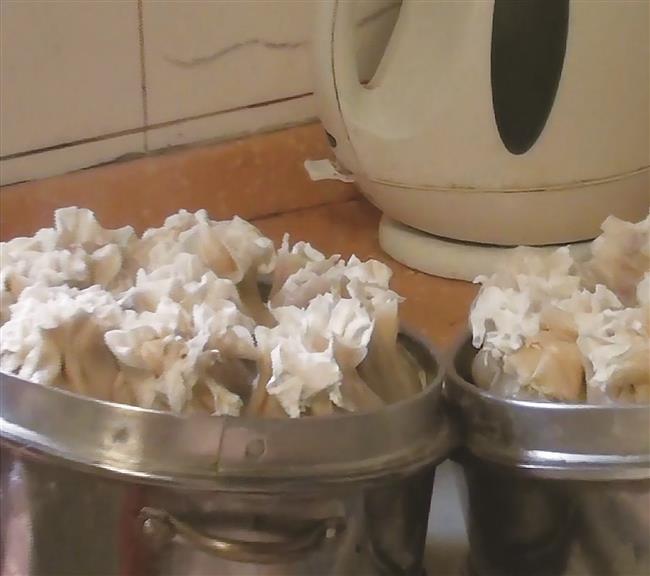 Sijing shaomai with winter bamboo shoots and meat fillings, a steamed dumpling with the dough gathered at the top, used to be star products supplied at the food store affiliated to Songjiang Commercial Corp during Spring Festival. The shaomai was so popular that from 6am to 9am each morning, the store would be crowded with people bustling to buy and taste the fresh and glutinous dim sum.

While making the dough, a chef will use cold water to mix flour and knead the dough with a wooden stick to make sure the final skin will be chewy but not sticky. Each wrapping will be rolled flat and with ruffles.

The wrappings, after filled with meat fillings and chopped bamboo shoots, look like tiny flower baskets.

The crafted shaomai, after steamed above boiling water for eight to 10 minutes, tastes juicy and smells fragrant.

Sijing shaomai with winter bamboo shoots and meat fillings is among the many traditional dishes and snacks that Sijing Town can boast of. But many of them are on the verge of being lost forever due to a lack of inheritors.