Love or hate, mutton's on the menu

As the weather gets colder by the week, winter having officially started last Saturday according to the solar term, mutton is becoming a top protein choice as the Chinese have a tradition of eating the meat at this time of the year.

Across the city, restaurants are starting to launch seasonal menus that feature mutton and lamb dishes as the centerpieces. Some are even switching their business strategy completely — a restaurant on Yuyuan Road which was popular for its crayfish this summer is now selling fresh, hand-sliced mutton hotpot. 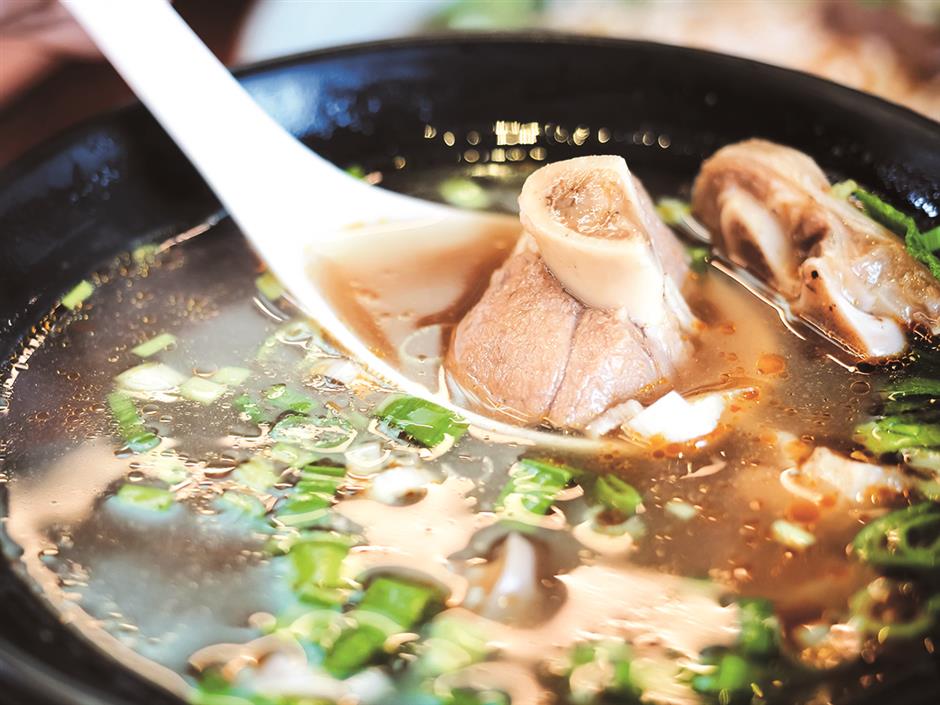 In ancient China, mutton was a more expensive meat compared with pork.

Mutton, a very flavorful meat that you either love or hate, is regarded as an ingredient with very warm properties according to traditional Chinese medicine. Fresh mutton always trumps frozen mutton in Chinese cooking, because the fresher the meat, the simpler the cooking and seasoning.

In Chinese cooking, plain mutton soup should always be cooked with high-quality, fresh mutton or lamb.

Different regions have their own versions of stewed mutton soup, from the basin mutton in some parts of Shaanxi Province, the Jianyang mutton soup in Sichuan Province and Chongqing, to the cangshuyangrou in Suzhou, Jiangsu Province. The delicious white-colored mutton soup is often seasoned with simply salt, white pepper and ginger, the latter helping to tone down the strong meaty flavor while boosting its warmth.

Mutton soup is made by stewing bones for several hours to achieve a rich broth, then cooking large chunks of meat in the soup and serving by pouring ladles of hot soup in a large bowl with some chopped scallions, cilantro and white pepper already placed at the bottom of the bowl. Compared with sprinkling the herbs and spices on top of the soup, the splashing action can activate the flavor better for stronger aromas. The mutton meat is usually sliced and added in the soup.

Mutton offal soup is also very popular, featuring chopped, cooked offal such as tripe, liver, heart and intestine. The offal, thoroughly cleaned in water repeatedly, is usually cooked with more condiments and seasonings to remove the strong odor. The meat is boiled in water and then cut in slices or strips before they are stewed in a pot of water with ginger, rice wine and leeks.

The soup can be flavored with a splash of chili oil for extra spiciness and warmth.

Both mutton soup and mutton offal soup are ideal to serve with hot buns and flatbread, which can also be broken in smaller pieces and dipped in the soup to soak up the delicious broth. 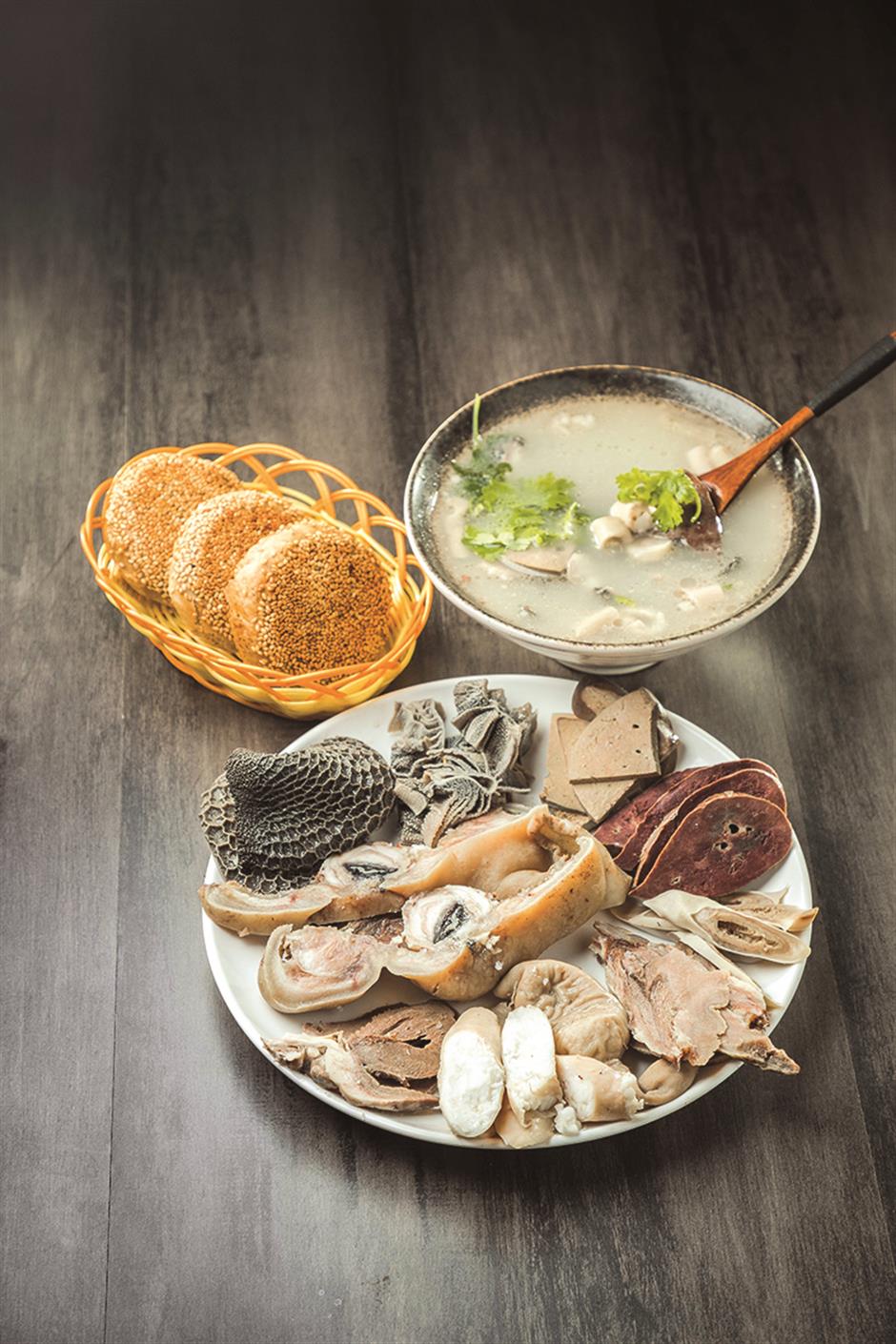 TCM ingredients can also be added in mutton soups and stews to boost their health benefits, such as danggui (Angelica sinensis), huangqi (Astragalus root) and dangshen (Codonopsis pilosula). Some people also prefer to add white radish in the soup, which is soft and flavorful after taking up the rich flavors of the mutton.

For traditional mutton hotpot, fresh mutton is essential, and it is usually sliced by hand before serving for the ideal texture. To assess the quality of the meat, observe the mutton slices served on dry plates. If the slices stick on the plate when it’s held vertically, the mutton is of excellent quality. Fresh mutton also turns white or grey after being dipped in boiling water. The hotpot is usually cooked in a charcoal-fired copper pot.

The classic sauce for mutton hotpot is using sesame paste as a base and seasoning with fermented bean curd sauce, scallions and garlic.

Ice-stewed mutton is a variation of mutton hotpot which has been growing in popularity since last year. It’s a dish that requires patience — a traditional copper hotpot is filled with ice and mutton meat in cubes, with some leeks, onion, goji berries and jujubes on the side for flavor, A bottle of water is poured in the pot and it’s essentially a slow-cooking process to ensure the tenderness of the meat, as the ice cubes must melt after the heat is turned on and the cooking of the meat is gentler compared with boiling them in water directly.

Ice-stewed mutton is served as a hotpot, but enjoying a bowl of fresh mutton soup is a must before cooking other meats, vegetables and staples in the delicious broth.

But for mutton with stronger flavor and cuts that aren’t ideal to make soups, braising is the go-to option. More seasonings are used in braised mutton dishes, including bay leaves, garlic, cinnamon, cooking wine, chilis, peppercorns and soy sauce. 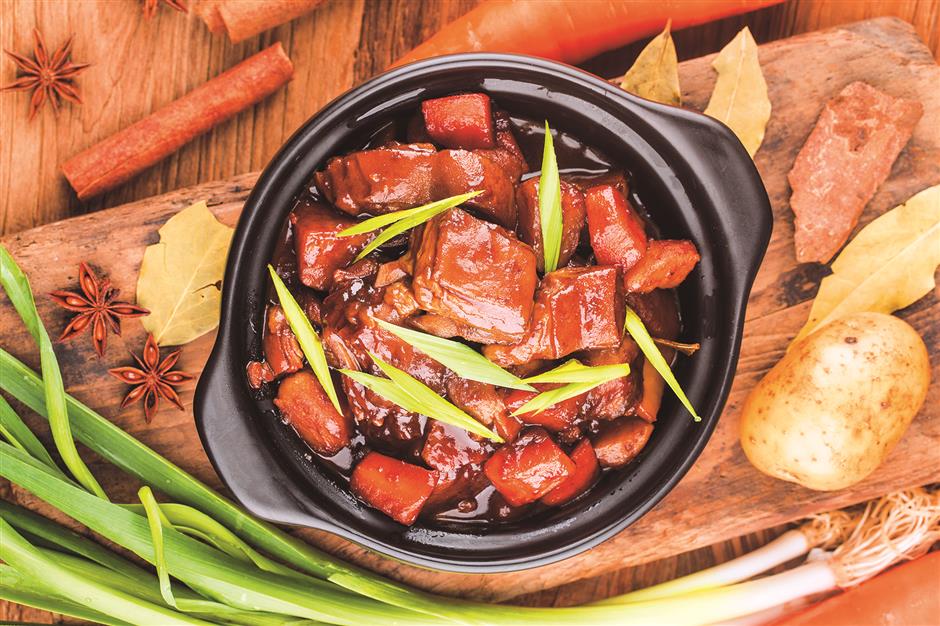 Mutton spine, which is known as yangxiezi, or “mutton scorpion” for its shape, is a cheaper cut of meat but boasts huge flavors when it’s stewed with heavy spices and sauces. The spine part includes both bone and tender meat, and the rich broth cooked with more than a dozen varieties of herbs, spices and condiments is perfect for cooking simple vegetables as hotpot.

There are two kinds of mutton spine hotpot, the clear soup and the dark soup, with the latter made with soy sauce for extra flavor and color. The meat is fully cooked when the large pot of meat and broth is served, and when it starts to boil one can enjoy eating the meaty bones first before cooking more meat and vegetables.

Some prefer to make the easier version of mutton spine hotpot by adding spicy hotpot condiments directly into the stew.

Mutton leg meat is very tender and lean. It’s often sliced thinly to make stir-fries with leeks and other strong-flavored vegetables like chilis or garlic sprouts, or put on skewers for grilling with some fatty meat in the middle to balance the texture.

Cumin is a common spice in mutton dishes, which not only adds flavor but also neutralizes the undesired taste of the meat. It’s the prominent spice in the spice mix usually used on lamb or mutton skewers, as well as in rich stews and stir-fries.

Mutton brisket, which is a mix of tender and fatty meat, is a perfect cut for braising and is often cooked in a clay pot with vegetables like carrots, radish, dried bean curd and water chestnuts. The sauce used in braised mutton dishes is rich, thick and dark in color, a blend that includes soy sauce, oyster sauce, fermented tofu and scallop sauce. 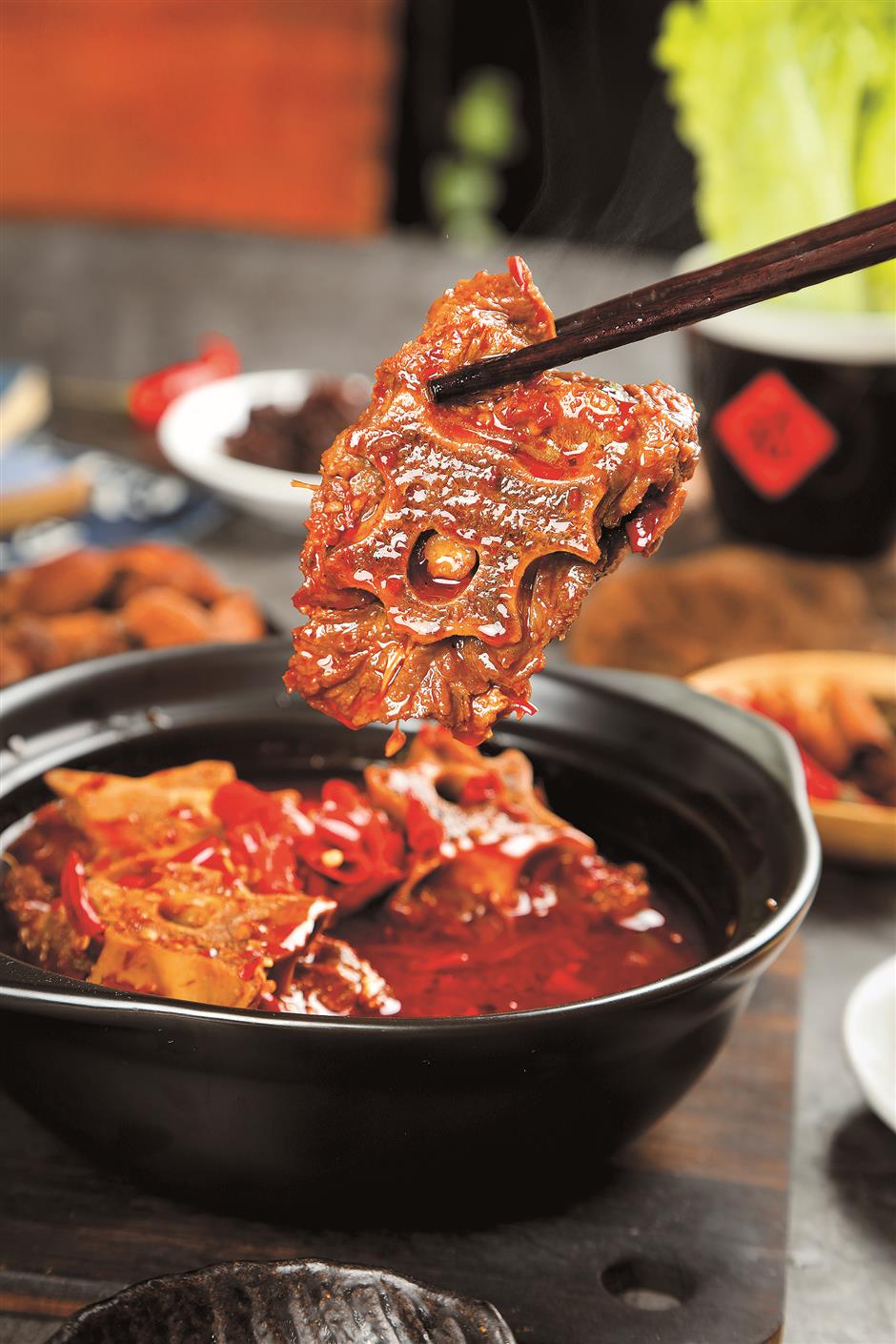 Special Reports
ADVERTISEMENT
Love or hate, mutton's on the menu
'Gin & Juice' offers tonic for fun to be-gin
Dedicated to one of China's 'Great Four Cuisines'
Sharpen your knife and heat up the wok
Steamed dumplings with bamboo shoots and meat fillings had crowds queuing up
Festival makes you want to eat your veggies
Spanish wine sweet on potatoes
Superfood that's a traditional staple
But does it go well with rice?
Bubbly sparkles for Beijing duck
EXPLORE SHINE