Bubba's finger-licking BBQ is back in town

Bubba’s is back and bigger and better than before! Kenneth Walker, the proprietor of Shanghai’s first Texas BBQ joint, recently reopened a new Bubba’s Food Co. after three years away from the Shanghai BBQ scene.

The Texas native opened Bubba’s in 2006 as the first and only Texas barbecue in town, next to the Marriott Hongqiao, where people traveled from far and wide to taste the joint’s authentic slow-smoked meats.

It closed in 2017 when the land got reclaimed by the government and Bubba’s ceased to exist until a new spot was found inside Shan Kang Li, a new lifestyle complex in Jing’an District.

The downtown location, which has a spacious outdoor area, is ideal for some of the famous annual events organized by Walker, so keep your eye out for the upcoming Annual Chili Cook-off, Barbecue Cook-off and Hot Sauce Festival. 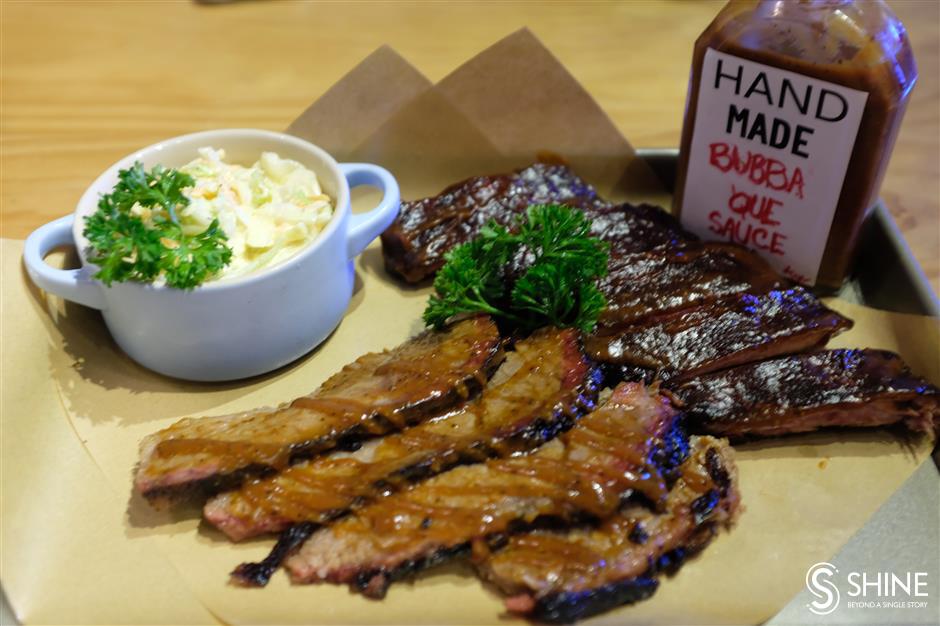 Customers need to check the Pit Boss Board for the barbecue of the day.The smoked dishes are served with different sides from classic coleslaw salad to onion rings.

Bubba’s has only been open a month but many of its old clientele has been wooed back, alongside a new crowd of curious customers keen to taste the diner’s finger-licking food.

Walker takes the art of smoking meat seriously but that is hardly surprising given he grew in the Texas “barbecue belt.”

“The authentic Texas barbecue is cooked ‘low and slow.’ Fired by applewood and jujube wood, sourced in China, the smoke cooks the meat consistently at a low temperature for long hours that both tenderizes and locks in the flavor,” he said.

Walker rubs the meat with salt and pepper but doesn’t use any sauce to coat the food before cooking — he leaves the sauce dipping to customers. Walker has created a special BBQ sauce modeled on the one he tasted in City Market in Luling, a century-old barbecue establishment. 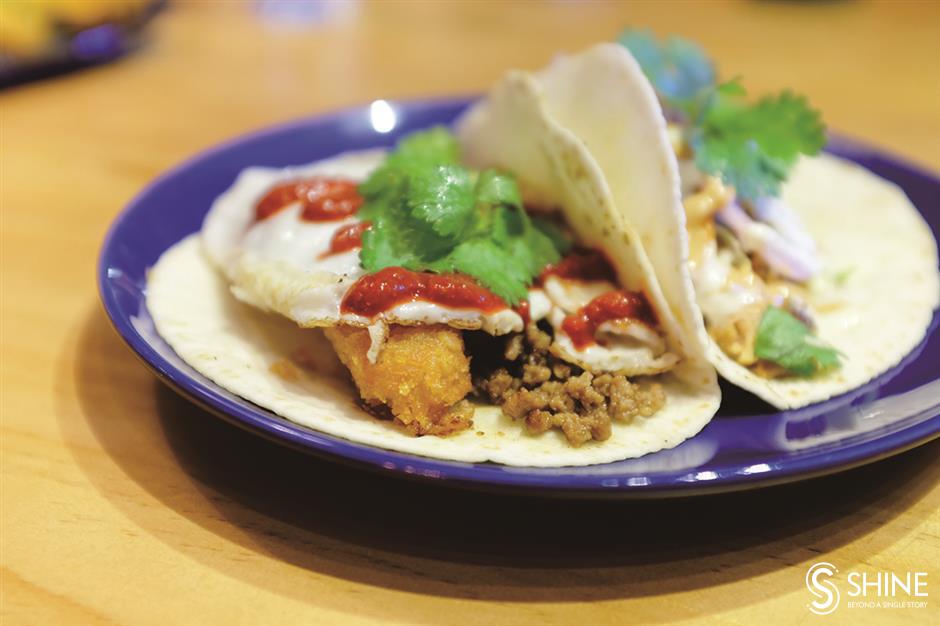 Tacos are among the best orders.

The American restaurateur serves with pride a selection of fresh barbecue from prime beef brisket, pork ribs, beef ribs, chicken to sausages — but not all of them are available at the same time.

Customers need to check the Pit Boss Board for the barbecue of the day. The smoked dishes are served with different sides from classic coleslaw salad to onion rings.

But there is so much more to offer at Bubba’s and Walker is quite happy to experiment and play with the other side of Texas cooking in the form of Tex-Mex items.

Crafted burgers, tacos, nachos, guacamole and jalapeno poppers all are available. Walker loves to keep the tacos “weird,” which means he loves to experiment different fillings to surprise his guests.

﻿
Special Reports
ADVERTISEMENT
Bubba's finger-licking BBQ is back in town
Discovering delicious Ningxia
Love or hate, mutton's on the menu
'Gin & Juice' offers tonic for fun to be-gin
Dedicated to one of China's 'Great Four Cuisines'
Sharpen your knife and heat up the wok
Steamed dumplings with bamboo shoots and meat fillings had crowds queuing up
Festival makes you want to eat your veggies
Spanish wine sweet on potatoes
Superfood that's a traditional staple
EXPLORE SHINE