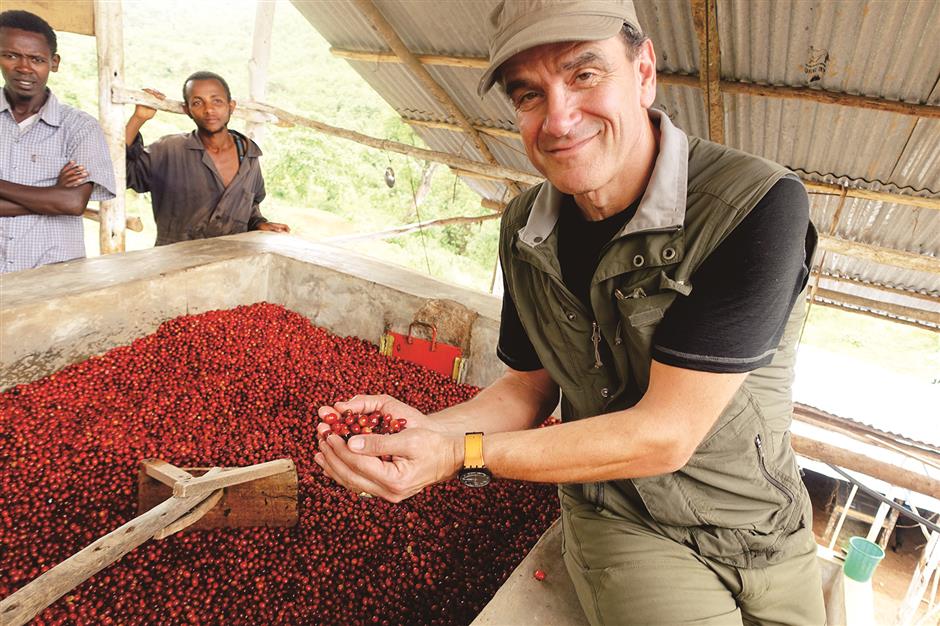 Willem Boot is a name deeply associated with coffee, especially Geisha, the most expensive variety in the coffee world. This year, his second farm in Panama, Finca Sophia, won the Best of Panama competition with an unusual high average score of 95 points.

“It also achieved an astounding world record prize at the auction: US$1,300 per pound (0.45 kilograms),” Boot said.

Established in 2008 by Boot and his wife Catherine Cadloni, partners Helen Russell and Brooke McDonnell, the Finca Sophia farm starts at 1,900 meters and extends up to 2,150 meters by altitude. Extending the farm took more than 10 years to accomplish because “the higher coffee grows, the slower the ripening of the cherries and the deeper the flavors of the bean.”

Boot was born in the Netherlands in 1960 and grew up in Baarn, a small town close to Amsterdam. In 1974, Boot’s father set up a store with self-designed sample coffee roasting machines (The Golden Coffee Box) on display. And it was in this year, at the age of 14, Boot started to learn coffee from his father.

“I spent endless hours roasting samples with The Golden Coffee Box. Later on I learned the craft of roasting in a nearby roastery, which featured a vintage 12-kilogram German roaster,” he said.

At that time, Boot’s journey of learning about coffee flavors produced from different origins, began in earnest.

In 1989, he moved to San Francisco, where he was hired as a coffee roasting machine salesman and a trainer for coffee entrepreneurs.

The experience inspired him to start Boot Coffee, a consulting and training company for specialty coffee, in 1998.

“I became fascinated about the origins of specialty coffee, about varieties and processing styles and about the culture of coffee growers and their unique challenges,” he said.

He studied Spanish, a language spoken in most origin countries in Latin America, and continued to learn about coffee from the green bean to the cup. The Dutchman also refined his cupping skills. He opened a coffee laboratory where he researched roasting profiles and analyzed flavors through blind cupping protocols. 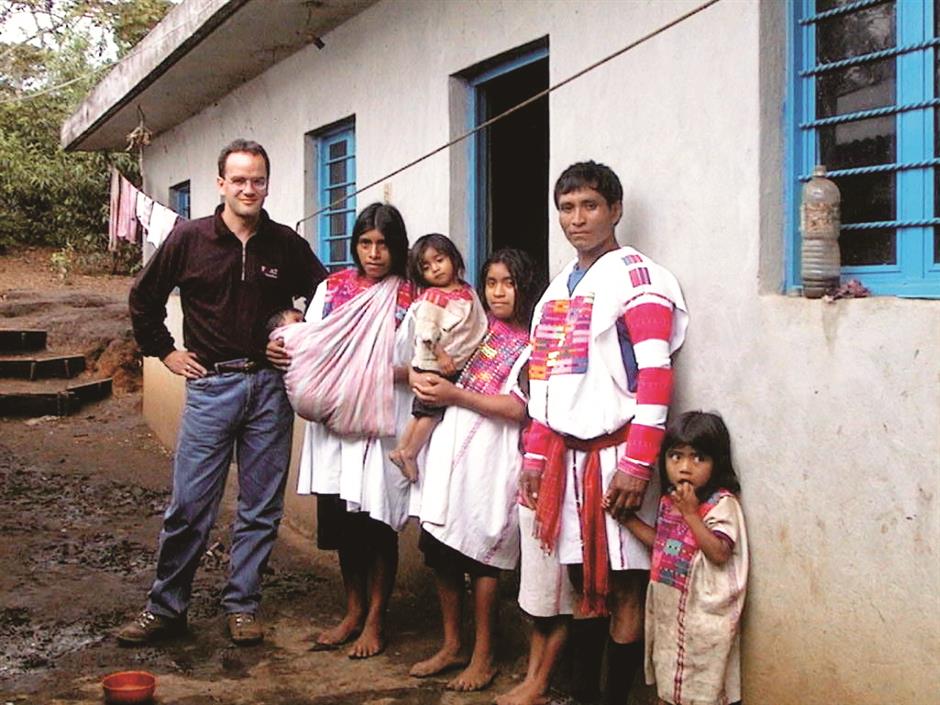 Boot’s consulting company grew fast and he had “a growing portfolio of clients, initially coffee companies throughout North America and then companies from around the world.”

His training as an economist — he obtained a master’s degree in economics — and as a coffee quality specialist allowed him to travel around coffee producing countries, such as Colombia, Ethiopia, Honduras, Yemen and Panama. However, a visit to Panama in 2004 was a life-changing moment for Boot.

Boot participated in the Best of Panama coffee competition as a judge in 2004 where he “tasted the unparalleled flavor of Geisha coffee for the first time.”

“I instantly fell in love with this remarkable variety,” said the 60-year-old, who was intrigued by the idea of looking for the roots of Geisha. “We were able to find the probable source in this small forest near the remote town of Gesha in the Bench Maji District of western Ethiopia.”

Boot decided to grow Geisha out of his admiration for the special variety. In 2006, he bought his first farm, five hectares of land on the Baru volcano near the town of Boquete in Panama. He named it Finca La Mula.

Geisha trees are delicate and take years to adapt to the environment in Panama. But patience in the climate was rewarded in 2014, when Finca La Mula claimed the prestigious Best of Panama competition. “It was a memorable experience,” Boot said. “In 10 years, I had been able to turn the tables: from tasting Geisha as a cupper to becoming an award-winning Geisha producer myself.”

The farm continues to win honors, such as Good Food awards and a 97 point rating by Coffee Review.

Four years ago, the Boot couple started a third farm, Finca La Cabra, with partners John and Lynelle Lawrence in Panama. “The eight-hectare farm features different Geisha varieties, such as the Geisha Nano variety, which is a natural hybrid due to the dwarf-like appearance of the coffee trees,” said Boot, who became a partner in the Gesha Village Estate in Ethiopia, a 400-hectare plantation growing different Gesha varieties.

Like many other industries, coffee has been greatly affected by the COVID-19 pandemic, from origin countries to the consumer level. However, the global emergency pushes the coffee world to transit from the third wave of coffee to the next.

“The fourth wave of coffee has already started in my opinion,” Boot said. “It is all about creating direct connections with consumers.”

On one hand, the pandemic leaves people grounded and stores closed but, on the other hand, it has contributed to the rise of a fourth wave as nano-lot coffee roasters, advanced Internet-driven services, and user-friendly brewing methods have all helped consumers to become their own barista.

“The fourth wave will also enhance the consumer experience because of the highly improved visibility of coffee farmers,” Boot said. “Powered by modern technologies, it facilitates farmers and roasters to educate consumers at an unprecedented level. I have the highest expectations for the Chinese market. Chinese specialty coffee consumers seem to have an unequivocal interest in understanding flavor profiles.”

While it may be challenging to entice Western consumers to explore the taste of their coffee, Boot believes coffee consumption of specialty coffee will increase dramatically in China over the years to come.

The term “wave of coffee” refers to a period in time or stage in the coffee industry. These waves represent big changes in the industry and the changes in the global culture brought by coffee itself.

The definition and understanding of the waves of coffee varies but basically:

Third Wave: Coffee starts being purchased based on its production origin and its methods of production. The focus is on the quality of coffee beans. You must hear about terms like specialty coffee by now, right?

2. Prepare both coffees with a Chemex coffeemaker and allow the brew to cool slightly while it gradually releases its aromas.

3. Instead of using regular cups, pour the coffee into a wine glass and savor the liquid gradually.

Comment from Boot: “I guarantee you that the result will be astounding!”

﻿
Special Reports
ADVERTISEMENT
Fourth coffee wave ready to rise and grind
Healthy snack but beware calories!
Get your skates on and roll with it at Riink
Kun Thai serves up a taste of Bangkok street food
French bistro conjures an authentic Parisian vibe
Bubba's finger-licking BBQ is back in town
Discovering delicious Ningxia
Love or hate, mutton's on the menu
'Gin & Juice' offers tonic for fun to be-gin
Dedicated to one of China's 'Great Four Cuisines'
EXPLORE SHINE