A burgundy gets under your skin 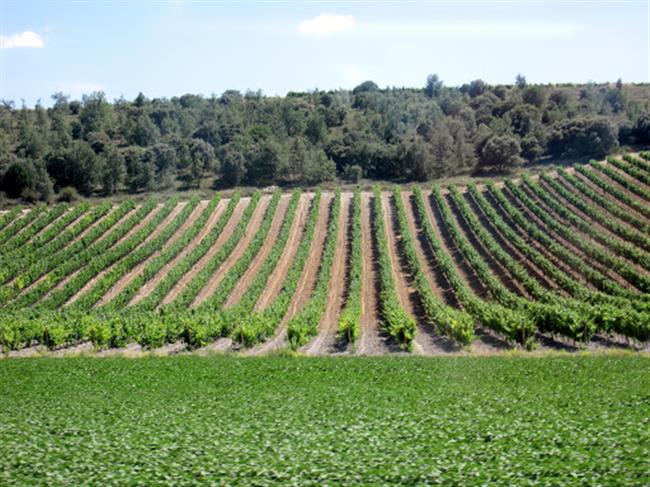 Meat lovers around the world rejoice the experience of eating juicy, savory and textured morsels of meat. Lightweights may favor a filet steak while more serious carnivores opt for fattier cuts of steak, pork or lamb. There’s also a cadre of dedicated carnivores who gravitate toward the skin of pork, chicken and fowl. In China, the skin of animals and fish are considered particular delicacies. I couldn’t agree more, especially when paired with ideal wine partners.

What would so many legendary Chinese dishes be without skin; think Beijing duck, Cantonese roasted pork belly and crispy chicken? These are only three of hundreds of culinary creations that rely on the unique flavor and texture of skin to realize their full delicious potential. Crispy meat and fish skin snacks are also quite popular and similarly benefit from a glass of wine.

While savoring the pork, chicken or fish skins, two major components of wines determine a wine’s skin-friendliness; specifically, acidity and tannins. Whites tend to have more acidity and reds more tannins, yet there exists a style of red wine that nicely combines both attributes.

Young Pinot Noir is fruity, lively and stylish. The most basic Burgundy reds are Passetoutgrains, Pinot Noir with some Gamay, or Pinot Noir AOC wines. Better examples of these wines are eminently drinkable, but when devouring skin snacks or more elaborate dishes, where crispy or chewy skins play a prominent taste and texture role, I prefer a slightly weightier and more elegant red Burgundy option.

South of Chablis and to the immediate north of Cote de Beaune, the two bastions of Burgundy’s greatest white wines, lies Cote de Nuits AOC, the spiritual home of Pinot Noir. Situated between Dijon and Corgoloin, this sub-region is 20 kilometers long and between 3.2 kilometers at the widest point and a mere 200 meters at the narrowest point. Due to its elongated dimensions, and prestigious wines, the region is sometimes referred to as the Champs-Elysees of Burgundy.

The central location means summers are hot and winters are cold and the region is influenced by weather fronts originating from the Baltic Sea to the north, the Atlantic Ocean to the west and the Mediterranean Sea to the south. This confluence of weather patterns also results in vintage variations. Most Cote de Nuits vineyards feature limestone with a mix of marl, gravel and sand. The special climatic and geological factors of Cote de Nuits have enabled skillful winemakers to make fine wines for thousands of years.

Two centuries after the Romans first planted vines in the southern parts of Burgundy they started cultivating vines east of their Augustodunum settlement in what is present day Cote de Nuits. Wines of the region quickly developed a lofty reputation throughout the Roman Empire and even competed for discerning ancient palates with the more robust Aglianico wines of southern Italy.

During the Middle Ages, Benedictine and Cistercian monks kept the art of winemaking in Cote de Nuits alive and were even credited with advancing the earliest concepts of terrior.

Centuries later King Louis XIV favored Cote de Nuits wines for their unique flavors and health benefits. The Sun King was unquestionably the most influential KOL of his time and as a consequence the wine region flourished.

Today, Cote de Nuits AOC produces Burgundy’s greatest red wines. The Premier and Grand Cru wines of the region are among the world’s most sought after and costly wines but when consuming tasty skin snacks and dishes I prefer a humbler wine; namely, Cote de Nuit Villages AOC wines. They come from in and around the Brochon and Fixin villages to the north and the Comblanchien, Premeaux and Corgoloin villages to the south.

These honest and affordable expressions of Pinot Noir may lack the regality and magnificence of their Premier and Grand Cru brethren wines, but they also don’t carry the highfalutin baggage and cost of the elite reds.

Though technically not a Cotes de Nuits Villages AOC wine, the Jayer-Gilles Bourgogne Haut-Cote de Nuits wine deserves mention as a fresh and vibrant Pinot Noir that expresses the best qualities of the region at an affordable price.

Because Cote de Nuits Villages wines are mid-weight charmers rather than age-worthy heavyweights, it’s best to enjoy them relatively young or within 8-10 years of release. It’s also important to chill the wines before serving.

Special Reports
ADVERTISEMENT
A burgundy gets under your skin
Fourth coffee wave ready to rise and grind
Healthy snack but beware calories!
Get your skates on and roll with it at Riink
Kun Thai serves up a taste of Bangkok street food
French bistro conjures an authentic Parisian vibe
Bubba's finger-licking BBQ is back in town
Discovering delicious Ningxia
Love or hate, mutton's on the menu
'Gin & Juice' offers tonic for fun to be-gin
EXPLORE SHINE