When is a proper amount just right?

Recipes in Chinese cuisine are difficult to follow, not only because there are always expressions like “a proper amount” or “when it’s the right cook,” but also the way how cooking techniques are interpreted and executed.

Hidden behind the rather vague language of the recipes are actually very precise directions and a comprehensive system of cooking techniques that makes the best out of the ingredients. 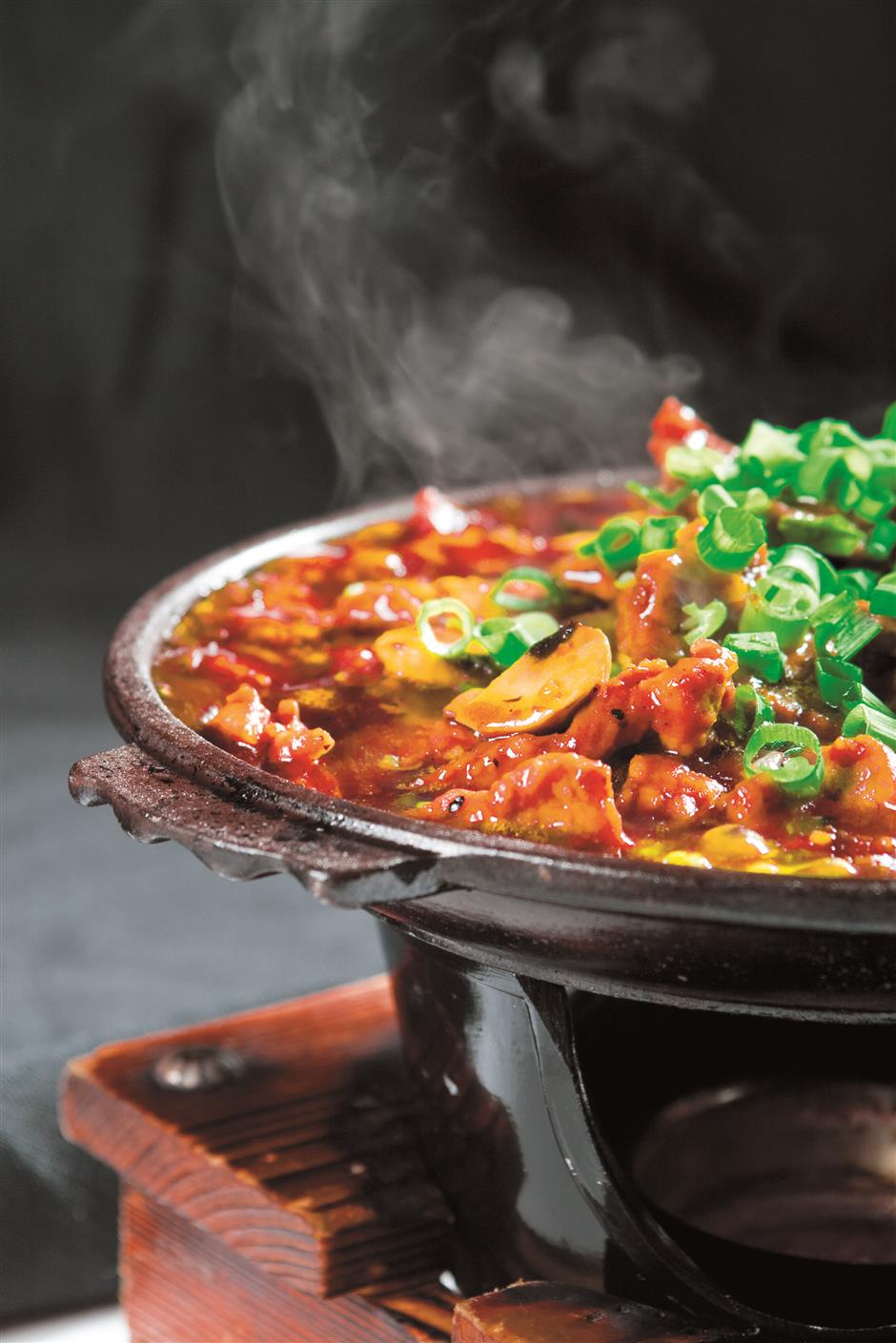 Stir-frying is easy and speedy. It’s one of the foundations of Chinese cooking and the technique many Chinese people learn at the very beginning, but when the recipe says stir-frying, it could mean several different techniques.

Basic stir-frying, or chao, means cooking smaller pieces of ingredients in an appropriate amount of oil, with both the wok and oil hot before the vegetables and meat are tossed in.

Within the scope of stir-frying, there are a few variations such as huachao (滑炒), which is usually used to cook meat dishes that emphasize their tender texture. Sliced meat, such as chicken, pork or beef, is first coated with egg white, starch, oil and basic seasoning such as cooking wine, soy sauce, salt and sugar to marinate briefly.

Before stir-frying, there’s an extra step of cooking the meat in a larger amount of warm oil until the color changes. The meat is then fished out quickly and set aside to let the excess oil drip off.

Then it’s just the same as cooking a regular stir-fry dish by heating up some oil to cook the vegetables, adding the meat, before finishing with a starchy sauce composed of light soy sauce, salt, sugar and a tablespoon of starch diluted in water. The sauce not only seasons the dish, but also achieves the thickening and glossy finish that contributes to the overall tender and smooth texture.

Baochao (爆炒), quick stir-frying, on the other hand, focuses on the speed and intensity of the process, a high-speed and strong technique that reduces cooking time to maintain the crunchy texture of the ingredients.

Some ingredients, such as pork tripe, chicken or duck gizzard, squid and lean red meat, can become very hard to chew when cooked for a long time in the wok, so their crunchy texture can only be preserved by fully cooking the ingredients as quickly as possible. 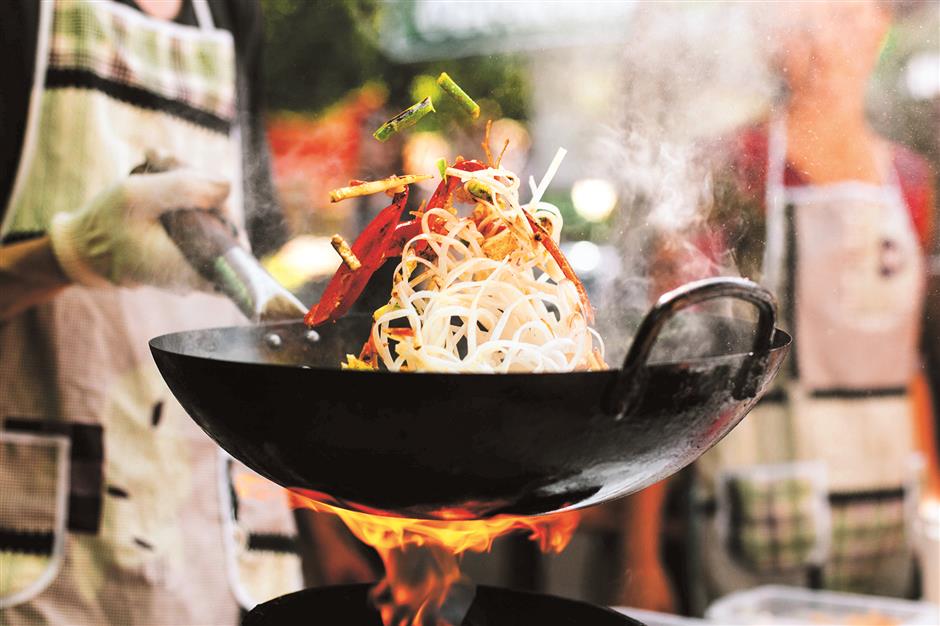 Stir-frying is a fundamental cooking technique, utilizing the high heat to cook vegetables and meat quickly while preserving the original flavor and texture.

There are a few keys to making a proper baochao dish: Fresh ingredients that are lightly scored on the surface to reduce cooking time, high heat of the wok and oil and non-stop actions. Because every step must be completed in seconds, the sauce is usually prepared beforehand and can be poured into the wok at the end.

One often sees professional Chinese cuisine chefs tilting and swinging the wok to make sure every piece of the ingredients is taken care of during the stir-frying process, but for home kitchens, it’s not an ideal technique. Professional kitchens have very robust stoves and a much stronger fire to keep the temperature high, but in home kitchens, when the wok is removed from the stove, it loses precious heat that takes longer to build up, and lengthening the stir-frying process especially when making quick stir-fries may result in losing the ingredients’ tender or crunchy texture. 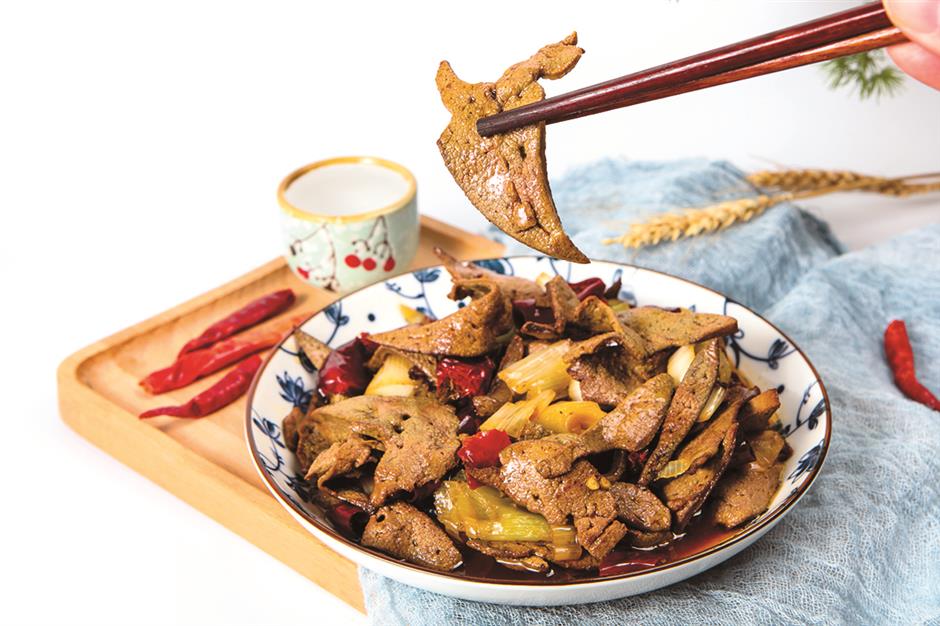 Liu (熘), is another quick stir-frying technique similar to huachao. The ingredients are first fried or stir-fried before a sauce is added to boost the flavor. Culiubaicai, vinegar stir-fried Chinese cabbage, is an all-time favorite vegetable dish in Chinese cuisine that’s prepared using this technique. The vinegar-based sauce added near the end of the stir-frying process boosts the fragrance and flavor of the humble vegetable intensely, and the extra sourness can cheer up a dull appetite.

This technique can preserve the intensity of the condiments and seasonings. Vinegar can become less flavorful and lose some of the sourness when it’s cooked for some time. 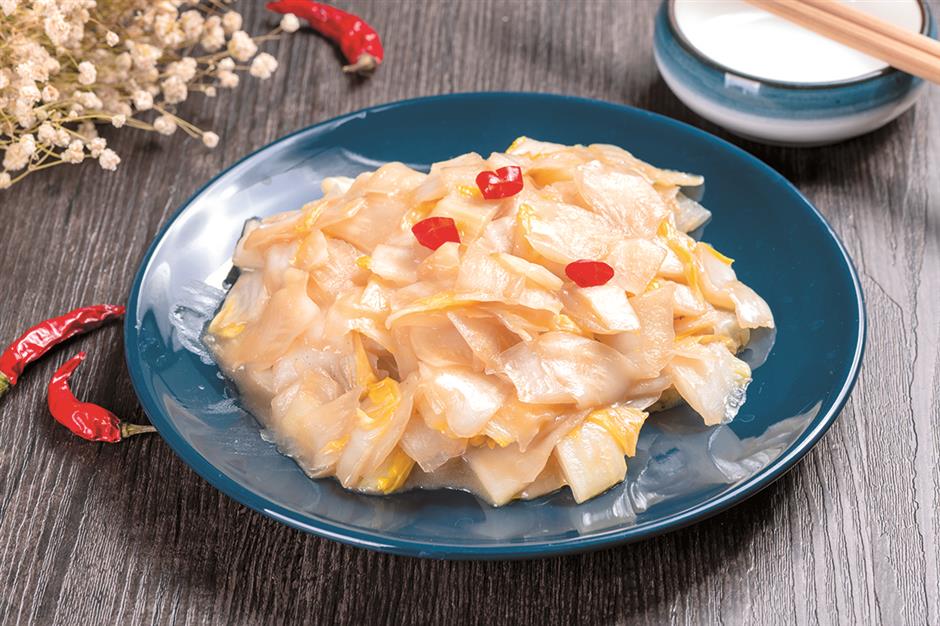 Winter is the time for hot stews and braised delicacies, especially when the sizzling meat and vegetables are served in hot clay pots to keep them warm throughout dinner time.

Stewing and braising are two similar techniques, the first step is preparing the main ingredients. With meat, it’s generally a blanching in boiling water to remove the residual blood. With vegetables, it can be a frying process to ensure the shape and texture are intact in future cooking.

Then the ingredients are lightly stir-fried with ginger and scallion to boost flavor. Next, the water is added and brought to a boil over high heat. Then it’s set at low heat to cook the ingredients slowly in tightly sealed pots or pans.

Stewing emphasizes the soft texture of the ingredients. It requires a larger amount of water and longer cooking time so that everything becomes meltingly soft and delicate. On the other hand, braising focuses more on color, texture and the sauce. The amount of water used and the time needed for cooking vary with different types of ingredients, and there’s often a final step of reducing and thickening the sauce.

There’s also a technique called men (焖) that layers all the ingredients in sealed pots with a little bit of water to prevent burning, then cook over low heat before adding in a sauce mixture for another 10 minutes to finish. 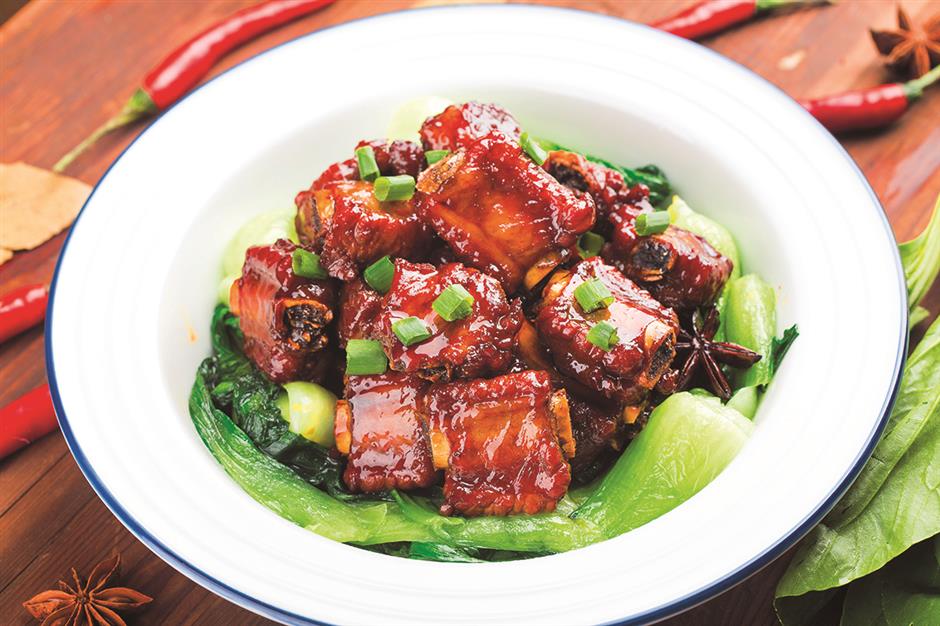 It’s a more convenient way of making hot dishes and features all kinds of vegetables and proteins for nutritionally complete meals. The key is to keep the lid on the entire time, so the heat and steam can cook ingredients quickly.

For dishes that don’t require a longer cooking time, there are several techniques for boiling. A basic boiling is placing the ingredients in a large amount of water or broth, bringing to boil and then cooking over medium or low heat.

Cuan (汆) is a quick boiling method that’s usually used to cook ingredients in smaller pieces — shreds, slices or meatballs which have a loose texture compare to a chunk of meat.

This technique requires cooking the ingredients and broth quickly over high heat, so a classic meatball soup can be ready in minutes. Cook the fresh meatballs in boiling water with a few slices of ginger, added in the leafy vegetables and season with salt, sesame oil and white pepper.

Hui (烩) is a technique that cooks the broth with vegetables and meat, after stir-frying ginger and scallion in oil to release the flavor. The ingredients are added in the pot with broth or water.

The key is to use ingredients that are easily cooked, so the meats are usually prepared beforehand. A typical dish made using this technique has almost the same amount of main ingredients and broth. 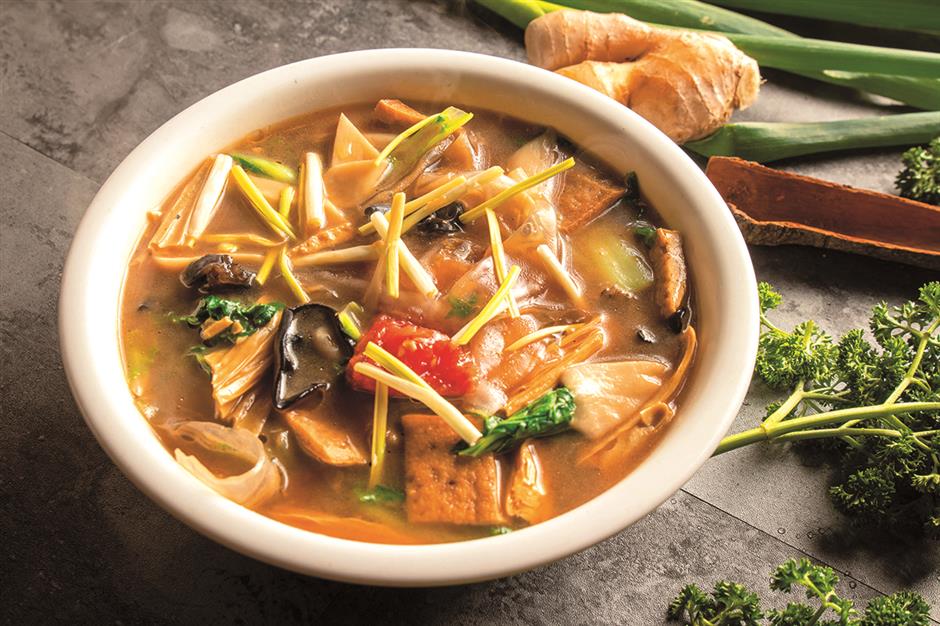