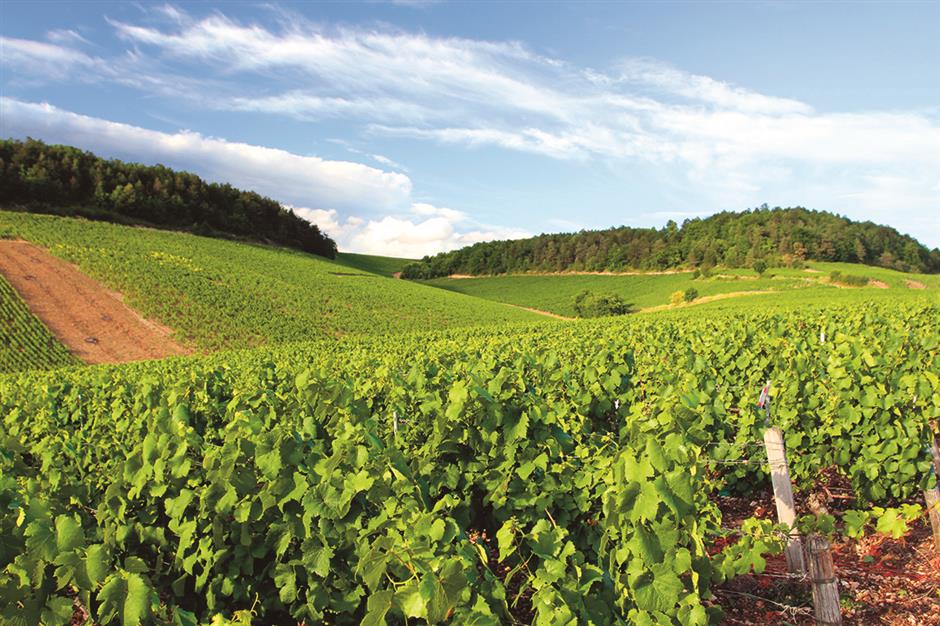 Purity is sacred in many beliefs. It is a core of aesthetics and also a holy grail for winemakers. In the wine world, purity refers to wines that have minimal intervention and are as unadulterated and natural as possible. The quest for purity is related to the larger trend of natural wines.

A pure wine by its very definition accurately expresses its terroir. This ideal is based on the premise that with greater technology and knowledge many qualities in a wine can be copied or imitated, but not the terroir or place it originates.

There’s no one philosophy or winemaking approach that guarantees purity in a wine, and in fact winemakers often take different approaches to achieve this goal. Some ferment red grapes in whole bunches of grapes, other don’t; some allow whites to rest on the lees while others find this approach excessive. Everyone agrees additives are bad as is the overuse of oak. As a result, many winemakers use less new oak or less time in oak while others swear off all oak use and age in stainless steel.

And what does purity have to do with today’s feature gourmet story on Chinese cooking in clay pots? Actually, they’re intimately related. As mentioned in last week’s column, in the pursuit of purity and expression of terroir some winemakers like Yves Roduit of Chateau Roduit in Shangri-La are adopting the ancient practice of fermentation and aging in clay pots or amphora. The ancient world used clay vessels in winemaking because it was readily available but modern winemakers use clay to craft pure and natural wines. The use of clay vessels in the wine industry remains the exception rather than the rule, but the trend is growing.

If one style of French wine speaks purity to me it’s Chablis. As in other wine regions, the majority of winemakers in Chablis still use stainless steel or oak to ferment and age wines but some are using clay vessels. But whatever material is used, Chablis wines remain among the most pure and inimitable in the world. Let’s learn why.

First there’s the weather. Next to Champagne and Alsace, the region of Chablis is the most northerly in France. Separated by 100 kilometers from the Cote d’Or, Chablis routinely experiences weather extremes. Spring frosts are a particular threat to immature buds before they become grapes. Severe weather at harvest time is another risk. This propensity for severe weather may give winemakers nightmares but the special climate and soils also allow for white wines of exceptional quality. Great wines have been produced here for centuries.

Third century Roman Emperor Marcus Aurelius Probus is credited with an edict that led to vine cultivation in Chablis. The Chardonnay variety was most likely first planted in the region by the Cistercian monks in the 12th century. Chablis’ proximity to Paris meant wines could be easily transported to the capital and for nearly a millennium the region prospered until the mid-16th century when the Huguenots ransacked the town of Chablis and surrounding vineyards. It would take centuries for the wine industry to recover.

The 19th century was a period of recovery and prosperity for Chablis and by the mid-century there were 40,000 hectares of vines. Near the end of the century adversity struck again in the form of vine-killing odium mildew and phylloxera pests. The 20th century was no kinder with two world wars — and by the 1950s only 550 hectares of Chardonnay vines were being cultivated. In 1957, a severe spring frost decimated the crop and an staggeringly meager 132 bottles of Chablis were produced. The future of this once great wine was in doubt.

But even during its darkest hours Chablis had loyal fans who craved its stylish, pure and lean characteristics. Gradually, the incorporation of new technology and science helped protect against frosts and diseases and gradually Chablis regained a status as one of the world’s great white wines. Today, Chablis wines remain somewhat elusive to many drinkers; however, diehard fans like myself still seek out these wines.

The quality pyramid in Chablis starts with Petit Chablis — wines made from vineyards that are the farthest away from Chablis town. These are the lightest and least expensive Chablis wines and are best consumed young. Chablis AC wines are the largest category by far and vary in quality from good to very good. Both wines have no or very little oak used in the winemaking process and because of their light and fresh qualities they’re best enjoyed young.

One of my favored Chablis producers is Jean Collet. In Shanghai you can find his unoaked Chablis AOC and Chablis 1er Cru wines as well as two weightier oaked Premier and Grand Cru wines. I love the first two wines for their clarity and purity, but must admit that the two oak-aged wines are also devilishly delicious. Other producers with Chablis wines available in our fair city include Daniel-Etienne Defaix, Joseph Drouhin and Louis Jadot.