Get ready for summer fruits: don't mind the smell, just taste it

Summer is the season to harvest plentiful and delicious fruits, and there's always something new and fresh arriving every month.

From the rich and stinky durian, the delicate loquats to waxberries bursting with sweet and sour juices, take a sweet dive to enjoy the fresh fruits, loaded with vitamins, minerals, fiber and other nutrients.

The fruits can also add a pop of color and flavor to savory dishes. 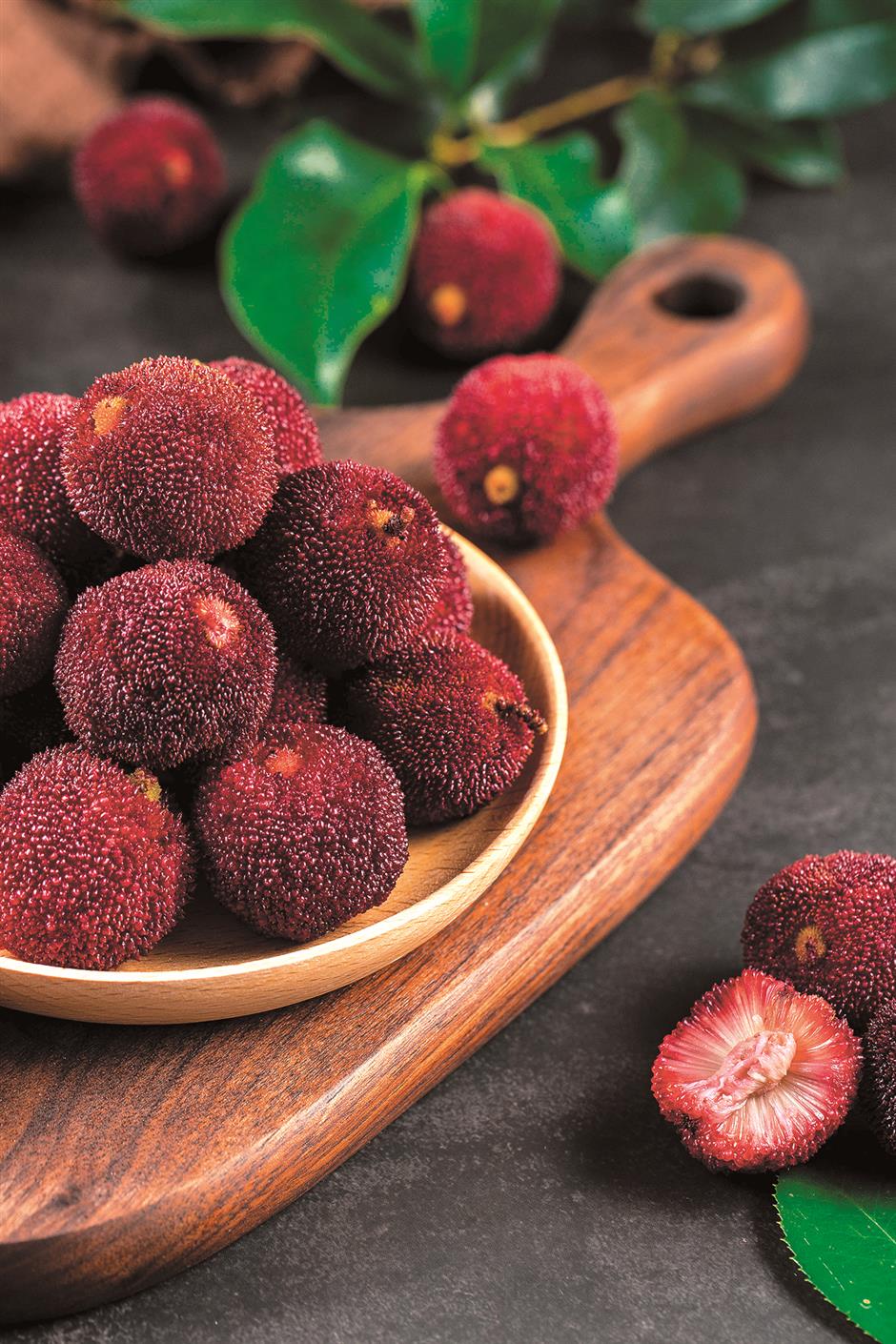 Toy collectors are spending big money on "blind box" (manghe) designer toys for the thrill of diving into the unknown, and the "blind box" craze has extended to fruits this summer.

Durian is a rare fruit of mystery. A whole, unopened durian is just like a blind box – one never knows how many pieces of pulp are packed inside the thorny hard shell until the moment it's cracked.

Across Chinese social media platforms, durian and "blind box" enthusiasts are posting numerous short videos of opening durians. It's a weird satisfaction when a small durian is revealed to pack more pieces of pulp than an extra-large fruit. As whole durians are generally sold by weight, more flesh means higher costs, and sometimes you're not getting what you've paid for.

China has a huge craving for durian, but China does not grow or produce durian apart from a few places in Hainan Province. The fruit is mostly imported from Thailand, Malaysia and Vietnam, fresh and frozen. According to Xinhua news agency, Thailand alone exported US$186 million worth of durian to China in the first quarter of 2021.

Durian has made its way into the heart of Chinese cuisine, even as a filling for qingtuan, the green glutinous rice dumplings for the Qingming Festival, and mooncake, the traditional food for the Mid-Autumn Festival. 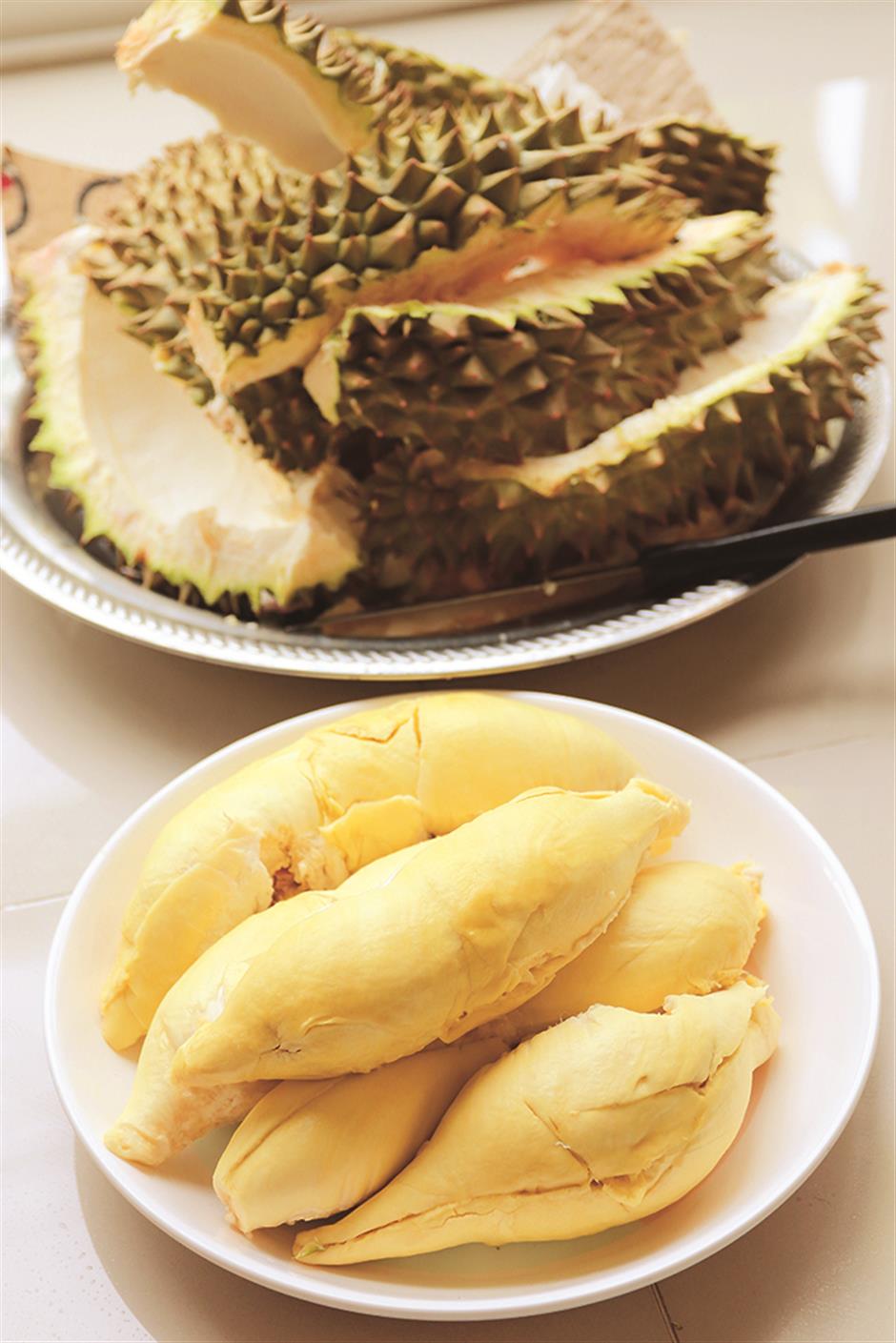 Durian, the stinky yet sweet fruit, is now in season.

The stinky fruit hailed as the "king of tropical fruits" is in season from June to August. Durian has an off-putting, rotten smell, but the strong scent isn't driving people away from enjoying the creamy, sweet and custard-like fruit.

Durian is among the sweeter fruits and the calorie count is high – there are about 147 calories in 100 grams of edible flesh, higher than steamed rice, and the irresistible and addictive flavor of durian makes it hard to eat just a few bites.

The custard-like texture of durian also makes it perfect for use in baking and desserts, such as crispy durian pastry that uses the crushed fruit directly as a filling (and no extra sugar is needed) and store-bought puff pastry, a quick sweet treat requiring minimum skill and time.

Durian ice cream and puff pastry are good ways to introduce durian to people who are not accepting the strong scent easily, as they have a much toned-down smell yet still preserve the distinct sweet flavor. Durian pizza, and mille crepe cake are also very popular, and hardcore durian fans also favor roasting the durian flesh to maximize the flavor and sweetness.

Durian chicken soup is a popular savory recipe that stews the hard shell of durian (after removing the thorny exterior) with chicken or pork ribs as well as the flesh, the shell itself doesn't have the significant durian smell. In the early summer season, the Dongshan "white jade" loquats from Suzhou in Jiangsu Province or the upcoming waxberries from Xianju County of Zhejiang Province are popular seasonal gifts for friends and families in the Yangtze River Delta region. 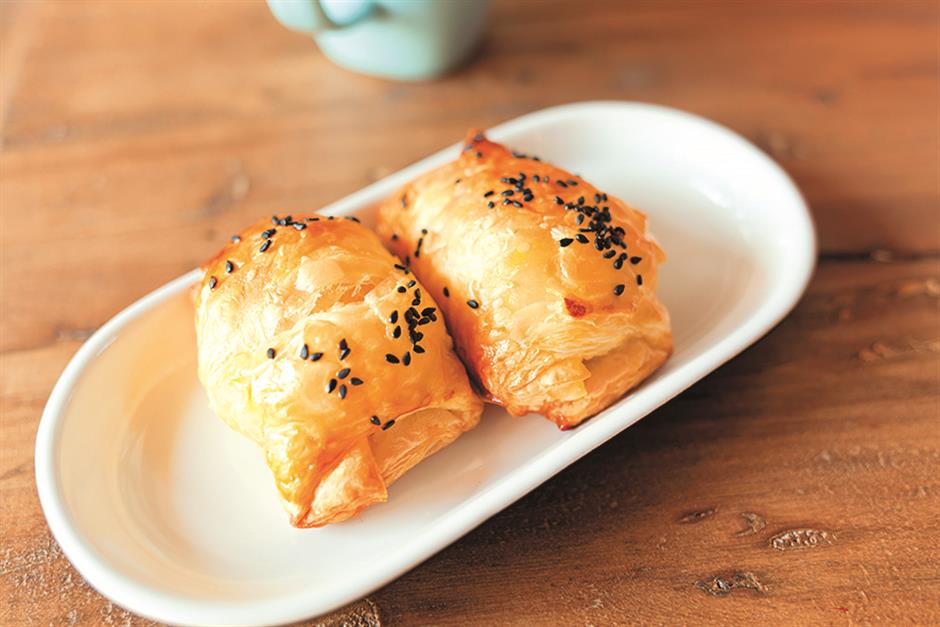 The two specific varieties of fruits are no doubt among the priciest fruits in the market, but their delicate taste and texture is worth the splurge.

Loquat is from the rose family. Known as pipa, the species is native to China, and loquat trees are easily found in residential neighborhoods.

Different varieties of loquat have distinct shapes, sizes, colors, textures and flavors. For instance, the Dongshan loquat is small and round with yellow-colored skin, in contrast to the regular loquat that is large and oval with orange skin. Ripe loquats should be sweet and refreshing. Unripe fruits taste quite sour and astringent.

The Dongshan loquats have very thin peel and cream-colored flesh, boasting extra juice and sweetness. The texture is also fine and smooth, and there's no obvious sourness. Though the fruit does have relatively large kernels.

The variety retails for at least 100 yuan (US$15.65) per kilo, and requires meticulous packaging to prevent the delicate fruit from damage.

The loquat is the main ingredient in traditional cough syrup Nin Jiom Pei Pa Koa, an herbal remedy from a century-old recipe that blends natural herbs in a loquat and honey base. It's known to relieve coughing, asthma and sore throats, and helps to nourish the lungs. In 2018, the loquat cough syrup suddenly became popular in the United States during a severe influenza season. The loquat cough syrup is also available as candy, though less effective and the relief is more temporary. 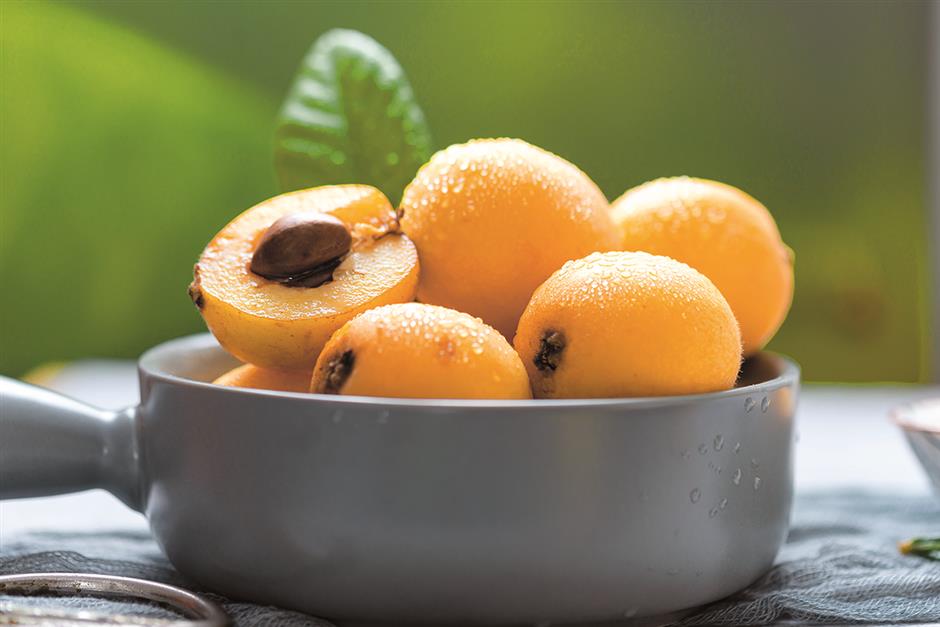 The waxberry is also a fruit native to China, with thousands of years of history. The deep red berries with a purple hue and rough textured exterior are a seasonal treat not to be missed – enjoy the burst of sweet and sour juice.

There are numerous ways to eat waxberries. The fresh fruit can be frozen into small "sorbet" balls after thorough rinse, a perfect and healthy alternative to popsicles.

Waxberry wine is a popular alcoholic drink in China, made simply by infusing fresh waxberries in liquor with sugar to taste, or it could be too sour. The wine is ready after two weeks when the color turns red, and is best served chilled for a refreshing flavor.

For non-alcoholic recipes, adding frozen waxberries and lychees into soda or sparkling water will make the water more flavorful, and lychee is an extra sweet fruit so sugar may not be needed if you have a lighter taste.

When dealing with a large quantity of fresh waxberries, an easily perishable fruit with a short shelf life, there are several solutions to preserve the fruit, including boiling it down with sugar to make syrup (simply add water or soda into the syrup with ice cubes to make a quick beverage), dry the waxberries in a fruit and vegetable drier to make a snack, or pickle whole waxberries with sugar (the key is to avoid any contact with water). 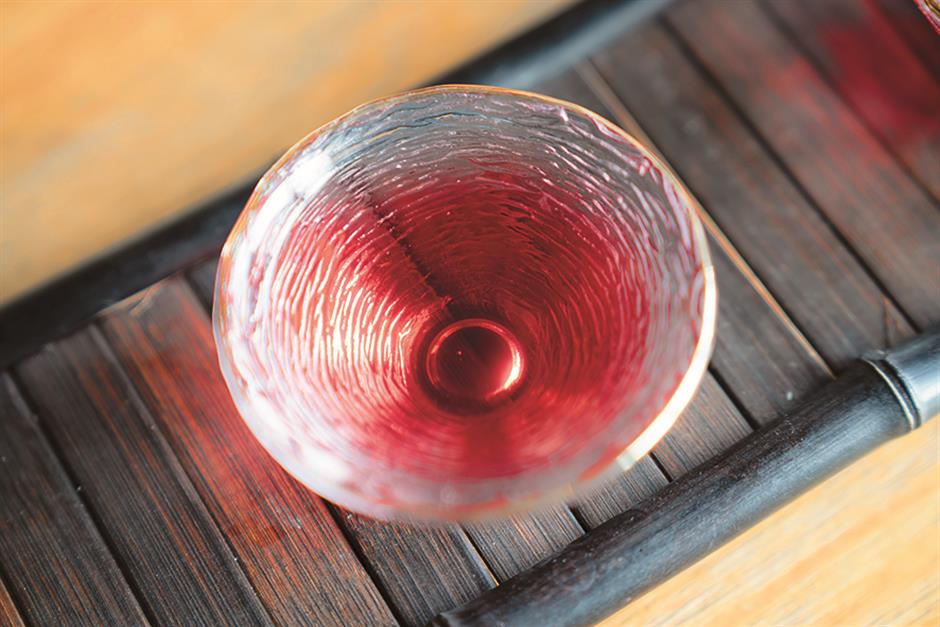 ﻿
Special Reports
﻿
Tantalizing Mid-Autumn festivity menu options
Best of Huaiyang cuisine comes to Changning
Chongming's sweet, light cuisine in middle of city
Give a hoot for root vegetables: perfect root veggies any time of year
Burger Month a sinful celebration for carnivores
Hot and steamy, extra healthy: steaming toward better food & health
Spanish fuses with Japanese at Malabar 2.0
A taste of Guizhou cuisine in downtown Shanghai
Awake at crack of dawn to ensure highest-quality grapes for clients
The flexible and delectable walnut: not just good, good for you
EXPLORE SHINE