The plant-based milk trend is rolling out quickly in China, from the traditional soy milk to the fancier nut milks, non-dairy "milks" that resemble the texture and taste of conventional animal milk are growing in popularity with consumers.

In just a couple of years, oat milk, starting as a novel concept in the Chinese market, has become a common offering on beverage menus. For a few extra yuan, you can easily upgrade the daily lattes and cappuccinos from regular milk to oat milk.

FamilyMart recently launched a new ice cream flavor in some of its stores in collaboration with Oatly. It's available as cone or sundae at a price of 8 to 12 yuan (US$1.25 to US$1.87) (8 for a plain cone, 10 for a chocolate waffle cone and 12 for a sundae with a cookie). Considering the increasingly high price tags of ice creams that can easily reach 20 yuan per item, these oat milk soft serves are quite a bargain.

Plant-based milks are dairy alternatives for people who are lactose intolerant, and those who can consume dairy freely are also going for the plant-based milks for reasons such as health or the environment. 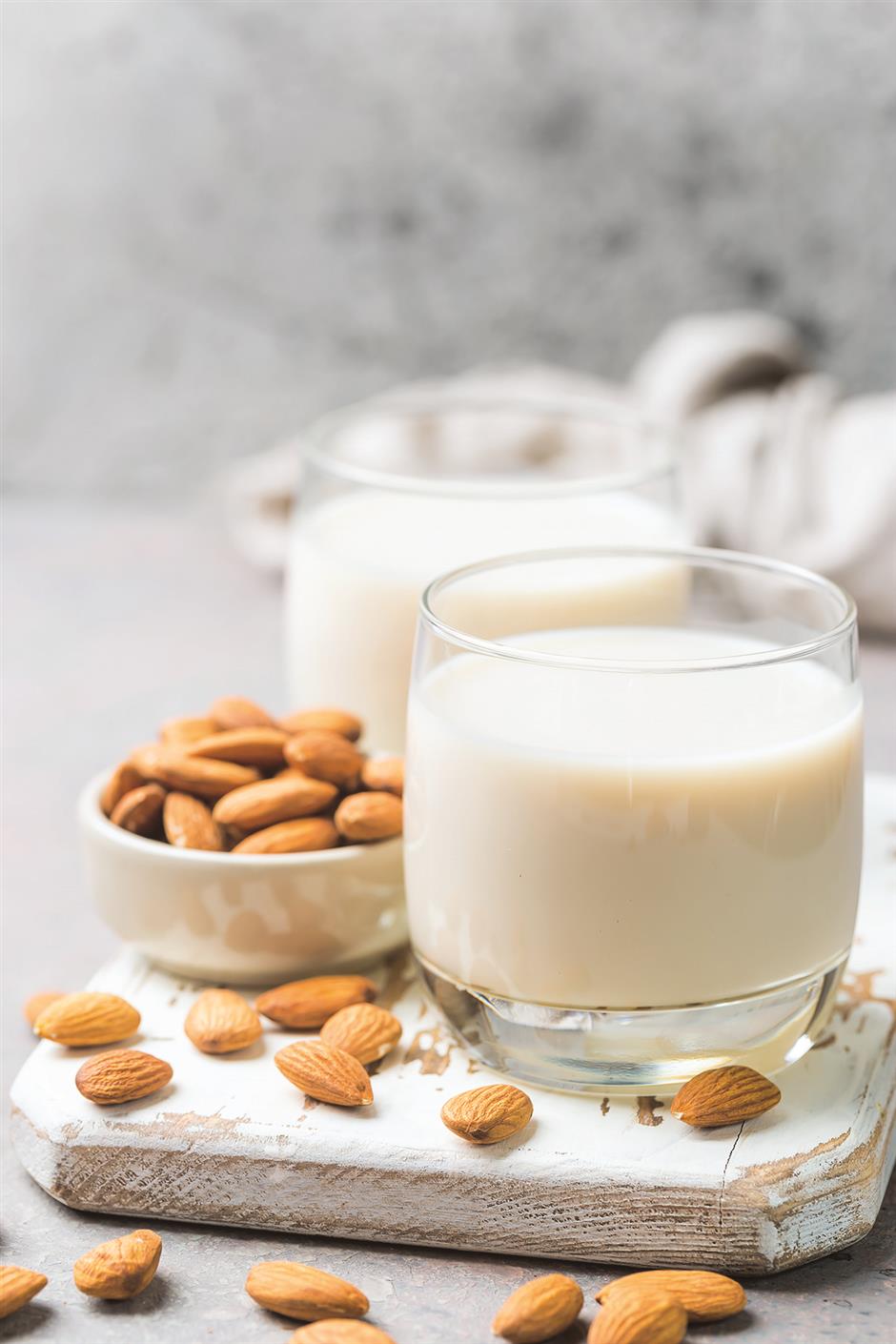 "I often switch the milk in my lattes to oat milk because I like its taste and texture in coffee, which is not as distinct as soy milk and better than skim milk, the calorie count is also slightly lower," said Fiona Lu, a 28-year-old office worker.

For people who are already used to the creamy taste of cow milk, it takes some getting used to when drinking plant-based milks such as oat milk and almond milk plain and directly, the texture of which is waterier, and there maybe some taste elements that one may find off-putting. If you are quite sensitive to the taste of oil, oat milk contains rapeseed oil that's supposed to give it the richness, which is not quite detectable in lattes but can be obvious when drinking it alone.

In addition to Oatly, there are now more emerging oat milk brands. Oatoat is a plant-based beverage brand that was launched in May 2020, and it completed a Pre-A round of financing worth tens of millions of yuan five months later, as the oat milk trend takes the Chinese market by storm.

In terms of blood sugar control, oat milk may not be a wise option, as the process of turning oats into oat milk transforms the complex starches into simple sugar, which can cause a bigger rise in blood glucose and insulin levels. Relatively speaking, nut milks like almond milk and cashew milk contain higher fat and protein yet lower carbohydrates. They don't cause a blood sugar spike and are more suitable for diabetics and those who are controlling their carb intake. And plant-based milks, though containing high levels of calcium, may still lack some of the other nutrients in cow's milk. 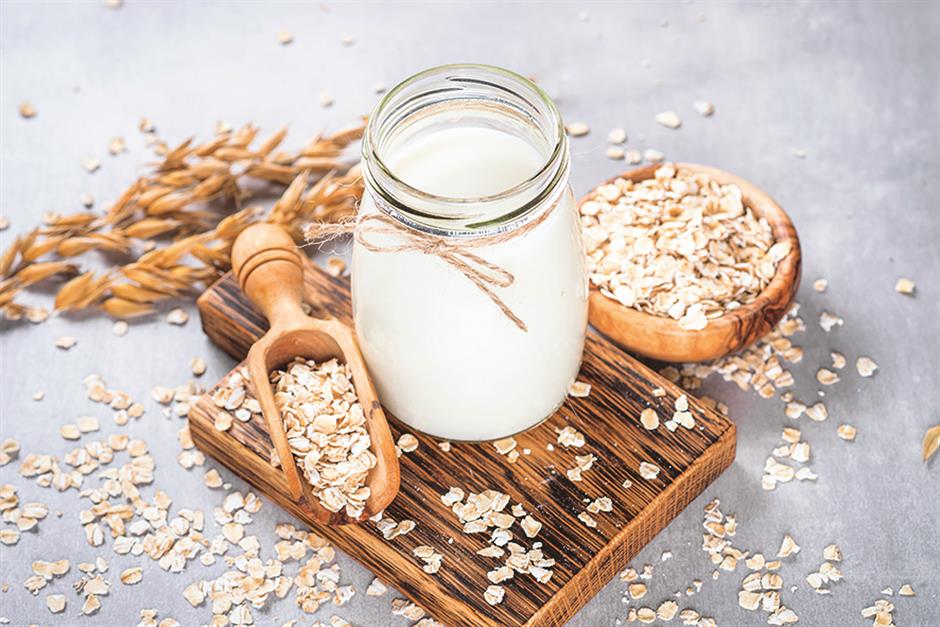 Plant-based yogurts are also appearing in the market, made from ingredients such as soy, almond and coconut, but be aware as some of the products contain high amounts of sugar to improve the taste. Before trendy oat milk and nut milk, China actually had a long history of drinking plant-based milk. Soy milk, known as doujiang, has nearly 2,000 years of history and it's one of the most popular and iconic breakfast beverages today.

Chinese soy milk is made of just soy beans and water, and fresh brews always trump the bottles and packs with a long shelf life. The soy beans are first soaked in water, preferably overnight, then they're ground, filtered and boiled to make the soy milk.

When boiling raw soy milk, it's crucial to boil for a longer time. When it starts boiling, continue to boil for at least another eight minutes before turning off the heat to avoid fake boil, undercooked soy milk can be harmful to health and even cause food poisoning.

Doujiang can also be made with other types of beans such as black beans for nutritional purposes, and cereals can also be blended and brewed with the beans to improve taste and texture – richer, creamier and more fulfilling.

Soy milk is the go-to companion to steamed buns, flatbreads and pancakes for breakfast, and it's offered by most breakfast restaurants in China. Soy milk options usually include plain, sweet, savory, iced and hot, and sweet or savory curds are also available.

Savory soy milk is a flavorful blend. A base of hot, original soy milk is seasoned with light soy sauce, vinegar, salt, chili oil (optional) and topped with seaweed, pickle, scallion, dried small shrimps and chunks of youtiao (fried dough stick). The savory soy milk must be enjoyed while it's hot, otherwise the flavor will become quite dull and the texture of the toppings will also become soggy.

Chinese households that have the habit of drinking soy milk in the morning would often use a soy milk maker to make fresh batches every day. Some machines have a filter function to produce plain soy milk, while machines that blend the beans finely into the milk can achieve a much richer texture. 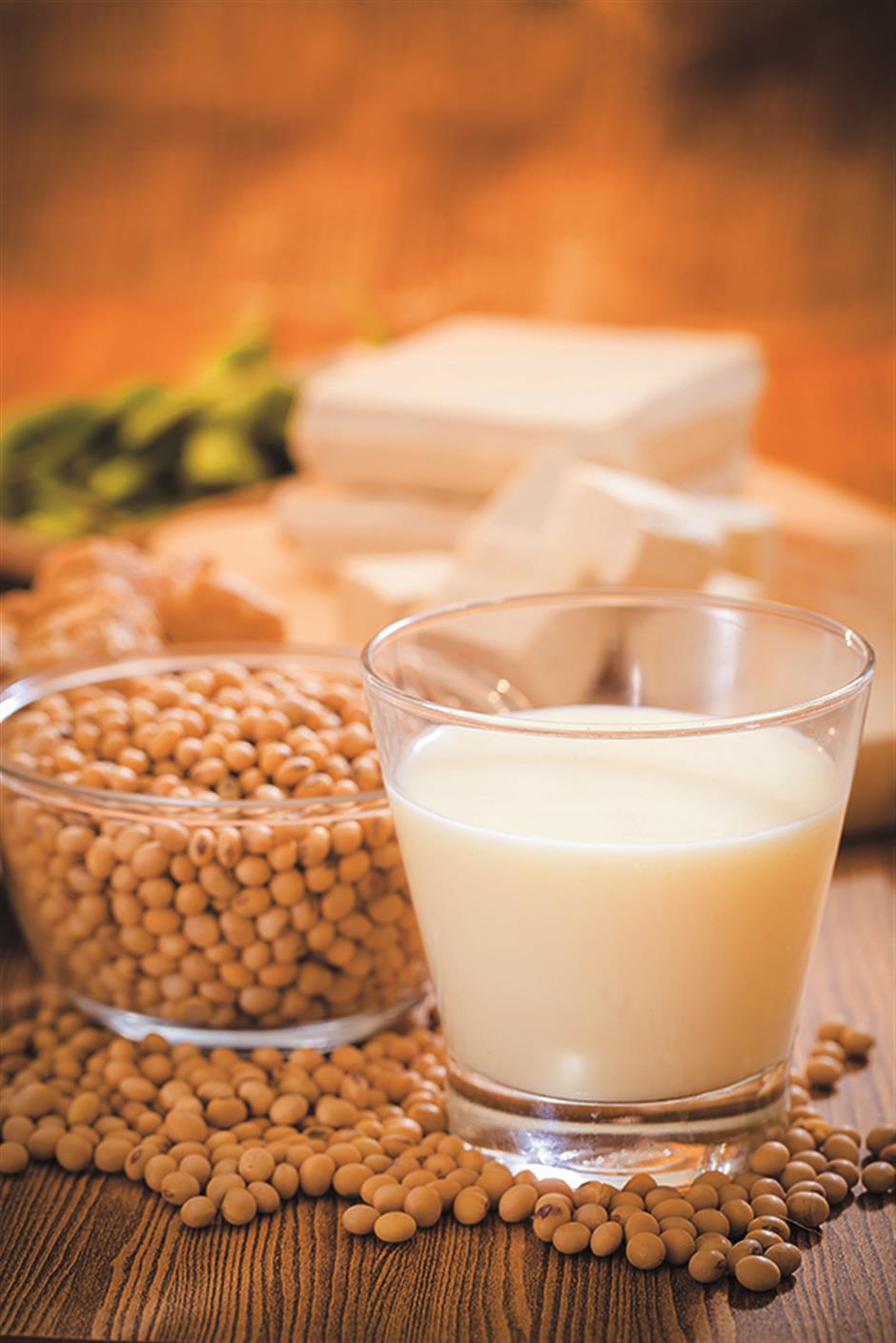 Coconut milk is getting back into the spotlight recently after Luckin Coffee launched its coconut latte with single origin espresso, made with cold-pressed coconut milk that's very rich and boasts delicious coconut flavors. The product was a huge hit and sold out almost everywhere. On May 31, the brand announced it would supply coconut latte in abundance, but it sold out in hours.

Coconut milk is made from the grated pulp of mature coconuts. The thicker the milk, the more fat it contains, so it's a calorie-rich food. Most coconut milk beverages have a thinner consistency than canned coconut milk. As a versatile ingredient, coconut milk is not only a milk alternative, but also widely used in cooking and baking, as in making puddings, cakes, soups and curries.

Almond milk, on the other hand, is a low-calorie milk alternative that's high in vitamin E.

Like soy milk, it's easy to make fresh batches at home by soaking raw almonds in water for a few hours, blending with water and dates and filtering through fine gauze. Fresh almond milk can last two to three days in the fridge, and the remaining dregs can be used to make cookies. 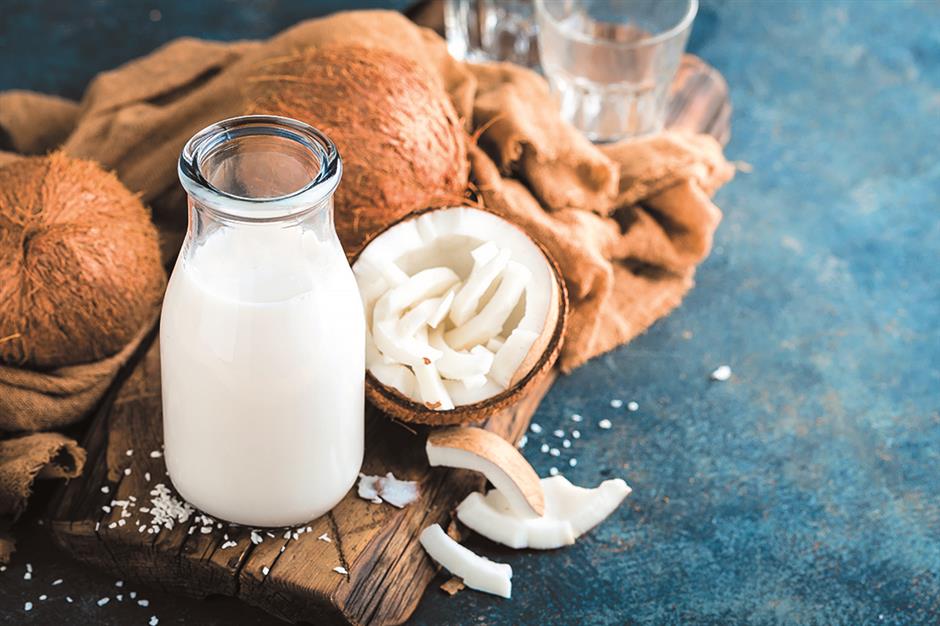 The calorie-rich coconut milk is made from matured coconut pulp.