Khan Chacha (Khan Uncle) is someone Arjunan would always meet in the backstreets of Qatar (where he was born and grew up) or in Delhi (where he lived and worked for five years).

"More than often, they would be encountered operating a small restaurant or spice shop, having been doing so for decades," he said.

"One can never fault their flavors, authenticity or question the pride with which they operate their businesses. " 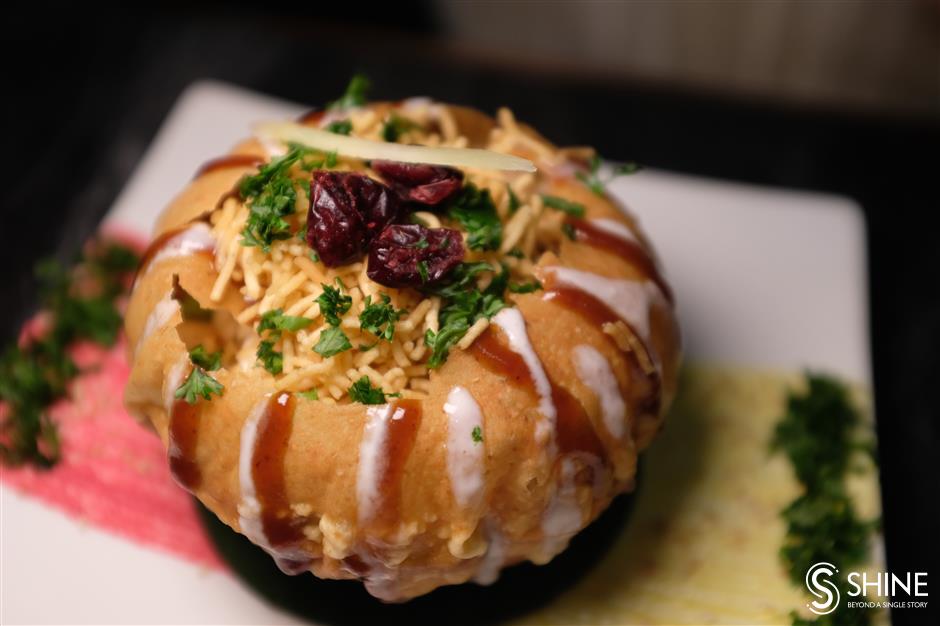 Arjunan, 18 years in IT consulting, was passionate for good food and began at the Alain Ducasse Institute in Manila in early 2016 while still working. He had a chance to transmit his knowledge and passion for food in Shanghai by opening his first restaurant inside Westgate Mall in October 2019 and survived the COVID-19.

His restaurant Khan Chacha represents gourmet interpretations of everyday Indo-Persian cuisine – modern twists while maintaining authentic flavors are what they are trying to achieve.

"We'd like for customers to experience and learn something new about the regional cuisine while dining with us," Arjunan said, adding that it is probably the only Indian restaurant where one would see the owner in the kitchen 100 percent of the time working as a chef. 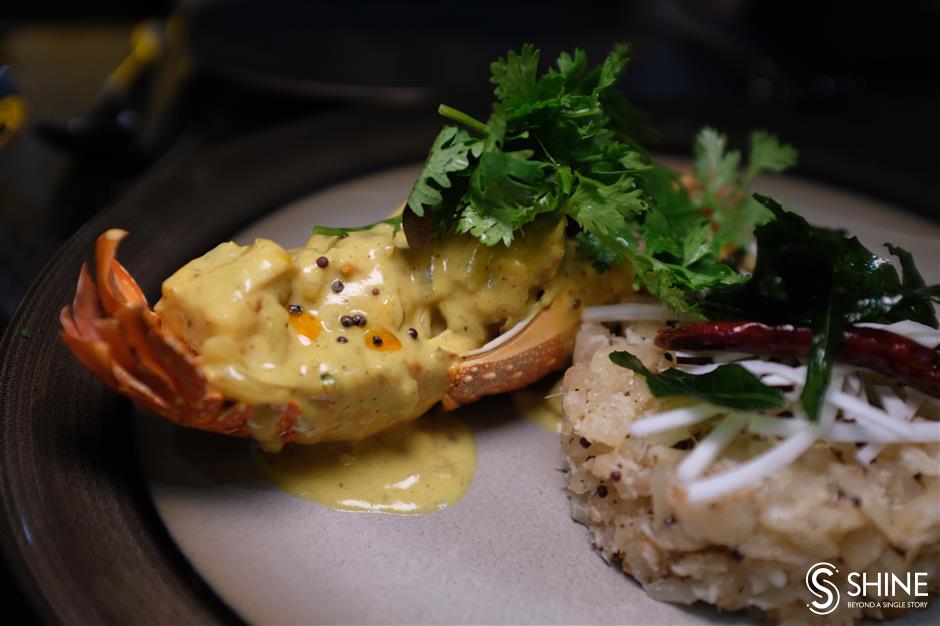 He chose to open the second venue of Khan Chacha inside Shanghai Parkson after successfully running the brand for more than two years. "We figured out the most of our local customers, a majority being local Chinese, like to frequent malls for eating options so we stuck to the model. Many of Shanghai's malls have great connectivity and shopping options which are advantages for our customers," he said.

Arjunan is obsessed with quality and always tweaking the dishes, which is the reason behind them having an iPad menu. It's quite a big menu from classic Indian recipes to fusion and creative dishes, reflecting the chef owner's living experiences across cultures.

Raj Kachori is a splendid dish that is a modern take on a royal appetizer in north India. No one does it here because it's laborious but Arjunan decided to do it. Every part of it from the shell to the five sauces and the fillings are made in-house and there is one chef just dedicated for it. The variety of delicious flavorings makes for a unique experience. 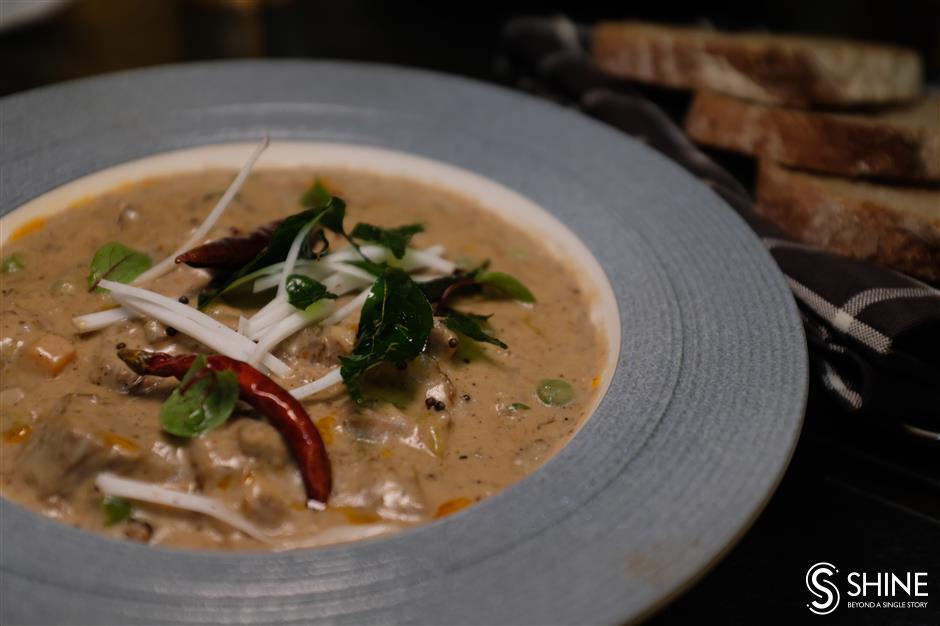 Kerala mutton stew with sourdough bread is also another modern take on a typical Muslim breakfast from the Malabar coast of India. "I offer it as a courtesy from the homes of my mates in Calicut, Kerala," he said.

Lobster Moilee with coconut chili cassava is a fusion dish from Kumarakom in Kerala combing two dishes that work well with each other. Arjunan took inspiration from a couple of holidays that he spent there. Their Coorgi Pandi pork belly is masala marinated pork belly roasted Chinese style and paired with a sauce from the Coorg plantations of Karnataka. Arjunan's best friend's mom used to lovingly make it and send it for him.

The kitchen also does a lot more variations of Middle Eastern classics like falafel which is quite herby (Egyptian style) and koobideh, an Iranian version of sheekh kebab.

﻿
Special Reports
﻿
Traditional 'Indian uncle' flavors, and some fusion
A favorite Chinese food packs a rotten smell, but does it taste that bad?
The sour and spicy splendor of Guizhou food
Summer feast of goat meat runs through October in Songjiang
It's time for Taihu Lake shrimp of Jiangnan area
Korean barbecue with a focus on everything pork
Beautiful and delicious lotus: culinary splendor of lotus plant
Cool noodles to beat the heat: chilled delicacies ideal for hot days
Learning to love eating fish with eyes intact
Thai paradise brings in a touch of France
EXPLORE SHINE