Classic or fried, the explosive flavors of yuanzi are a year-round treat

Yuanzi is traditionally enjoyed on the 1st and 15th day of the Chinese Lunar New Year, and has become one of my most cherished treats. Even though the dish is meant to be eaten during Chinese New Year, it can also be enjoyed at any time of the year. I usually eat it for breakfast, as an afternoon snack, or as dessert after dinner. This dish is particularly worth mentioning because one of the ingredients highlights a disparity between Chinese and Western cooking, which I will discuss later.

The first time I tried it with black sesame was on the first day of Chinese New Year at my boyfriend James' house. I remember biting into it and enjoying the soft outside texture, as well as the explosive flavors of the black sesame on the inside. I recall James' dad, Jason, telling me the reason why Chinese people eat this dish during Chinese New Year. He explained that it is eaten during this time because yuanzi means getting together, and Chinese New Year is for people to go home and get together with family. 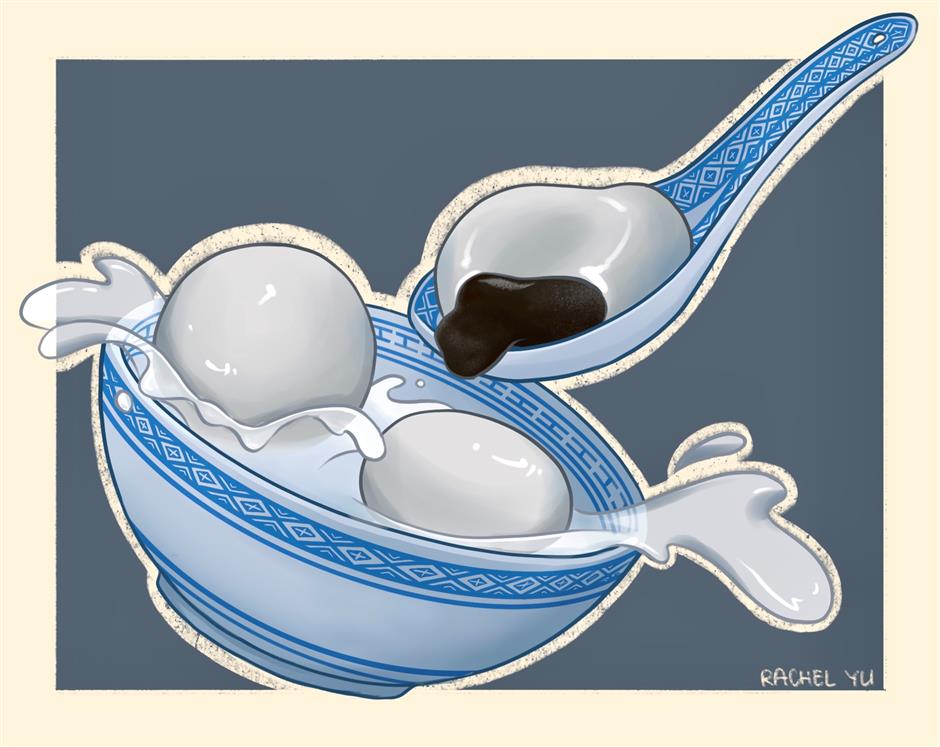 After trying this dish for the first time and falling in love with it, I asked James' mom, "can I eat this after Chinese New Year too, or can it only be eaten during the holiday?" She smiled and replied, "of course, you can eat it any time!" I was happy to hear that I could enjoy this dish year-round.

A time that I tried a unique version of this dish was at a restaurant called Maurya Sichuan Cuisine 孔雀. One night I was eating dinner with James and his family at this restaurant. I thought it would be like any other Chinese restaurant we have been to but was pleasantly shocked when a certain dish came to our table. At first glance, I did not know what the dish was, however, Jason explained to me that I would love it because it is fried yuanzi. I was surprised, to say the least, because I didn't even know this dish existed. As I took my first bite, I was astonished at how something could taste even better than the classic yuanzi.

While reflecting on this dish, I realized that sesame is used quite a bit in Chinese cooking, but is not commonly used in Western cooking. Sesame has lots of forms, and the one most commonly used in many Chinese households is arguably sesame oil. Chinese dishes will usually have the original form of sesame (either black or white) sprinkled on top of dishes.

From trying different forms of yuanzi, I realized that Chinese people will usually eat it at home but restaurants will typically serve xiaoyuanzi, which is a smaller version of yuanzi. I wonder what other forms there are that I can try?

﻿
Special Reports
﻿
61908
,
Classic or fried, the explosive flavors of yuanzi are a year-round treat
The color black is where it's at: more to black food than meets the eye
A little pricey but worth it: the pure joy of gobbling down goose
Pastas are the stars at new Italian eatery
A modern take on traditional Taiwanese hotpot
Panino with passion along with a Puglia philosophy
Mediterranean cuisine with a wow factor
China's most comforting food: the flexible, delectable rice dish
French elegance, Japanese grills and traditional Cantonese delights
Azul Italiano: Mediterranean flair without leaving the Bund
EXPLORE SHINE