Following the popularity of K-dramas and K-pop hits, Korean barbecue seems all the rage in the city. Along with barbecue having a moment, are you up on all the delicacies the K-wave is crashing down on Chinese shores?

Halu Korean Bistro has all the answers for those curious about authentic Korean flavors, which has taken up residence on the first level of the cocktail bar Ars & Delecto on Jinxian Road. It encapsulates a feeling of coziness with down-to-earth elegance.

Jeff Lao from Ars & Delecto wanted to bring in the Halu team, because he wanted something that's more relatable and grounded. 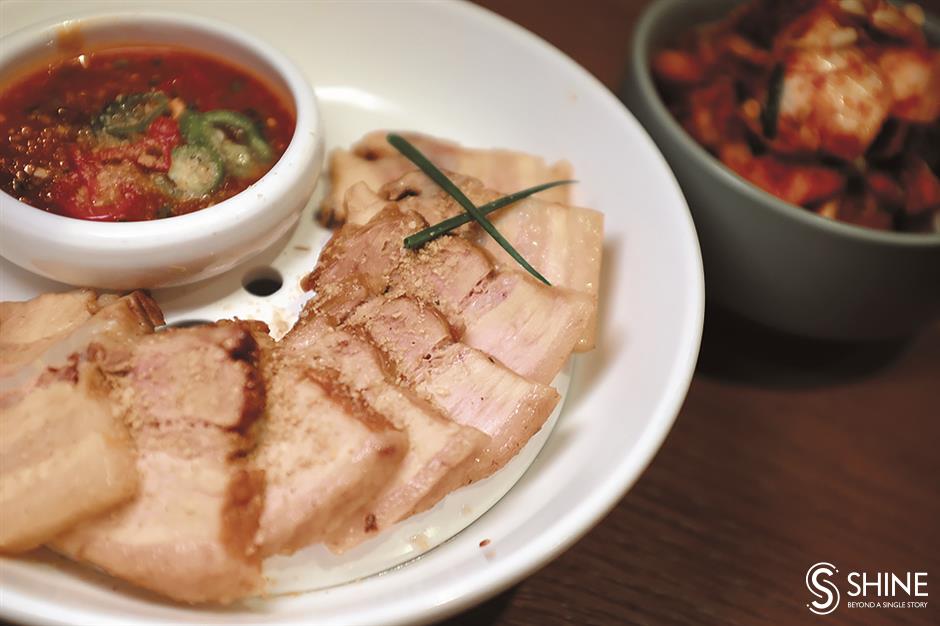 "The change is mainly driven by the fact that we felt like going back to the core of our passion for doing food and beverages, and that is to enjoy delicious meals and tasty drinks with great people," Lao said.

Chef Rosie Choi's menu takes traditional cooking methods and seasonings and presents the results in novel ways. The mission is to keep the authentic flavor profiles of Korean dishes, which are essentially what the Korean owners of Halu have been missing away from their home cities. 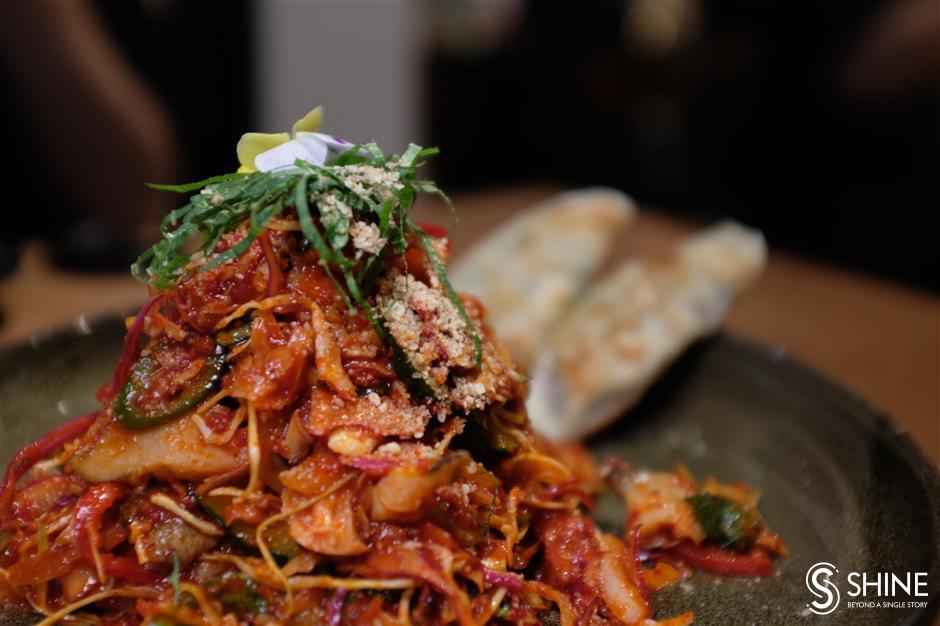 In essence, they are introducing a more diverse Korean food culture.

"I hope to showcase the charm and depth of authentic Korean food through our brand, rather than just seeing it as a trend," said Halu partner Joonsam Park.

The menu offers items like Korean fried chicken, tteokbokki (Korean rice cakes) and pajeon (Korean-style pancakes) as well as a variety of flavorsome soups and noodles.

Spicy whelk salad is a delicious appetizer to start the meal. A mixture of finely chopped vegetables and fresh pear are mixed together with steamed whelk in a savory and spicy dressing made of chili paste, rice vinegar and garlic. 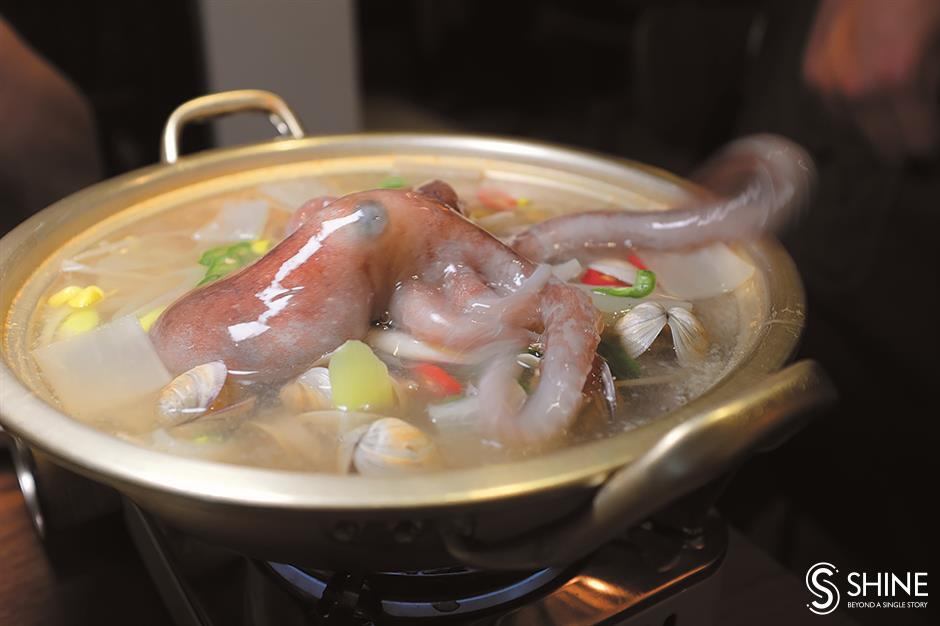 Pork belly served with kimchi is a crowd-pleasing meat dish. The meat is boiled and steamed until tender and served thinly sliced. At the table, each person dips the meat in a special sauce and eats it with pear kimchi, which gives it an extra burst of flavor and crunchy texture. The homemade kimchi is supposed to be eaten fresh without fermentation.

A Korean meal always includes either a stew or soup, and the live octopus hotpot makes a lasting impression. The staff brings a live octopus and puts it in the pot, which some make think is cruel, but others say it's the freshest seafood imaginable.

﻿
Special Reports
﻿
Korean wave brings tsunami of delicacies to town
A blend of grandeur, divine cuisine and soap
Classic or fried, the explosive flavors of yuanzi are a year-round treat
The color black is where it's at: more to black food than meets the eye
A little pricey but worth it: the pure joy of gobbling down goose
Pastas are the stars at new Italian eatery
A modern take on traditional Taiwanese hotpot
Panino with passion along with a Puglia philosophy
Mediterranean cuisine with a wow factor
China's most comforting food: the flexible, delectable rice dish
EXPLORE SHINE