"The cake is not sweet at all, it's delicious!" is a common praise for dessert in China, as the level of sweetness is an important criterion – often it's considered a top priority.

The growing awareness of health and wellness has encouraged people to restrain and refrain from excess sugar and fat, and pastry chefs are working hard to make sweet desserts not so sweet and seeking alternative sweeteners.

But has it always been like this? Not exactly. 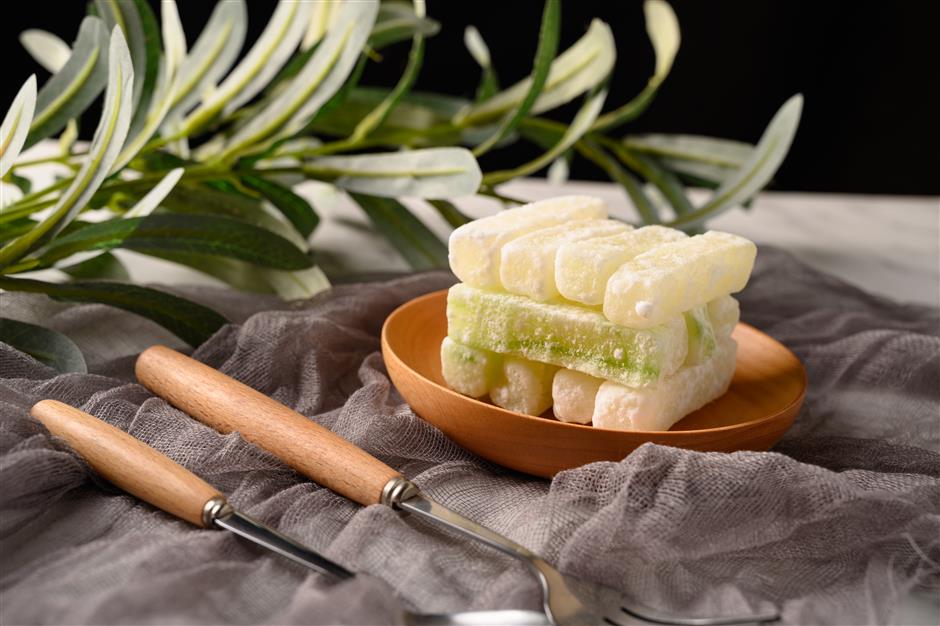 Traditional recipes for Chinese sweet foods, pastries and desserts are going in the opposite direction; they're loaded with sugar – lots and lots of sugar.

Fried sugary delights are the guilty combination of fat and carbohydrates, and a popular way to start the day, as traditional Chinese breakfasts feature a range of fried sweet snacks.

Maqiu, a deep-fried sesame ball, is a classic breakfast treat in many parts of China. The airy ball is made with a glutinous rice flour dough that's been well rested to achieve an extra soft texture. After forming the ball by hand, it's evenly coated with white sesame seeds and deep fried with a delicate touch. It blows up like a balloon with a crust that's very crispy and aromatic, while the inside is soft and gooey.

Some vendors also add red bean paste or sesame paste filling to the sesame balls, boosting the flavor and texture. 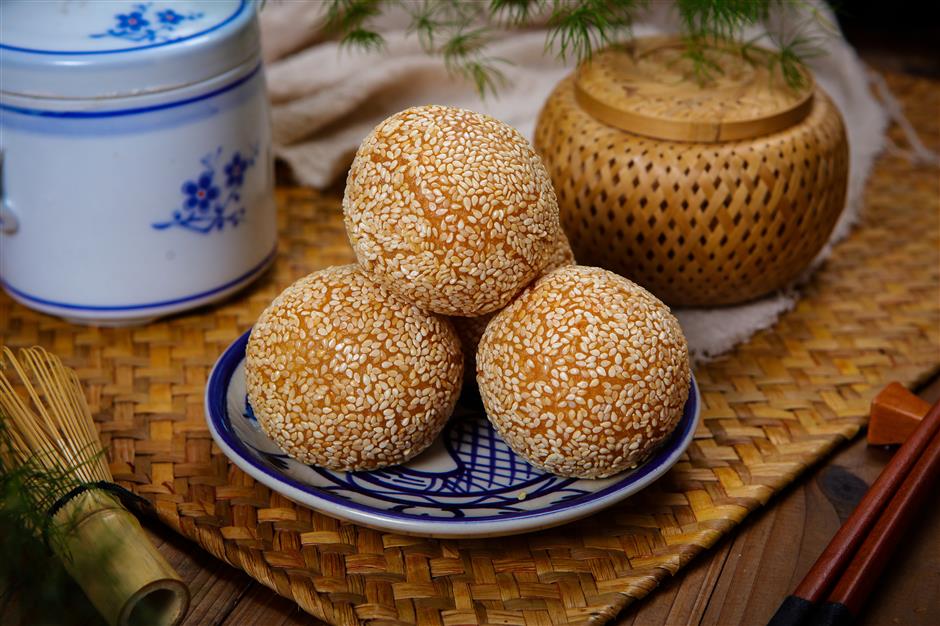 Although northern Chinese cuisines don't often use sugar in savory cooking, sweet desserts and snacks in some northern provinces can be extremely sweet.

Yougao, or oil cake, is another fried sugary snack that's much like Western-style donuts. It's greasy and sweet, and the recipe varies greatly in different regions. Overall, it's more of a northern-style snack in China.

Plain yougao uses dough made of flour, lard, sugar and oil, and can be served with granulated or brown sugar on top. It can also include different types of sweet fillings like jujube and toasted nuts. 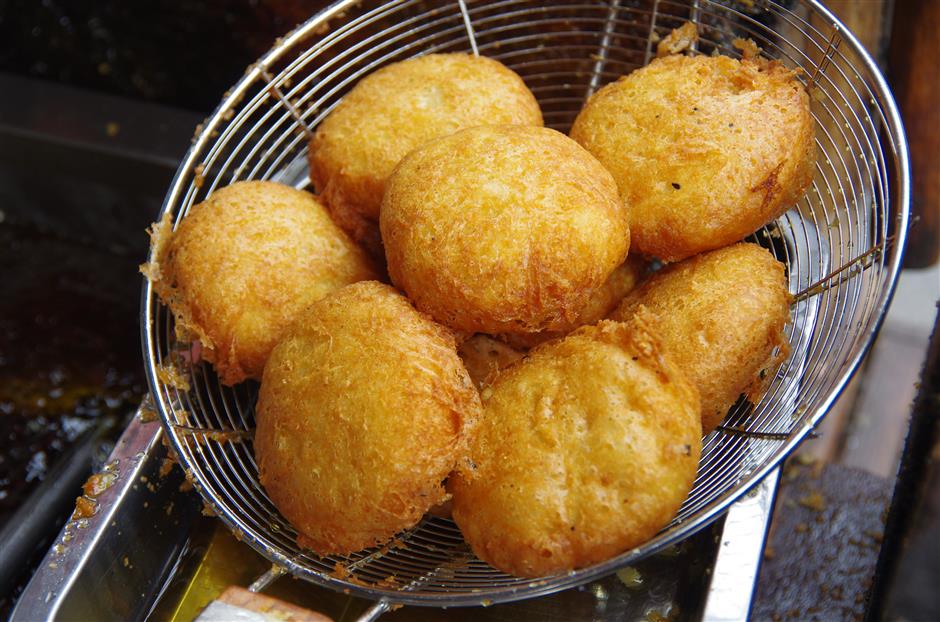 Bubble yougao is a special snack that looks like puffs. To make this extra airy pastry, flour is added into a mixture of boiling water and lard.

An iconic ultra-sweet fried treat is misandao, a true sugary sensation that's made by mixing equal amounts of flour and malt syrup to create a dough that's sliced into cubes, fried in oil and glazed with honey.

Zenggao is a steamed glutinous rice staple in Shaanxi Province that layers glutinous rice, jujubes, candied jujubes and kidney beans. The sweetness comes primarily from the jujubes, as the recipe includes 65 percent glutinous rice and 35 percent jujubes. Although the jujubes' sweet flavor is already very intense, some locals add granulated sugar on top to make it even sweeter. 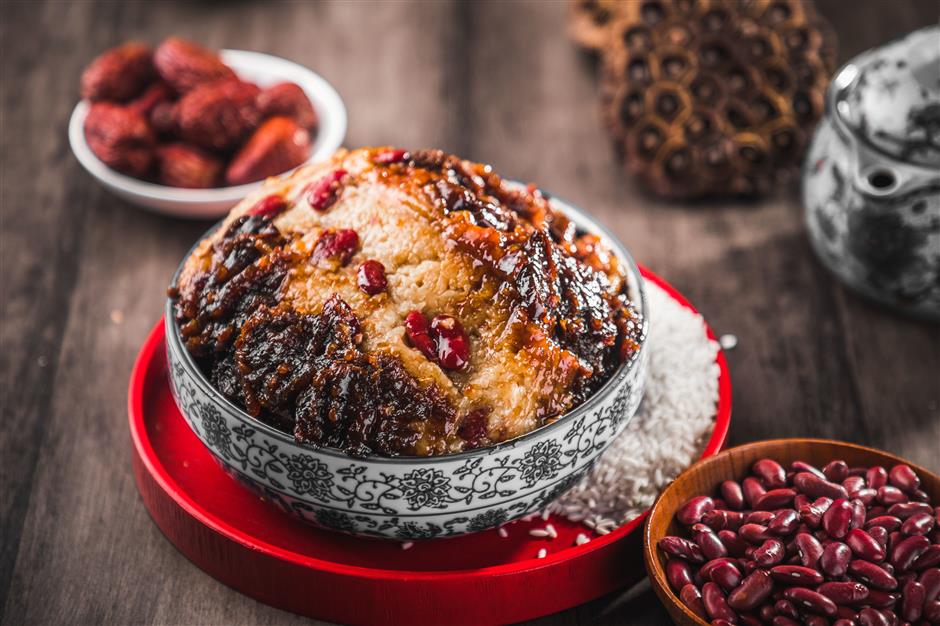 Chinese pastries come in all shapes, sizes, colors and tastes, and are an indispensable part of Chinese cuisine and lifestyle. The pastries can be eaten quickly for breakfast with milk or soy milk, or enjoyed in the afternoon with a cup of tea to replenish the body and spirit. The pastries are not only everyday food, but also used as celebratory tributes during festivals.

The flavor of traditional Chinese pastry is very, very sweet, as a large amount of sugar is used to make the fillings, batter and dough.

Compared to Western-style pastries that often have creamy, soft fillings, the fillings of traditional Chinese pastries are thicker and denser – like red bean paste, slow cooked with lots of sugar until the water evaporates to leave a dry paste. Or glazed nuts where walnuts, peanuts, pine nuts, sesame seeds, sunflower seeds and almonds are cooked in sugar.

Fruit jams like hawthorn are used as fillings as well, as the consistency and acidic taste complement the sweet pastry dough. However, you may want to think about the amount of sugar needed to make the extremely sour, hard-to-eat hawthorns sweet.

Lard, the rendered pork fat known as zhuyou in Chinese, is used in both savory and sweet cooking. It's the secret weapon to make bean paste fillings smooth and aromatic, and is considered one of the things that give flavors a touch of soul.

Lard is used to make flaky pastries, and is ideal in high-temperature cooking to deliver a more stable performance.

In Suzhou, there's a traditional delicacy called lard cake that dates back to the Qing Dynasty (1644-1911), a treat that makes you feel heavier after only one bite.

This soft, white sweet cake is made of glutinous rice and polished round-grained rice, with a significant amount of lard and sugar. Layers of red bean paste or nuts and jujube are incorporated as the sweet filling.

Sugar triangle, or tangsanjiao, is a sweet steamed bun with a filling made of brown sugar and sesame seeds and a childhood favorite for many people. The bun has a triangular shape. After rolling the dough into a round shape with appropriate thickness, the filling is placed in the middle and the edges are lifted at three points to create the triangle. After steaming, the bun's filling will become quite watery as the sugar is melted.

White sugar cake, or Lunjiao cake (named after Lunjiao Town in Foshan, Guangdong Province), is a spongy steamed cake with sweet flavor. Its texture is moist, soft and fluffy, and is served fresh and hot as the cake dries quickly and hardens. The main ingredients are rice flour, water, sugar and yeast. The ratio of sugar to flour is at least 1:2, and some recipes call for even more sugar. 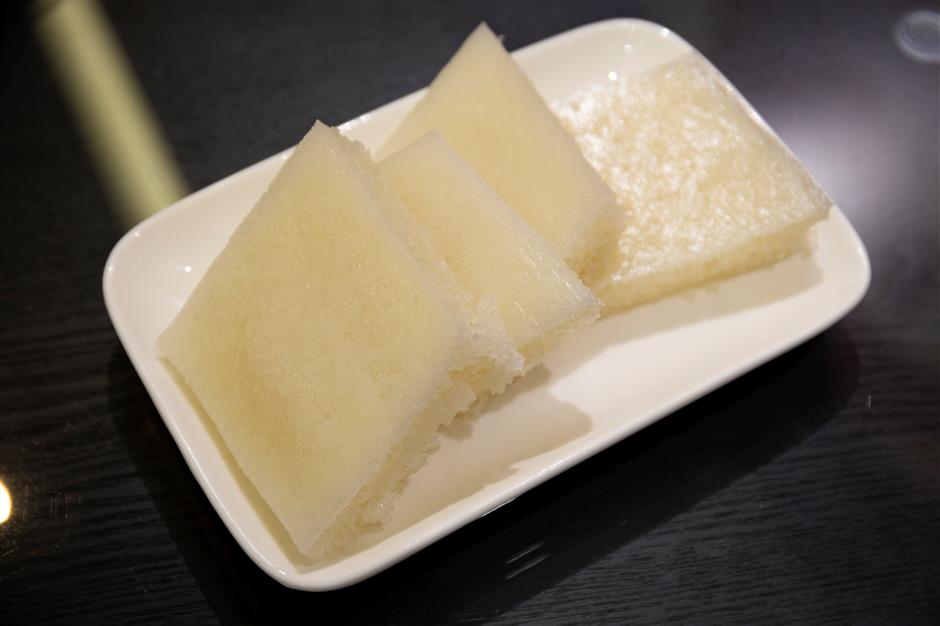 Sesame candy sticks are a rural-style candy with a crunchy texture. They're sweet with a strong sesame aroma, and can stick to your teeth while eating. The winter gourd candy is not as healthy as it sounds, as the strips of winter gourd are preserved in sugar and then dried.

Liaohua candy is a traditional puffed sweet with a thick coating of sesame seeds and honeycomb-textured center. It's very thick but doesn't weigh much.

Longxutang, or dragon whiskers candy, is an artistic sweet treat made by hand. It's made of super thin candy floss that's made mostly of maltose sugar with the help of glutinous rice flour and different kinds of nuts. The maltose sugar is first boiled and melted in a pot until it thickens, and then left to reach a solid state when the candy is flexible.

A chunk of sugar is formed into a ring over the glutinous rice flour, then the pulling, twisting, stretching and folding steps are repeated over and over until numerous strands are created. The sugar dough is constantly rolled in glutinous rice flour to prevent sticking. It's sold and made fresh because of its short shelf life. 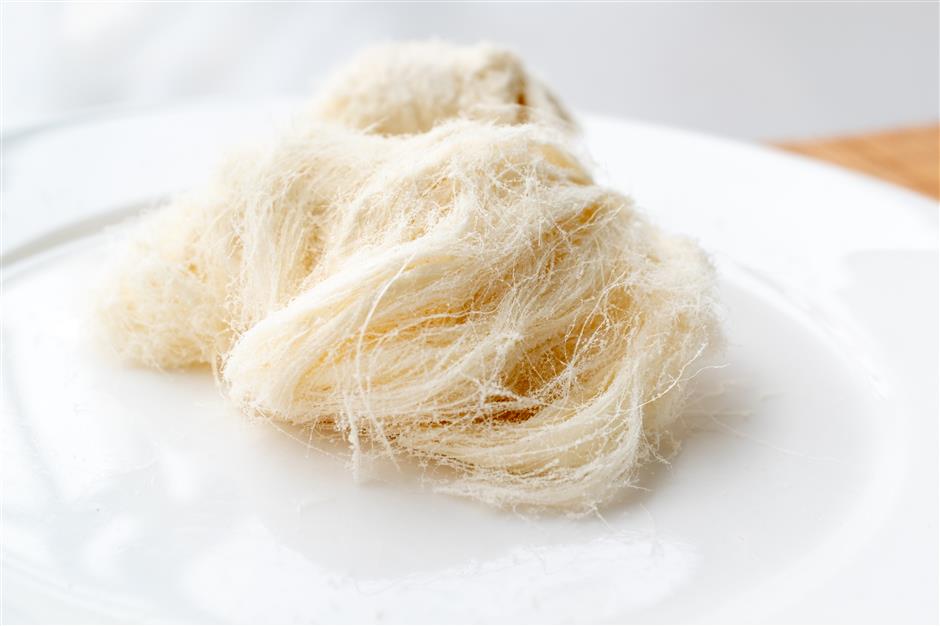