'Made in Greece' wine event raises the spirits 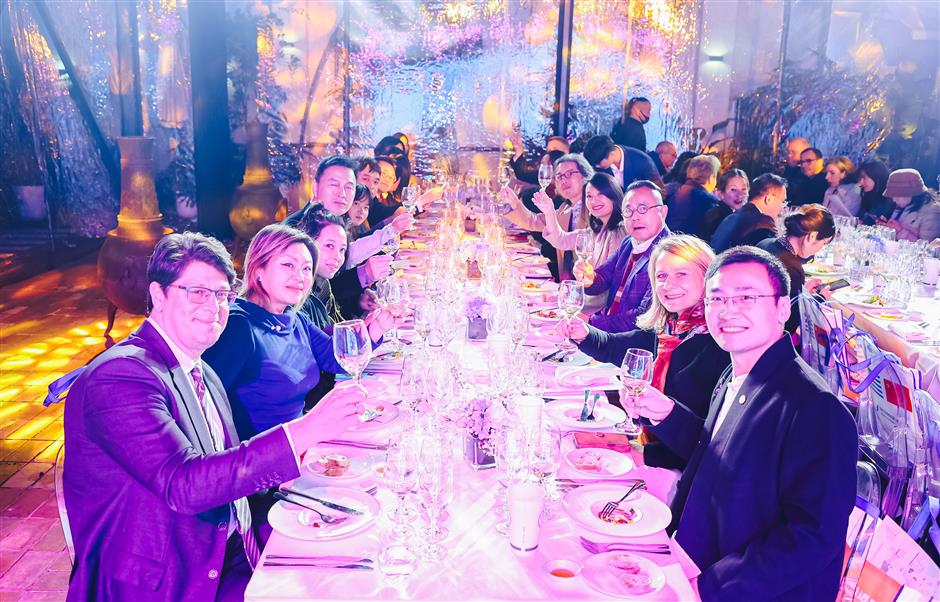 Aiming to promote Greek wine in the highly competitive Chinese market, a wine event was held in Shanghai on Tuesday night.

The event was sponsored by Enterprise Greece, the official investment and trade promotion agency of Greece, and organized in collaboration with the Consulate General of Greece in Shanghai.

Addressing the 40 guests of the event, Consul General of Greece in Shanghai Vasileios Koniakos referred to the millennia-long tradition of Greek winemaking and the 300 indigenous varieties of Greek grape.

He also stressed that the event was combining the presentation of select Greek high-quality wines by the Chinese Master of Wine (MW), Gus Zhu, with fine tastes not only of Greek but also Chinese gastronomy, so as to highlight the unique food-pairing features of Greek wines. 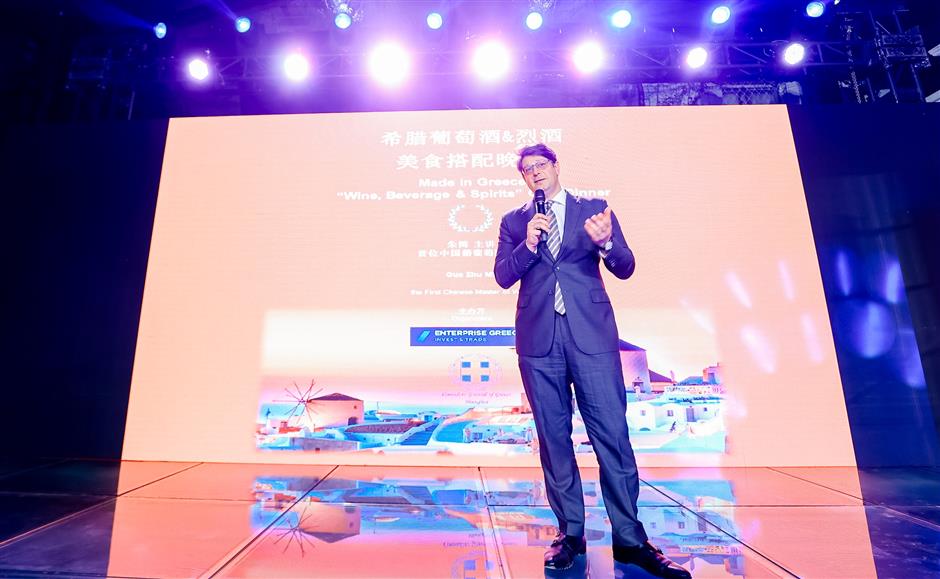 Vasileios Koniakos, consul general of Greece in Shanghai, gives a speech to open the wine event.

A video message by Betty Alexandropoulou, executive director and member of board of Enterprise Greece, was screened at the event.

Alexandropoulou talked about the important role played by the CIIE in promoting exports of Greek products, especially exports of food, beverages and spirits.

She also underlined the strong interest expressed in Asia for excellent Greek wines and spirits, noted that Greek wines have gained recognition in China and stressed that Enterprise Greece prioritizes Greek wine and spirits exports.

Enjoying the evening with a selection of fine Greek wines and spirits, the guests savored the pairing of Greek wines with Chinese signature dishes, such as roast duck, and discovered the unparalleled quality of Greek winemaking, in a setting of original Greek aesthetics. 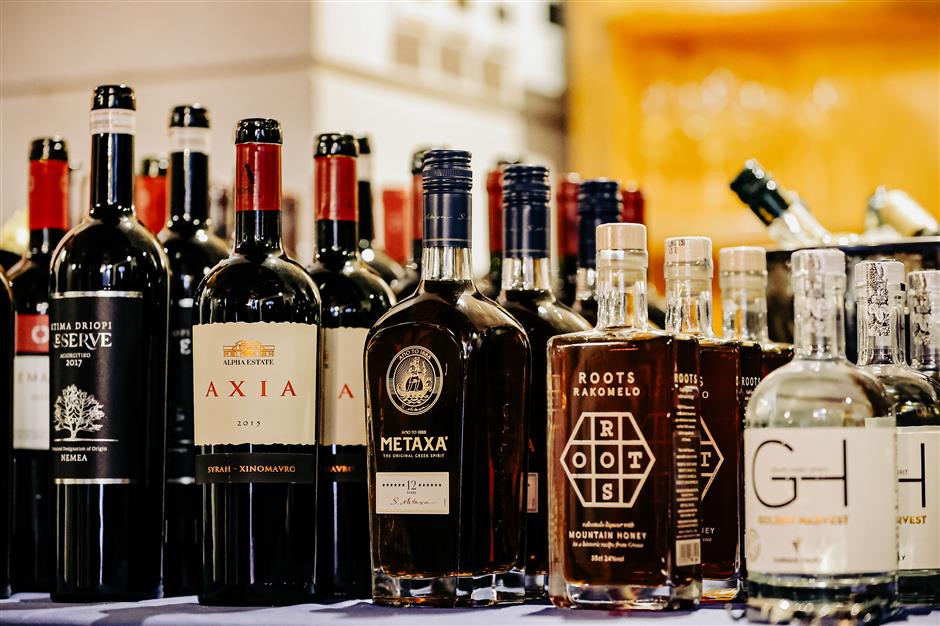 A selection of high-quality Greek wines