Wine-market perseverance in a rocky 2021 augurs well for 2022

About the best thing we can say about 2021 is that it was better than 2020. This is true in general, and also true for the Chinese wine and spirits market. In 2021, French wines regained their top position, Chilean wines continued to make market strides, Italian wines picked up steam and Australian wine prospects remained in limbo. American wines enjoyed a modest resurgence as punitive tariffs were lowered and pre-trade-war inventories needed replenishment. Domestic-made wines also progressed.

In the domestic spirits market, baijiu remained king, scotch and Japanese single malt whiskies continued their hot streak, cognac and other prestigious brandies retained their loyalists, while premium gins, vodkas, rums, tequilas and other spirits further solidified their niche markets. For expert insight into market happenings in 2021, I turned to three influential insiders.

"To say that selling wine in China in 2021 and quite frankly over the past three or four years has been challenging is a gross understatement. International and domestic production and transportation costs rose, and we can expect even higher costs in 2022. But despite the obvious obstacles, the best Chinese and internationally produced wines still managed to maintain or gain market share," Yang said.

One of the most astute Chinese wine market observers, Mia Zhang, director of PR and communications at the Beijing International Wine and Spirits Exchange, shares Yang's cautious optimism.

She also pointed to a rapidly emerging 2021 spirits-related trend.

"The market for low alcohol, can-packaged RTD cocktails is booming, with the nation's biggest baijiu players joining the competitive fray. In fact, Xiaozui, a baijiu-based RTD cocktail that's been on the market for less than five months, is rated the number one RTD cocktail seller at Alibaba's retail chain Fresh Hippo," Zhang said.

For another perspective on 2021 wine trends, I turned to Francisco Henriques, general manager of China Wine and Spirits, one of China's largest and most successful importers.

He also saw exciting new opportunities for niche spirits like calvados in first-tier developed markets like Shanghai, a palate-pleasing, intriguing spirit that is my focus this week. 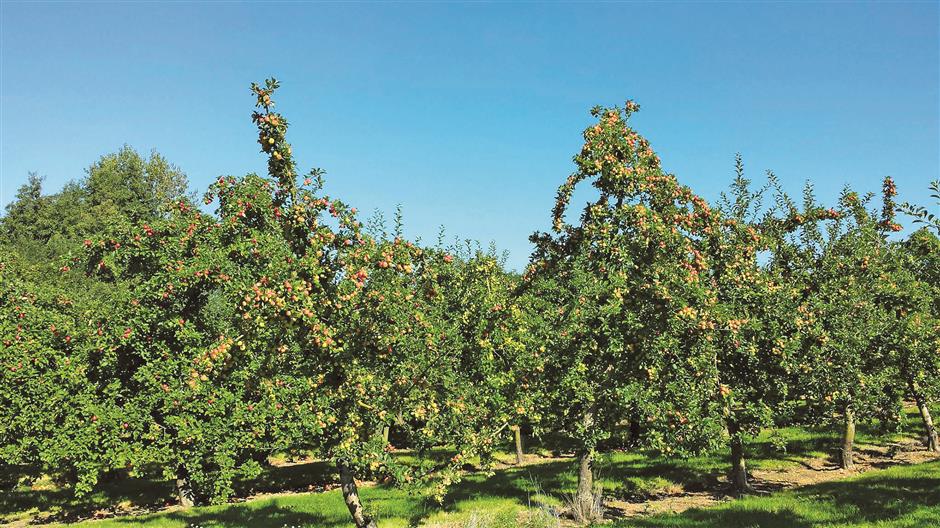 The spirits cognac and armagnac are unquestionably more revered and famous than the apple brandy calvados. Nonetheless, this historically important spirit maintains a loyal and gradually growing group of followers.

When the Romans first landed on the British Isles in 55 BC, the locals were already enthusiastically imbibing apple cider. The story of the distilled spirit we call calvados started in Normandy, France, in the early 16th century. Today, calvados production remains the exclusive reserve of Normandy.

While cognac and armagnac can be made with only a very limited number of authorized grapes, there are more than 200 varieties of apples and over 100 types of pears that can be used to make calvados. A blend of different apple and sometimes pear varieties are usually used to create the best calvados.

There are three appellations, or regions, in Calvados. When a region is listed on the label, this means that 100 percent of the calvados comes from that region. Calvados is the largest area accounting for about 70 percent of all production.

Calvados age statements include the widely used traditional classifications of VS (minimum 2 years), VSOP (minimum 4 years) and XO (minimum 6 years), as well as specific age statement calvados where the declared age refers to the youngest spirit in the bottle. Small quantities of older calvados can be added to the age statement blend. Specific vintage-dated calvados that indicate the specific year when the fruit was harvested is also becoming popular.

One of the best calvados producers is Chateau du Breuil. The chateau itself dates back to the 16th century, while the modern distillery was built in 1954. Widely recognized for consistent excellent, Chateau du Breuil has four calvados available in China. The light-bodied Fine Calvados offers lively apple, pear and banana flavors, while the VSOP calvados is more substantial on the palate with slightly sweet fruit and spicy sensations. The Reserve du Chateau 8 Year Old Calvados is remarkably mild with baked apple flavors and nutty notes. The Chateau du Breuil 15 Year Old Calvados has a luscious age-bequeathed silkiness and voluptuous texture with complex apple and quince flavors and toasty notes.

﻿
Special Reports
﻿
Wine-market perseverance in a rocky 2021 augurs well for 2022
One of nature's rarest colors produces extravagant wine
The sweet vino art of assuaging stinky foods
Winter veggies meet Italy's vino queen
Fujian delicacies and mountain fresh Austrian white wines
A 2021 food retrospective: a look back at the year in local food
Get your Christmas dinner covered: Holiday menus to reward a year of hard work
Healthy, plant-based cuisine for people on the go
A sweet taste of France near your doorstep
Eye-catching, healthy and tasty: ower of purple pigment in food
EXPLORE SHINE