Every honest and sincere wine professional has a responsibility to demystify the Byzantine complexities surrounding wines. But this is far easier said than done. Case in point, natural wines. There's a buzz around Shanghai and the rest of China pertaining to natural wines but in reality few consumers know what makes a natural wine natural.

The term natural wine has been in the English vernacular for centuries. One of the earliest usages of natural wine is found in the "Universal Etymological Dictionary by Nathan Bailey," published in 1731 in London. In Bailey's book natural wine is described as unadulterated wines without additives.

Over the centuries the exact definition of natural wine has varied but it has always revolved around a concept that natural wines are the antithesis of manipulated wines. Some argue that a more coherent and generally accepted view of what constitutes a natural wine started with the Gang of Four in Beaujolais. 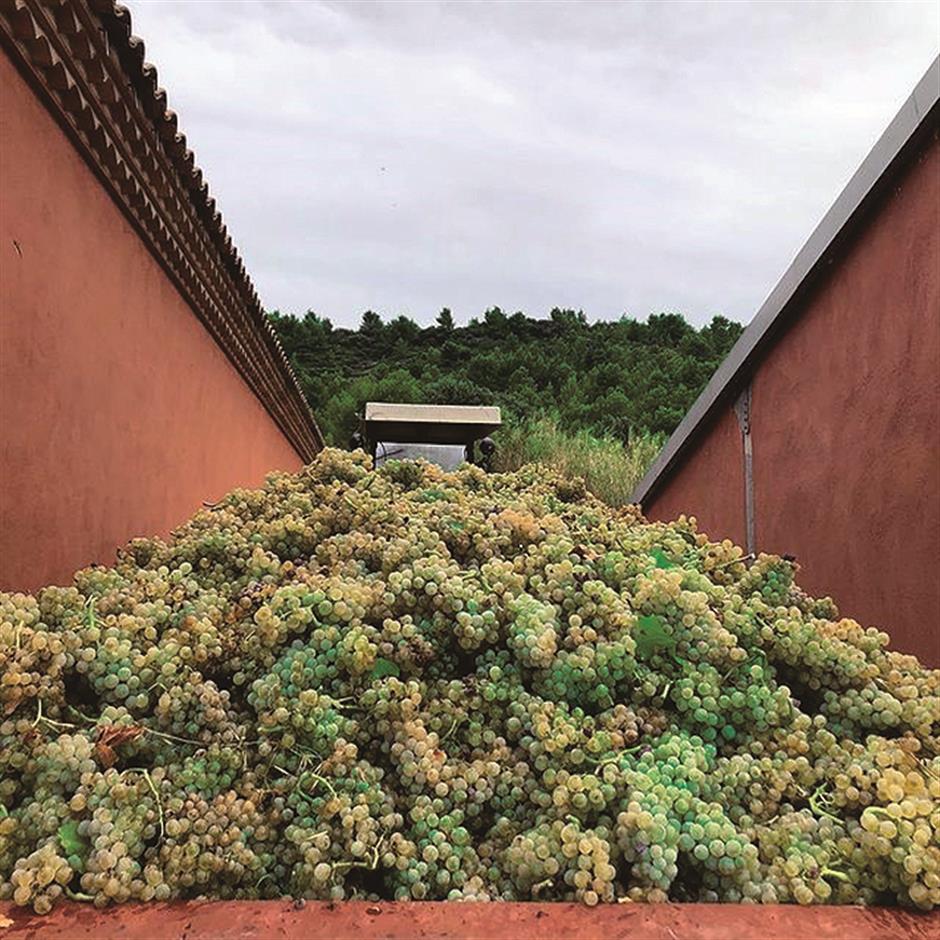 In the post-WWII era, French winemaking in Beaujolais and the rest of France relied heavily on chemical farming to protect vines and grapes and increase productivity. Things began to change when Jules Chauvet, a chemist by trade took over the family winery in 1972 and quickly became disenchanted with the prevailing use of chemicals and other intrusive winemaking techniques.

By 1980, three other like-minded young winemakers, Guy Breton, Jean-Paul Thévenet and Jean Foillard, also dedicated themselves to the then radical proposition of abandoning all synthetic herbicides and pesticides, adding minimal sulfur dioxide or none at all and eliminating the use of sugar as a catalyst to fermentation. They were also proponents of older vines and lower yields.

But for all the revolutionary good they achieved, the Gang of Four and their disciples never really codified the process natural winemaking. Unlike organic, biodynamic and vegan wines, there are no accepted laws and regulations governing natural wines. Instead, natural wines remain a kind of antiestablishment philosophy where concepts of sustainability and minimalist intervention exist but not specific definitions or regulations. Despite this, natural wines have a growing following in China.

Vincent makes an excellent point about why natural wines have a special place in the China market. "Chinese consumers are very open-minded and receptive to the messages of natural wines producers. One important reason is the importance of diet in traditional Chinese medicine."

Marco Gobbo, partner of Yishe Wines that specializes in Italian wines, makes the point that in China natural wines have a clear advantage. "Due to the frailty of natural wines and the special logistics and regulations of importing wines in China, something exasperated by COVID, domestic natural wines have absolute advantages." Good point, and fortunately there are a growing number of lovely China-made natural wines.

Yadai is a small winery in the Ganchengzi region of Ningxia Hui Autonomous Region. Under the name Less is More, the winery makes two beautiful natural wines, a Cabernet Sauvignon and Cabernet Franc. I've tasted both wines on several occasions and can highly recommend them as two of China's best natural wines. The headiness and strong tannins, qualities common to many Ningxia reds, should allow these reds to age well for at least five years or longer.

I will definitely revisit the topic of natural wines of Ningxia in future columns but this week I'll focus on an equally arid but far warmer French region that skirts the Mediterranean Sea.

Resplendently beautiful and still mostly wild, Languedoc AOC is located in the Midi region in the south of France. Ancient Greek and Phoenician trades first recognized the region's natural affinity for vines and by the 5th century BC, long before the renowned regions of Champagne, Burgundy and Bordeaux cultivated vines; Languedoc and the neighboring Provence regions boasted thriving wine industries.

Languedoc was a major supplier of wines to the Roman Empire and winemaking persevered through the Dark Ages. However, during the Industrial Revolution in the late 19th century Languedoc winemakers focused on factory-like production of high-yield, cheap wines to assuage the thirsts of factory workers and the French army.

Thankfully, over the past four decades a growing number of producers have pursued quality winemaking, investing in technology and more advanced winemaking equipment and logistical equipment. Today the region sports the greatest diversity of grapes in France ranging from classic Mediterranean red varietals like Grenache, Carignan, Cinsault and Mourvedre to popular international varieties like Cabernet Sauvignon, Merlot and Syrah. Popular white varietals include Chardonnay, Viognier, Grenache Blanc and a wide range of others.

The hot and arid Mediterranean climate allows for good and even ripening of the grapes and because the hillsides of Languedoc are filled with wild herbs and flowers many wines exhibit herbal and herbaceous qualities. The climate is also ideal for making natural wines.

The generic Languedoc AOC and its numerous AOC subregions like Corbieres, Saint-Drezery and others all produce a number of noteworthy natural wines. One of my favorite produces is Domaine Fond Cypres that produces red, white and rose natural wines. The Cypres de Toi Le Carignan de la Source Rouge is a fresh and fruity red with gentle tannins and intriguing hints of herbs and spices. I also highly recommend the natural wines of the Corbieres producer Maxime Magnon.

Natural wines contain no or very little sulfites therefore can be fragile and less age-worthy. I suggest purchasing only recent vintages and storing the wines in a cool dark place away from all sources of light.

﻿
Special Reports
﻿
Bamboozling world of natural wines
Diet-friendly sandwiches go well with Chilean white wine
Ring in new season with Torrontes wine
Elegant bubbles ideal for celebrating Olympian moments
Science of love, wine and Amarone
End of a culinary era as M on the Bund, Glam bar announce their swan song
Irish pork exports to China hit record high in 2021
The vibrant exuberance of ethnic Dai food from Yunnan
The discreet charm of the underappreciated baijiu
One size does not fit all for nianyefan
EXPLORE SHINE