After 800 years, there is still something for everyone in Jiading 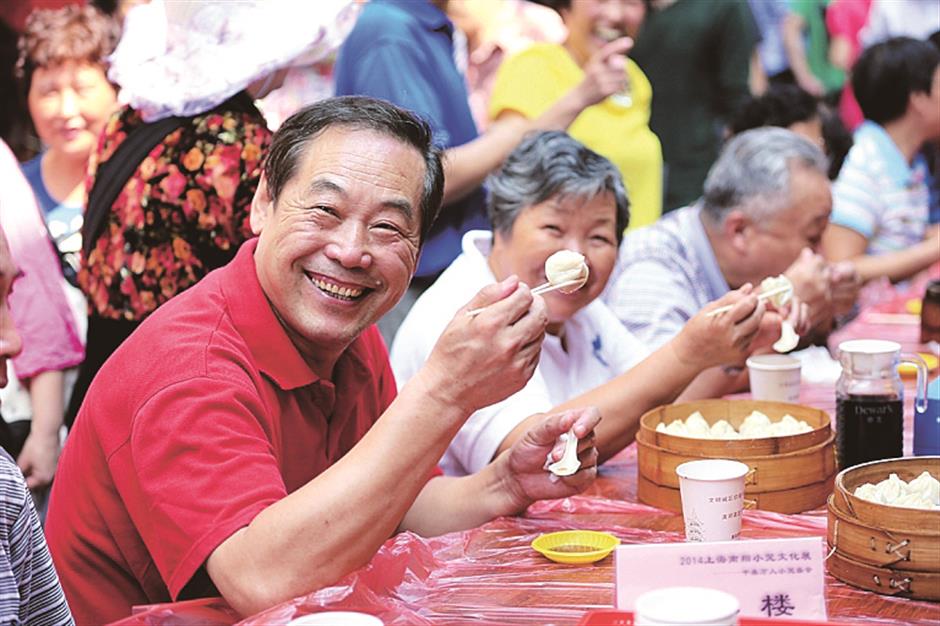 Jiading District in northwestern Shanghai is well known for delicious snacks, sports venues and other fun. Last year, Jiading celebrated its 800-year anniversary with a cavalcade of events. This season, things are bit more low key, but there are still plenty of cool things to do.

First, let’s talk about where to eat. Nanxiang is the top destination for chi huo, “foodie” in Chinese.

Visit Guyi Garden Restaurant in Nanxiang and try the xiaolongbao made by executive chef Li Jiangang. Xiaolongbao is a type of steamed bun, traditionally prepared in a xiaolong, the small bamboo steaming basket that gives them their name. When the xiaolongbao arrive at the table, take a small bite and suck out the hot soup inside before eating the meat.

The Confucius Temple is another place no visitor should miss. The temple was built 800 years ago, and has undergone many renovations. It was once known as the finest Confucius temple in central Wu State, one of the states during the Western Zhou Dynasty (c. 11th century-770 BC) and the Spring and Autumn Period (770-476 BC). The territory of Wu State included today’s Jiangsu Province and Shanghai. 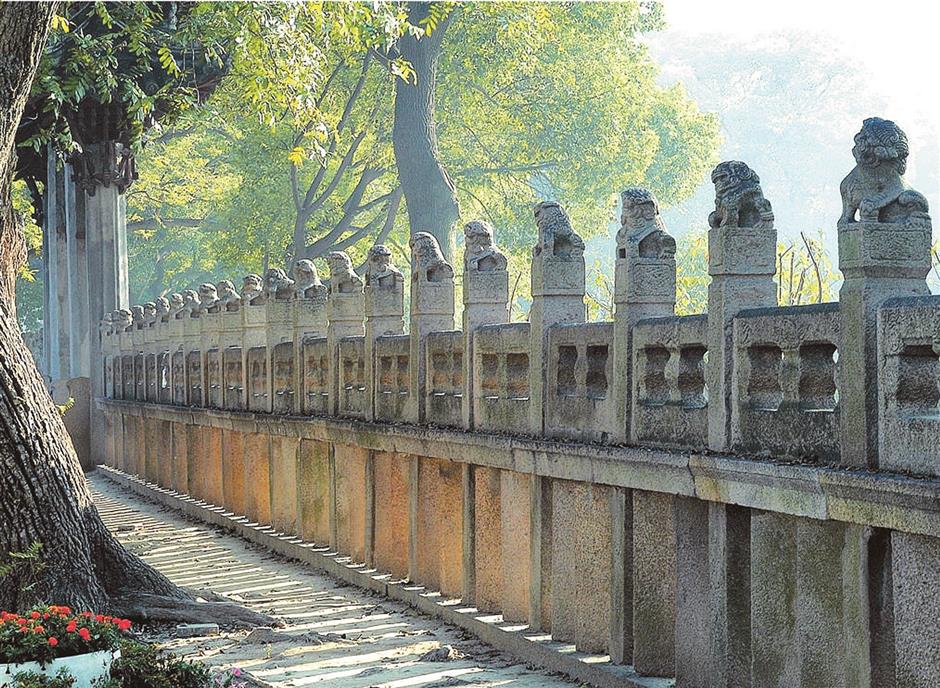 Jiading is known as a place of education, and the temple was at the heart of this reputation. Building work started in 1219, but it was not until 30 years later that the temple began to take shape we see today. It remains one of the biggest and best-preserved Confucius temples in Jiangnan (region in the south of the lower reaches of the Yangtze River).

Today, Tongji University and Shanghai University have campuses in Jiading, sustaining the city’s reputation as a center of academic excellence.

Jiading Museum takes you on a journey through the history of the district with exhibits and lectures. If you want to enjoy some music or plays, the Poly Grand Theater should be your destination of choice.

The theater, built four years ago, presents a variety of performances by local and overseas players, from traditional to modern, including the ballet “Giselle” by the Paul Taylor Dance Company. “Swan Lake,” “Sleeping Beauty” and “The Nutcracker” by Russian composer Tchaikovsky are coming up in the next few months.

The theater offers classes for children to get to know and love music. 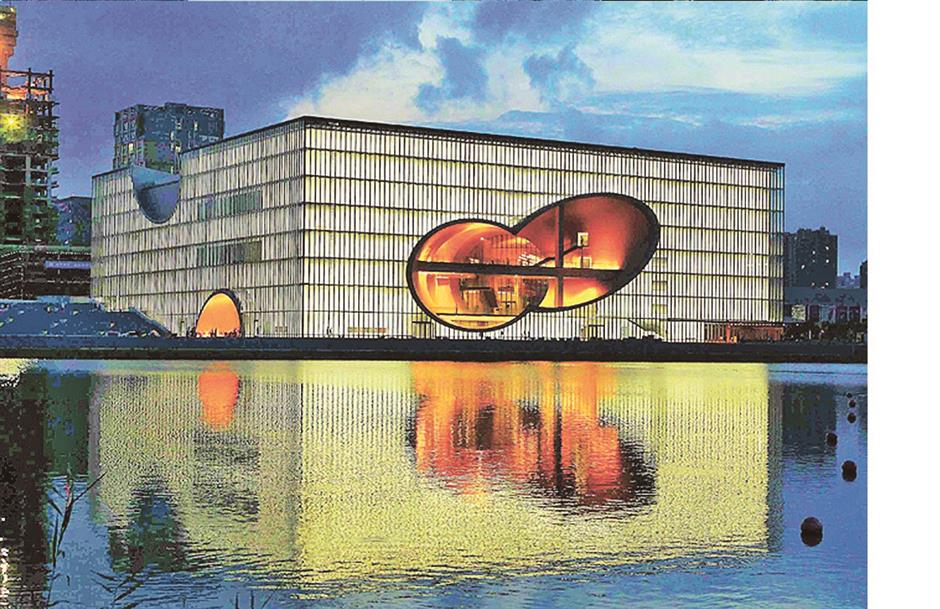 If you just want to take your family for a walk in the park, then the best destination is Jiabei Country Park, one of Shanghai’s biggest suburban parks. Open to the public for just over a year, Jiabei features farmland, historic buildings and driverless vehicles. While the south part of the park is mostly farmland, the north part will eventually be covered by forest.

When you finally head for home, be sure to take a Xuhang straw souvenir. Xuhang straw plaiting has survived for over 1,000 years. For centuries the residents of Xuhang created exquisite articles for daily use using the stems of yellow grass and decorated them with colorful patterns. Xuhang straw products are famous far and wide for their clever, beautiful designs and practical convenience. Whether handbags, fruit plates, hats or slippers, these daily articles, laden with local flavor, boast natural beauty and are environmentally friendly.

Before leaving, you must not forget to take in some quyi like traditional ballad singing, comic dialogue and clapper talks. Jiading was the fourth city in the country to be named as a “quyi city.”

Jiading is a fabulous place to visit. Everyone will find something interesting, something delicious to eat, and a memory to take home, among destinations both ancient and modern. 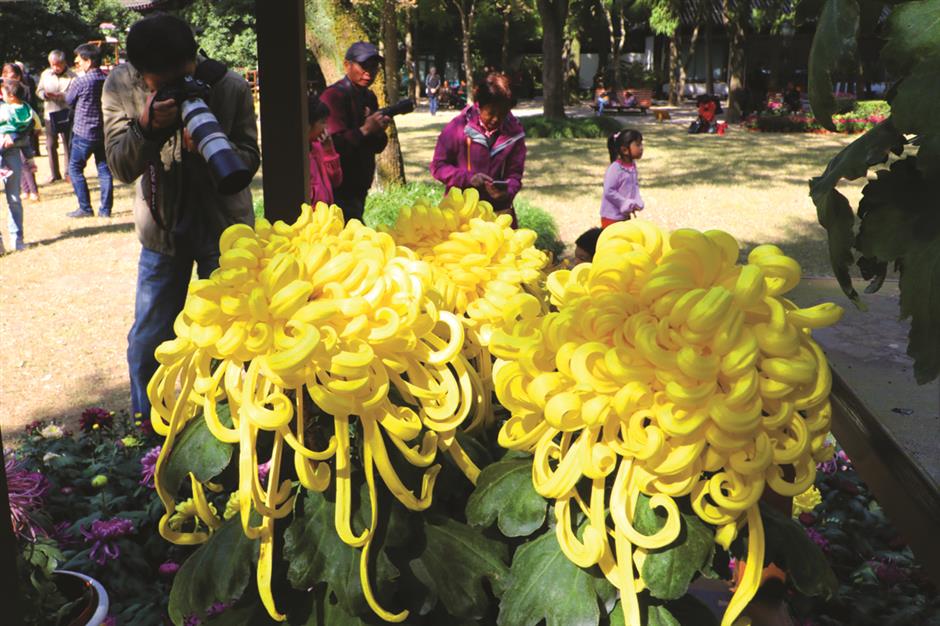 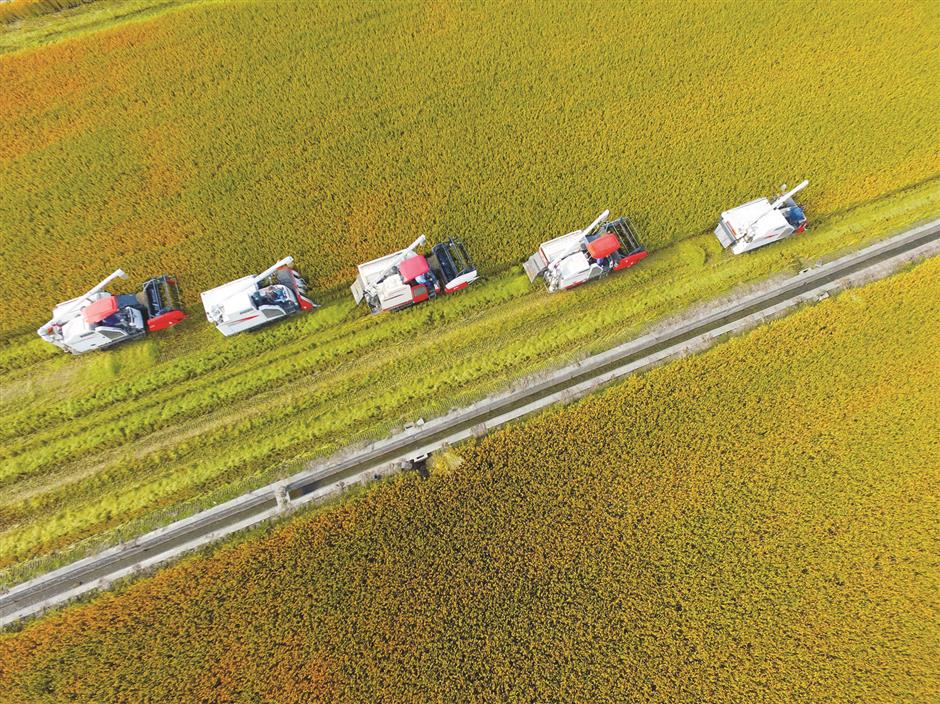