It has been more than 100 years since the birth of the car, but it wasn’t until late last century that they became widely used throughout China.

Shanghai Auto Museum in Anting Town has a collection of over 100 classic cars. But being on display in the exhibition hall is not their only destiny, particularly when most of them are still in running condition.

It was Liu Tao, executive director of the museum, who got these antique cars running again on expressways to visit local schools and communities and take part in car rallies.

Since the museum opened to the public in 2007, these classic cars have been kept in excellent condition and are able to take to the roads at a moment’s notice thanks to a dedicated team in charge of their daily maintenance.

A private tour in a classic car 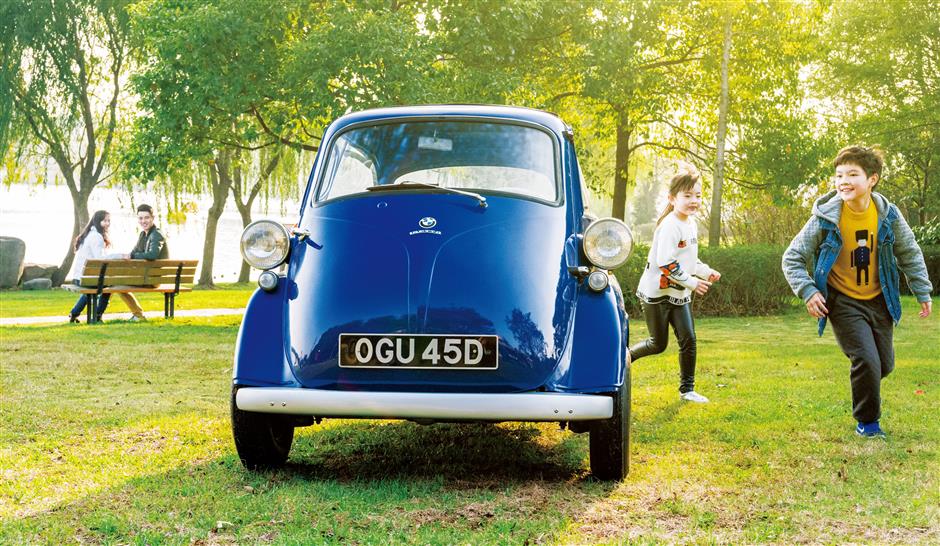 Children are excited by a three-wheel vintage BMW Isetta vehicle which is included in a private tour event that was launched as part of Shanghai Auto Museum’s program in 2017.

In 2017, the museum launched a program to offer a private tour in a classic car. All the drivers are professional narrators who take passengers back in history.

A Jaguar 420G, a BMW Isetta, a Rolls-Royce Silver Cloud III and a Cadillac DeVille convertible are irresistibly enticing. There are also opportunities for photography while people enjoy the tour.

Running on the road 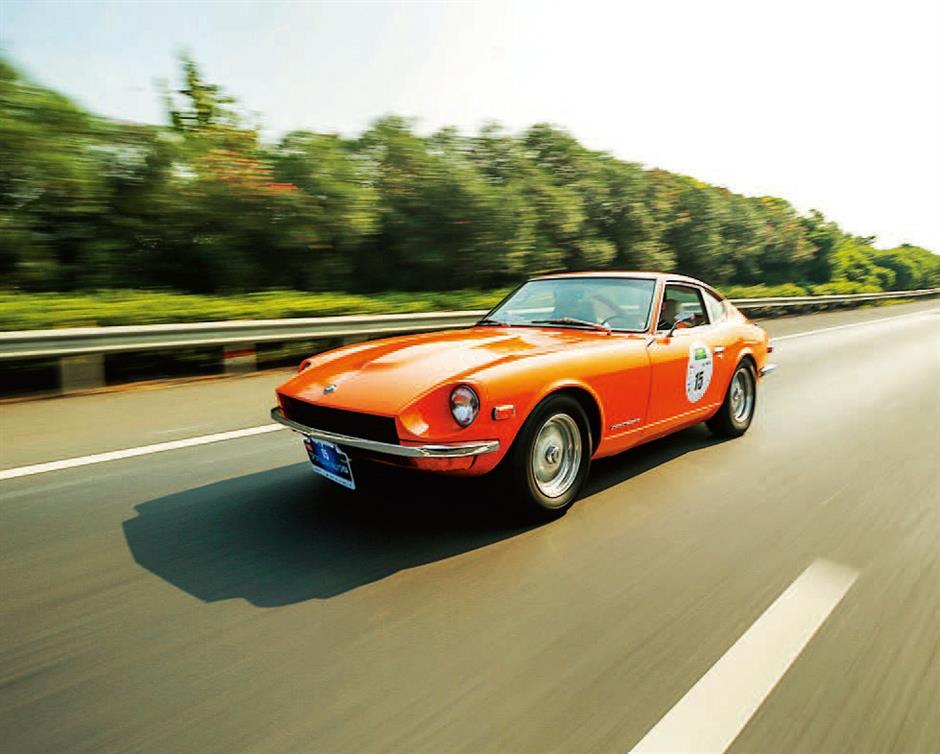 There were 40 entrants in the Peking (Beijing) to Paris motor race in 1907, won by Italy’s Prince Scipione Borghese, but none of them would have thought that the section between Beijing and Zhangjiakou would become part of the Top City Classic Rally China a century later.

In 2017, a 1967 Alfa Romeo Giulia GTV from Shanghai Auto Museum won a performance award at the event.

It was not the first time a classic car from the museum had made its mark in a race. Since 2012, the museum has picked cars from its collection to compete in domestic and international events that have included the Classic Cars Challenge China and Great Wall Classic Rally.

A 1973 BMW 2002 Turbo from the museum won the 2017 Classic Cars Challenge China which set off from Beijing, en route Tianjin, Weifang, Lianyungang, Nanjing and Wuxi to arrive at the museum in Jiading.

The museum says that taking part in classic car rallies and other activities puts their cars on China’s roads, introducing them to more fans and building a mobile auto museum. 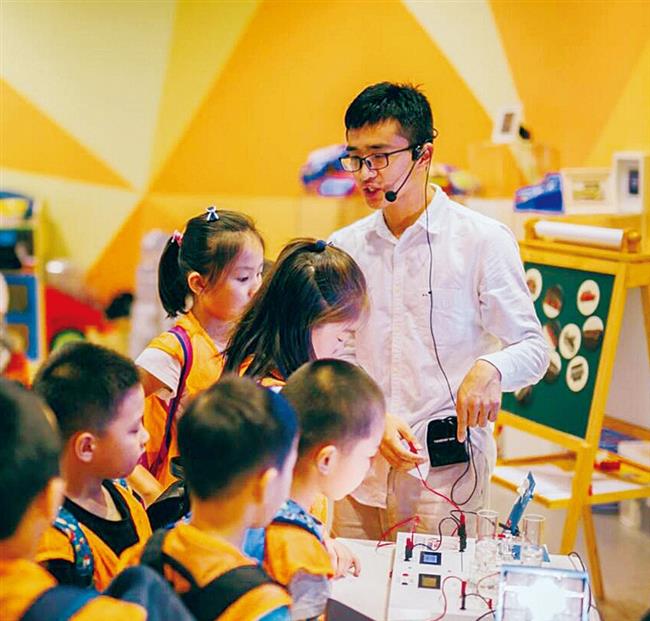 A picture book “Carmaker” from Shanghai Auto Museum last year briefed young readers on the important stages in the development of the automobile.

It is available in 120 primary and secondary schools in the city telling students the history of the automobile, interesting stories about automobile manufacturers and industry figures.

After reading the picture book, students can perform scenarios based on the plots in the picture book or participate in contests. Thirty schools stood out in the first competition.

Their work was scored by online voting and teachers in two rounds of competition. Finally, 10 of them came to the museum for an awards ceremony.

After “Carmaker,” Shanghai Auto Museum issued a new series — “Travel through Time and Space” — to lead young people to a more comprehensive understanding of the automobile in an easy-to-understand way.

As a national popular science education base, Shanghai Auto Museum has set up a special interactive experience project for young people and introduced a “Kaka Tour the World” parent-child class, “Car Workshop” and other popular science projects, so that children visiting the museum can learn about cars from multiple perspectives in a pleasant atmosphere. 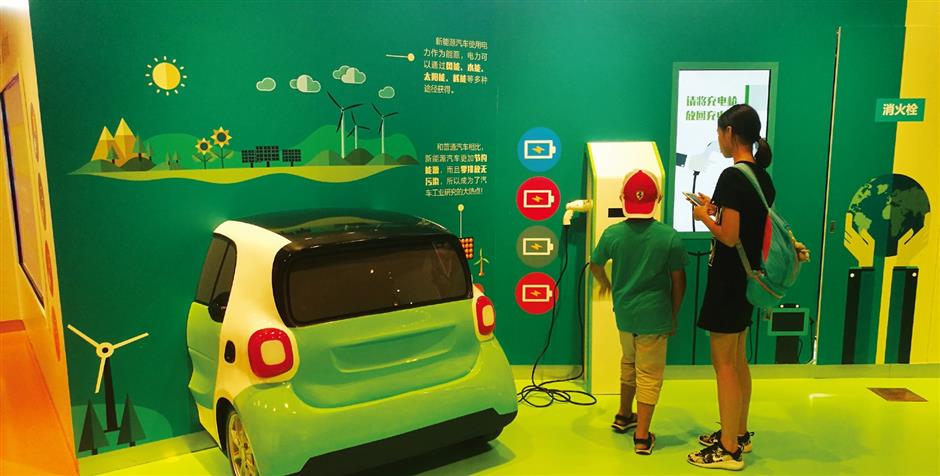 Young children and their families have fun at the “Car Workshop,” a new interactive area launched at Shanghai Auto Museum to show how cars are made and how they work.

In a newly built interactive exhibition area, “Car Workshop” is where children can learn how cars are made by using tools to take parts apart and put them together again. They’ll also be introduced to future automotive science and technology.

A multi-media wall will teach them about mechanics through a choice of gears and chains, as well as the principle of automobile transmissions.

Another area replicates a car repair workshop, teaching children about various parts of the car. Parents work with their children to select and change tires.

Scanning a QR code on key parts of a car will give children a comprehensive understanding of the structure of the car, while their handson ability can be improved at the same time.

In the dashboard area, parents can help children choose different types and functions of the steering wheel and assemble a set of automobile dashboards. While choosing, children can get a practical understanding of the function of each instrument.

The right combination will trigger in simulation driving games with real road conditions and steering wheel experience for children to feel the joy of driving, but learning about safety at the same time.

In the early days of the automobile, people’s understanding was of a substitute tool driven by fuel and an engine. However, automobiles have also attracted interest in the world of art.

In the third exhibition area “Collision/Distance,” the work “New Type” featured the smallest excavator made in Japan. It looked like a child’s toy, but it can also operate.

Shen Jingdong, the designer, shared this visual conflict with viewers, so that they could vividly and comprehensively feel the psychological impact of the turbulence on the general public since reform and opening up.

It highlighted a boy’s dream of becoming an engineer for the construction of the society and a soldier who protected the country.

It also pointed out the special psychological activities and internal influences brought to people in the era of science, technology and social development.

For young consumers, the history and technology of automobiles can be boring, but that does not mean that car culture cannot reach them.

Shanghai Auto Museum will continue to launch cross-border exhibitions, which will combine car culture with art forms such as movies and music, so that more citizens can come into close contact with car culture and learn to love it. 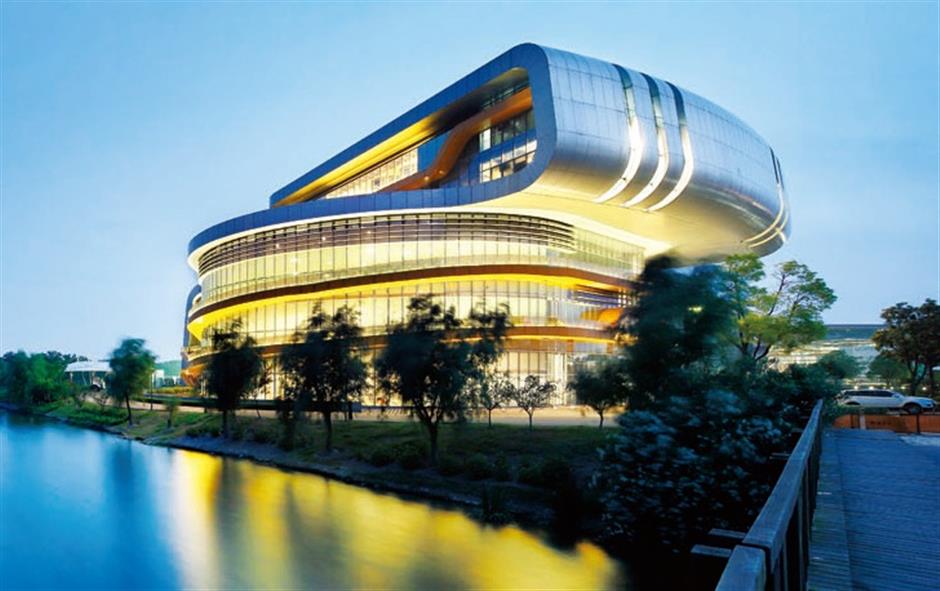 ﻿
Special Reports
﻿
61763
,
Explore the charm and romances of the West Lake
Celebrating the majesty of the Grand Canal
The hosts roll out the welcome mats. Where are the guests?
New corridor to promote tourism, environment
Greece ― a year-round holiday destination
Armchair excursions: touring the city without leaving home
A trip to yesteryear along Metro Line 16
Transportation gateway to Hangzhou's rich history
Metro Line 9, a gateway to Yuhang's many splendors
Walk back in time on Hangzhou Metro Line 7
EXPLORE SHINE