Metro Line 4 is the only loop-shaped route in the city, covering both Pudong on the east side of the Huangpu River and Puxi on the west. Its 26 stations include parts of the city where history was written in immigration, industry, moviemaking and the arts. The 33.7-kilometer line is designated in purple, and its violet-hued cars differentiate the trains from Line 3 trains, which share a portion of track.

The former Jewish Ghetto of Shanghai

Before and during World War II, more than 20,000 Jews from Austria, Germany, Poland and Lithuania fled to Shanghai to escape Nazi persecution. They took refuge largely in today’s Hongkou District, which at that time was one of Shanghai’s least-developed areas.

More than 20,000 Jewish residents lived in the “Restricted Sector for Stateless Refugees,” better known as the Shanghai Ghetto, during the Japanese occupation of the city.

Mingling with local people, the Jews brought their culture and traditions to the city. They built schools, organized sports events, met in popular hangouts and published newspapers. Their religious life revolved around the Ohel Moshe Synagogue, first built by Russian Jews in Shanghai.

Today, the Shanghai Jewish Refugees Museum sits on the site of the old synagogue, keeping alive stories of that era. Among other exhibits, the museum contains government documents, household goods and old newspapers of that time. 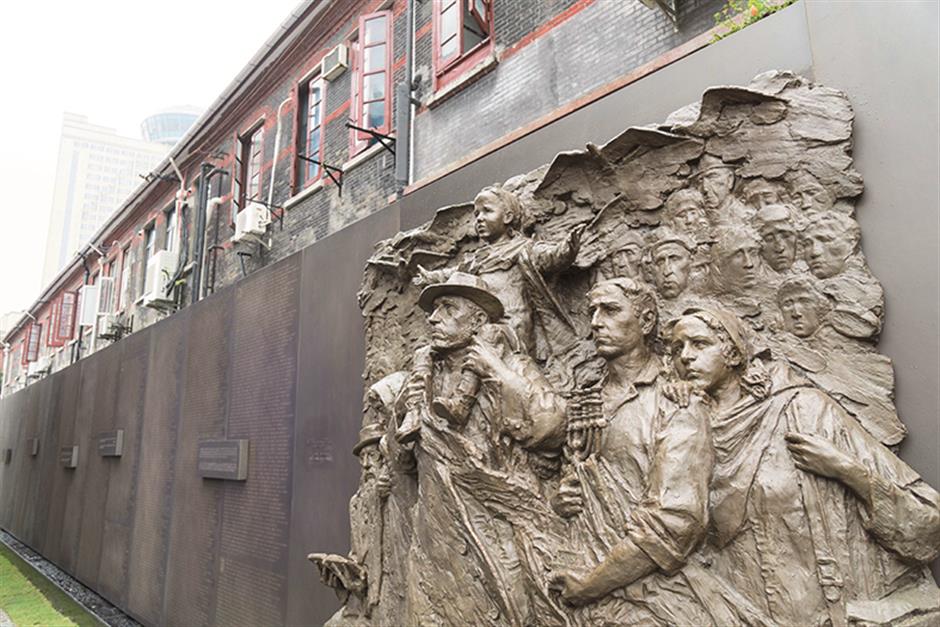 One old Jewish neighborhood is also partially preserved on nearby Huoshan Road. The lanes there, now inhabited by local people, were once home to many refugees. The Star of David emblem can still be seen on some lintels, and elderly residents still recall memories of their families visiting the homes of Jewish families and buying bread from Jewish bakeries, and of children playing hide-and-seek together.

Not faraway from the museum and the old neighborhoods is Huoshan Park. It’s now a venue of leisure activities but it was once a place where Jewish refugees congregated. A monument in the park now marks that history.

Memories of the painful past are in stark contrast with the tranquil atmosphere of the park today, where old people play chess, fitness buffs jog and toddlers crawl on the grass. 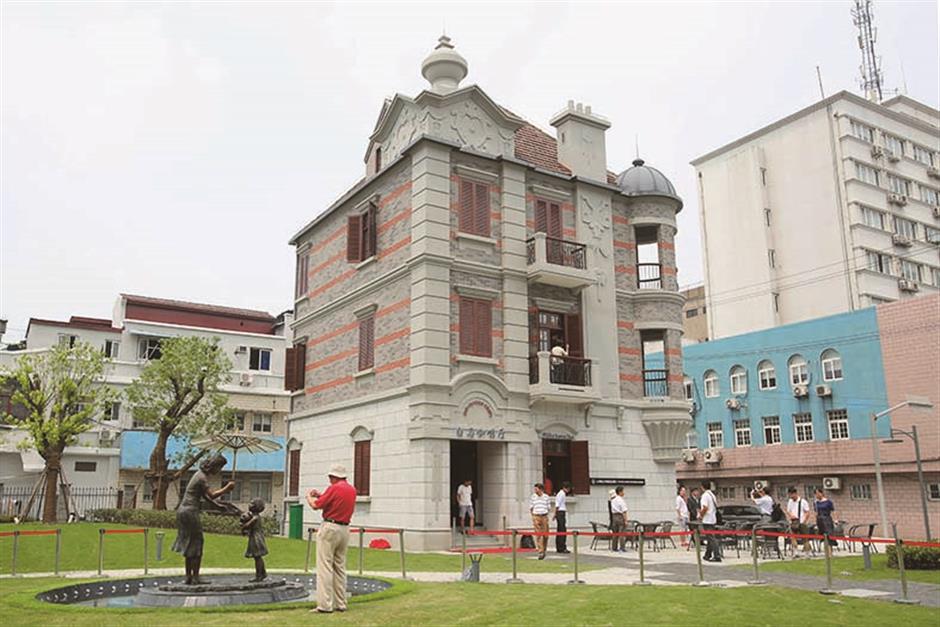 The Zum Weissag Rossi’l Café, better known as the White Horse Café, was among the favorite hangouts for Jews in the early 1940s. Opened in 1939, the Vienna-style café was abandoned after its owner and his family left Shanghai in 1949, and eventually it was demolished in 2009.

To commemorate that period of history, the café was rebuilt last year according to its original blueprint. Facing the Shanghai Jewish Refugees Museum, the first floor of the café resumes its original look, where patrons can order coffee and desserts amid an atmosphere of the 1940s. The second and third floors have been modified into an exhibition area as an extension of the museum.

As the birthplace of Chinese movies, Shanghai has always enjoyed a special cachet in the history and development of the nation’s cinematography.

The museum displays how the first sound motion pictures, the first animated movie and the first movie-themed song of China were made in Shanghai. It showcases the first cinema opened in the country and also traces the development of moviemaking techniques.

Visitors can participate in interactive games, such as dubbing, to get a general idea of movie production. 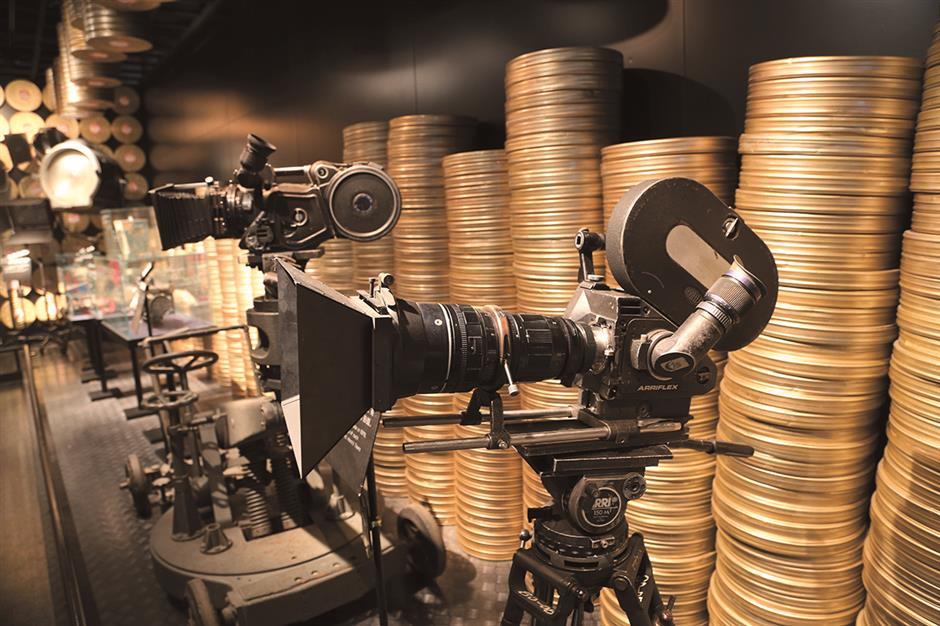 The old cameras and films displayed at the museum

The most attractive part of the exhibitions, according to most visitors, is the original drawings of old animated movies the city produced before 1985.

“Those were the movies I watched countless times as a child,” commented a visitor named Liang Miao. “At that time, animated movies were truly beautiful, both in graphics and story. I haven’t seen such high-quality domestically produced animated movies for a while now.”

Xinle Noodles is praised for its culinary creativity. It looks like a traditional Shanghai noodle house at first glance, but its toppings for noodles are anything but traditional. They include bullfrogs, crayfish and crab pastes.

It does serve some traditional Shanghai fare though, such as deep-fried pork steak, which is highly recommended by loyal patrons.

The Sanshan Assembly Hall and the Power Station of Art

As the only well-preserved assembly hall built in late Qing Dynasty (1644-1911) in Shanghai, the Sanshan Assembly Hall was originally erected by a businessman from southeastern China’s Fujian Province in 1909.

The venue has been turned into an exhibition hall displaying the history of the typical Fujian mansion of the late 19th century, with its traditional Chinese-style architecture and decor, with bits of Western touches here and there.

In the beginning, Fujian businessmen gathered in the mansion for trade negotiations.

A temple was also set up in the hall dedicated to Mazu, a god worshipped by people from southeastern China.

The mansion retains some of the old decor, including furniture, carved beams and pillars. It exemplifies Fujian culture, which is quite different from Shanghai’s.

In the 1920s, the assembly hall was used as the headquarters for armed workers’ uprisings. In 1926 and 1927, the Communist Party of China planned three uprisings in Shanghai to overturn the sovereignty of warlords. After two failures, the third uprising succeeded and a new government was established in 1927. Now, the memorabilia of the uprisings are displayed in the hall. 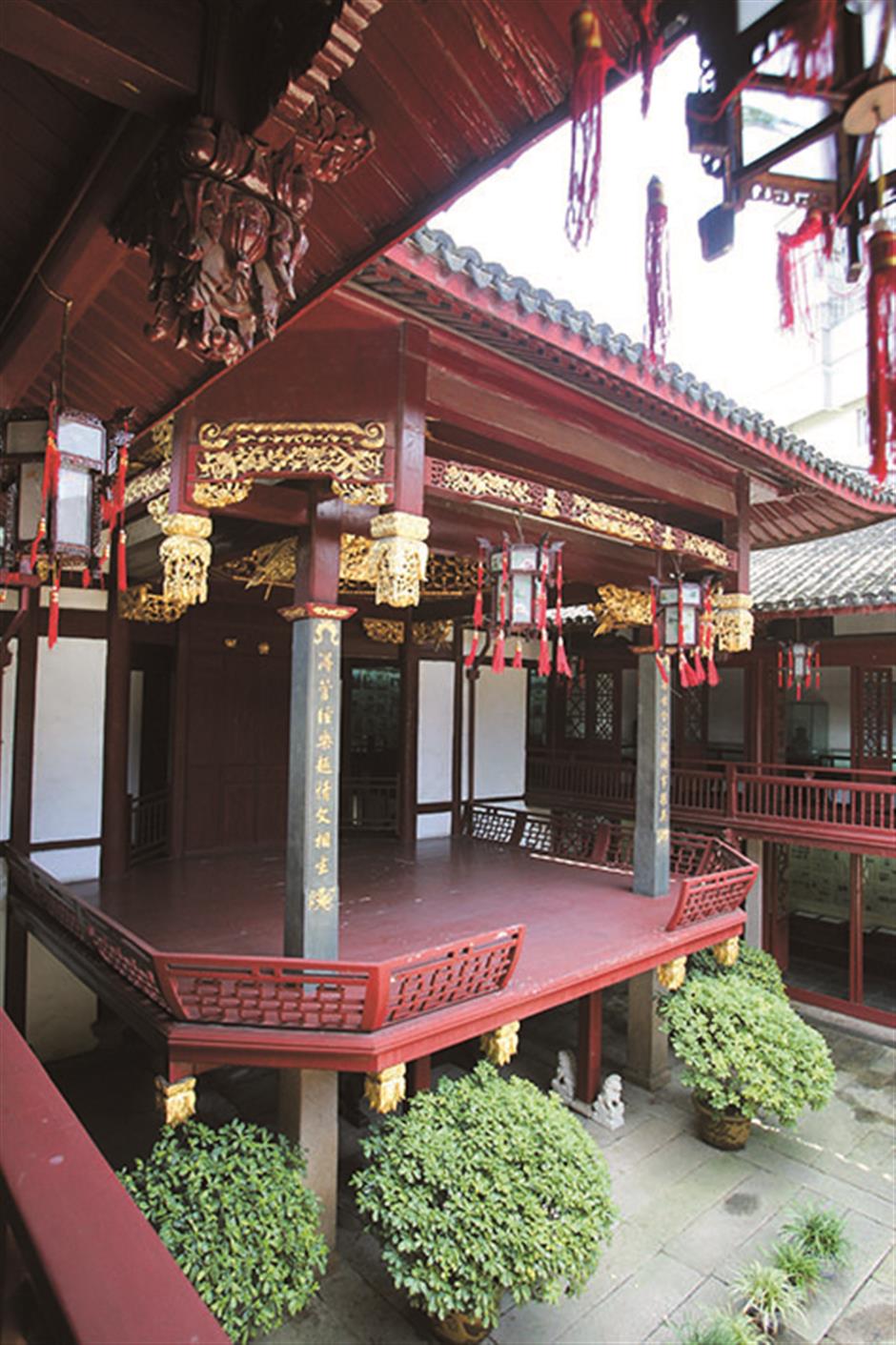 Not far from the mansion on the banks of the Huangpu River, a huge, eye-catching smokestack dominates the scene.

Resembling a gray cannon barrel aimed at the sky, the smokestack is a part of the former Nanshi Power Plant, which has been transformed into the Power Station of Art.

First built in 1897, the power plant operated for 110 years before finally closing. The building was subsequently modified into a pavilion for the 2010 Shanghai World Expo and transformed into an art gallery two years later.

As the venue of the Shanghai Biennale, China’s most established and influential international biennale of contemporary art, the gallery is renowned for its dreamy, even surreal vibes.

Gray is the dominant hue — just as it was during the site’s era as a power plant.

The museum’s high ceilings, narrow windows, steel staircases and handrails form a cold, open space for artists to display their view of the world, often in stark realities.

The biennale ended two months ago, but the museum now still offers other exhibitions that continue the journey of soul exploration.

Near the southern bank of Huangpu River, the Dongjiadu area is known for two things: tailored clothing and food streets. As one of the most popular seafood chains in the city, Shenjiamen Seafood stands out even in busy Dongjiadu. It serves seafood dishes in a variety of styles, such as sashimi, steamed, boiled and grilled.

Clams and crabs are the most recommended by frequent patrons, who praise the seafood as so fresh that it doesn’t need much seasoning. Just a little soy sauce and vinegar bring out the natural sea flavor.

Liyang Road in Hongkou District probably never makes the must-visit list for most tourist in the city. Indeed, there are no “sightseeing attractions” as such on the street, which parallels Suzhou Creek. However, it’s nonetheless worthy of a visit for those who want to experience the “real” side of Shanghai.

The street has 48 Western-style mansions and villas built in the early 20th century, most of which are still inhabited. The current residents live with the “spirits” of many notables of the past, including writer and historian Guo Moruo (1892-1978) and journalist Jin Zhonghua (1907-68).

The former residences of prominent people of history were never modified into museums or shrines.

Their presence on the road is marked only by information tablets on the outer walls. The area is interesting to visit because it retains the feel of a bygone era, generally bypassed by Shanghai rapid urban development. 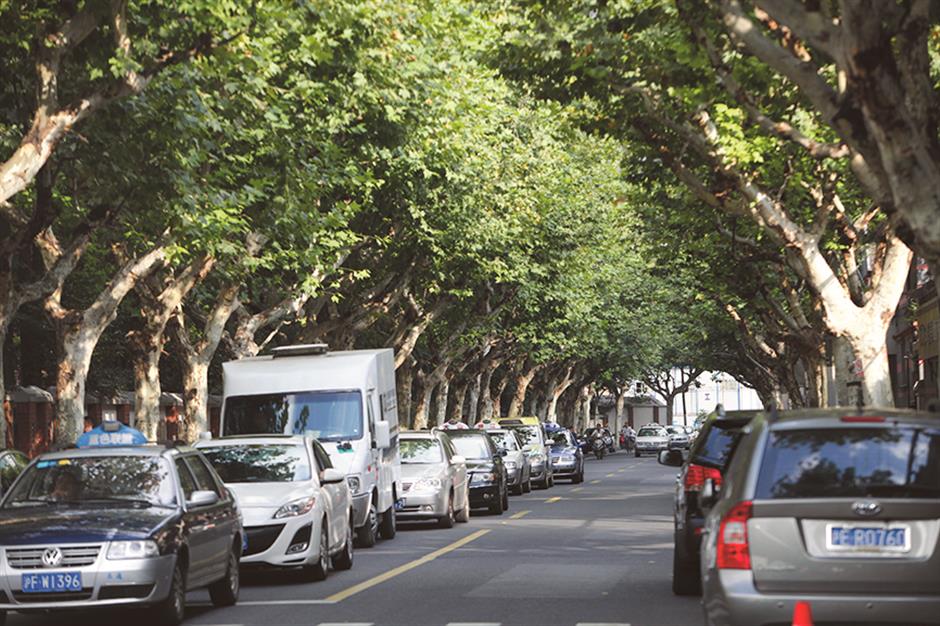 For a cat lover, this is the place to hang out. The Dawuwu on Liyang Road is perhaps the most popular of its genre in Shanghai.

The management of the café is quite professional. All patrons are required to wash their hands with sanitizer and wear shoe covers before entering. A staff member recites the dos and don’ts of the café to customers. Cats, and even a few dogs, brought into the café are healthy, clean and friendly. Customers can pet the kitties and enjoy the caressing sound of purring while enjoying a cup of coffee, a piece of cake or a plate of pasta.