Get the most out of one day in Jing'an

Jing’an is one of Shanghai’s most vibrant downtown districts. Amidst towering skyscrapers, one can find rows of century-old villas hidden in tranquil back alleys. It seems impossible to fit everything into just a single day. But here, we’ve put together some must-sees to help you make the most of a one-day trip in the district.

Or, start the day with a cup of coffee and a freshly baked croissant at Starbucks’ second global Reserve Roastery. The location offers a “Willy Wonka” moment, showing visitors the coffee-making process from green beans to brewed cup.

After such a tasty start, a morning walk hits the spot. Shaanxi Road N. is just 15 minutes away. Built in 1914 as Seymour Road, it is regarded as an epitome of the city’s inclusive spirit and international atmosphere. 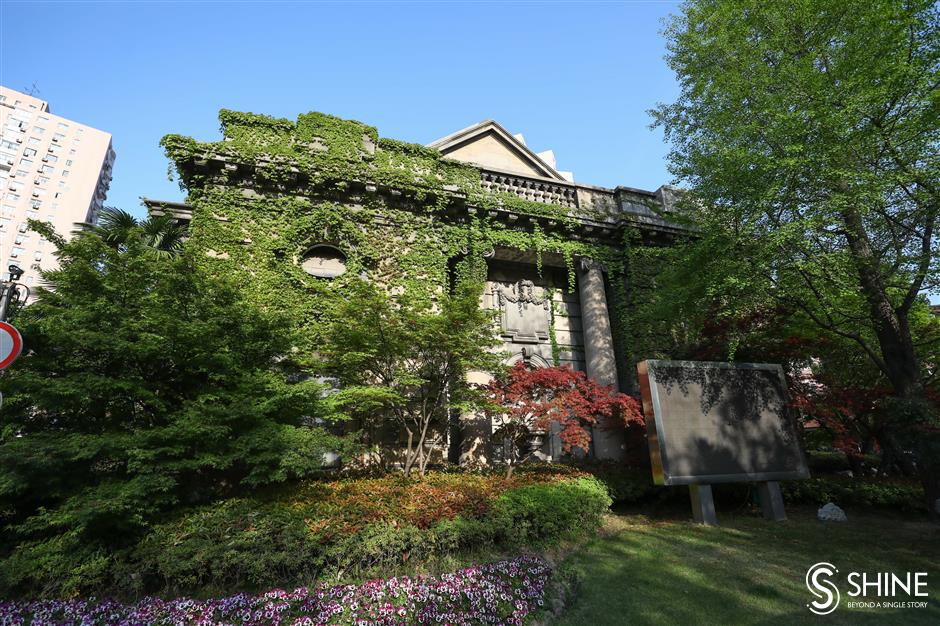 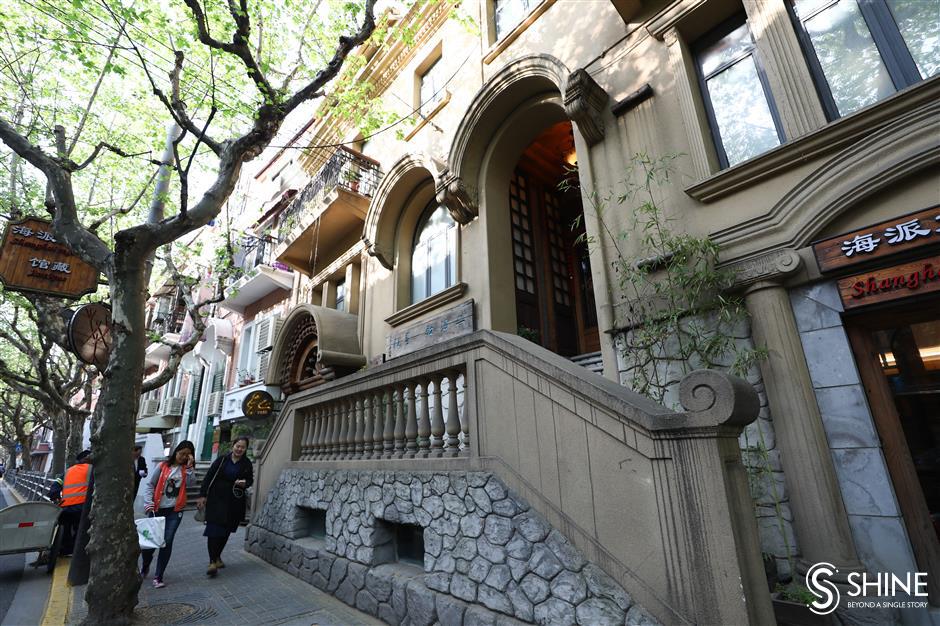 Start your journey on the northern section of the road, which is dotted with more than 20 historical buildings of different architectural styles.

Notably, the road has some Jewish footprints.

Back to the 1930s and 1940s, Shanghai gave refuge to thousands of Jews fleeing persecution.

Pacific Garden, townhouses built in the early 1920s, was once used to shelter Jewish refugees. The Ohel Rachel Synagogue is another legacy of that era. The ivy-covered, Greek revival-style synagogue was built by tycoon Jacob Sassoon in 1920.

Sightseeing over. Time for some shopping, old style.

The southern section of the road has 17 outlets with venerated brands. Make your way to heritage-listed Longfeng Qipao to order a tailor-made piece that characterized the height of fashion in the 1930s. Or step into the centuries-old Lei Yun Shang pharmacy to try traditional Chinese herbal tea, and buy a timepiece from local reputable Seagull Watch.

For lunch, stroll to the respected Mei Long Zhen Restaurant, a household name to most Shanghai locals because of its classic cuisine.

After lunch, cross the Suzhou Creek and start an afternoon tour with the war memorial museum in the Sihang Warehouse. 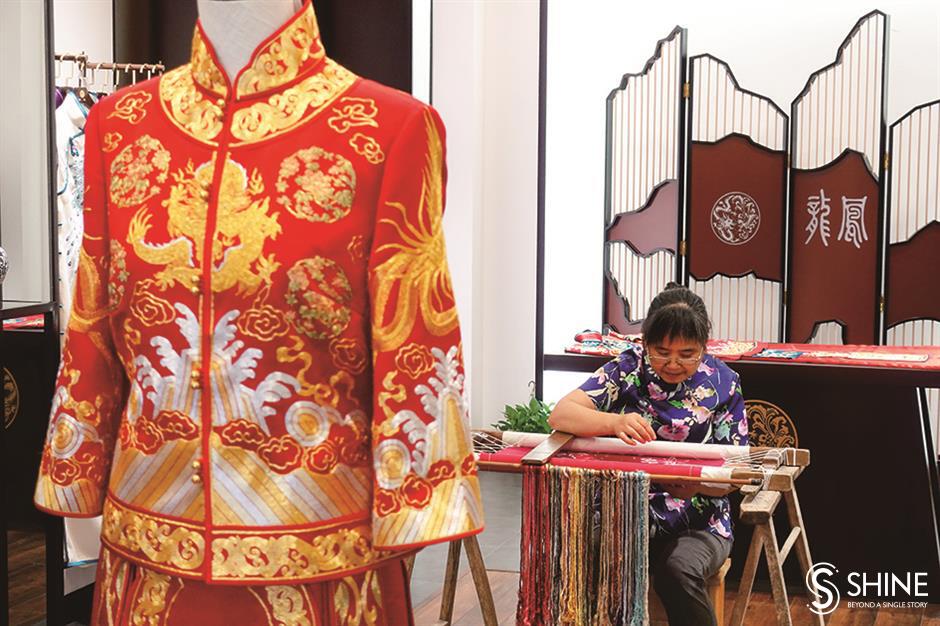 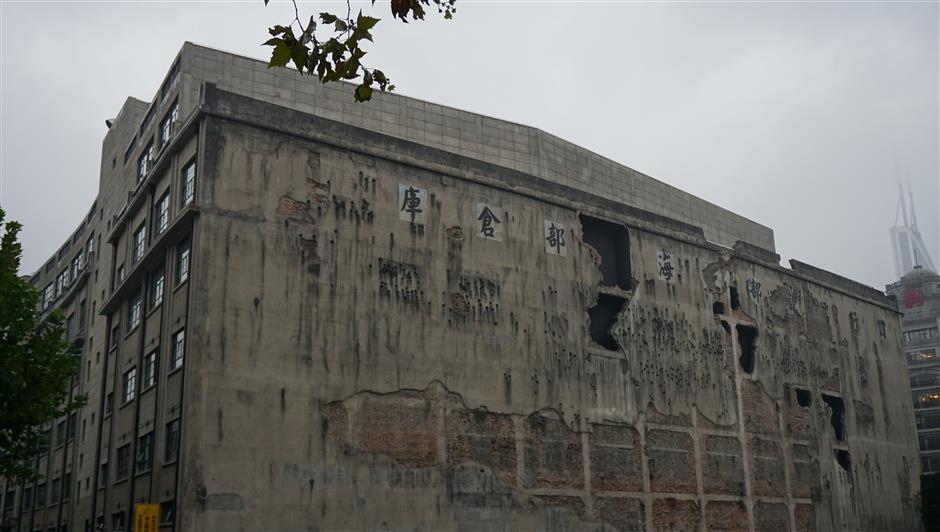 Initially, it was built as a storage area for banks, but Japanese invaders requisitioned it as a military headquarters during their occupation of Shanghai in World War II. There, Chinese and Japanese soldiers engaged in a fierce four-day battle in 1937.

Bullet holes remained during the renovation. And in the museum, the battle is “re-enacted” through audio effects and 3D holographic projection.

A 10-minute walk away is Joy City shopping mall, now famous for the 56-meter-in-diameter, 98-meter-high “Sky Ring” Ferris wheel atop the mall on the eighth floor.

For visitors who want to learn more about the country’s “red” revolutionary stories, they are well recommended to visit the memorial hall of the Second National Congress of the Communist Party of China on Laochengdu Rd N., where the first Party constitution was drafted.

A grand finale of the day is to stroll along Nanjing Road W., and down to the Jing’an Temple commercial zone, one of the city’s top retail destinations catering to all tastes and budgets.

The street is lined with boutique stores, chic cafes and popular restaurants.

The Isetan department store offers a wide array of Japanese brands while Plaza 66 caters to those who want to buy extravagance.

Notably, a seasonal pop-up fair on Anyi Road is a must-see. 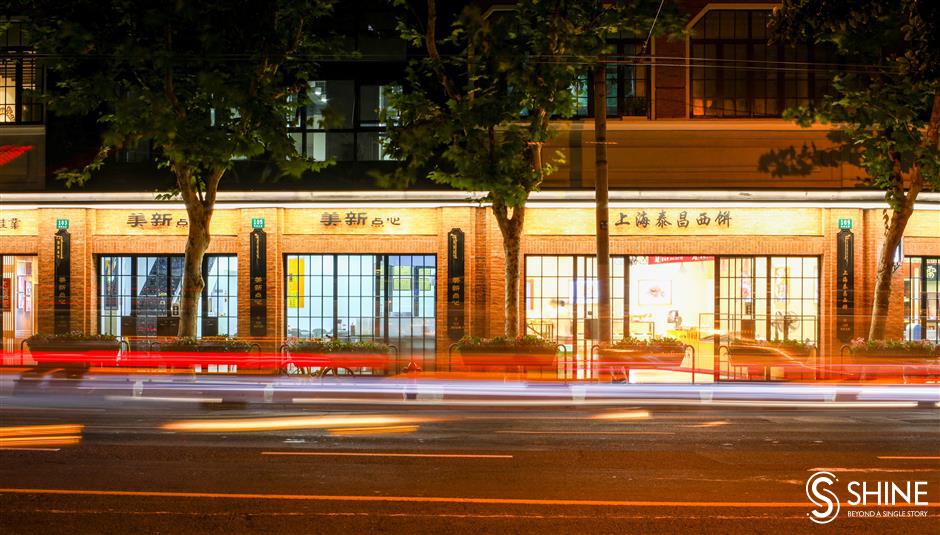 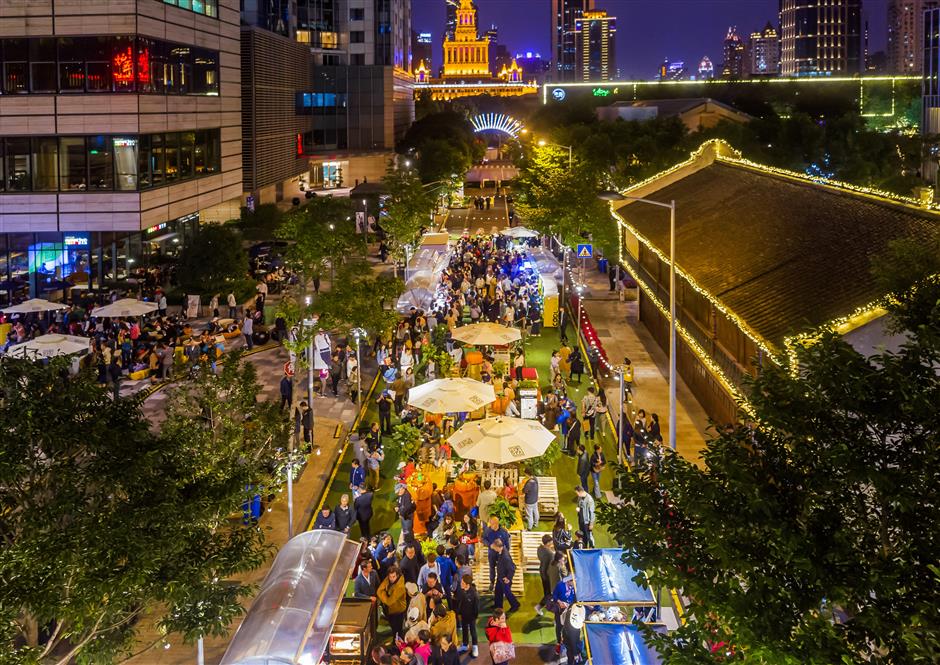 Between Changde Road and Tongren Road is a small quite lane tucked away near the Jing’an Kerry Center. But through January 19, 2020, every weekend it turns into a stylish pedestrian night market.

Over the period, it will be paved with artificial grasses and decorated with seasonal decorations such as orange blossoms and pumpkins in autumn and Santa Claus and snowfalls in Christmas.

﻿
Special Reports
﻿
61840
,
61764
,
Three villas: a tale of wartime skullduggery
Writers and artists of the past lend old lane a rich history
First bloom signals late start to osmanthus season
Time well spent: The revitalization of a Bund icon
Our prehistoric predecessors: They fascinate us, they scare us
'Red' tourism and culture travel activities abound in Jinhua Week
Near neighbors: The rich history and close residents of Ci'anli Building
Ningbo is becoming a new summer hotspot for tourism
Hangzhou's most popular 'red' tourism sites
Timber temple evokes debate over origins of its architectural style
EXPLORE SHINE