Xiamen a paradise for tourists 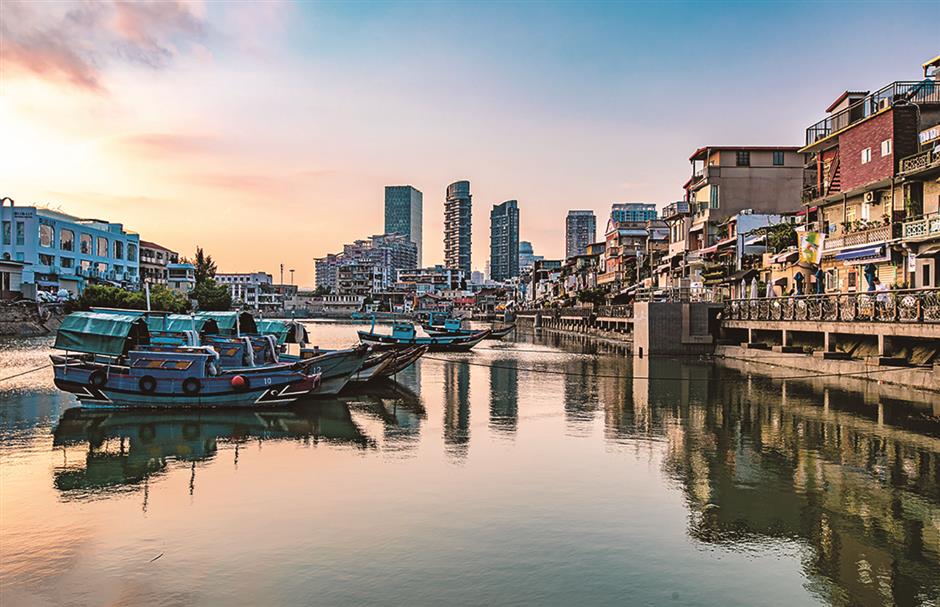 Harbor view at Shapowei, a hub for local artists and entrepreneurs

It was one of the earliest four special economic zones approved by the State Council, China’s Cabinet, to adopt opening-up policies in 1980 and thus a forerunner for foreign investment as well as friendly international exchanges.

Sound transport and favorable geographic location have made it a hub for China’s strategic Belt and Road Initiative. There are more than 50 shipping routes connecting Belt and Road countries by sea and trains directly leading to over 30 cities in Europe and Asia.

Due to its ecological environment and proper work on preservation, the coastal city, dubbed “Garden on the Sea,” has a prosperous tourism industry.

Last year, Xiamen welcomed 89 million tourists and gained an overall tourism income of 140.2 billion yuan (US$20 billion), up 20 percent from the previous year with a major proportion coming from the MICE (meetings, incentives, conferences and exhibitions) sector. A total of 9,145 meetings were held in the city in 2018.

Tours combined with other elements like exhibitions, agriculture, sports, sci-tech and family activities are a trend.

The weeklong National Day holiday this year alone saw more than 2.56 million visitors, a 13.52 percent growth from the previous year and bringing in 3.2 billion yuan of income with a 15.84 percent year-on-year increase.

A number of attractions were in place to cater for different tastes, including art shows, concerts, intangible cultural heritage display and folk art performances.

During the seven-day National Day break, there were exhibitions themed on military science and technology, auto trade, animation and model ships. Musical flash mob shows and children’s painting competitions, for instance, were special activities to celebrate the 70th anniversary of the founding of the People’s Republic of China.

To further develop its tourism industry, the city aims to have 100 million visitors from home and abroad by 2020, bringing an income of about 138 billion yuan.

The local government will integrate planning for the city’s tourism, utilize more smart measures and further merge MICE into the tourism business. A tour featuring the pilot free trade zone will be explored.

A coastal leisure tour will be highlighted, and regional cooperation will be promoted in the area.

The city now has 61 star-rated hotels, of which 65 percent have four or five stars. Other matching facilities and related industries will be given a boost at the same time to make a benign ecological circle for the industry.