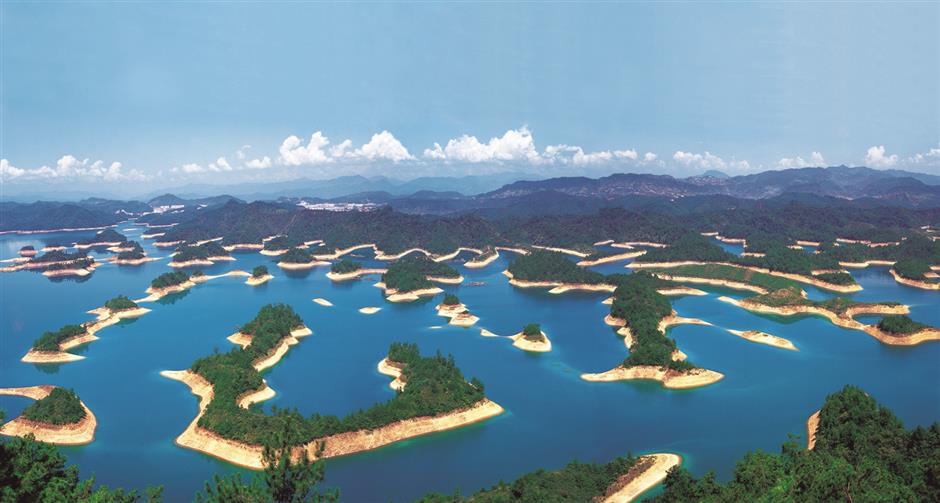 For those who love hiking, jogging and cycling, Thousand Islands Lake is an ideal destination. Located in Chun’an County in southwest Hangzhou, the lake has 1,078 islands, winding roads and charming villages.

The Xin’anjiang Dam, which is used to generate electricity, created a reservoir that turned thousands of hilltops into islands, and formed the present-day Thousand Islands Lake, or Qiandao Lake.

Formerly, it took around two hours’ driving from Hangzhou to reach the lake. Now the bullet trains cut the journey down to half an hour. 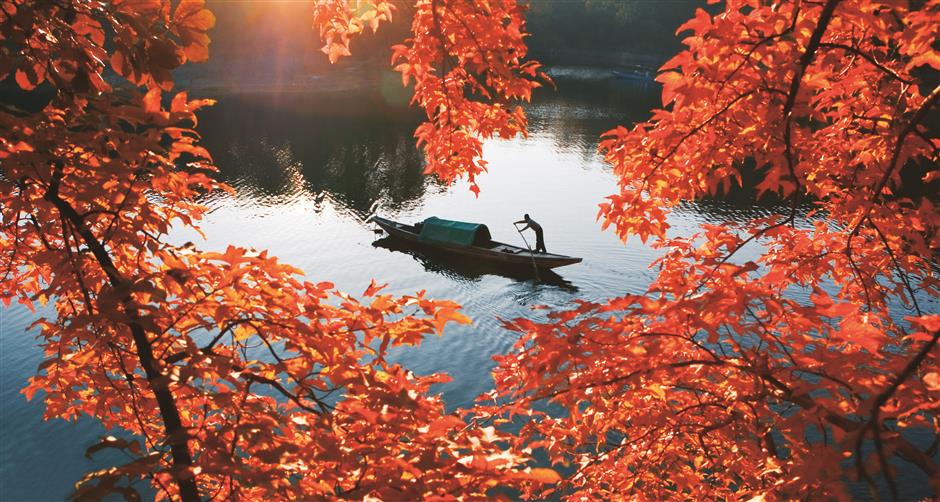 Today, the area has become popular among outdoor enthusiasts. Aside from the lake, many people go sightseeing around the nearby villages.

The local government invested more than 500 million yuan (US$70.86 million) in constructing Chunyang Road, which stretches from Jiangbu Bridge to Fenkou Town. It follows the Thousand Islands Lake and is equipped with a popular bike path.

The annual Thousand Islands Lake Marathon also follows Chunyang Road. In addition to its gorgeous lake views, the route winds through several ancient villages and towns. This year, the race kicked off on December 1, attracting more than 12,000 participants from more than 24 countries and regions.

Qinchuan Village used to be secluded from the outside world, but now welcomes visitors thanks to improved road access. A creek runs through the middle of the village; willows and camphor trees grow nearby. The oldest camphor tree is 800 years old.

Some 60 percent of the village’s buildings have upturned eaves, carved beams and painted rafters in the style of Hui buildings erected in the Ming (1368-1644) and Qing (1644-1911) dynasties.

Another village, Xiajiang, is also benefiting from upgraded roads. This idyllic village used to be poverty-stricken due to its remote location and bad infrastructure. Today, the asphalt road gives tourists easier access.

Local authorities asked villagers to take advantage of the mountainous geography and seasonal weather conditions, which make it an ideal place to plant strawberries in the winter and grapes in the summer.

Now is the prime time for strawberry picking. Some plantations let tourists enter free, charging them only for the fruit they take away. Visitors can get a glimpse of rural farming life here.

Daijia Village is located on the border of Jiande and Chun’an counties. Villagers have cultivated flowers for years. With more people visiting to see its flowers, residents have started developing family-run guesthouses, which provide simple food and homey accommodation.

Visitors can also pick their own fruits and vegetables, and even cook it themselves in village-style kitchen stoves. 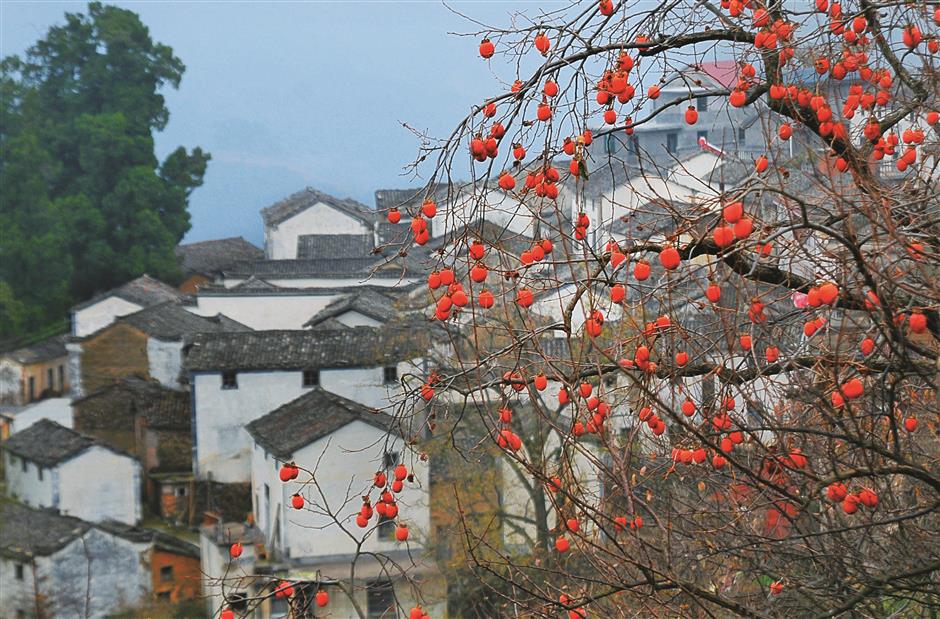 An increasing number of tourists come to the villages of Chun’an to get a glimpse of rural farming life.

In addition to these distinctive villages, Thousand Islands Lake also has a long history. The lake area once belonged to Yanzhou Prefecture, which covered today’s Chun’an and Tonglu counties, as well as a part of Anhui Province in ancient times.

When Xin’anjiang Reservoir was put into operation in the 1960s, some ancient towns were immersed at the bottom of Thousand Islands Lake. Over the last few years, local authorities have spent billions of yuan reproducing some of them.

Shicheng Town, which was established in the Eastern Han Dynasty (AD 25-220), was rebuilt on dry land. A reconstructed section of the county, covering 80,000 square meters, was opened as an open-air museum.

Over the decades, however, the original village has remained intact underwater. To see its original layout and architectural designs, rebuilders dispatched divers to explore and photograph the long-forgotten submerged county.

In addition, designers looked to former residents and collected historical materials from them. Old photos and hand-drawn maps provided them with a blueprint for the reconstruction. Visitors can explore the underwater city themselves using virtual reality technology.

What’s more, an abundance of Chinese New Year celebrations highlighted by activities such as dragon dances, a temple fair and photography competitions also bring tourists to Shicheng during the weeklong holiday.