On a tropical island wonderland, tourists on beaches gaze skyward

Tropical Hainan Province has long been a popular tourist destination for its sandy beaches, turquoise seas and palm trees. While most visitors flock to the southernmost city of Sanya, a vlogger who calls himself Kangyowei will tell you that his favorite spot on the island is Wenchang, where space launches can be viewed.

Before the Wenchang Satellite Launch Center went into operation in 2016, 2,000-year-old Wenchang was perhaps best known for its chicken, a breed considered one of the most delicious in the country.

Nowadays, people gather in the small city before designated launch dates. When the Long March 5B rocket was due to be launched from Wenchang on April 24, Kangyowei arrived in the island’s northeastern city five days earlier.

“I wanted to find the best place to watch the launch,” he said in a video recording the trip.

Viewing places abound — beaches, coastal parks and even balconies of some hotels. Originally the space center itself was partially open to the public, but it’s now off limits because of the coronavirus epidemic. 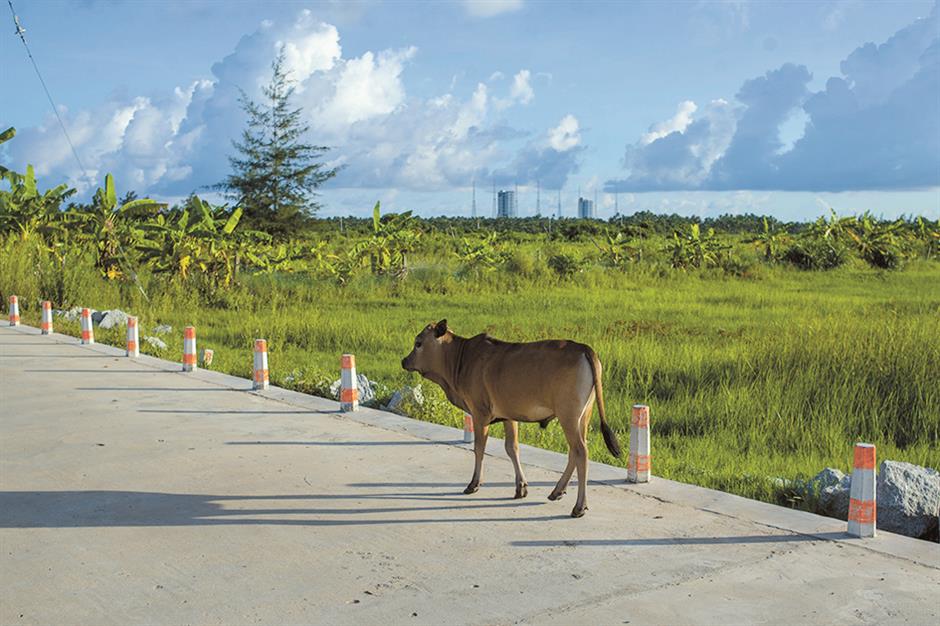 The rocket launch site is surrounded by grassland for grazing.

During his stay there, the vlogger recorded the mundane side of the city. It was early summer. People wearing shorts lay in hammocks hung between trees. Coconuts were piled up at fruit stands, with people sipping the milk through straws. Beaches were crowded despite the lingering threat of coronavirus.

Wenchang is a lot less commercialized than Sanya, giving visitors more of a chance to see real island life.

Just like Kangyowei, most of the visitors there were excited about the pending rocket launch of an experimental spacecraft that could be used to send astronauts to the moon in the future. Locals remained less sanguine; they are used to such activities.

Children showed more interest in Kangyowei’s camera than any rocket launch. Some locals wondered why outsiders would travel to the almost southernmost point of China just to watch a steel object soar into the sky.

“What is it like when a rocket lifts?” he asked the children.

But on April 24, the weather refused to cooperate. Dark, thick clouds enveloped the sky and raindrops began to hit the ground. There was no official update on the launch.

“I was very nervous, like many others,” Kangyowei said in the video. “After all, we failed twice on spacecraft launches recently.”

The two failures he referred to occurred on March 16 and April 9 — one in Wenchang and the other in Sichuan Province’s Xichang. On March 16, two hours after a Long March-7A rocket lifted off from the Wenchang center, officials announced that the satellite it was carrying failed to enter geosynchronous transfer orbit.

As expected, the April 24 launch was postponed. Kangyowei left Wenchang with regret but vowed to return when the launch was rescheduled.

Fast forward to May 5. The sky was crystal blue and the sea tranquil in Wenchang. Kangyowei was back with a group of friends. So were other people carrying their best photographic equipment, from digital single-lens reflex cameras with long-focus lenses to the latest models of smartphones. They were there to witness what might be a once-in-a-lifetime moment for them.

“I found that photography addicts prefer balconies of high-rises, while less dedicated onlookers prefer the beaches,” he said of viewing spots. “After all, on the beach you can clearly see the launch platform.” Visitors with cameras in hand await blastoff from the rocket launch platform in the far background.

Kangyowei chose a balcony. He said that when the big moment finally came, he actually went blank. It was very different from what he had seen on TV. There was no countdown, no running commentary from announcers or tense faces shown in the control room.

Suddenly with several booms — the children were right about that — the Long March 5B made its arc through the sky, leaving a long, white trail behind it.

“Everything just happened so fast, and before I realized it, tears were streaming down my face,” he said.

Even without rocket launches, Wenchang has sites worth visiting.

Take Wenchang Stone Park for example, an ocean-side area also ideal for launch viewing. It is littered with thousands of giant granite rocks that were spit up from the earth tens of thousands of years ago.

The stones are in all kinds of shapes. Natural holes cover the stones like stars, as if they were hit repeatedly by cannonballs. The best part is that the park, not fully commercialized, doesn’t have the usual crowds and vendors marring the natural setting.

Wennan and Puqian old streets are another highlight of Wenchang. The streets are lined with unique houses called qilou, which were built mostly during the early 20th century by returning overseas Chinese. Though most of them are in Western styles, some have Chinese features.

Such old streets also exist in Sanya and provincial capital Haikou, but in these two cities, houses are painted to look new instead of keeping their original facades.

In Wenchang, by contrast, you can still see the qilou of yesteryear, with their dim-looking, mottled facades.

After an exciting, modern rocket liftoff, it’s a nice change of pace to roam old streets and enjoy a plate of simply seasoned yet always delicious boiled Wenchang chicken. 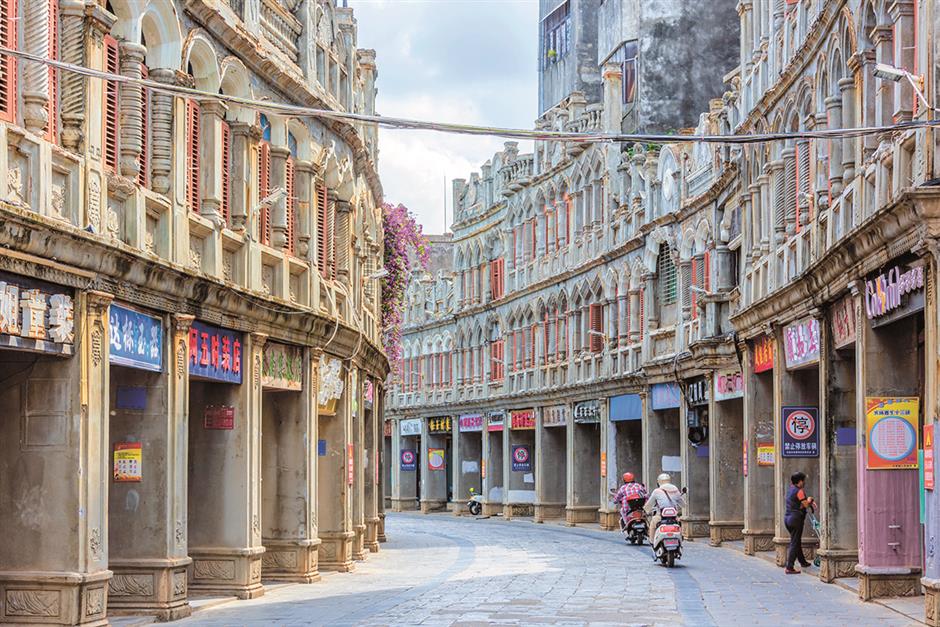 Special Reports
ADVERTISEMENT
On a tropical island wonderland, tourists on beaches gaze skyward
A festival of color blossoms on Wushan Hill
Beds empty, small innkeepers turn to stop-gap measures
Island-hopping among natural wonders in Taiwan
Little Liuqiu has it all: A dive into coral reefs and luscious seafood
Desert kingdom of contradictions is opening up tourism
Getting back outdoors: an elixir and chance to do a bit of sightseeing
Now is the time to get out to enjoy life
Jade Mountain represents Taiwan's spiritual fortress
The power of 5 to boost visitor numbers in Songjiang
EXPLORE SHINE