Look familiar? A town on the Yangtze that has hints of Shanghai

A Shanghai resident visiting Hankou, one of three towns that merged to form Wuhan, might be struck with a sense of déjà vu.

Indeed, walking through the riverside area of the town, there are so many similarities with Shanghai: a Bund-style esplanade, a shopping street reminiscent of Nanjing Road E. and smaller backstreets filled with historical buildings.

In 1861, Hankou opened as a commercial port under a treaty signed by the Qing Dynasty (1644-1911) with the United States and several European countries. The international settlements created under the treaty left many marks in the area, just as similar settlements did in Shanghai.

Hankou has long been one of the busiest areas of Wuhan, the capital of Hubei Province. The area is now slowly recovering from the coronavirus pandemic, with tourists encouraged to return. So what’s there to see?

Just as the Bund is on the must-see list of every visitor in Shanghai, Hankou Jiangtan shouldn’t be missed in Wuhan.

Located along the riverside of the Yangtze River, visitors can walk along the esplanade. The night views from the waterfront terrace are stunning.

However, there is one striking difference between Hankou Jiangtan and Shanghai’s Bund. On the other side of the Yangtze River in Wuhan, there is no glittering skyline similar to Lujiazui. But like Shanghai’s Oriental Pearl Tower, Wuhan has its iconic Yellow Crane Tower.

Yanjiang Avenue, the main thoroughfare in the Hankou Jiangtan area, has a dozen Western-style buildings, similar to the Bund. Their stories are the history of modern Wuhan. 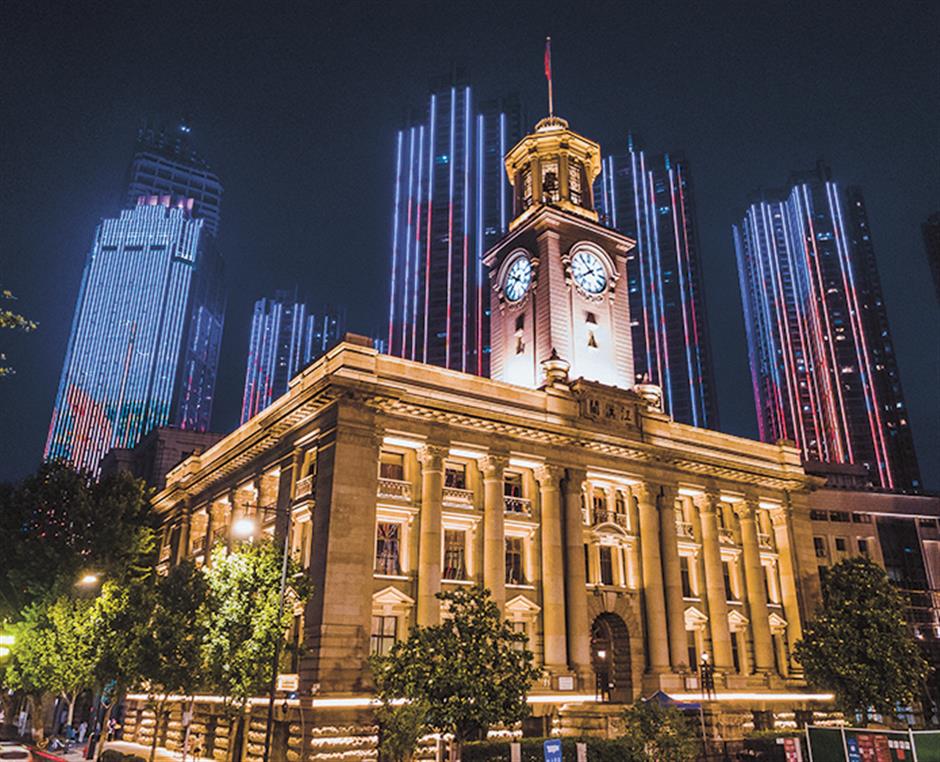 Hankou Customs House is an icon of the area.

Hankou Customs House is one of the landmarks on the avenue. Like its Shanghai counterpart, its bell tower sounds the hours. The Shanghai tower bell tune was changed to the revolutionary song “East Is Red” in 1966; the bell in Hankou has played “Westminster Quarters” since it went into operation in 1924.

The customs house has been turned into a museum, preserving the history since the port opened in the 1860s.

Near the customs house stands the Riqing Building — in fact, there was also a Riqing Building on the Bund in Shanghai, today known as 5 on the Bund. The Riqing in Hankou formerly housed a Japanese shipping company. Today, it is a hotel, with a distinctive Byzantine-style roof tower.

The streets and lanes

If you ask Wuhan locals to show you around in the city, they are very likely to take you a bit off the beaten path.

The guidebook favorite, Jianghan Road Pedestrian Street, isn’t their top choice. At the moment, it’s closed anyway for reconstruction work. But when open, the street can be a bit too touristy, just like Nanjing Road E. in Shanghai.

The road, which has been around about 120 years, is named after Li Yuanhong (1864-1928), a president during the Republic of China era. Li was nicknamed Lihuangpi because he was born in Huangpi in Hubei Province.

Though in the very center of Hankou, the road has remained a narrow backstreet full of Western-style buildings but no heavy traffic. Locals call the road an “outdoor museum.” 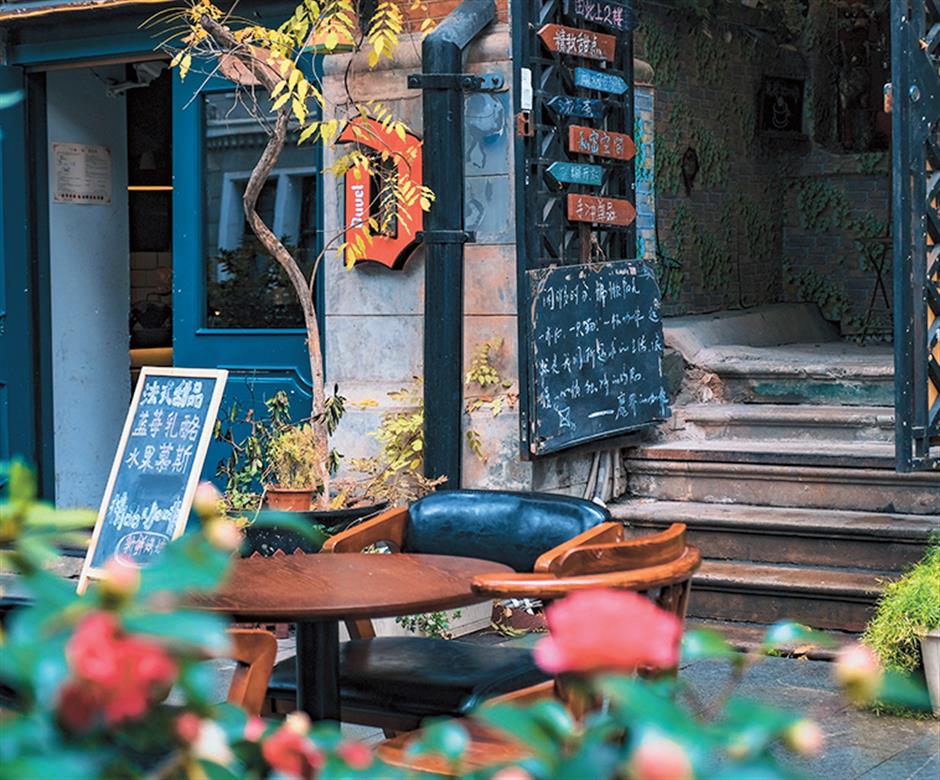 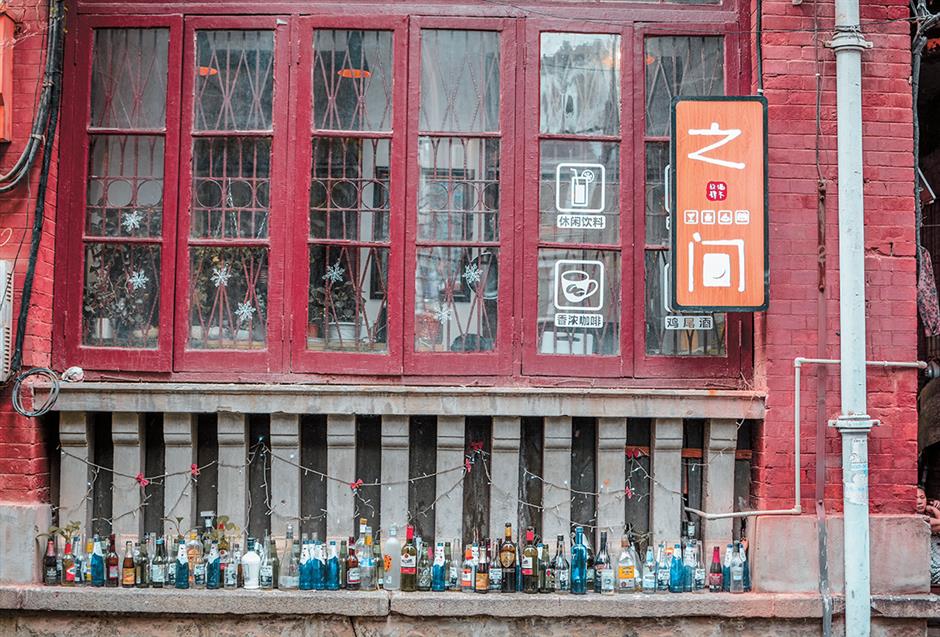 Bars and cafes along Lihuangpi Road and Taixingli lane are favorite weekend hangouts for young people in Wuhan.

The area around the road was designated as a Russian settlement in 1897. Its legacy includes 17 old Western-style buildings, a Russian-style Orthodox church and Bagong mansion — a Russian-style, red-brick apartment building that is believed to have once housed J.K. Panoff, a relative of Tsar Nicholas II.

The road is still home to many, and the street is full of vitality. Clothes line poles stretch out across the road from carved stone window frames, and façade rooms house small cafes, bars, handicrafts stores and bookshops.

The road is especially magical in autumn, when the gingko leaves turn gold. The carpet of leaves, the red brick homes and a bright blue sky can create a gorgeous setting.

Not far from Lihuangpi Road, a lane named Taixingli is a newly rising landmark in Hankou. Wuhan people call lanes lifen, akin to lilong in Shanghai. The parallels don’t end there. A Shanghai businessman invested heavily in Taixingli in 1907, and, yes, there is a Taixing Road in Shanghai, which was built in the same era.

Wuhan has more than 100 lifen, most of them are on the backstreets of Yanjiang and Zhongshan avenues. Young artists have particularly favored Taixingli. It’s become a bit of an artsy backstreet.

Wall art is common, and some façades and doors are colorfully painted like those on Burano Island of Venice. Behind a dark doorway, there is often an art gallery or pottery workshop.

Accompanying the artistic environment are small bars and cafes. After all, no one can miss afternoon tea in a 100-year-old house, complete with resident cats, old movies and even an occasional acoustic guitar performance by the owner.

Gude Temple is a curious mix of East and West, combining Western-style buildings and a Buddhist nunnery. That may make it unique in China, if not maybe the world.

The main building of the temple is called Yuantong Hall. It has a Greek-style corridor, Islamic-style domes and Gothic-style rose windows. Sculptures of lions, elephants and peacocks — all sacred creatures in Buddhism — adorn the columns and walls. A statue of Thai Phra Phrom in front of the hall completes the melting pot. 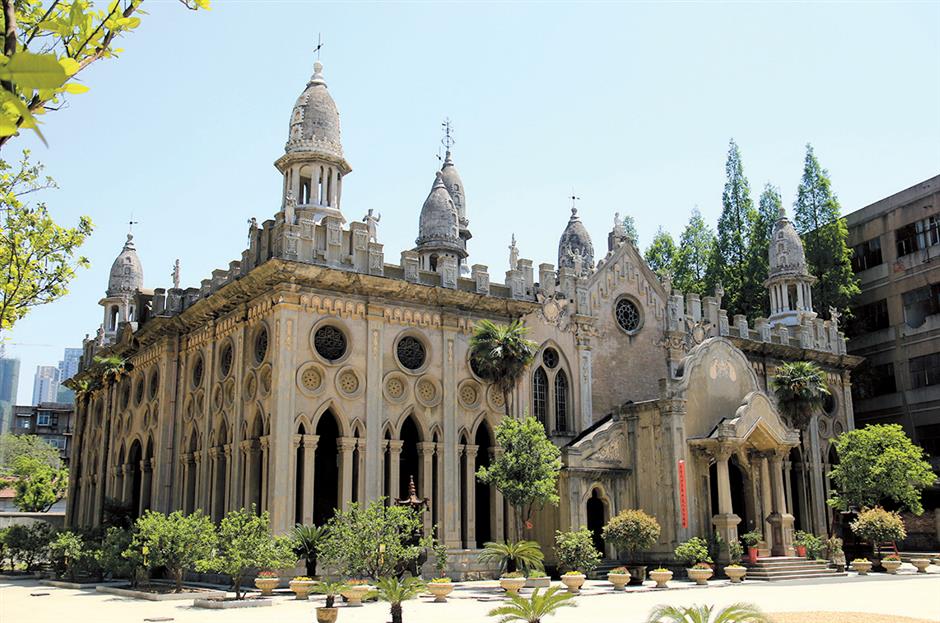 Gude Temple looks nothing like a Chinese Buddhist temple.

Some believe that the designer was inspired by the Ananda Temple in Myanmar, a grand Buddhist temple built in 1105, but actually Gude Temple looks more like a simplified Notre-Dame de Paris.

There are few written records of the history of the temple, other than that it was called Gude Thatched Shed when it was built in 1877. The site expanded twice in the early last century. Who designed the temple remains a mystery.

In fact, stories passed down about the temple mostly revolve around its key role in the Wuchang Uprising, which led to the revolution that overthrew the Qing Dynasty and the establishment of the Republic of China.

During the uprising, monks and nuns helped hide revolutionaries, and a vegetable plot behind the temple became a temporary graveyard for the martyrs. In 1914, Li Yuanhong renamed the shed Gude Temple and wrote a name plaque for it, which still hangs at the gate today.

The temple was severely damaged during the “cultural revolution” (1966-76). It later was used as a camera factory and even a crematorium, until it was restored as a Buddhist nunnery in 1986. 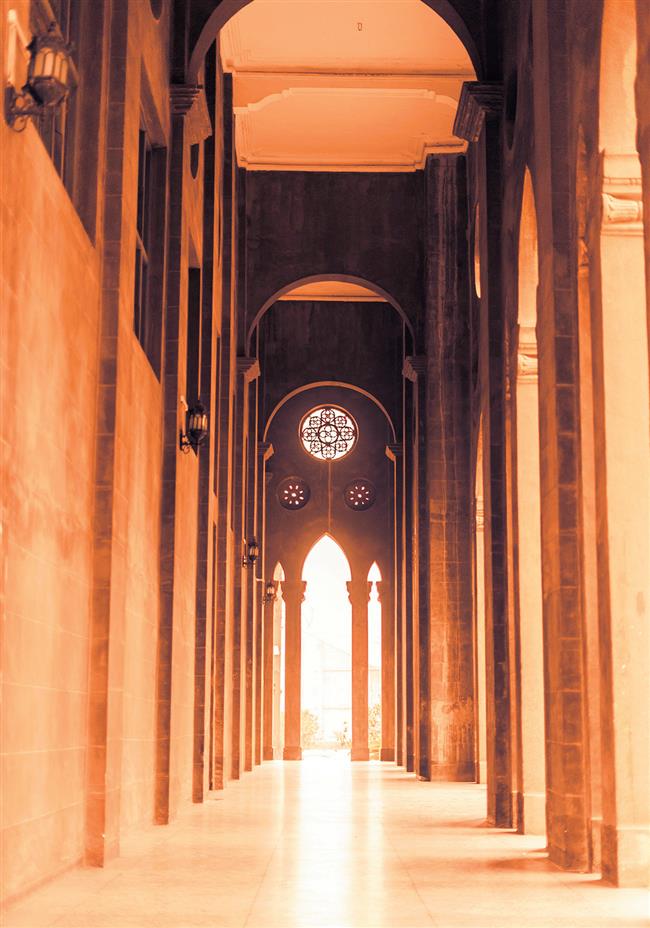 The corridor of Gude Temple resembles a Christian cathedral.

﻿
Special Reports
ADVERTISEMENT
Look familiar? A town on the Yangtze that has hints of Shanghai
A bike, a dream and gritty resolve. The odyssey begins
No need to travel far. Great outings are found in our own backyard
Wander among #Instaworthy spots in Penghu
On a tropical island wonderland, tourists on beaches gaze skyward
A festival of color blossoms on Wushan Hill
Beds empty, small innkeepers turn to stop-gap measures
Island-hopping among natural wonders in Taiwan
Little Liuqiu has it all: A dive into coral reefs and luscious seafood
Desert kingdom of contradictions is opening up tourism
EXPLORE SHINE