Discover Chinese version of 'Last Supper' in a Taiwan church 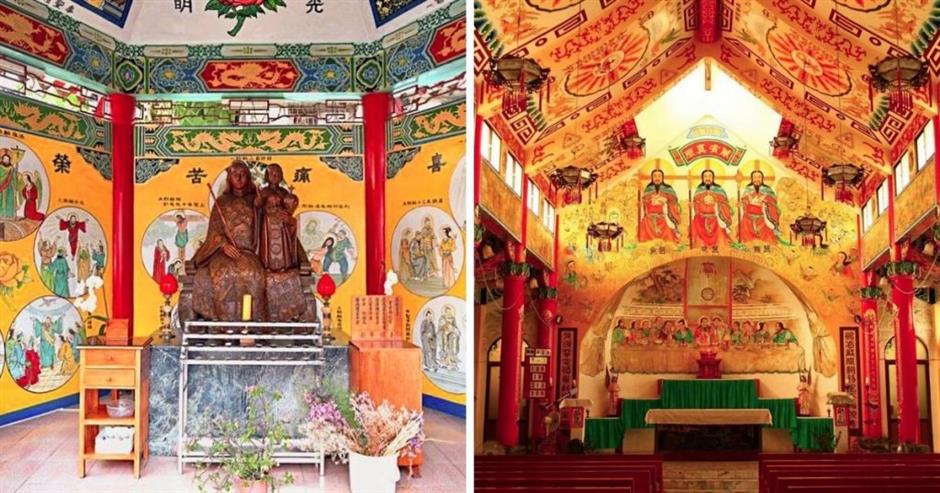 A seemingly usual Catholic Church in Taiwan, boasting a bold mixture of Western elements and Chinese culture, has recently created a buzz on social media.

One could inadvertently walk pass Holy Trinity Church in Yanshui, Tainan, assuming it to be a Taoist temple that is ubiquitous in the area. Yet, be prepared to be flabbergasted when you enter the church.

Built in 1986, the church is filled with Chinese-style decorations and murals. 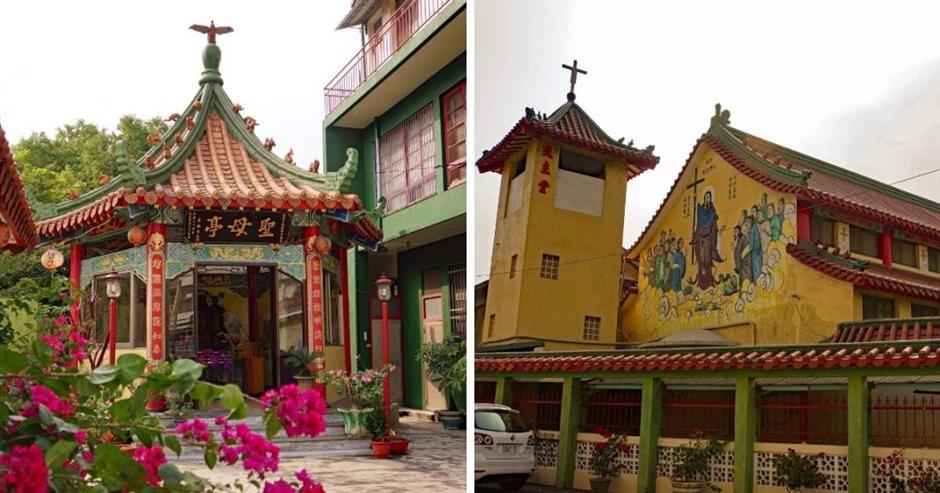 The church looks like a Taoist temple from outside.

The church is swathed with vibrant red, which is deemed as an auspicious sign in the Chinese culture.

The interior design is as colorful as most Buddhist and Taoist temples. A mural depicting the Trinity also bears much of a resemblance to Chinese buddha.

There is a large incense bowl in front of the altar, where prayers place incense sticks. 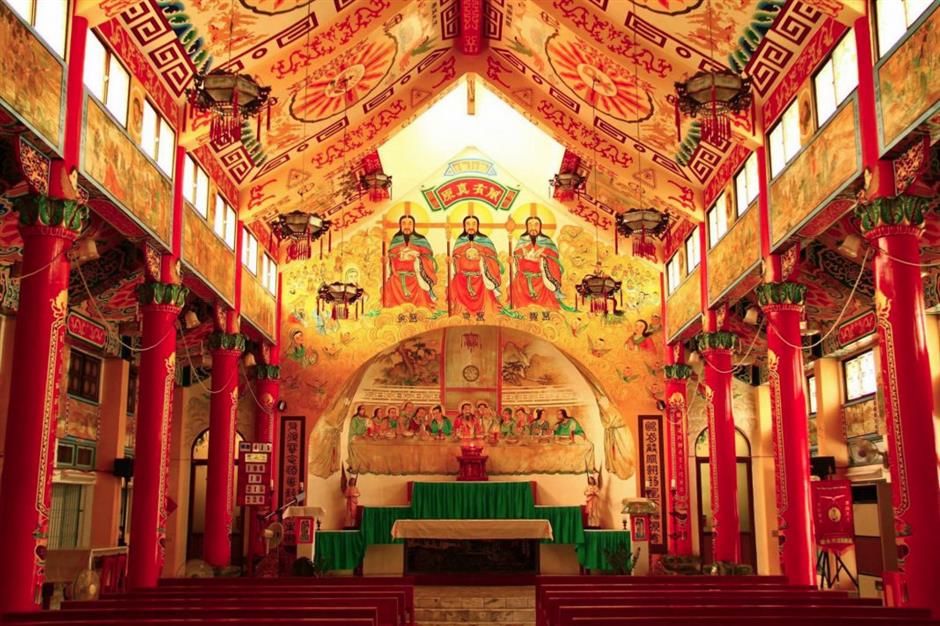 The church is swathed with red, which is deemed as an auspicious sign in the Chinese culture.

The wildest and mind-blowing combination of Western and Chinese cultures in the church is the mural of “The Last Supper.”

The church demonstrates that creativity has no boundary and that there’s no standard and limitation when it comes to aesthetics and cultural mix. 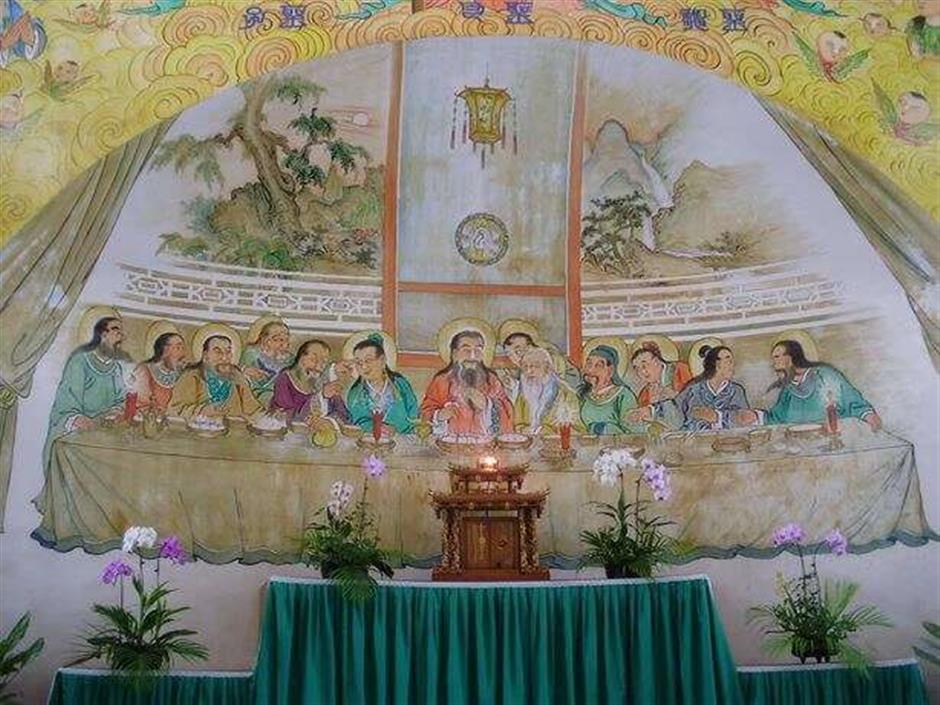 The Chinese version of "The Last Supper" in the church