Holiday bummers: the overrated and the underwhelming

You open a travel guidebook full of stunning photos, tantalizing descriptions and glowing reviews. What could be more perfect? You happily pick up your luggage, board a plane or train and head off to your dream holiday destination ...

But not everything is always as it seems. Unlike the fawning guidebook recommendations, some destinations end up being rather tatty, impossibly crowded, overly commercialized or disappointingly expensive.

Developed by DT Finance, an Internet data collector and analyzer, the report collates public comments from Chinese mainstream social media websites and online forums, extracting keywords to find the 20 cities and scenic spots in China drawing the most complaints.

“Most of our data was collected from Zhihu and Hupu, where more than 2,000 comments are available on topics such as ‘Which is the most disappointing sightseeing destination in the country?’ or ‘Are there any scenic spots that you wish you’d never visited?’” DT Finance said in the report.

Top of the list is Gulangyu, an island in the city of Xiamen in southeast China’s Fujian Province. It was followed by various “ancient towns” and “old streets” around the country. Other popular destinations, such as the Terracotta Warriors in Xi’an and West Lake in Hangzhou, also made the list.

In guidebooks, Gulangyu is often described as a “garden by the sea.” The island’s official website boasts a “nice climate that feels like spring in all seasons” and an absence of traffic. It extols the fragrance of flowers and the sounds of birdsong. And, finally, it notes that this island of cultural diversity dating back more than a century is included on the UNESCO World Heritage List.

Some people who have visited the island say it is overrated and underwhelming. One of them is Shanghai white-collar worker Li Shuiqing, who went to Xiamen with her family last year, before the COVID-19 epidemic hit.

“To be honest, Gulangyu didn’t meet my expectations, maybe just because of its extreme popularity,” Li said. “The ferry terminal was like a railway station right before the Chinese New Year. And when you get off the boat, you just arrive in another wave of crowds. People everywhere. That made it hard to enjoy the island at a slow pace.” 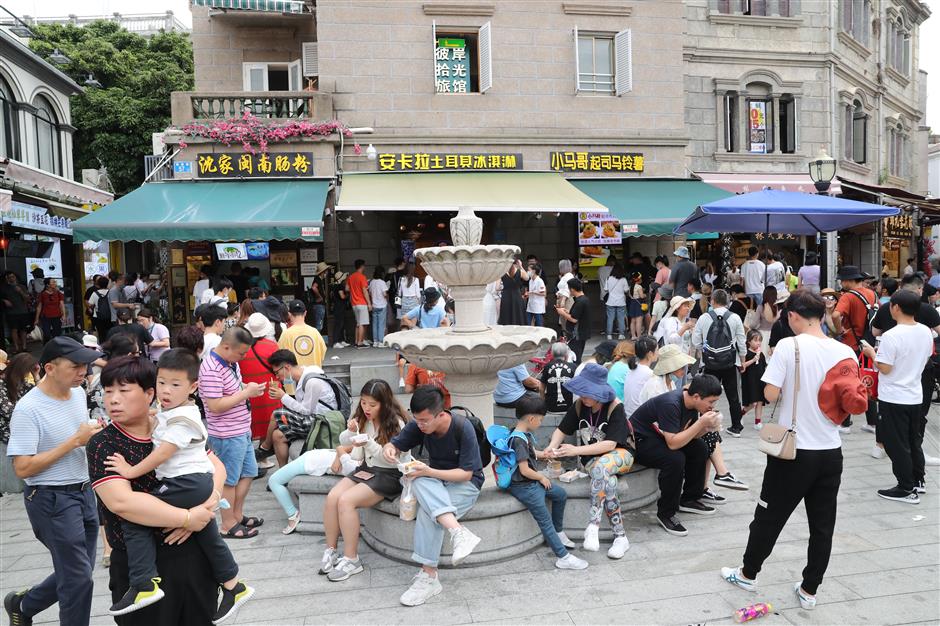 Car-free Gulangyu Island makes up for a lack of traffic with crowds of people. The island, called a “garden by the sea,” tops a recent list of disappointing scenic spots in China.

“Most of the stores and snack bars sell more or less the same souvenirs or food, which reminds you repeatedly that it is a commercial scenic spot,” Li said. “Furthermore, the food there was more expensive than elsewhere in Xiamen, but it doesn’t taste any better.”

Even Xiamen local Jane Yeh admitted that Gulangyu isn’t what it used to be.

“I remember a Gulangyu that was romantic and relaxing, with street musicians playing guitars and singing,” she said. “Walking around the town while munching on a corncob used to be my favorite thing. Nowadays, I am still willing to spend an afternoon there with family and friends, but I have to admit that it feels different now.”

The same complaints about tourist traps are aired when it comes to “ancient towns” and “old streets.”

The DT Finance report listed the most “liked” comments on the issues. They included: “Almost all the ‘ancient towns’ are disappointing,” and “the ‘historical cultural streets’ should actually be called ‘snack streets’ because there is neither ‘history’ nor ‘culture’ there.”

The Fuzimiao (Confucius Temple) area in Nanjing, Huimin Street in Xi’an, Kuanzhaixiangzi (Wide and Narrow Alley) in Chengdu and Hubu Alley in Wuhan all come with glowing recommendations in guidebooks, but they, too, made the list of the 20 most disappointing venues on the list.

“If the old towns were just crowded, I’d be okay with that, but the buildings in some of the ancient towns are not ancient at all,” Li said. “At first sight, it’s easy to see they are replicas built recently. There might once have been authentic towns in these locations, but if they’re gone, they’re gone. Building a new one and telling visitors it’s an ‘ancient town’ is kind of trolling.”

Meanwhile, the Terracotta Warriors in Xi’an made it to the list for entirely other reasons. Netizens said they think the famous warriors are boring because they look the same as they do on TV. A common refrain is: “You can have only a glimpse of them from above, and it’s impossible to see them up close.” 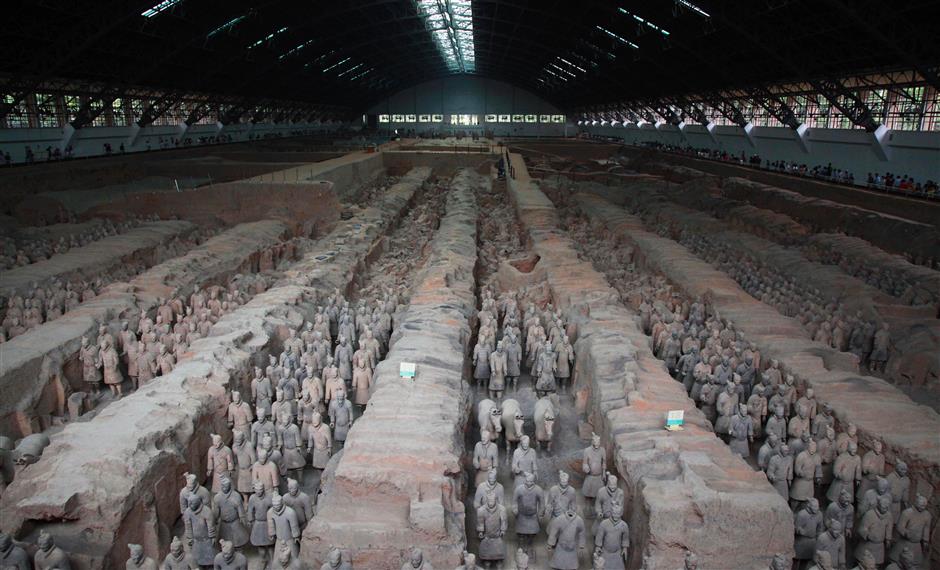 Tourists complain that they can get only a glimpse of the Terracotta Warriors in Xi’an, capital of Shaanxi Province, from far above.

People also complained about a “terracotta warrior trap” in Xi’an. A netizen with the screenname Cuiyong shared his experience visiting the city during the recent National Day holiday.

“The Terracotta Warriors museum is in Lintong District of Xi’an, and we decided to take a bus there,” he wrote. “The bus stop was crowded with tourists, and a man came up to us and said: ‘It takes two hours to get to the museum on the bus, and I can drive you there in half the time.’”

So Cuiyong agreed. Forty minutes later, he ended up at a shabby place called “World’s Eight Wonders Museum.” The museum, which had a 40 yuan (US$5.60) entry free, exhibited nothing but shoddy replicas of terracotta warriors, Egyptian mummies, ancient Greek temples and plastic fish.

Cuiyong was not the only one who fell into the trap. Such complaints started three years ago, when a netizen with the screenname Vigor Mianmianxiong shared how she managed to dodge three traps when sightseeing in Xi’an. Her post received more than 4,000 comments and nearly 10,000 reposts on Weibo, in which people posted pictures of fake terracotta warriors they were taken to see.

While the complaints list struck a chord with most people, some begged to differ.

Liang Zizi, a landscape architect, agreed with other criticism on ancient towns and old streets, but she said some destinations were wrongly maligned.

“Take West Lake for example,” she said. “As a landscape architect, I once spent months at West Lake. It’s true, there are often many visitors, but if you go when there aren’t, the views are splendid. If you really want to appreciate it, you need to learn to pick the right time, such as early morning or after dark. Then you’ll see a very different West Lake from that seen during crowded national holidays.”

Liu Zaoqi, a programmer and data analyst, said that a more detailed analysis of tourist data shows that tourists who complain about unpleasant experiences are usually referring to services, food, long lines or admission fees at venues, but they tend to give a more positive evaluation of the scenic spots themselves.

“Take Gulangyu for example,” he said. “I looked at data from hundreds of thousands of reviews posted on online travel services, and I found that the most mentioned keywords are: ‘not bad’ and ‘good scenery.’ The most mentioned negative word is ‘expensive.’ It is the same with West Lake and the Terracotta Warriors.”