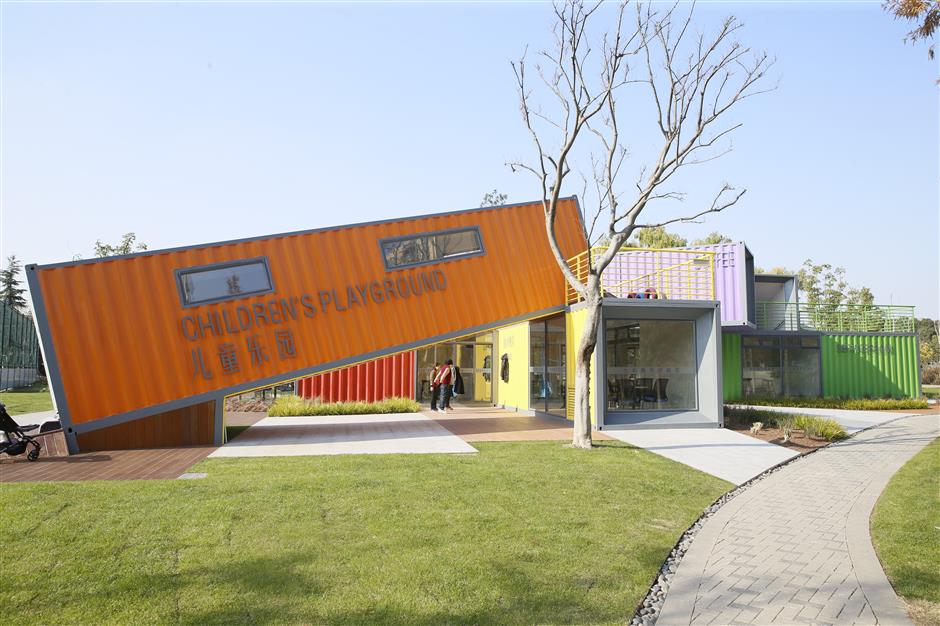 Colorful containers in innovative combinations can be seen at Fangsong Sports Park in Songjiang District.

Fangsong Sports Park in Songjiang District opened recently after a facelift featuring a batch of colorful containers in innovative combinations.

The sports park, encircled by Tongyue Road, Jiasong Road S., Xinsongjiang Road and Wenxiang Road, covers an area of 52,991 square meters. Inside the park there is an 800-meter ring-shaped greenway, a playground, cherry trees and a lawn.

During the recent facelift, a batch of colorful containers, like Rubik cubes, had been added into the park. An entrance and some sculptures were also newly built near Xinsongjiang Road and Wenxiang Road.

Though it is winter with low temperatures outdoors, quite a number of people are going for walks along the greenway, playing on the lawn, or doing exercises on riverside platforms.

“When I passed the park several days ago, I was attracted by the rainbow colored containers. So today, as the weather looks nice, I brought my child from the old Songjiang downtown area here to take a look,” said Lu Danye, a Songjiang resident.

“In the past I walked to the central park several blocks away to do exercises. But since the reopening of the sports park, I visit it three times a day and walk around the greenway for several rounds,” said a visitor surnamed Peng who lives at Wenjingyuan residential area.

“After the park’s facelift, we have more greenery. So when I was doing tai chi in the park, I breathed cleaner air,” said a visitor surnamed Zhang.

“We’ve recently planted 2,200 square meters of tulips of more than 10 varieties. When spring comes in March and April, the tulips will blossom into red, purple and yellow flowers,” said an official with the Songjiang Landscaping and City Appearance Administrative Bureau.

In addition, ornamental plants including St John’s Wort, snowballs and camellia sasanqua were also added to the park. Perennial ryegrass, a winter evergreen, and Bermuda grass, a summer evergreen, have been planted in the park to ensure coverage of basic greenery. 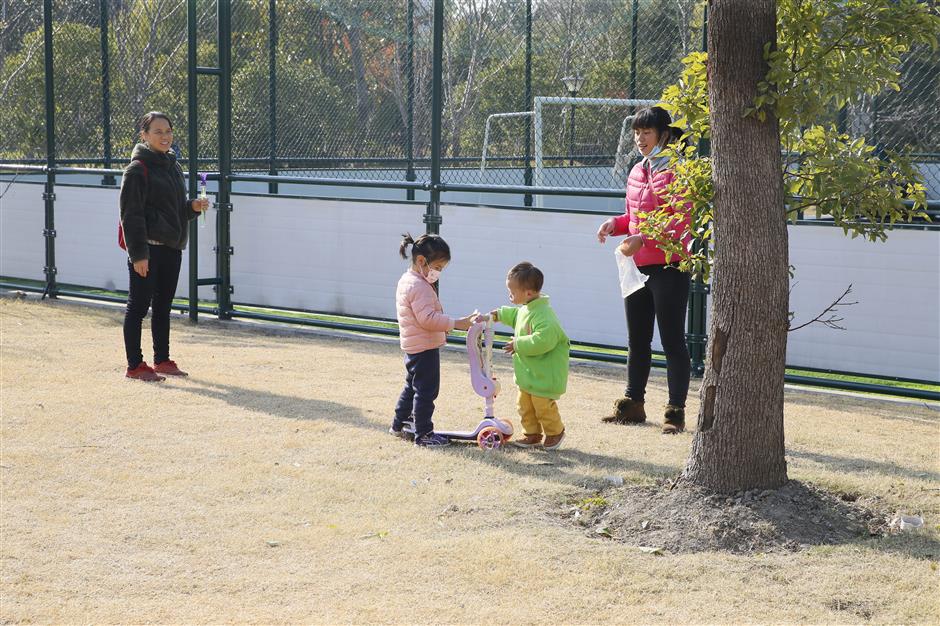 Residents play inside Fangsong Sports Park after its facelift.

How to get there: Take Metro Line 9 to Songjiang New Town Station, exit from Gate 1 and walk about 1.1 kilometers to the park.

﻿
Special Reports
ADVERTISEMENT
61771
,
Rainbow colors among sports park's green
What's on in Songjiang District in January
Western-style villas from a bygone era in Shanghai
Yuhang policy bears fruit in tea culture
An ancient king who carried cultural secrets to the grave
Old train stops at Dongxia to recall the good old days
As tourist stops go, one village is a different kettle of fish
Sanya a tropical paradise packed with scenic delights
Suzhou: an autumn paradise 'where dreams come true'
'Tis the season to venture out and relish 'the year's last, loveliest smile'
EXPLORE SHINE