New look and a new life for the old street 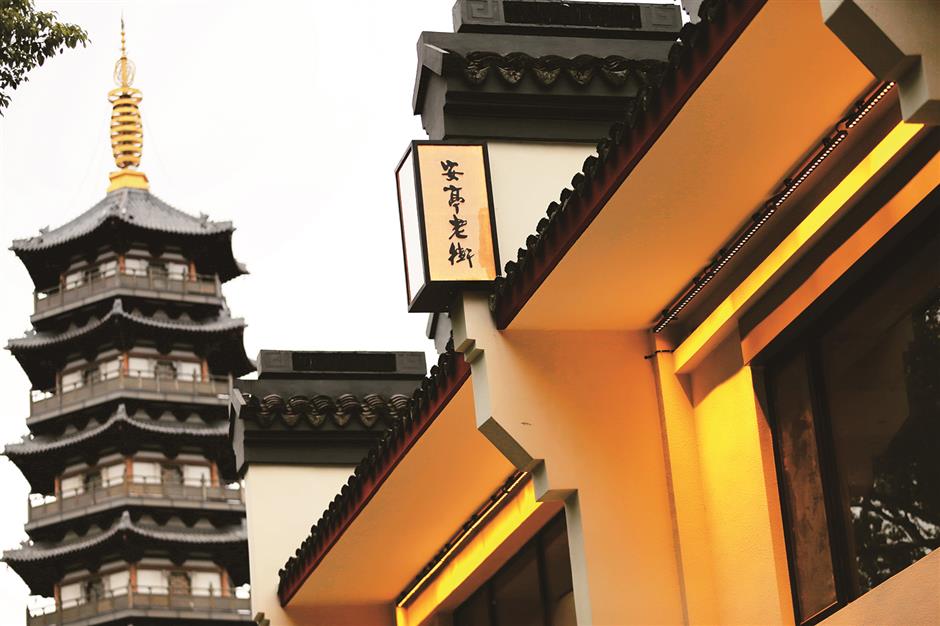 At night, all the activities and displays in the houses, supplemented by lights from the inside out, can make the night scene of the old street become more vivid, and the dynamics more playful on Anting Old Street.

"It feels familiar and strange,” many residents in Anting Town said.

Phase I of the Anting Old Street reconstruction project has been completed.

After nearly 12 months of close-door renovation, the old street is open to the public again. Walking on the street’s stone slab road, many people are surprised to find that although it has a new look, there are many places that continue its legend.

At present, 11 retail brands have decided to move in to open stores. It is estimated that a total of 30 brand merchants will launch businesses in the future, mainly in catering, cultural innovation or new retail.

“It’s not a simple repair of the original houses, nor is it a change of a number of retailers,” said Jia Zhengyang, design director of the renovation project.

“There are many ginkgo leaf patterns adopted here, dressing up public facilities, such as the street light poles and the walls!” said a little girl surnamed Wang. The old street was full of “ginkgo leaf” elements which attracted her attention. The girl and her family are residents in Anting. They visited the old street after the reconstruction.

Also on store windows, on light boxes and on signboards, the “ginkgo leaves” exude warm yellow light and are integrated with the overall style of the old street, soft and friendly.

“Assuming that the urban renewal is just a simple renovation, renting the space to the retailers, the renovation is unnecessary,” he said. Jia believes that the change of people’s consumption concept is obvious now, and they are willing to pay for a quality experience, so the commercial transformation in urban renewal must take into account the experience of different groups, particularly their feelings.

Jia, from a local design firm, has been engaged in urban renewal design for many years. He has focused on people’s feelings since the renovation project was unveiled.

“The purpose of transformation must be ‘new,’ but also ‘old,’” Jia said.

Anting Old Street has a long history. As early as in the Three Kingdoms period (AD 220-280), Bodhi Temple was built there. From then, villagers gathered around it, and it gradually became a town with Yong’an Tower, Yansi Bridge and other historical sites.

“In this renovation project, we do not want to break the cultural context of the Anting Old Street, but hope to continue its existing history,” Jia said. Therefore, the long-standing horse head wall has been preserved.

“Horse head wall may not be a part of the architectural features of Jiading, but its existence can revive the memory of the nearby residents of the old street,” Jia said. 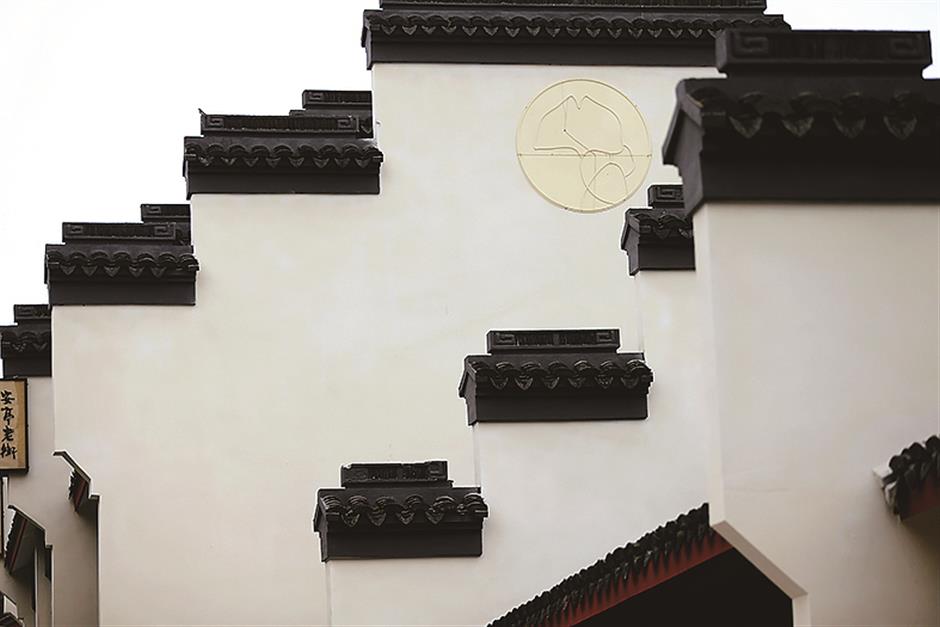 The horse head wall on Anting Old Street featuring white walls and black tiles with a pattern of ginkgo leaf is well-preserved. The walls revive the memory of the residents who live around the old street.

In creating the style of the whole block, Jia gave up the original pattern of the old street. For example, the windows and doors with a strong local flavor were replaced by huge French windows, and there are other colors adopted.

“You can see that we have made a very big change in the permeability of doors and windows.” Jia said that the purpose of doing so is to display the space and content of the houses as much as possible.

Particularly at night, all the activities and displays in the houses, supplemented by lights from the inside out, can make the night scene of the old street become more vivid, and the dynamics more playful, Jia said.

“The old street has become a wanghong (Internet celebrities) site for both tourists and nearby residents,” said Wang Zhi, a local resident, taking a selfie outside a Starbucks store on a recent Sunday walk.

“This Starbucks store has a unique flavor, with Anting’s characteristics in it,” Wang explained to her friends while taking photos. The facade of the coffee shop is designed with the pattern of the ginkgo leaf. Coupled with the antique architectural appearance, it seems that it has become the “star” of the whole street.

Jia said the 1,200-year-old ginkgo tree in Anting gave him inspiration, so he decided to use the pattern of the ginkgo leaf in different forms as an element of the design of Anting Old Street.

“We do a lot of research in the early stage. In addition to automobiles, we also want to give Anting a brand new cultural symbol,” Jia said. 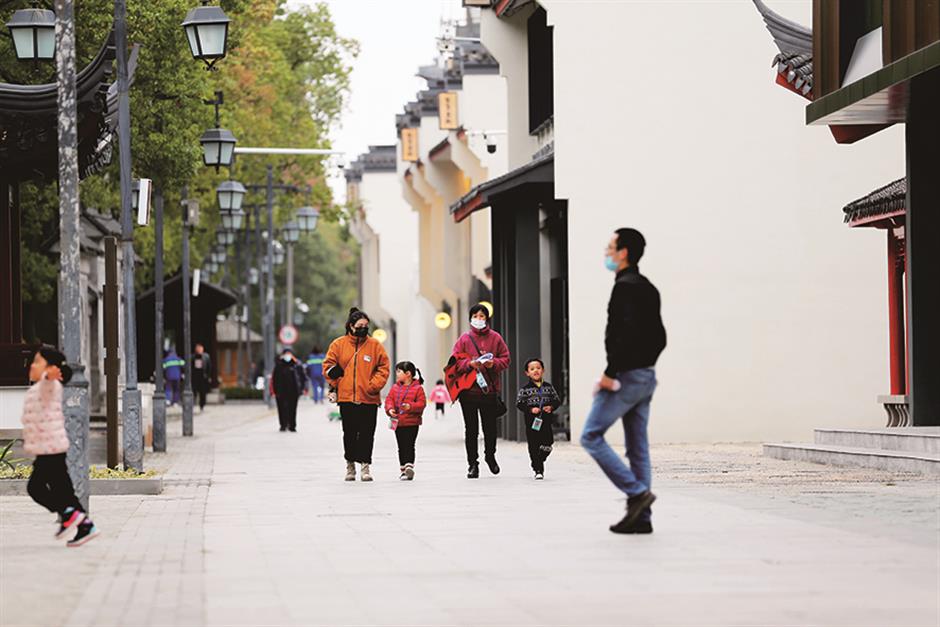 Visitors take a walk on the renovated Anting Old Street. Now, the old street has become a must-go wanghong place.

Special Reports
ADVERTISEMENT
61763
,
New look and a new life for the old street
Let an umbrella be your smile! A town with plenty to be happy about
Rainbow colors among sports park's green
What's on in Songjiang District in January
Western-style villas from a bygone era in Shanghai
Yuhang policy bears fruit in tea culture
An ancient king who carried cultural secrets to the grave
Old train stops at Dongxia to recall the good old days
As tourist stops go, one village is a different kettle of fish
Sanya a tropical paradise packed with scenic delights
EXPLORE SHINE