It's time for tea at the Du Family Residence 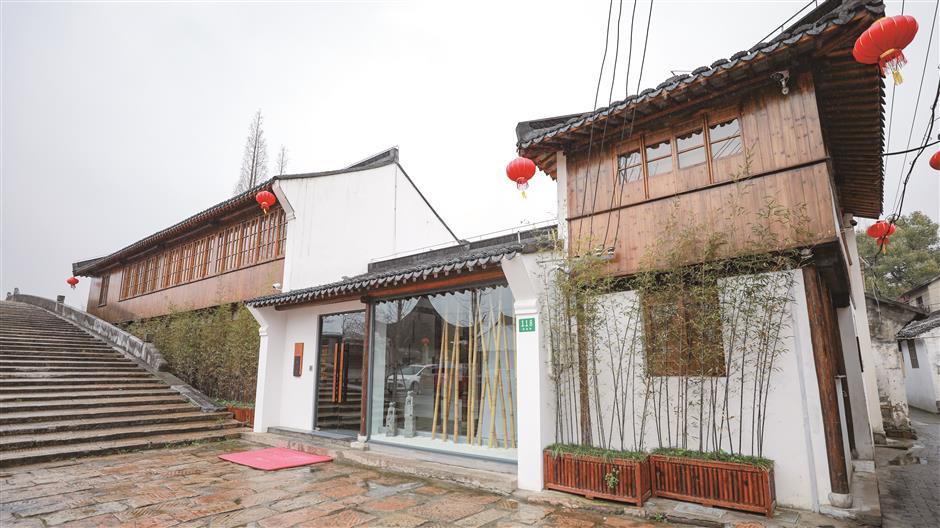 The Du Family Residence in Xiunan Street is now a tea house. 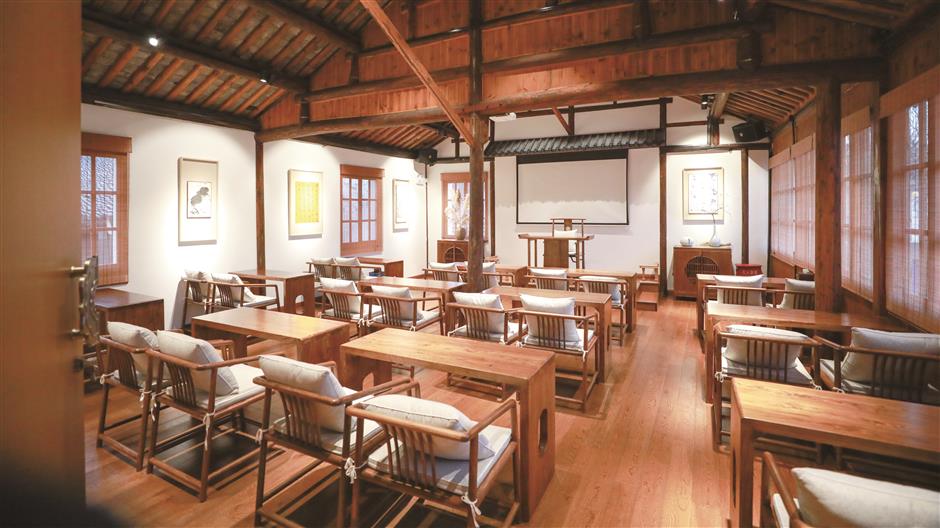 On the second floor of the north building there is a storytelling room with 24 seats.

The Du Family Residence in Xiunan Street of Cangcheng Old City in Songjiang District has recently been transformed into a tea house where visitors can also watch storytelling performances.

The name of the tea house, Ti Hu Zuo (醍醐坐), sounds similar to ti fu (提福), which means customers can bring blessings from here back home.

In the Ming (1368-1644) and Qing (1644-1911) dynasties, Cangcheng Old City used to be the nation’s biggest tribute grain storing center and the starting point of water transportation of grain to the capital. Meanwhile, the place also had a cluster of tea houses and storytelling houses.

All the tea houses were closed in succession before the liberation of Songjiang in 1949. In 1952, a Shenji Tea House opened to the south of Dacang Bridge. Soon afterward, two additional tea houses opened north of the bridge, where people could also enjoy watching storytelling performances.

“The Du Family Old Residence is a cultural relic in Songjiang. Its south and north buildings, within a distance of only 0.8 meters, were built in the late Qing Dynasty,” said an official with the Cangcheng Old City Development Office.

On the second floor of the north building there is a storytelling room with 24 seats. In addition to pingtan performances (storytelling and ballad singing in Suzhou dialect) and the local nongminshu performance (storytelling in Songjiang dialect accompanied by cymbals), the tea house will also launch book reading clubs and tea-making lectures.

How to get there: Gate 3, Zuibai Pond Park Station, Metro Line 9; then take Songjiang No. 13 bus to Shanghai No. 4 Social Welfare Institute Station; walk to the destination guided by your mobile positioning app.

Special Reports
﻿
61771
,
It's time for tea at the Du Family Residence
Just an hour from the city center, the graceful elder sister …
Xinjiang travel vlog: Andy checks out the capital city, Urumqi
Xinjiang travel vlog: Andy checks out the ancient city of Kashgar
Obscurity lends magical charm to an old villa garden
Restored admiration for Zhu family in Songjiang
An island park so close to downtown but still obscure
Hangzhou enticing non-natives to stay put over holiday
New look and a new life for the old street
Let an umbrella be your smile! A town with plenty to be happy about
EXPLORE SHINE