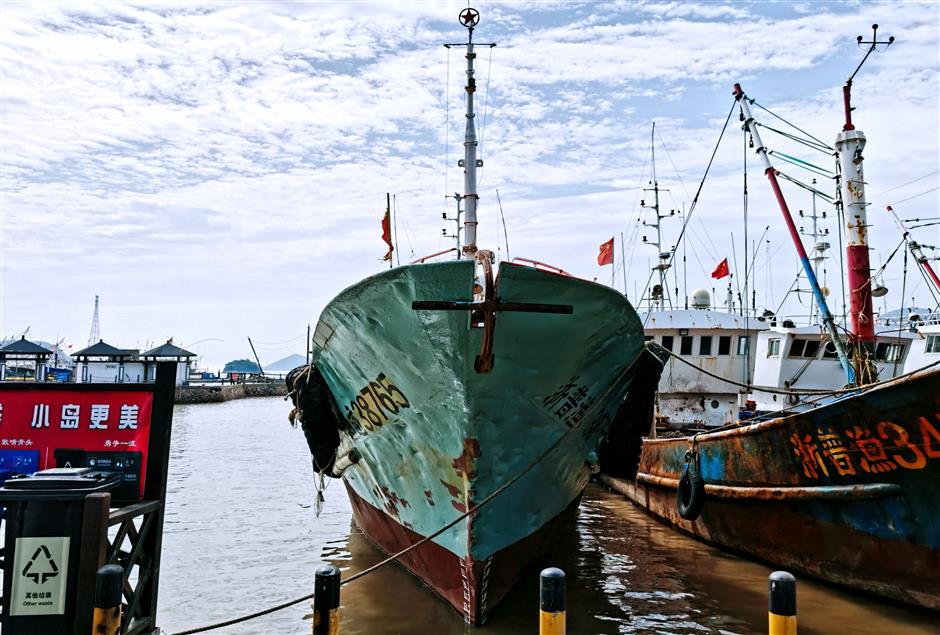 "The night of the home port is quiet / the waves shake the warship gently / the young sailors are resting their heads on the waves / they smile sweetly in their dreams..."

"A Night at the Naval Port" was all the rage decades ago, and the lyrics of the once popular song were inspired by a night its author Ma Jinxing spent on Mayi Island.

With a land area of less than 3 square kilometers, Mayi Island is located in the southeast of the Zhoushan Archipelago. Mayi in Chinese means "ant," because the island looks like an ant.

Life on the island was very tough. Before 1949, Mayi only had slightly more than 40 hectares of farmland. Most residents made a living from sweet potatoes, and the rest filled their stomachs with wild vegetables and grains.

In the earlier days after 1949, the islanders depended on offshore net fishing, and were short of funds and materials to develop their island. They didn't ask for a single copper from the state, but decided to be self-reliant.

Residents once again turned their attention to the deep sea, and developed a pelagic fishery, beckoning resources from the ocean.

In July 1953, Mayi's general Party branch decided to upgrade the island's business mode from offshore net fishing to the pelagic fishery. However, they couldn't afford a large fishing boat.

Women on the island spent three months producing 60 tons of straw ropes, and weaved fishing net with the ropes to catch jellyfish. The jellyfish were sold for 9,600 yuan (US$1,500), a huge sum at that time, in exchange for the island's first pelagic fishing boat.

After that, the islanders raised funds among themselves to buy a second boat – a big step toward the development of the pelagic fishery.

Relying on fishing, the islanders' lives changed dramatically. In 1955, many earned a monthly salary of 30 yuan – a high income at the time. 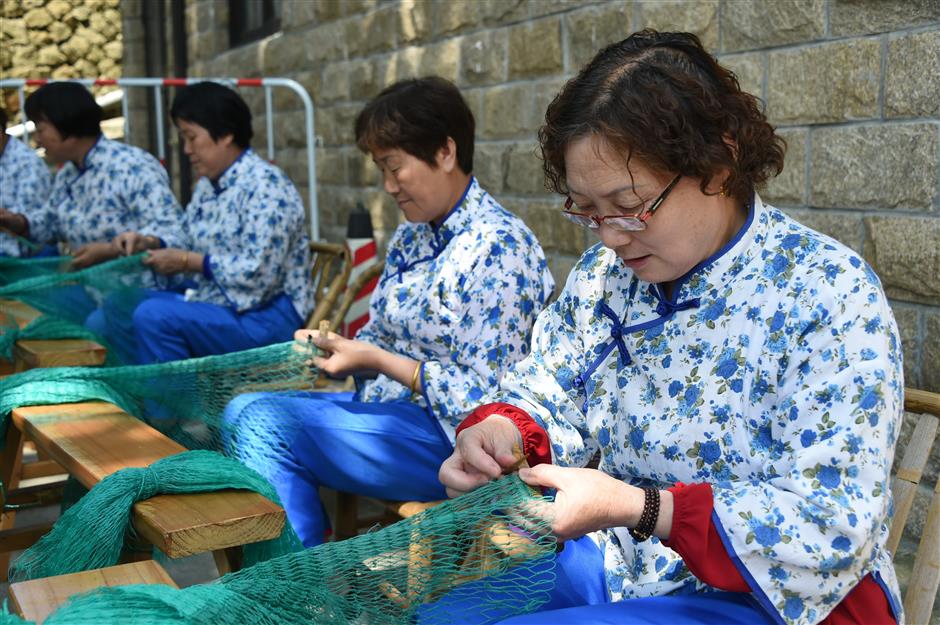 From small boats to big ones, and cooperative ships to their own, people on Mayi are getting richer and richer.

Li Hezhu, 71, is an islander whose family has been fishermen for generations, and is a witness and beneficiary of the changes on Mayi.

"It's different now! By fishing at sea, my son can earn more than 1 million yuan a year," Li said with pride while rubbing a straw rope.

The boat her family owns is getting bigger and bigger, and she enjoys a comfortable life. She hopes more people will learn about the early-day stories of rubbing straw rope.

The island once consisted of mainly rocks and sand, but now the roads are clean and adorned with plane trees. It has become an "ecological green island," with a forest area of nearly 120 hectares – a forest coverage rate that exceeds 70 percent.

In recent years, Mayi has taken the lead among the islands in the city of Zhoushan in implementing modern property management, as well as the practice of garbage sorting.

"In 2018, the company chose to build a factory on the island. In recent years, Mayi Island has changed a lot. The roads are clean, the environment is beautiful and more tourists are coming," said Huang Ruichang, head of the Yangfan Group's east coast shipyard,

From June 2018 to April of this year, the number of tourists who visited Mayi reached more than 500,000.

The island's rapid changes have attracted many non-natives to start businesses here. Li Feng from Anhui Province is one of them. In 2018, Li came to the island and opened a restaurant.

"Last year, we served more than 2,000 tourists. In peak hours, there could be more than 100 people eating at the same time. At the beginning, my wife and I worked together. Later, we recruited six more people to help us," Li said. "If you want to live a good life, you have to be not afraid of hardship and work hard by yourself."

Faced with poor lives, the people of Mayi didn't complain. They rose above their difficult lives, and changed their fate through their own hard work.

The story of "rubbing straw rope" is never out of date and continues to be told. The times are changing, but the Mayi spirit of working hard and striving for excellence will last forever.