Hangzhou's "red" tourism boom continues to heat up, and "red" tourist attractions have become popular recently on the occasion of the 100th anniversary of the founding of the Communist Party of China.

These sites that relate to the city's revolutionary past have been swarmed with people paying tribute to revolutionary heroes and cherishing history.

This hall honors about 20,000 martyrs dating back to the 1900s, including Qiu Jin and Xu Xilin. Every year during the Qingming Festival, people come to pay their respects. Yu Zisan was a revolutionary and member of the New Democratic Youth Society in the 1940s. He was in charge of the agriculture department of Zhejiang University and organized student movements. In 1947, he was murdered by a secret agent of Kuomintang reactionaries. 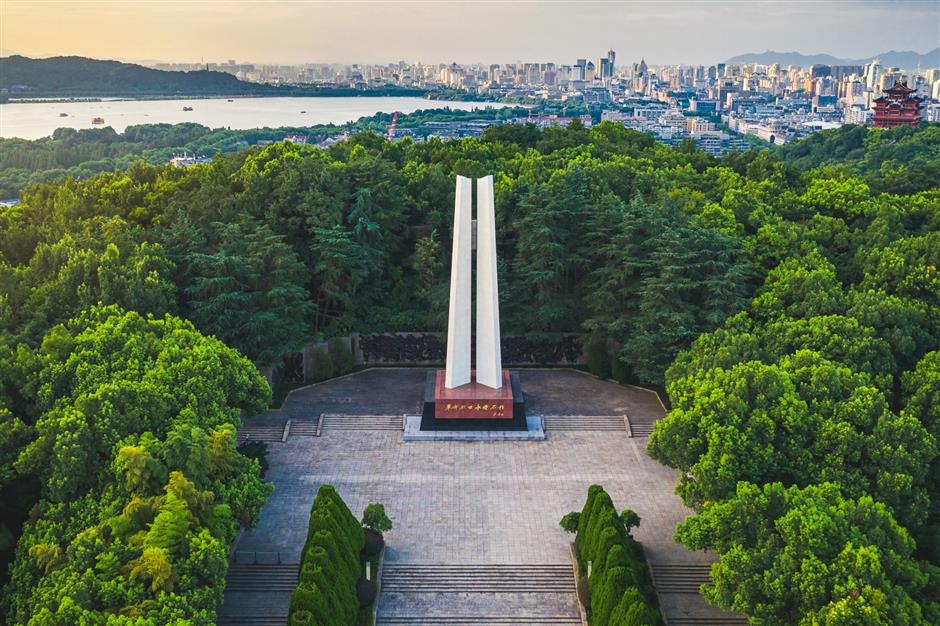 The museum has collected more than 5,000 documents and items related to the founding and development of the Communist Party of China's Hangzhou branch, about 600 of which are on display. Today, it is a vital window for CPC members to learn about the Party's history. 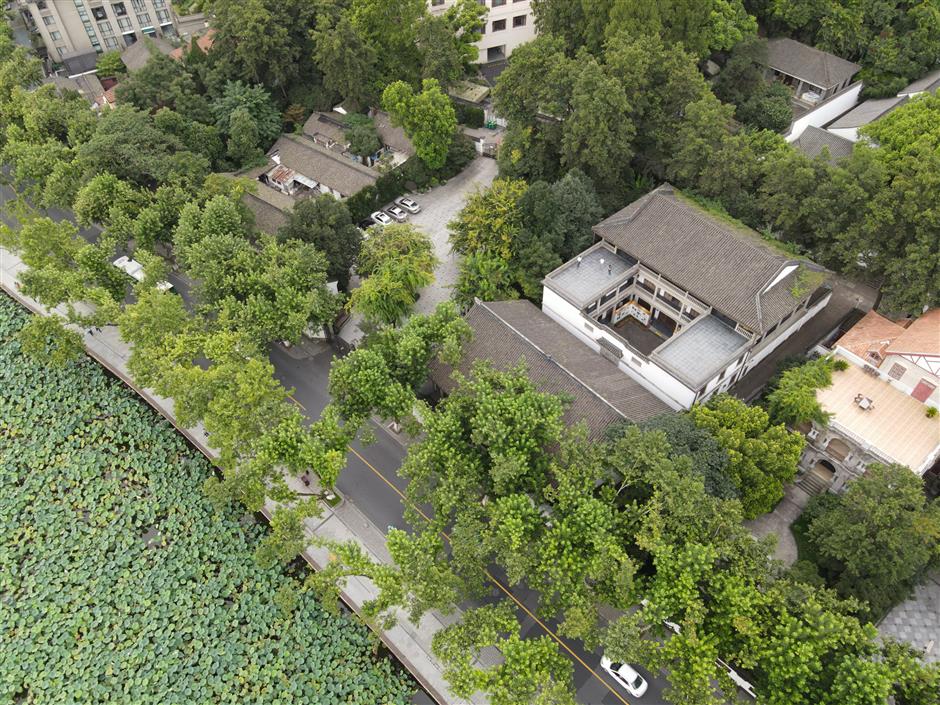 In 1936, Zhou Enlai from the CPC and Zhang Chong from the Kuomintang negotiated at Yanxia Cave, which heralded the beginning of the second cooperation between the Kuomintang and the CPC, a brief alliance during the War of Resistance against Japanese Aggression (1931-1945). 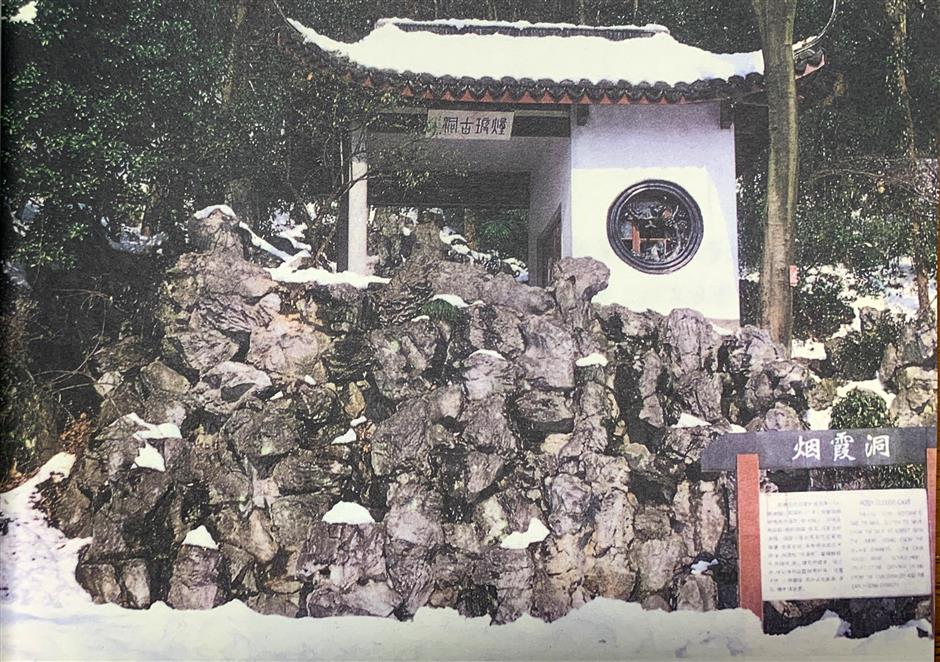 Shen Gancheng and Shen Leshan were workers for the Hangzhou Railway in the 1920s. In efforts to fight against warlords and safeguard railways, they organized labor movements and were murdered in the end. 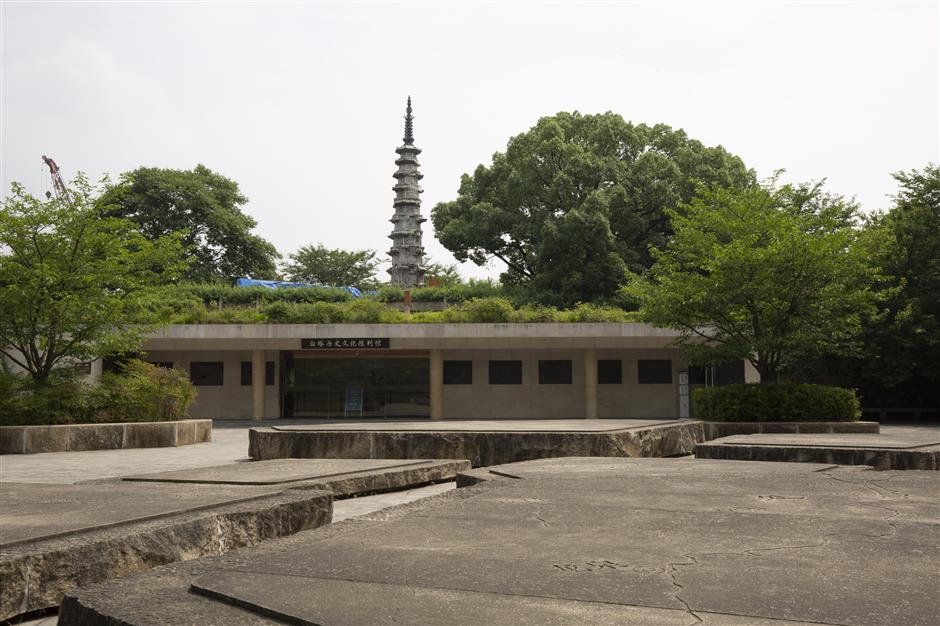 The 18-meter-tall monument was established next to the Qiantang River, a symbol of Hangzhou people's bravery and persistence in fighting for liberation. The hall displays historical archives and other items, emblematic of Hangzhou martyrs' huge war-time sacrifices.

May Ninth Bridge in Wuchang Town

The Hong Pavilion is a part of Xixi Wetland, and the bridge is located at the entrance of the pavilion. On May 9, 1963, Chairman Mao praised the official servants in Wuchang Town for their devotion. The town was so encouraged that it renamed the bridge May Ninth to commemorate the big day. 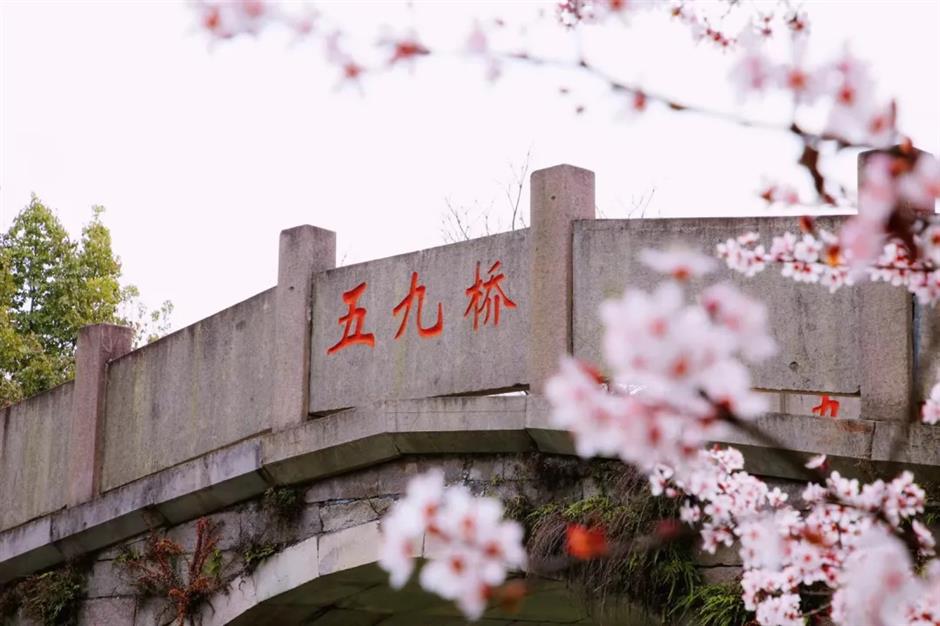 May Ninth Bridge in Wuchang Town

It was in Hangzhou that the first draft of the Constitution of the People's Republic of China was written. The building where Chairman Mao Zedong and the committee worked is now the 1954 Constitution Exhibition Hall. It is the first constitution-themed museum in China and aims to boost constitutional awareness in Hangzhou. More than 3,000 historical documents and objects are on display, giving visitors a glimpse into the background and development of the present-day constitution. 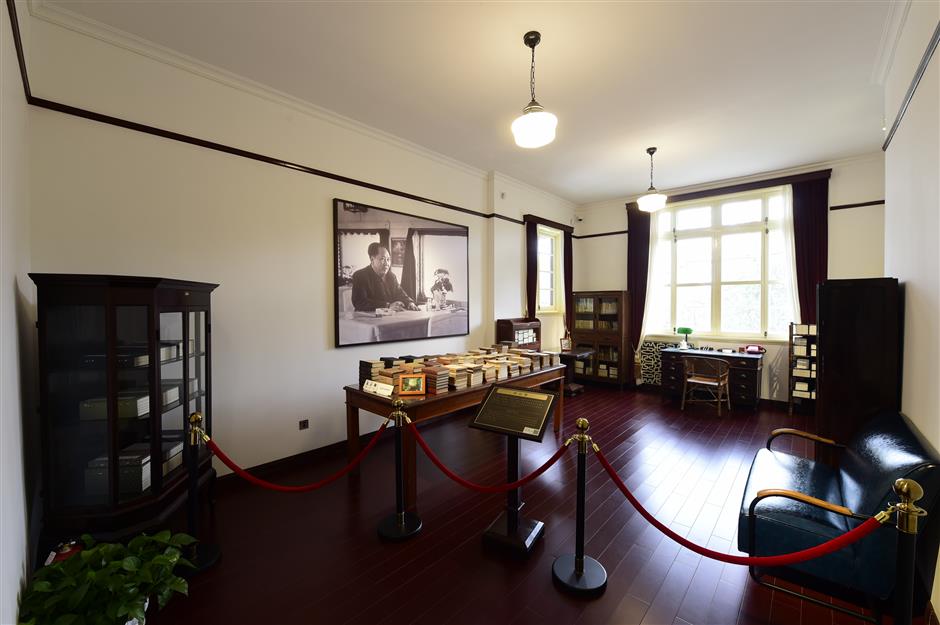 The Green Causeway is part of Xixi Wetland. Last year, President Xi Jinping visited Xixi to inspect the wetland protection project. Hangzhou government announced that the admission to the Green Causeway would be free to the public in a bid to share protection results with citizens last October.

Picturesque Meijiawu Village dates back more than 600 years, and is famous for its Longjing tea plantation. West of West Lake, it is surrounded by green hills and covered with tea bushes.

People in the hamlet of around 500 households make their livings by growing tea. From 1957 to 1963, Premier Zhou Enlai visited the village five times, directing the development of the tea industry. Today, tea is still the town's pillar industry. 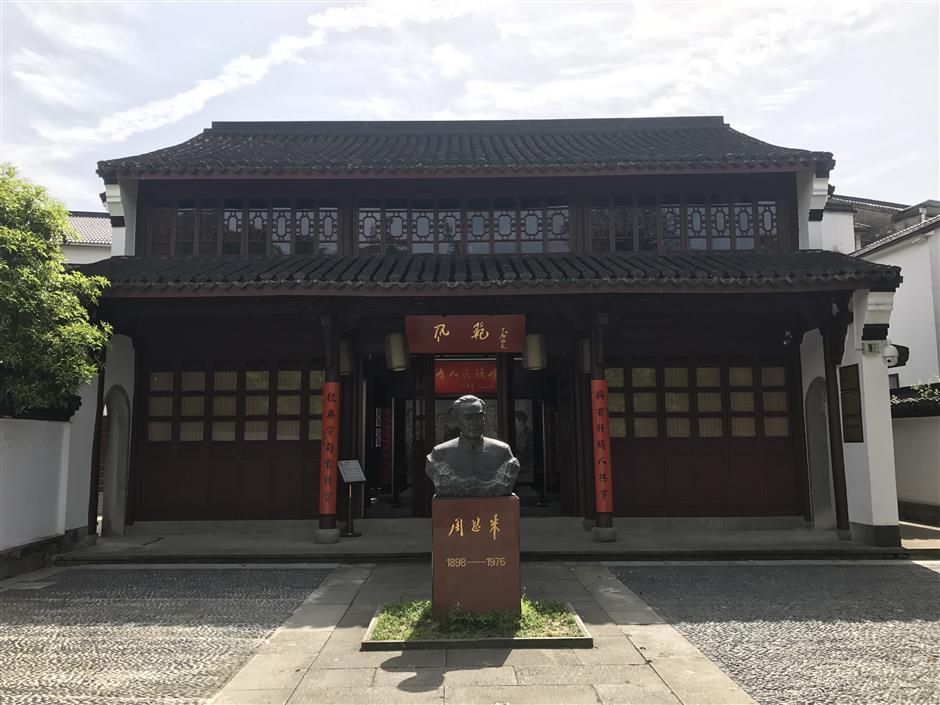 The museum is an ideal site for people to learn about the protection and dredging of West Lake since the founding of the People's Republic of China. 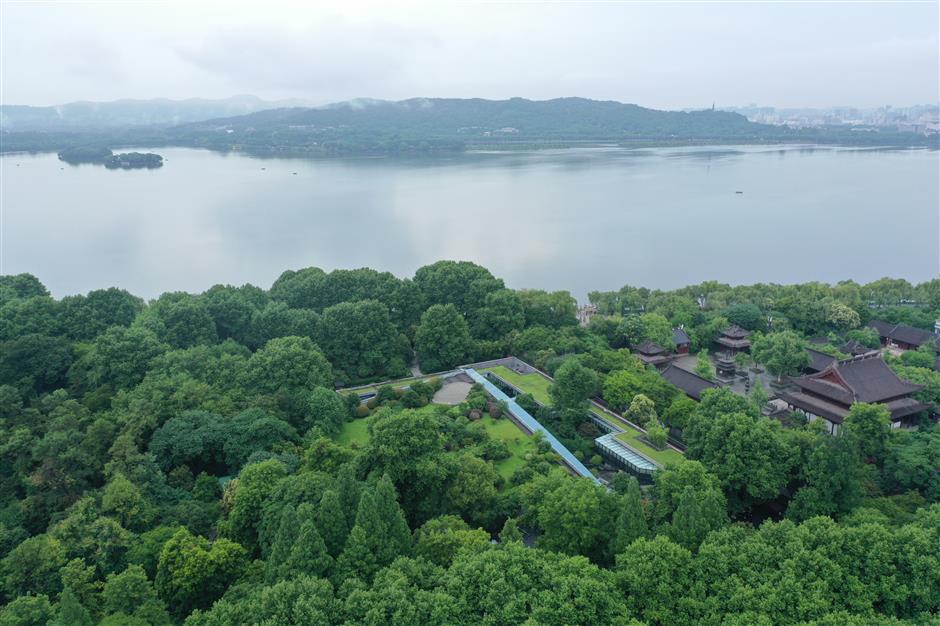 Special Reports
﻿
61761
,
Three villas: a tale of wartime skullduggery
Writers and artists of the past lend old lane a rich history
First bloom signals late start to osmanthus season
Time well spent: The revitalization of a Bund icon
Our prehistoric predecessors: They fascinate us, they scare us
'Red' tourism and culture travel activities abound in Jinhua Week
Near neighbors: The rich history and close residents of Ci'anli Building
Ningbo is becoming a new summer hotspot for tourism
Hangzhou's most popular 'red' tourism sites
Timber temple evokes debate over origins of its architectural style
EXPLORE SHINE