Can nature and a big metropolis like Shanghai rub along in harmony? Residential complexes in Changning District are looking for an answer.

Eight "habitat gardens" have been established in district neighborhoods, with technical support from the Nature Conservancy, a global environmental organization headquartered in the United States.

These gardens are different from common community recreational areas because they are built to welcome wildlife.

The latest garden to open is in the Tai'an residential complex in the Xinhua Road Subdistrict.

Tucked away deep inside a lane, the garden is surrounded by apartment blocks almost 40 years old. It has been nicknamed the "squirrel garden" after its most ubiquitous residents.

"The garden was built on two small pieces of cleared land in the neighborhood," said Mao Jing, an official with the neighborhood committee. "Originally, many trees grew here, which provides a solid ecological foundation for the garden." 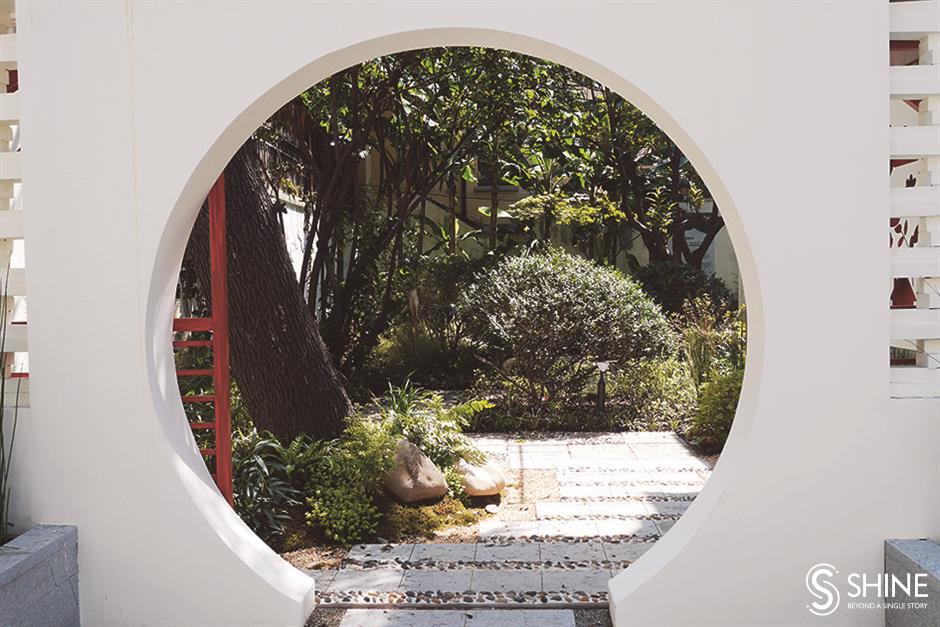 The Tai'an Habitat Garden is frequented by squirrels.

In the 300-square-meter garden, a pine tree even taller than the nearest building has been a favorite haunt of squirrels for a long time. Seeds that squirrels carry around, and sometimes forget, eventually sprout to produce more plants in the garden.

Mammals aren't the only wildlife in the garden. A "house" riddled with small holes has been set up against a wall. It's a winter shelter for butterflies and other insects.

"We also set up a bird-watching spot for the residents, where the viewing doesn't disturb the birds, a conservancy writer wrote on the organization's official Weibo account. "Meanwhile, we don't use any chemical fertilizers or pesticides in the garden. Everything is pollution-free."

To maintain harmony between man and nature, smoking, pets, skateboards and scooters are prohibited in the garden.

Nature Conservancy launched the habitat garden program in Shanghai in 2017. Two years later, the first garden opened in Changning, in the Hongxu No. 2 Complex in the Xianxia Subdistrict.

Built in the early 1990s, the Hongxu complex has very limited space between buildings that largely house senior citizens.

The garden is located on a small clearing at one end of the complex. Its ground is painted with green, blue and red geometric patterns. The area is filled with trees and flowers, with a large willow as centerpiece.

Before the garden was built, the willow tree was surrounded by piles of junk, largely dumped by local construction teams. Greenery was almost non-existent, and no wildlife ventured into the area.

"Back then, we residents never went there, especially when the weather wasn't good," says a resident who asked to be identified only by her surname Zhang. "It was smelly when it rained, and the ground was all slippery mud." 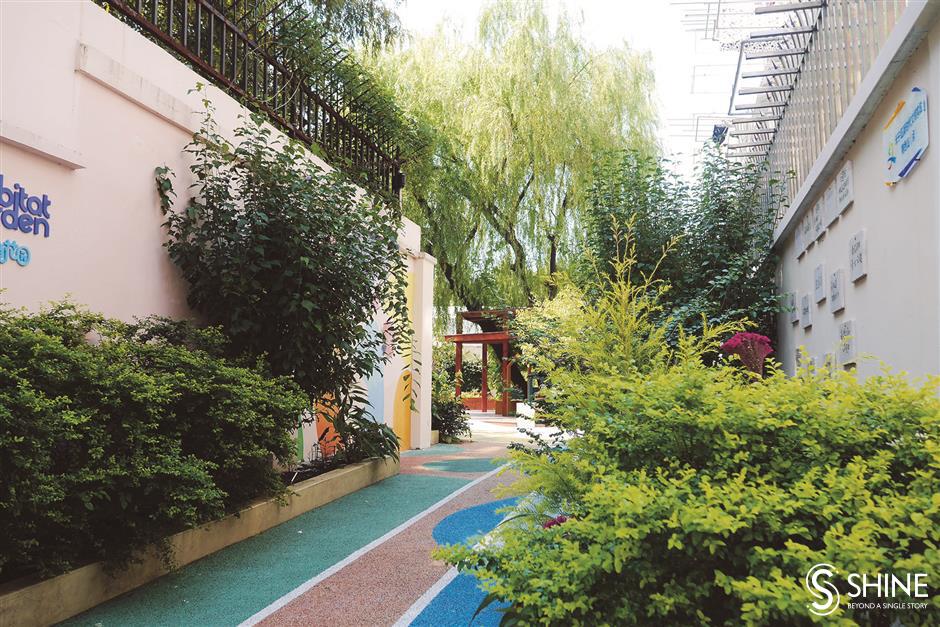 A willow is the centerpiece of the Hongxu Habitat Garden.

The garden is divided into three parts. A pavilion with a canopy frame provides a space for residents to relax. A cultivation area grows herbs and vegetables in raised boxes, and a small pond is surrounded by flowers.

The pond is a magnet for wildlife. Magpie robins, sparrows and spotted doves are frequent visitors, and birds not usually seen in city neighborhoods, such as hoopoes and Chinese grosbeaks, have also been spotted drinking and bathing at the pond. 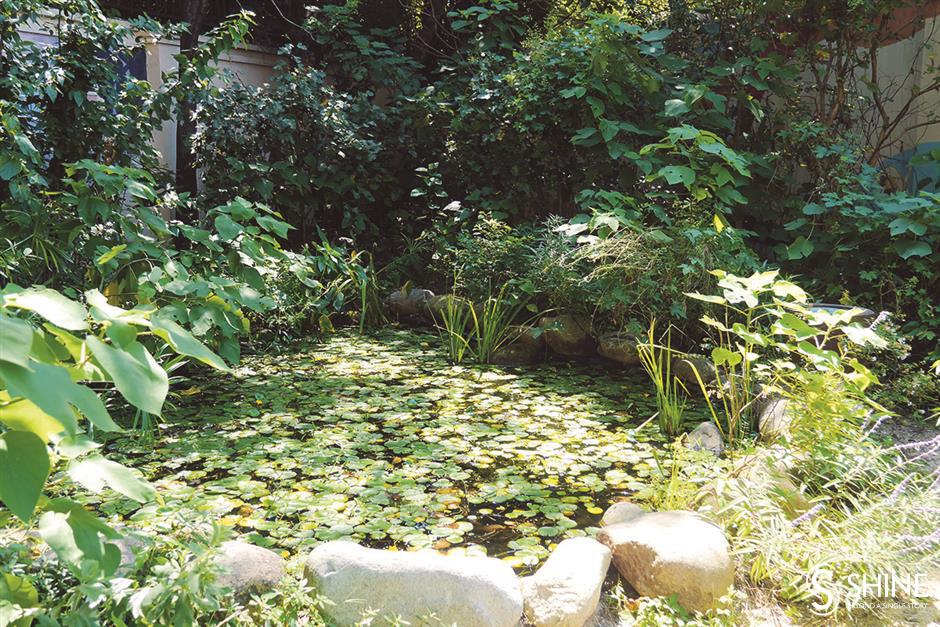 A small pond in the Hongxu Habitat Garden attracts birdlife.

According to the conservancy, birds need to constantly bathe to keep their flight feathers clean. An artificial spring with a steady flow is next to the pond.

"Residents volunteer to take care of the plants," Zhang says. "At first, some of them wanted to get the willow tree removed so that people could enjoy a better view. But now they understand that trees help attract birds, who need a branch to sit on while preening after a bath."

According to the conservancy, Changning was chosen for the habitat garden program because of its location.

"Take the Hongxu No. 2 Complex for example," Yu Linlin, director of the program, told a recent forum on urban construction. "It's close to the outer ring green belt of the city, which is a habitat for many species of animals. For migrating animals, the gardens are temporary stopovers for them to eat, drink and rest."

In nature, passageways link vast green lands, but cities may break such links. The conservancy wants to restore natural corridors by building habitat gardens, she said.

"Not many people realize it but in fact, a city could support very diverse species of wildlife," Yu said. "We as humans should learn to co-exist with them."