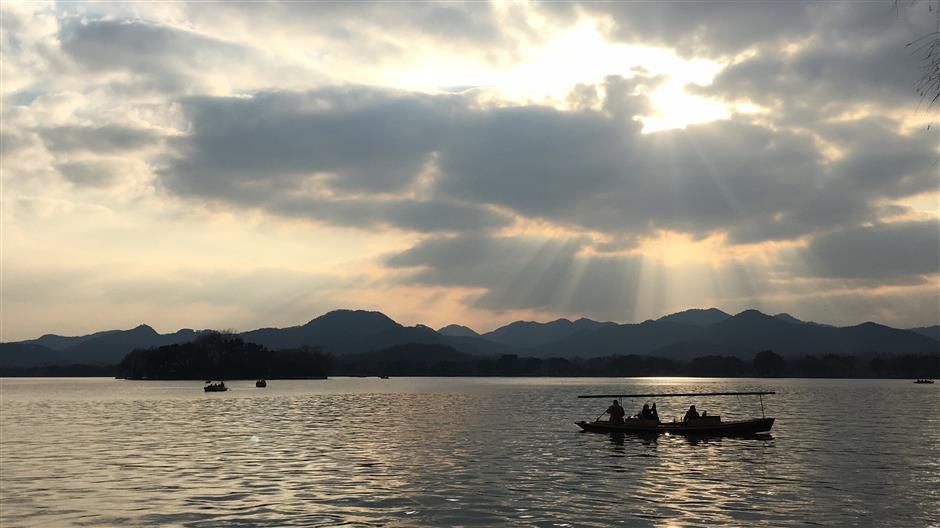 Tourists enjoy the charming landscape of West Lake on Hangzhou-style gondolas, a rowing boat operated by a boatman, to experience the most traditional way to get around the scenic lake.

In ancient times, people visited Hangzhou's West Lake by boat. Floating on the serene water and lingering over the picturesque lake was a joy for the body and mind, eulogized by poets through dynasties.

Present-day tourists can rent a Hangzhou-style gondola, a rowing boat operated by a boatman, or board a fancy antique-style boat to experience the most traditional way to get around the lake.

But not all tourists are willing to pay the high prices.

Now, the committee of the West Lake Scenic Area has launched a cruise line linking 10 attractions around the lake. Tickets range from 6 to 8 yuan (95-125 US cents) depending on the docks.

The committee suggests tourists walk or rent a public bike around the lake and go aboard when they encounter a dock. The boat runs half-hourly between 8:30am and 3:30pm from November to March. From April to October, it stops services at 4pm.

The cruise avoids the jammed traffic around West Lake, offering tourists a much more tranquil route deep into the western side of the lake, including Maojiabu Village and the ancient pilgrimage path to the Lingyin and Tianzhu temples.

Maojiabu, which retains its traditional architecture, is the starting point of a centuries-old trail used for pilgrimages to temples hidden in the lush vegetation of hilly area. 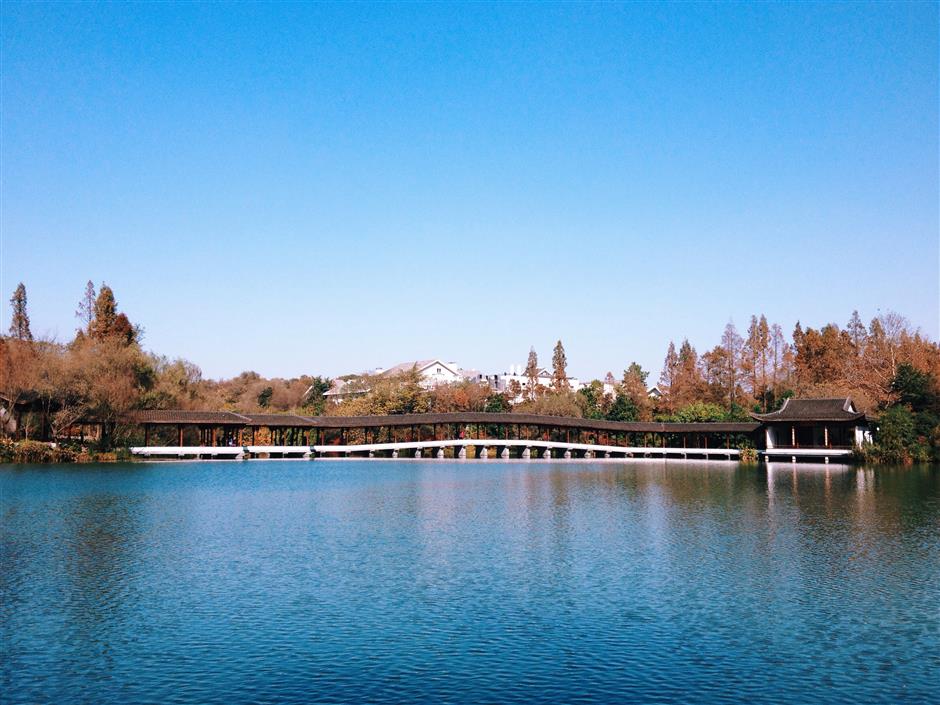 Traditional architecture is retained in Maojiabu Village, the starting point of a centuries-old trail used for pilgrimages to temples hidden in the lush vegetation of the hilly area. 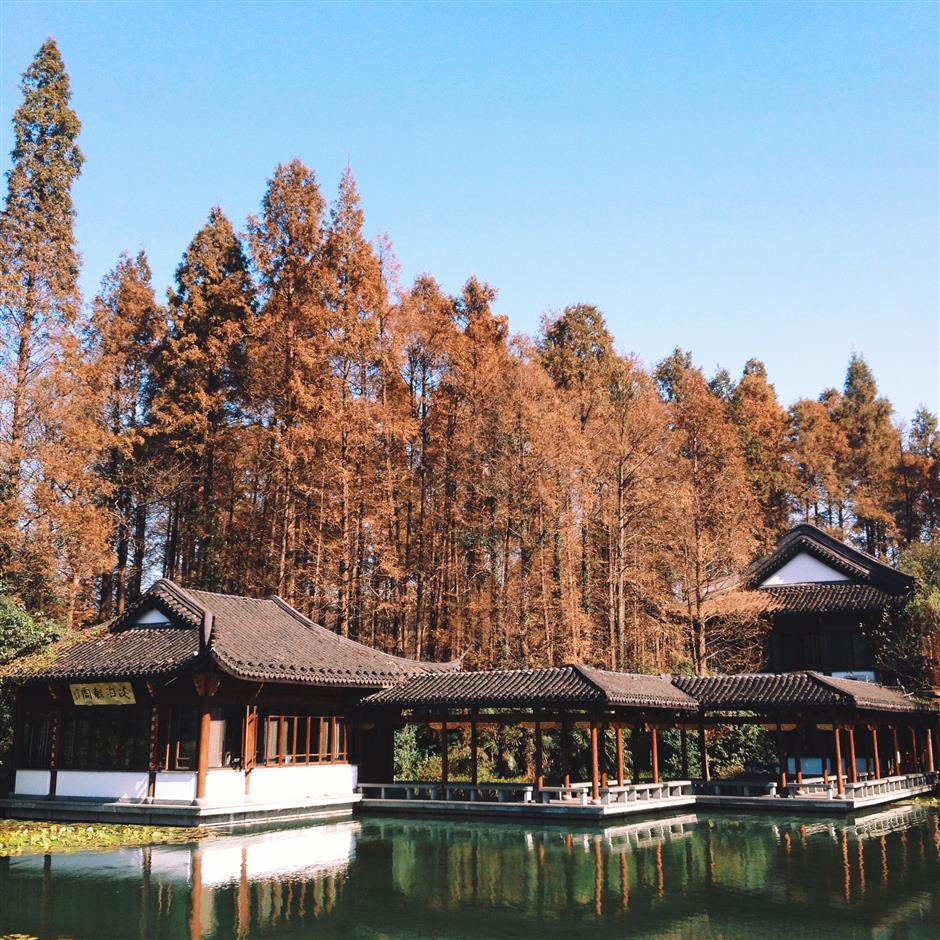 Maojiabu, which retains its traditional architecture, is the starting point of a centuries-old trail used for pilgrimages to temples hidden in the lush vegetation of hilly area.

Some off-the-beaten tracks provide authentic pastoral views in Hangzhou style. Tourists can feel the autumn breeze stroking your face, enjoy the green landscape around you and fill lungs with the fresh air.

As well as the scenery, the cruise also links some cultural spots, like Du Jinsheng's Former Residence and Qianwang Temple.

Du Jinsheng is not only a silk factory, but also the name of the brand founder. Born in a small village near West Lake in 1898, Du studied textiles in university and then opened a textile weaving workshop in Hangzhou, a move which kick-started the famed Du Jinsheng Brocade Mill in 1922.

Du Jinsheng's Former Residence has been converted into a small museum consisting of his living quarters, a workshop and a showcase of his mill's products.

Qian and his successors built hydraulic infrastructure and encouraged the development of local farming, which laid the foundation and layout of modern-day Hangzhou city.

﻿
Special Reports
﻿
61761
,
61863
,
Explore the charm and romances of the West Lake
Celebrating the majesty of the Grand Canal
The hosts roll out the welcome mats. Where are the guests?
New corridor to promote tourism, environment
Greece ― a year-round holiday destination
Armchair excursions: touring the city without leaving home
A trip to yesteryear along Metro Line 16
Transportation gateway to Hangzhou's rich history
Metro Line 9, a gateway to Yuhang's many splendors
Walk back in time on Hangzhou Metro Line 7
EXPLORE SHINE